There are many approaches to barbecue. As technology slowly invades our lives, it’s easy to forget about the simple, honest approach to delicious slow cooked meats. The Weber Smokey Mountain and Pit Barrel Cooker both offer their own unique take on the basic idea of smoking meat the simple way.

These two devices feature sturdy, vertical cylinders that you can use to control the flow of air over a charcoal fire. While these cookers aren’t as worry-free as a Camp Chef or REC TEC pellet smoker, these old-fashioned cookers can still produce barbecued meats that are every bit as tasty. But what differentiates Pit Barrel Cooker vs WSM?

Here’s a quick overview of the differences between these two popular charcoal smokers. After you read these reviews, you’ll be able to determine whether a Pit Barrel smoker or a Weber barrel grill is right for your backyard. 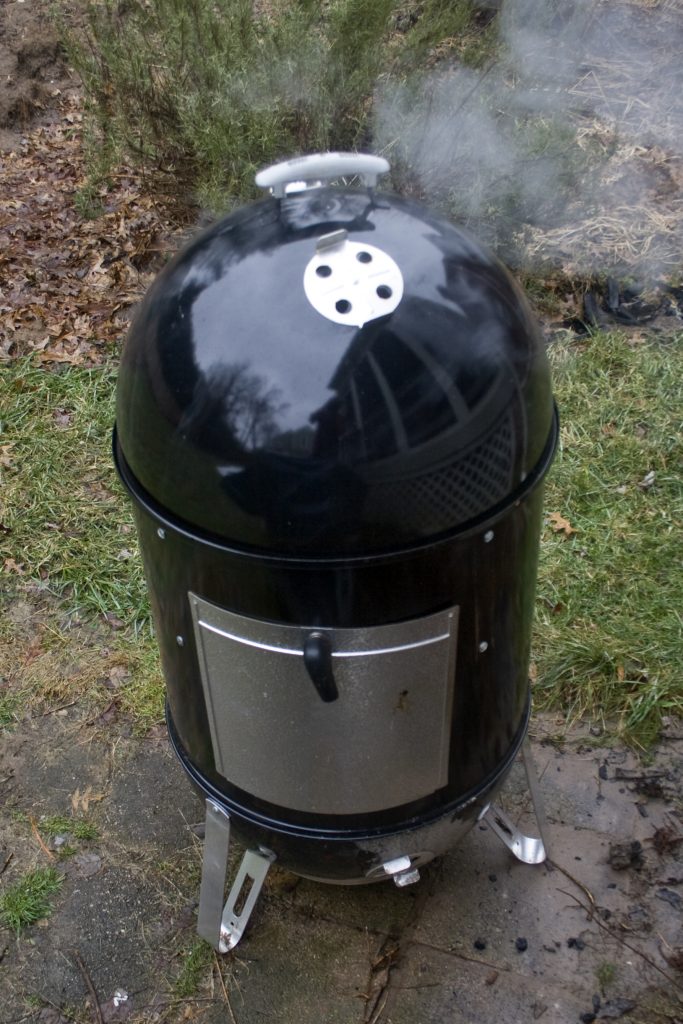 Before we dive into why this is important, let’s talk about the basics of the WSM. The Weber Smokey Mountain Grill is a barrel smoker, which means it’s pretty much a sealed metal barrel with some holes at the top and bottom so that air can flow through it. You light a fire at the bottom of the barrel, place your meat above it, and simply watch and wait while the airtight metal container does most of the work for you.

The Smokey Mountain has two cooking grates, a water pan, and a built-in thermometer that helps monitor the temperature in the lid. Other than these features and the carefully designed holes, it’s pretty much just a metal can.

Of course, if you’re familiar with how fire works when you grill, you know how important these holes are. Fire consumes fuel and oxygen to generate heat. If you can control these variables, you can control how hot a fire is. Since the Weber Smokey Mountain has lots of adjustable air vents, you’re able to carefully regulate the flow of air through the bottom, into the fire, and out the vent at the top.

The intake valves are best used for coarse control, while the exhaust vent at the top gives you the ability to make careful adjustments to get the temperature inside your smoker just right. Steady, even temps are key to consistent, high-quality barbecue, which means the Smokey Mountain is a brilliant option for people who are trying to make the best meat in the neighborhood.

Now, the Smokey Mountain is not totally hands-free. In fact, it’s pretty much the opposite. While you can leave the Smokey Mountain unattended for short periods of time, it’s got a live flame in the bottom that you’ll want to check on every once in a while. There’s no automated auger or fancy thermostat inside this barrel cooker. Instead, it’s up to you to head out to the backyard, check the temperature, and adjust the vents. On long cooking jobs, you might have to carefully load in more briquettes while the cooker is hot.

Some people are comfortable leaving their Weber Smokey Mountains to work while they sleep or go to work, but this isn’t always a good idea. Traeger was famously founded when a backyard barbecue enthusiast left his smoker running and came back to find that it had tipped over and started a fire. 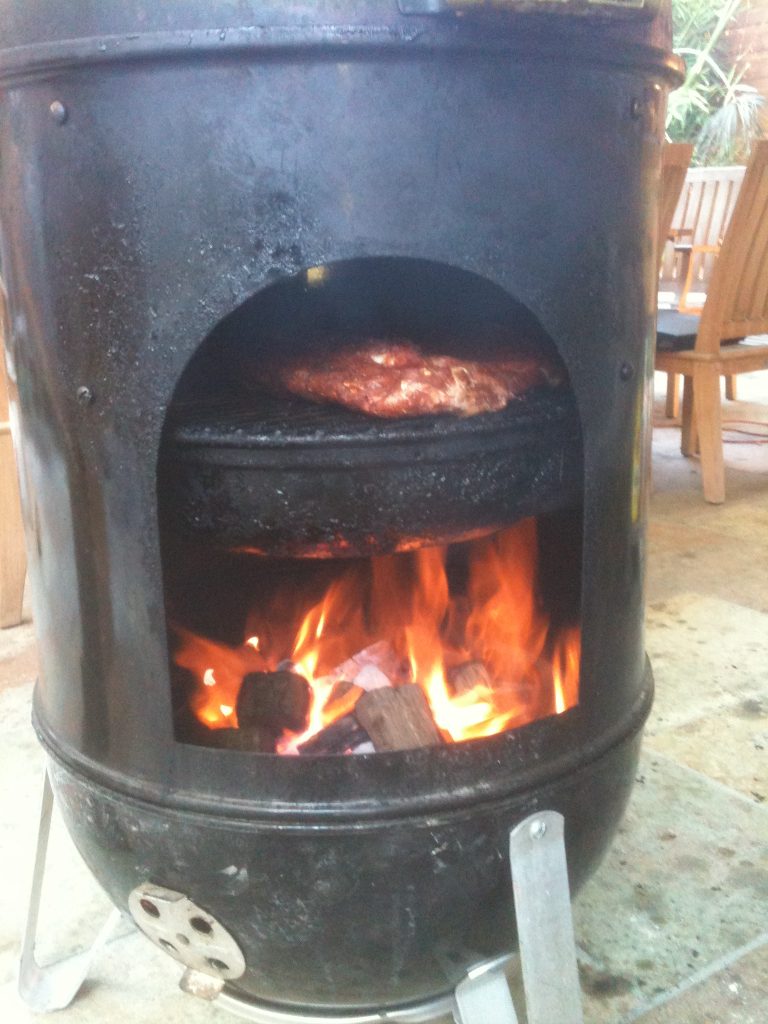 While the Smokey Mountain is a simple tool, there’s lots of nuance to its operation. Those of you who love to tinker and experiment will enjoy finding the right combination of vent apertures to use, how to arrange the fuel, and how much fuel you’ll need for each cooking job.

There’s a lot to master here. Still, the operation is simple enough that you can follow some basic instructions and produce some pretty barbecue without putting in an excessive amount of work.

One thing to note: while the Weber Smokey Mountain can be put together fairly quickly, experts recommend that you should “season” it by cooking fatty meats until the cooking grease forms an airtight seal around the lid. This pretty much just involves throwing some fatty meat you don’t want to eat inside the smoker for several hours.

Once you’ve done this a couple of times, the natural cooking gunk will clog up any air holes and give you much better control over your smoker’s temperatures via the adjustable vents.

Overall, the Smokey Mountain is a solid option for anyone who wants some control over their barbecue. The simple design gives you plenty of leverage to manipulate the internal cooking temperature, which is key for developing bark and getting your meat fork tender. If you’re after a conventional barrel smoker that’s easy to handle, the Smokey Mountain is a solid choice. 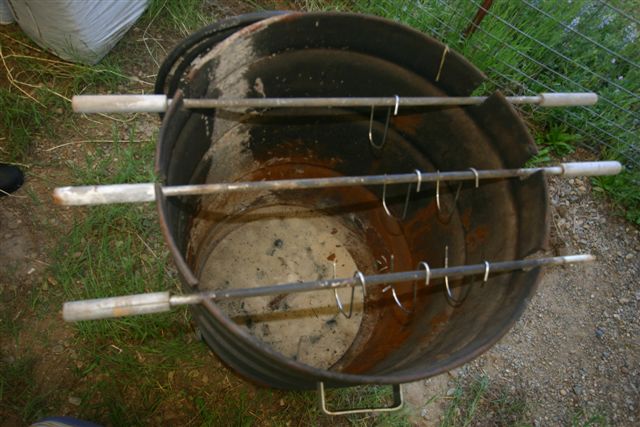 This Pit Barrel Cooker Package differs from the Weber Smokey Mountain grill in a number of surprising ways. Based on the review above, you might think that barrel cooking involves carefully manipulating the flow of air over a charcoal fire to deliver just the right amount of heat.

The Pit Barrel Cooker throws that idea out the window.

Rather than give you lots of options, it’s got a simple air vent that’s barely adjustable and no exhaust controls whatsoever. Instead, it relies on clever internals and an effective shape to give you consistently tender smoked meat.

The Pit Barrel Cooker dimensions are 21” x 21” x 31.1”. It’s basically a 30-gallon steel barrel with a lid, a grate for your fire, and a grate for your food. The most important feature, however, is the inclusion of a set of hangars. By hanging your ribs (or brisket or chicken) from a series of steel hooks, you can turn your smoking experience 90 degrees and get some pretty impressive results.

I can’t tell you why turning your meat sideways is so effective. Nobody can, as far as I can tell. If you haven’t tried the Pit Barrel smoker, you might think that this simply burns the bottom of your meat and overcooks the top. This is NOT the case. Instead, the meat comes out even more evenly cooked. It’s juicy, tender, and delicious in a totally unexpected way.

I’m not sure if the science has to do with the distance from the meat to the barrel, the amount of empty space inside the barrel, or the orientation of the meat, but I can tell you with a lot of confidence that my anecdotal evidence suggests that hanging meat is definitely the way to go with this smoker. One interesting (and measurable) side effect is that your meat will come up to the proper internal temperature a lot faster than you might be used to, so be prepared to pull a 10-hour brisket out two, three, or even four hours early. 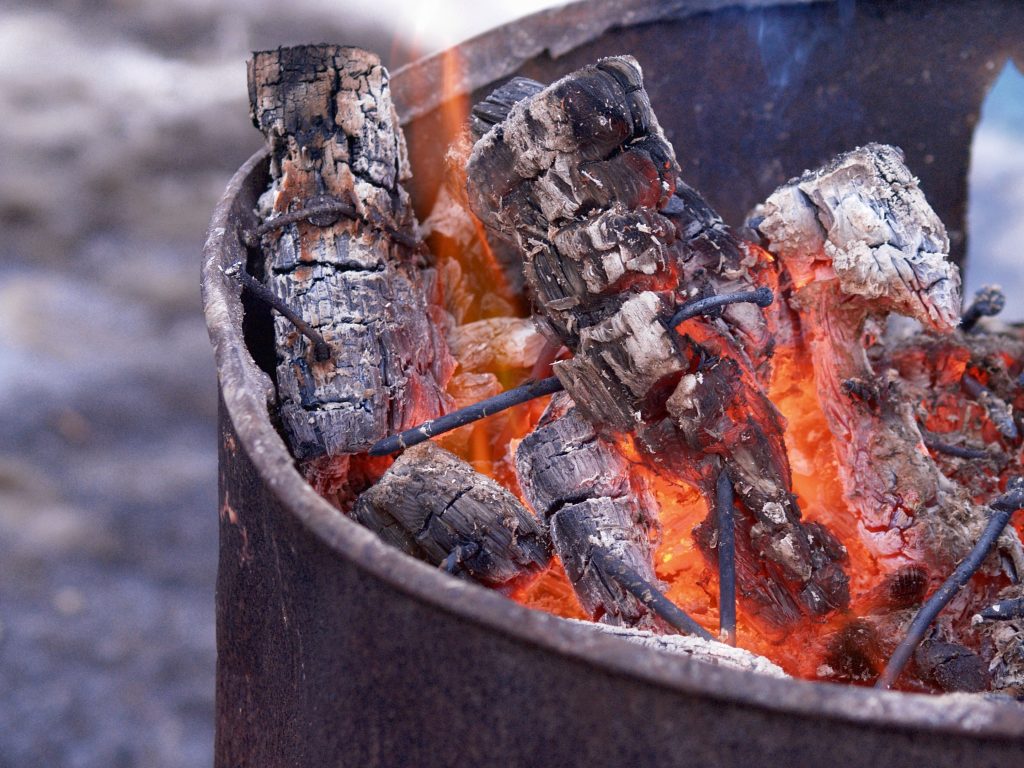 Now, there is a downside to this smoker, and that’s the lack of control. While the vertical orientation of your meat certainly affords lots of advantages, you’ll be hard-pressed to dial in an exact smoker temperature with this unit.

Instead, you’ve got a single valve at the bottom that you’re nominally supposed to use to compensate for barometric air pressure. This does NOT give you a lot of tools to use as far as temperature control. If you’re cooking for a barbecue competition, this will probably present a problem.

For home use, though? You’re probably fine.

The clever design of the Pit Barrel Cooker seems to give you a bit more leeway in terms of fire temperature, and barbecue is a bit more forgiving than the internet wants you to believe. You can’t have fun tinkering, sure, and you may very well smoke briskets, poultry, and sausages that are marginally worse than ones produced in a more controlled environment, but you also don’t have to check the darn smoker anywhere near as often. By surrendering a bit of control, you get a tool that’s more user friendly, to the point of being somewhat idiot-proof.

If you’re less concerned with the exact temperatures inside your smoker and you’d prefer to have a set-and-forget tool that’s still very hands-on, the Pit Barrel Cooker is a very good choice. You’ll be able to smoke all sorts of tender, delicious meats (and other foods!) in your backyard with a very small amount of effort.

Both the Weber Smokey Mountain grill and the Pit Barrel Cooker Package give you the power to make succulent smoked meats in your backyard. The Smokey Mountain is a better choice for people who enjoy control, while the option to hang meats from the Pit Barrel and the surprisingly effective shape make it slightly better for people who don’t want to babysit their cooker as much.

Again, though, both options are excellent for pretty much every type of barbecue, so don’t be afraid to choose the one that’s on sale or the one that’s easiest to get in your area. 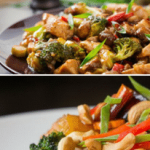 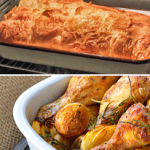 Best Ceramic Bakeware You Need in Your Kitchen