Cajun and Creole mixes are two popular types of aromatic seasoning used in a variety of foods. Both these seasonings are common in dishes like grilled meat and fish, stews, and thick soups.

While both Cajun and Creole have intense aromas and flavors and can be used interchangeably, their main difference is the ingredients they are made from.

Cajun seasoning is made mostly from a mix of peppers, including black, white, and cayenne.

Meanwhile, Creole seasoning is made with different herbs, like thyme, oregano, bay leaf, paprika, and rosemary.

The peppers in Cajun seasoning make it spicier than Creole seasoning, which is instead more flavorful.

Comparison Chart: Is Cajun Seasoning the Same as Creole Seasoning? 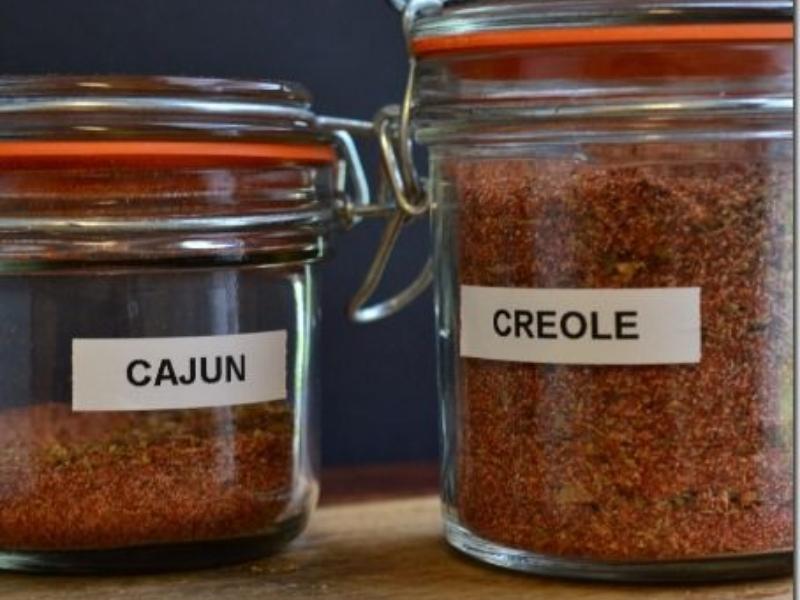 Cajun seasoning is a mix of herbs and spices that can be added to different dishes to enhance flavors and add a hint of spice.

Cajun seasoning comes from Cajun cuisine developed by French immigrants in Canada and the US.

Cajun seasoning is made with a blend of different peppers and dried vegetables, which give it a spicy and earthy taste.

This blend is used in various traditional Cajun dishes, as well as in many European cuisine recipes.

History and Origin of Cajun Seasoning

Cajun seasoning dates back to the history of French colonialism in the 18th century when Cajun cuisine first appeared.

The French who resided in the territory of modern-day Canada were called Acadians.

They were deported by the British, who called the French settlers “Cajuns” by mistake, from Canada to Southern Louisiana.

Due to the change in climate after relocation, Cajuns had to learn new ways of cooking. This was how Cajun cuisine emerged.

Today, it is known as “rustic cuisine” because the immigrants had to use simple local ingredients due to poverty. Most dishes in Cajun cuisine use a dark or a light roux as a base, which is a technique the local community in Louisiana inherited from the French.

Cajun dishes are simple, spicy, and aromatic. The seasoning in Cajun cuisine is commonly made from scratch.

It matches the flavors of the so-called Cajun “Holy Trinity” of vegetables—green bell pepper, onion, and celery.

Cajun seasoning is made with rustic herbs and spices found locally in Louisiana. These include black, white, and cayenne ground peppers, which give the seasoning its heat and spice.

The other distinct aromas and flavors in Cajun seasoning result from adding dried carrots and celery, onion and garlic powders, and salt.

How to use Cajun Seasoning

The best-known dishes in Cajun cuisine are a spicy thick shellfish or meat stew soup called gumbo and the rice-based dish jambalaya.

Cajun seasoning also goes well with dishes that have a similar style to Cajun cuisine, like hearty stews, roasted pork, thick seafood or shellfish soup, and rice dishes with meat.

Use Cajun seasoning for meat rubs, sausage from scratch, or long-cooking stew.

The best use of Cajun seasoning is jambalaya—a spicy, aromatic, and heart-warming rice dish. To make jambalaya, use the following ingredients:

Saute chicken and sausage in a pot for 5 minutes. Then add diced vegetables, Cajun seasoning, and salt.

Finally, add chicken stock and rice, bring to a boil, and let simmer for 20 more minutes.

Where to Buy Cajun Seasoning

Cajun seasoning can be found in most supermarkets and grocery stores in the US or ordered online from Amazon. The price of Cajun seasoning is $0.53 per ounce.

It can be bought in various sizes, from small 6-ounce bottles to bigger 23-ounce boxes.

When buying Cajun seasoning, look at the ingredients listed on the packaging. Avoid buying seasoning with many additives, like glutamate, which may be unhealthy. 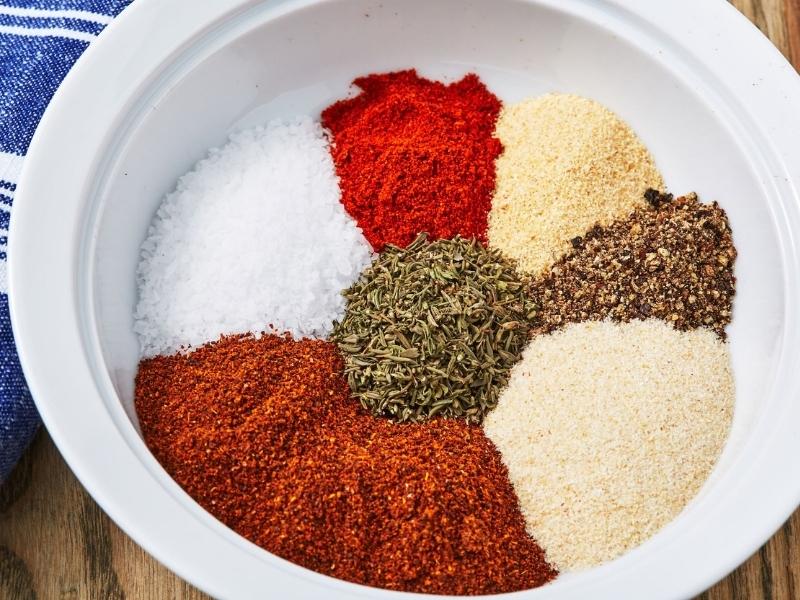 Creole seasoning is an aromatic mix of herbs used in cooking traditional Creole dishes like stews, soups, meat, and seafood.

Creole seasoning represents the culture of Creole developed by immigrants from Europe, West Africa, and the Caribbean.

It’s made with a blend of dried herbs and mild spices and works well with a broad range of both traditional Creole dishes and popular Mediterranean foods.

Unlike Cajun seasoning, Creole mix is not spicy but gives food enhanced aromas and complex flavors.

History and Origin of Creole Seasoning

The Creole community, based in Louisiana, consists of immigrants from France, Spain, West Africa, and the Caribbean, and also of Native Americans.

Creole culture originated in New Orleans and presents an example of “city cooking” unlike the rustic Cajun.

Creoles were considered a higher class, so they could afford high-quality ingredients in their cooking, including cream and butter, seafood, and high-quality red meat.

Creole dishes have a tomato base which marries well with Creole seasoning.

Creole seasoning relies on dried herbs and fewer spices, which makes it a mild and aromatic addition to the dishes.

Some Creole mixes might include celery powder, cayenne pepper, white pepper, and basil.

There are no calories in a 12-gram serving of Creole seasoning. It contains no fats, carbohydrates, or proteins.

There are 2500 milligrams of sodium in one tablespoon of Creole seasoning.

How to use Creole Seasoning

The best use for Creole seasoning is in dishes such as Creole gumbo (which is different from the Cajun version), crawfish étouffée (which is rice with crayfish and gravy), or a dish known as shrimp and grits.

Gumbo is the most well-known traditional dish made with Creole seasoning. For a quick recipe, you will need the following ingredients.

Start by sauteing the chicken in a large pot for a short time until it’s half-cooked. Stir in the diced vegetables and cook until they are tender.

Add chicken stock and Creole seasoning, then bring everything to a boil.

Make the roux by mixing flour with butter in a hot pan. Then stir until the mixture is uniform and dark. Carefully mix the roux with the broth until the liquid is smooth.

Simmer for another 30 minutes, then add shrimp and okra, and cook for 2 more minutes. Serve with rice or on its own.

Thanks to its rich aroma and mild taste, Creole seasoning works well in most savory dishes, including grilled meat and fish, tomato-based pizzas and pasta, vegetable stews, and soups.

Where to Buy Creole Seasoning

Creole seasoning is available in most US grocery stores and online platforms.

The seasoning costs around $0.56 per ounce and is offered in different sizes, usually in the range of 8 ounces to 32 ounces.

Cajun and Creole seasoning are two traditional spice and herb mixes used in a variety of dishes. These mixes can sometimes be used interchangeably due to their similar ingredients.

However, Cajun seasoning is spicier and uses different types of fragrant and hot peppers, while Creole seasoning is composed of dried aromatic herbs.

Both mixes are great in a range of recipes.

Cajun seasoning works particularly well for dishes that need some heat, like spicy stews and soups, and is the best option for those who prefer food on the spicier side.

Creole seasoning works great with tomato-based dishes. It can not only be used in the traditional Creole recipes but also adds wonderful flavors to Mediterranean dishes. 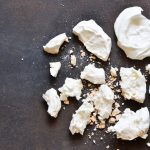 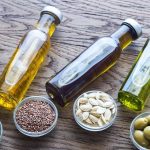 What to Use Instead of Vegetable Oil