The Earl Grey tea is fast becoming one of the most consumed beverages in the world today, known for its numerous health benefits and unique taste, no wonder everyone wants a taste of it. But the question still remains what do we really know about this amazing tea.

In this post I will show you guys not only how to properly prepare the Earl Grey tea (to get that undiluted strong taste) but also introduce you to so much useful information about this awesome tea including the best Earl Grey tea brand money can buy.

What is Earl Grey Tea?

Originally the Earl Grey tea is a black tea hence it was called Earl Grey Black tea but as time went on some tea companies were able to produce other varieties such as oolong, green, etc. The taste of this special tea is so unique and refreshing that once you have a taste it will leave you begging for more. As a matter of fact, some persons even consider it addictive.

How the Tea is Flavored

When we say a tea is flavored it basically means that the tea whether black, blue, or oolong has been scented or mixed with fruits, oils, spices, etc. There are indeed many ways the Earl Grey tea is flavored, some of which may include:

Origin of This Amazing Tea

There are so many theories as to the origin of the Earl Grey tea but the most common and popularly accepted origin of the tea is that it was named after former British prime minister Charles Grey, 2nd Earl Grey, in the 1830s.

It was reported that he received the flavored tea as a gift from a thankful Chinese mandarin whose son was rescued from drowning by one of the Earl Grey’s men. But this tale appears not to be true, as records show that the Earl never visited China. Also, bergamot oil wasn’t used to scent tea then in China. However, as this tale was increasingly told, so it became increasingly believed.

According to the Grey family, the tea was specially blended by this Chinese mandarin for the Earl, to suit the water at Howick Hall, the family home in Northumberland in the north of England. Bergamot was added to offset the high lime content of the local water.

There are also other theories of the Earl Grey tea being originated by the Jacksons of Piccadilly tea manufacturers in the 1800s, there were claims by the Jacksons that the recipe has always been with them. The Earl himself having given it to them. And another that a 19th-century tea merchant called William Grey created Earl Grey. Indeed, records show that William Grey advertised his blend in publications at the time.

Ingredients and Varieties of the Earl Grey Tea 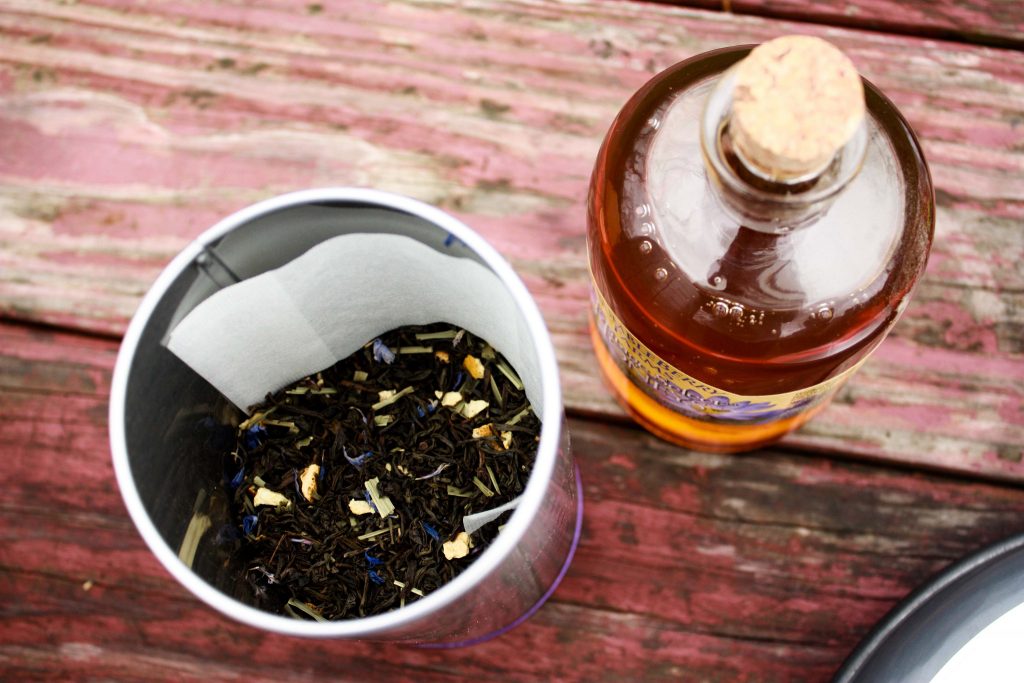 See Related Article: How to Create Muffins Without A Muffin Pan – Muffins and Cupcakes With No Special Dishes

This tea is ranked amongst top quality Earl Grey teas in the world, it is known for its rich flavored black tea with bergamot flavor. Only the very best bergamot oil is used, sourced from the same garden in Calabria, Italy year after year. This flavorful and aromatic bergamot is then blended with a bold handpicked black tea. Aside from the fact that it’s gluten-free, it is also free from carbohydrates and calories that might cause overweight. The Bigelow Earl Grey tea also contains substantial amounts of antioxidants that can easily fight off diseases like cancer. It contains a total of 120 teabags

Give it a try!

This is also another top-grade Earl Grey tea that is known for its convenient packaging and freshness. It contains a hundred tea bags and can be served hot or ice cold. It also contains caffeine. It also features bergamot oil sourced from the extra sunny orchards of Calabria, Italy, carefully balanced with a blend of fine, bold black teas. 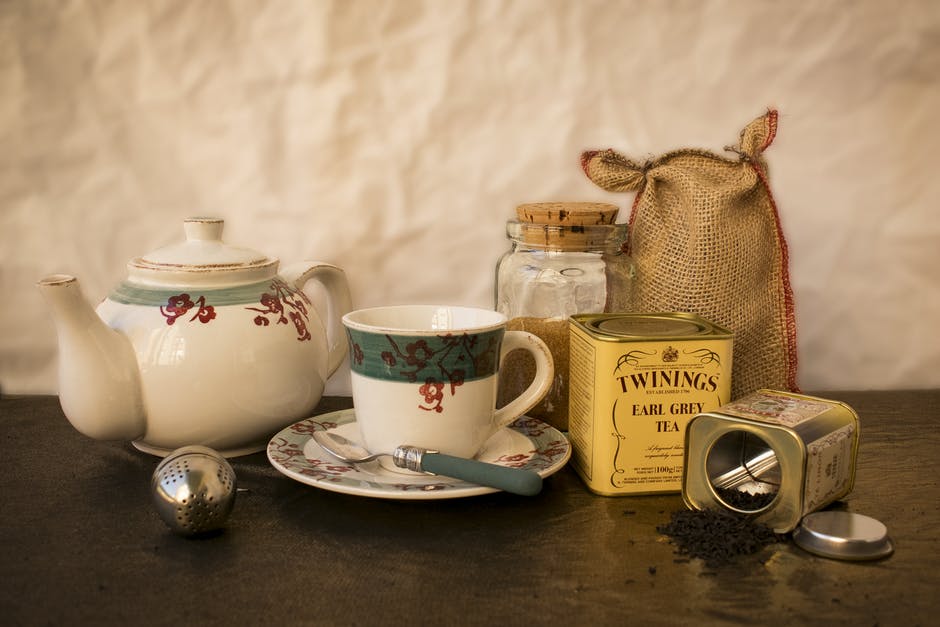 Just as the name suggests the Numi organic tea is a hundred percent organic, they are usually hand-picked with no form of contamination hence its hundred percent organic nature. This tea is made using real Italian bergamot, it is very affordable but heavily caffeinated, it also contains a three-bag teabag. Assam black tea from Tonganagaon, the largest organic Fair Trade tea estate in India, is aged with bergamot for several weeks to make this bright, balanced black tea. As well as being organic, you can be sure of the ethical nature of this Earl Grey tea brand. Numi’s Together for H2OPE project brought clean water and sanitation to over 6,500 farmers and their families. Workers have used Fair Trade Premiums to purchase clean-burning cook stoves and food-safe aluminum containers to bring their lunches to work.

Look out for it!

The 16-ounce bag of tea is yet another Earl Grey of fine quality. The Davidson tea is a tea formed from loose leaves. It is a tea that contains a unique blend of black tea mixed with natural bergamot oils. This Earl Grey combines full-bodied organic black tea with the natural oil of bergamot to create a brew that is both deeply layered and delightfully citrusy. Davidson’s organic black tea is sourced from family tea gardens in the Darjeeling and Assam regions of India.

Know for its numerous health benefits, the Twinings’ tea is a balanced blend of black tea and bergamot citrus fruits extract. This high-quality Earl Grey tea is also known for its unique and refreshing taste. It contains a hundred bags of tea that can last for a month. From one of England’s most established and famous tea-makers, Twinings exquisite Earl Grey tea is famous around the world. The brand claims on its website that they were the original manufacturers of this iconic blend, at the personal request of Prime Minister Charles Grey, 2nd Earl Grey, to Richard Twining in 1831. The Earl loved his own specially blended tea so much, that he wanted others to enjoy it too, and put his name on it.

The Harney and Son’s brand of Earl Grey tea was founded about thirty years ago. It is known for its supreme blend of lemony flavors, it contains four different tea varieties and comes with a package of twenty sachets or fifty sachets. Harney and Son’s in fact offer two types of Earl Grey tea. Earl Grey Supreme, which uses a higher grade of black and white teas, bergamot oil, along with the addition of Silver Tips. The other, Victorian London Fog was the winning blend in their customer creation contest after thousands of blends were submitted by the brand’s loyal consumers who then chose between the top 5 flavors. The blend called London Fog originated during the Victorian era. Traditionally, it is an Earl Grey served with steamed milk. The Harney brands are made from black tea, oolong tea, bergamot oil, lavender, and natural vanilla flavor.

Go on and buy!

How Much Caffeine in Earl Grey Tea? 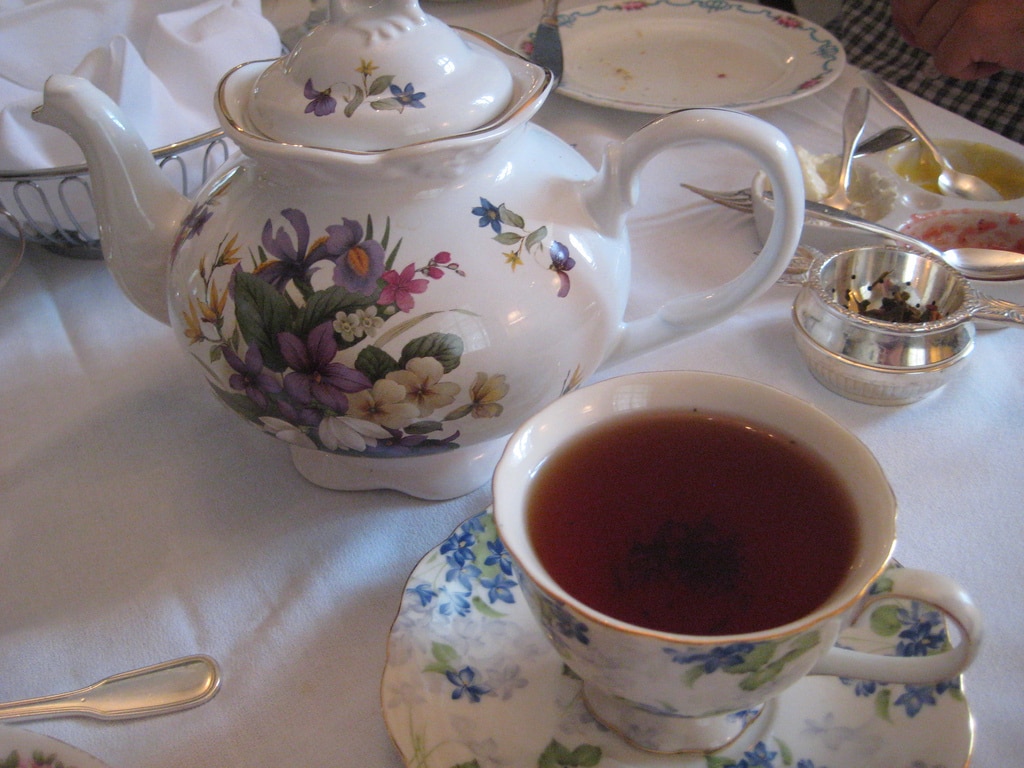 Pregnant women should as much as possible try to avoid consumption of this tea in large quantities as this might affect the baby. Please kindly consult your doctor for instructions on consuming large quantities of Earl Grey.

This is actually a very popular question amongst potential users, well, since the black tea is blended with bergamot oils there’s bound to be some element of sweet, floral lemony, and malty taste altogether. A cloud of milk and a little bit of sugar can also enhance the floral taste.

Usually, there are instructions on how to prepare the Earl Grey tea written on the packs which you can follow to get excellent results but generally, these are the tips/procedures for preparing the Earl Grey tea.

How to drink Earl Grey Tea

The Earl Grey Tea health benefits are actually pretty amazing and it is one of the major reasons I got interested in the tea, some of which includes the following.

Read Related Topic: Substitute for Horseradish – What To Use Instead

Finally, we have come to the end of this post, and for those of us that had little or no idea of what this amazing tea entails I would like to believe that you guys have really learned a lot about the usefulness of Earl Grey Tea.

I have been using it for quite a while now and I have indeed seen noticeable changes in my life and I have also seen how unique and different it is compared to other teas. So, get out there and grab yourself a bag of the awesome Earl Grey Tea. 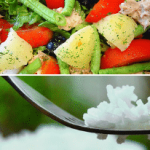 What to Serve with Gumbo – The Best Side Dishes? 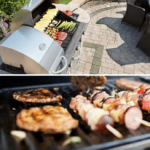