Last Updated Jan 2022 – I’ll be honest with you: you won’t easily find a more enthusiastic Trekkie – I’ve seen even the bad movies hundreds of times, and I’ve watched just about every episode of the series to date. I even love the new series Star Trek: Discovery, and as time goes by, as a person that’s very interested in cooking, I’ve tried to emulate some of the more otherworldly dishes that have been featured on the various Star Trek shows.

As a person that’s always busy, I also fashion myself to be quite the coffee connoisseur, and this is where my two passions led me to my newest culinary pursuit: making my own raktajino, or as fans of the series often call this Klingon coffee, raktacino.

Believe it or not, this Klingon coffee wasn’t a drink that was often consumed by the Klingon crew member of both Star Trek: The Next Generation or the later seasons of Star Trek: Deep Space Nine, Commander Worf. In fact, it was primarily consumed by the senior staff of Deep Space Nine, especially his wife, Jadzia, and friend, Kira Nerys. Outside of the crew, this seemingly addictive drink was ordered by the occasional Klingon, but clearly, its taste and effects were favored by the station’s inhabitants. 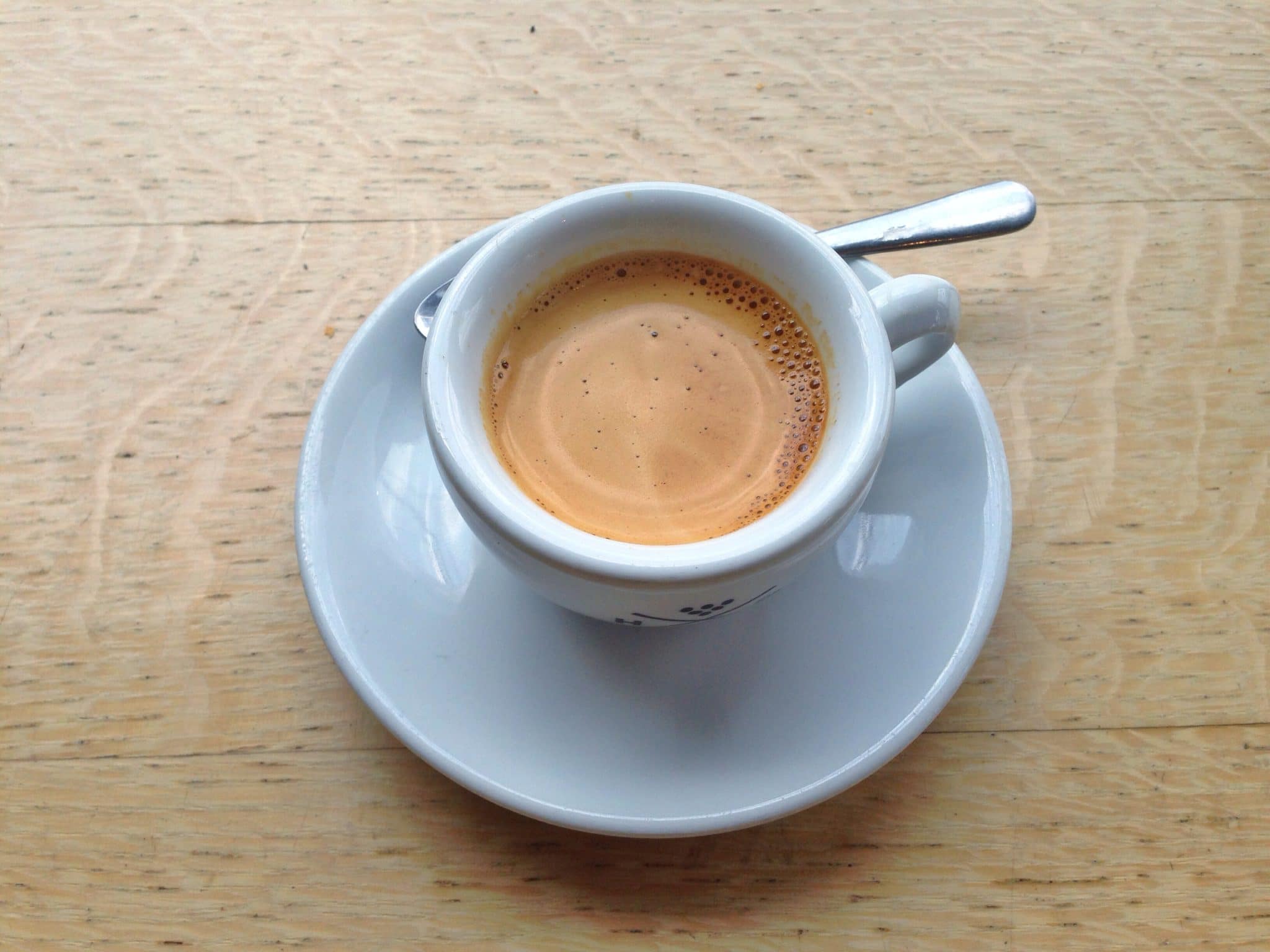 How the Drink Should Taste

Put simply; this is supposed to be an alien drink, so don’t be afraid to explore your palate when you’re ready to make your first cup.

To be honest, it really wouldn’t be Klingon if it didn’t have a bit of spice, right?

For this reason, if you want to kick it up a notch, feel free to throw in a few interesting ingredients like cayenne pepper or smoked paprika to your drink. Having said that, some people like the drink on the sweet side as well, which illustrates how varied the experience can be. I’ve had both variations, and both can be pleasing to the palate. As a matter of fact, the recipes that I am going to show you blend both savoriness and sweetness so that you can have a unique experience when you first taste this drink.

Ways to Enjoy the Drink

As you might expect, like the Klingon dish gagh, there are multiple unique ways to try your Klingon coffee. Some prime examples of variations on the drink that were presented in-cannon include:

It’s also important to note that the drink is very portable; it can be served up in a thermos or a travel mug. I also love the fact that both iced and hot variations taste equally great, but if you’re a Trek purist, you should probably stick with warmed versions of this coffee because none of the episodes of the series highlighted one of these drinks on the rocks. 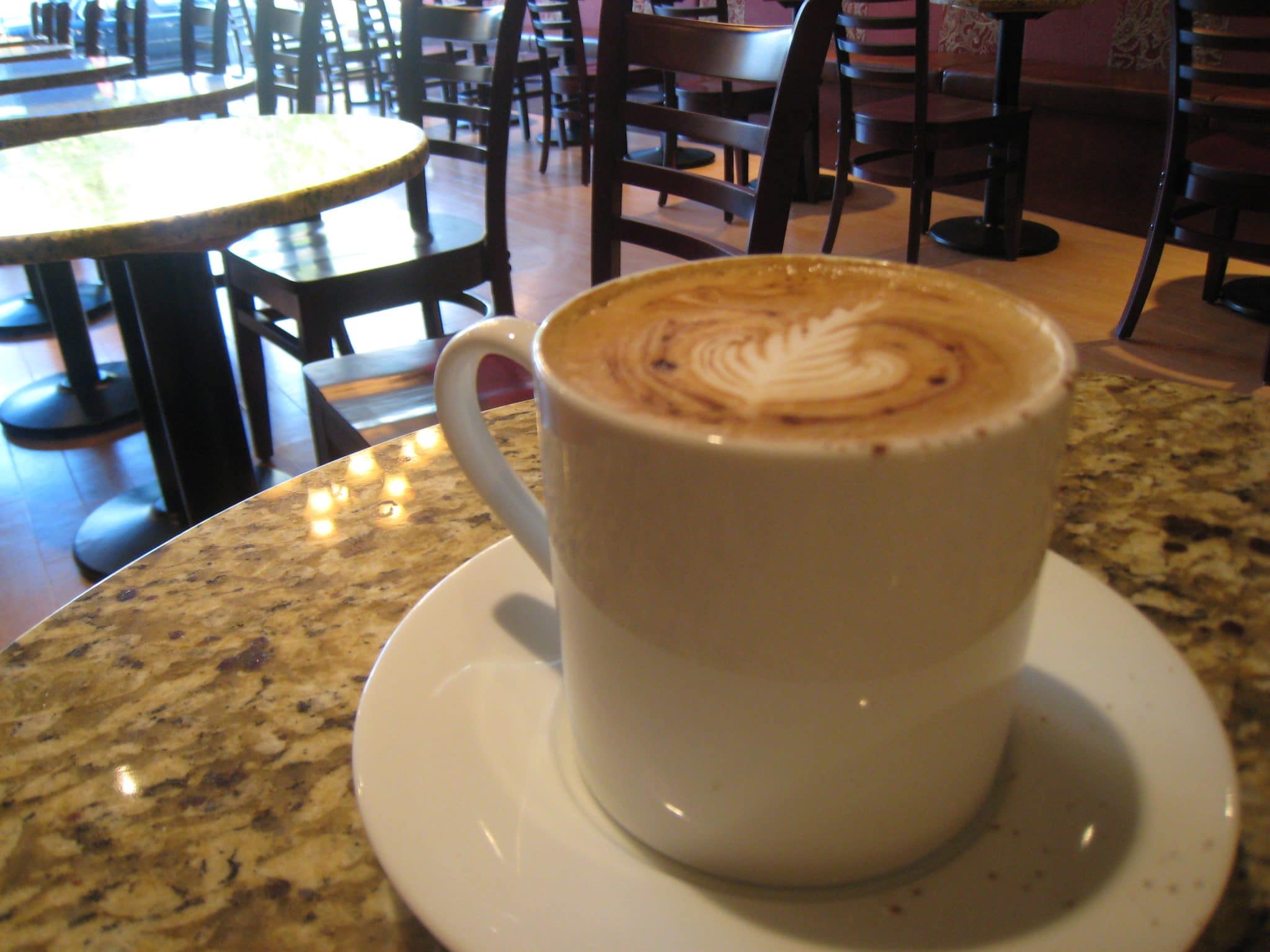 How to Make Your Own Klingon Cup of Coffee

Before we get started, if you want that authentic Klingon feel, it’s a great idea to have this uniquely Klingon drink freshly after a battle between your noble house and the house of your enemies. While this isn’t required, it certainly will add to the deliciousness of your honorable victory!

Some of the ingredients that you’ll need: 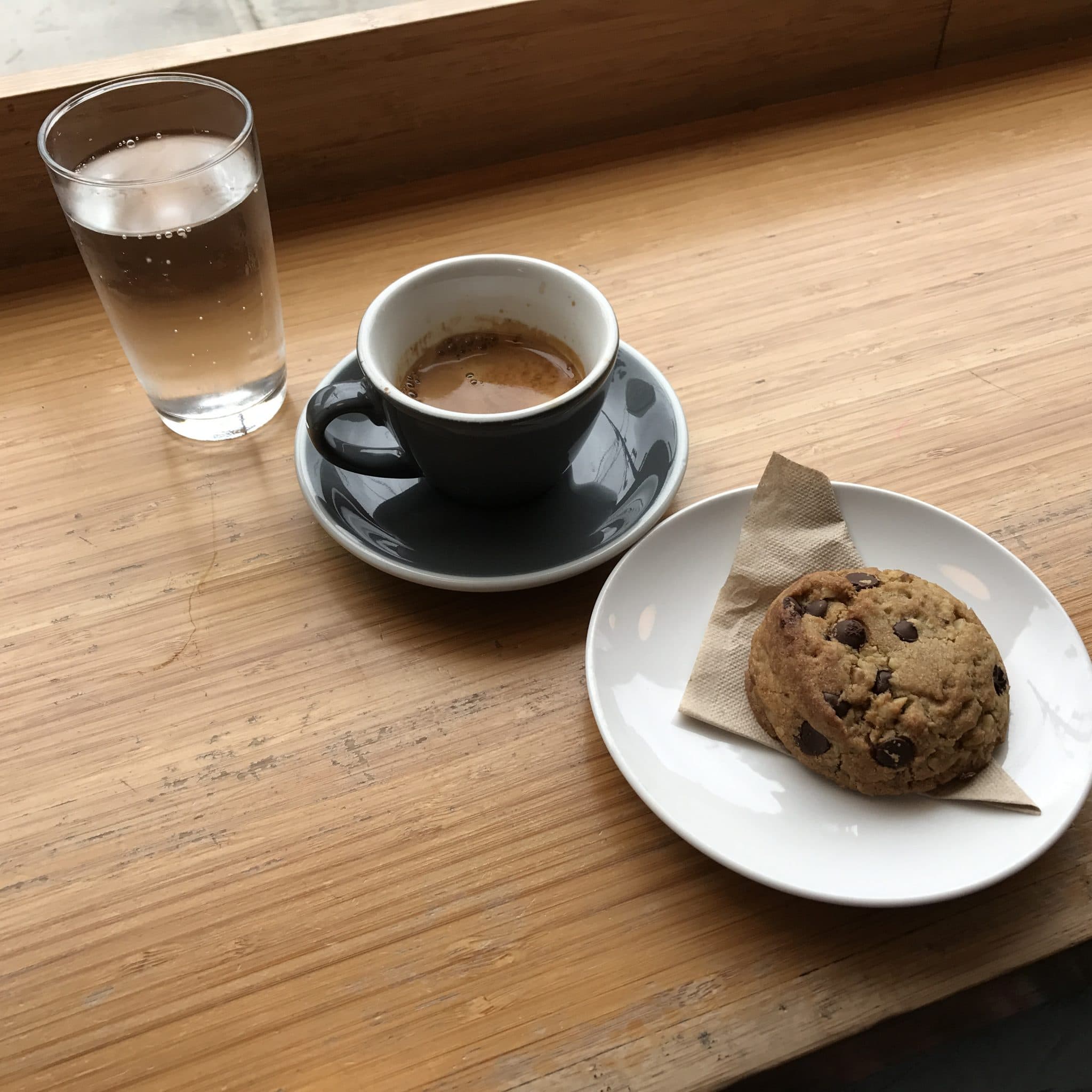 This variation will assume that you’re using an espresso machine – a variation for mixes will come afterward. Make up your espresso – since espresso usually comes in fairly small shot sizes, I’d suggest either utilizing a double-shot or just supplementing it a bit with standard coffee. When you do this, you should maintain much of the sharpness of the espresso, but you won’t need to become super-wired like you would if you made up a double- or even triple-shot of the delicious Italian coffee.

While the espresso is brewing in your machine, grind up your cinnamon stick and your cloves until they are well and truly powdered. Next, add these freshly-powdered ingredients as well as the nutmeg, dark chocolate cocoa, allspice, and powdered milk to a larger cup, and pour in your finished espresso on top. With the larger cup, you may want to add in a little more water, but don’t fret, there will be plenty of flavor in the cup so that it won’t taste watered down.

Serve the drink as hot as possible – no true warrior would ever drink this unique coffee chilled. The drink will be somewhat thick, but it should have the consistency of a freshly-made cup of hot cocoa. For variety and an even more unique and spicy flavor, you can even add a pinch of cayenne into the mix. 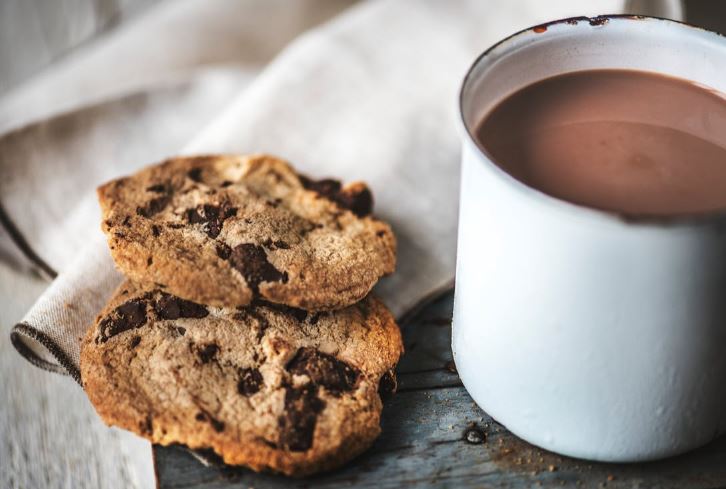 Rather than making your espresso beforehand, mix the espresso powder with the powdered allspice, cloves, cocoa, nutmeg, and the cinnamon. Place this powdered mix inside of a coffee filter and start the brewing process. If you want a Jadzia-friendly variation, double brew it for a near-excessive but Klingon-worthy coffee kick.

As the Qo’noS java is brewing, slowly and carefully pour in your ¼ cup of powdered milk as well as the amount of sugar that will suit your taste. Once you’re satisfied with the darkness and intensity of the brew, it’s time to stir it briskly and pour it into a large cup so that you can enjoy your drink in honor of Kahless the Unforgettable.

The Irish Variation to Drink Before Battle 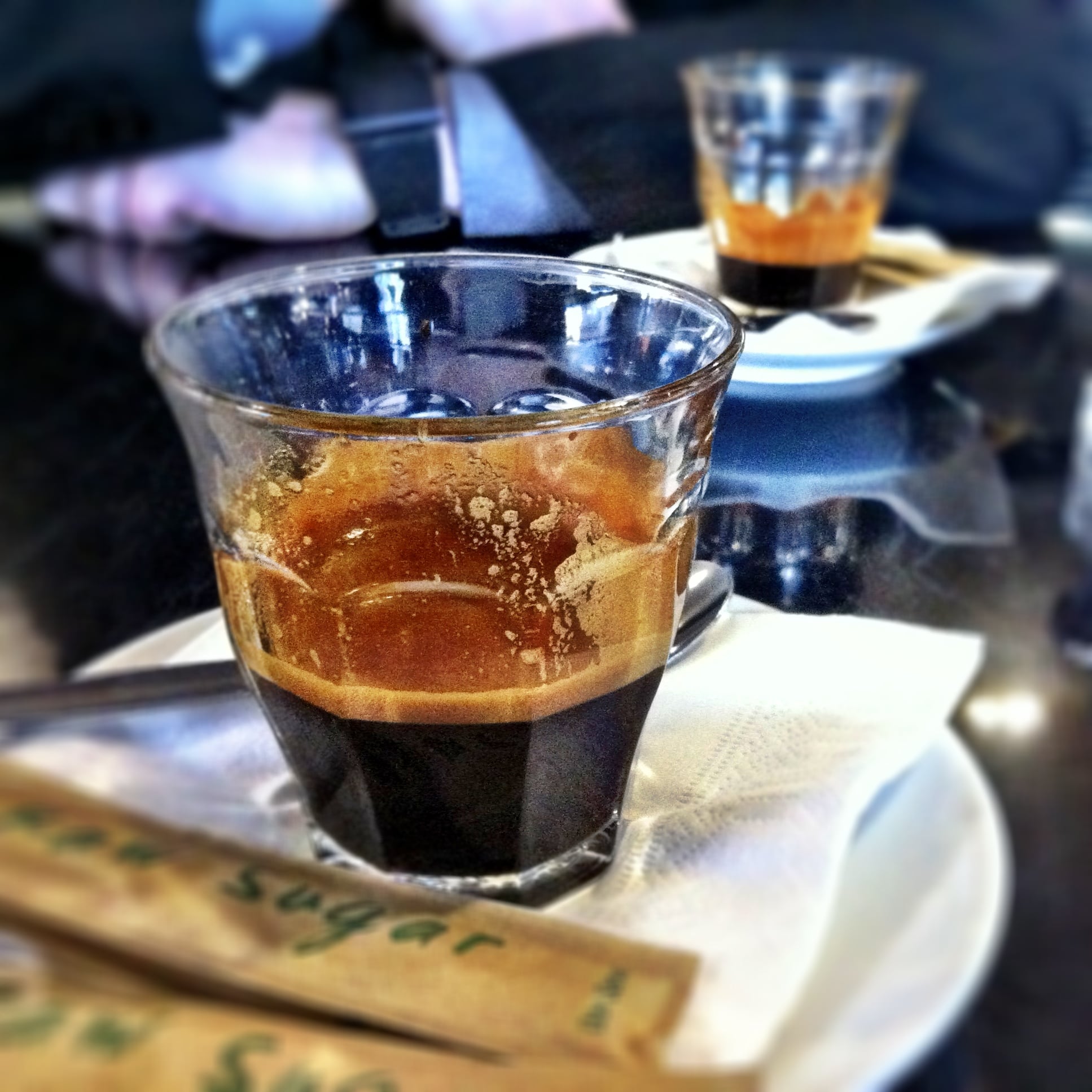 So, you’ve run out of blood wine, and you still haven’t achieved that kick that helps you get battle-ready and prepared to hit up the bars with your fellow warriors. If this sounds like you, there’s a great variation of this Klingon java that uses one of my favorite alcohols of all time: Irish whiskey.

When I make this, I sometimes wonder if Miles O’Brien ever tried this with Commander Worf; they never were close, but considering that the Klingon drink was so popular on the station, I’d like to believe that this is just a variation that we didn’t see on-screen.

This is also a recipe that isn’t ingredient-heavy, so if you can make an espresso, either via a machine or a mix, then you shouldn’t have too much problem creating this alcoholic variation of the drink.

The only way that this drink could be simpler is by simply ordering it up in a food replicator. Since we don’t have that technology yet, all you have to do is make up your espresso in whichever way suits your needs and toss all of the other ingredients except the chocolate flakes into a large drink shaker. Finally, throw in some ice and shake until all of the ingredients are combined, and top the drink off with some dark chocolate flakes and the paprika. You’ll be amazed how sweet-savory this drink tastes, and you may find yourself emboldened enough to take on even the great Dominion.

The Klingon way almost always involves battle, but fortunately, drinking their iconic coffee doesn’t require you to battle a rival house and their targs. Each of the recipes that I provided in this guide tastes delicious, and if you’re feeling adventurous, each pairs well with several types of pastries, and in many cases, the drink can be paired well with a full-on meal.

I always find that recipes like this one that explore our favorite imaginary worlds offer a great opportunity to explore and create, so I hope that you feel creative enough to craft some of your own raktajino recipes and share them with some of your fellow fans. 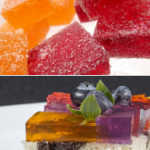 Jello Instructions – From Scratch & From The Box 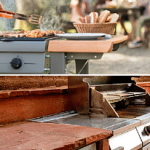 Best Coffee Grinder For French Press: Our Top 3 Picks for 2022