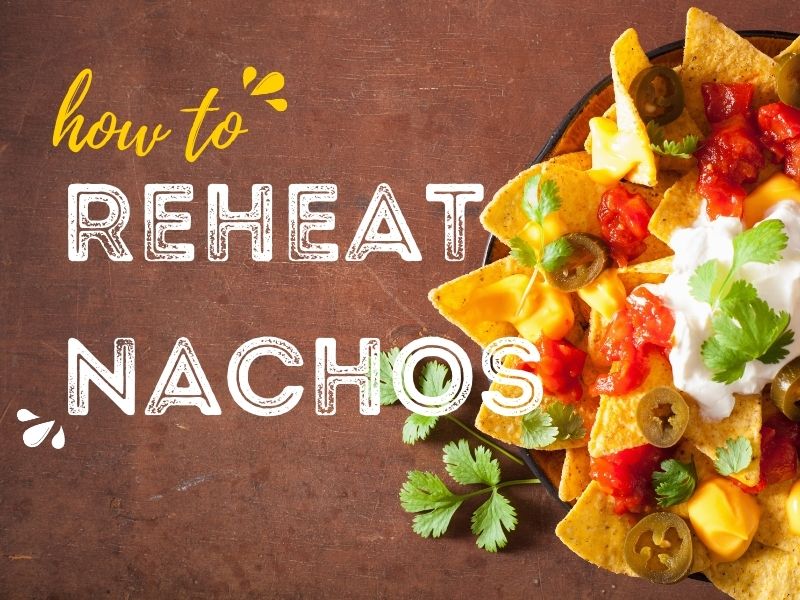 Nachos are a delicious treat and a popular snack during movie nights or as a tapas meal starter or side. If you have made an effort to make homemade nachos, or if you have splashed out on an indulgent takeout, you won’t throw out the leftovers that quickly.

This article covers everything nacho-related, from how to reheat them, store leftover nachos, and recognize when your nachos aren’t edible anymore. Use these tips and tricks to reheat your nachos so that the leftovers taste as good as the fresh thing.

Are My Leftover Nachos Edible?

What is better than eating fresh nachos? Realizing that you have some yummy leftovers that can be enjoyed the next day too!

If the nachos have been left outside overnight, then you should avoid eating them at all costs. More often than not, nachos are slathered with cheese, beans, minced meat, and more delicious ingredients that all require refrigerating.

You should inspect your nachos before proceeding to reheat them. Open the box and smell the nachos. Do they smell fresh? If they smell bitter or sour, then do not eat them.

Have a look at the nachos. Are they a different color compared to how they looked when you ordered or made them? The texture is also important. Do not eat soggy nachos or nachos that have drastically changed in color.

You must refrigerate leftover nachos. Nachos need to be refrigerated within two hours of being made, especially if you have added cheese and minced meat. Once you have finished digging into your plate of nachos, place the nachos in an airtight box and refrigerate. Technically, you can store nachos for two to three days, but realistically, they won’t be very appetizing if you keep them for longer than 24 hours.

Top Tip: You must remove the cold items such as sour cream and avocado before refrigerating nachos. The more ingredients you can separate, the better and longer the nachos will last in the fridge.

What is the Difference Between Nachos and Tortilla Chips? 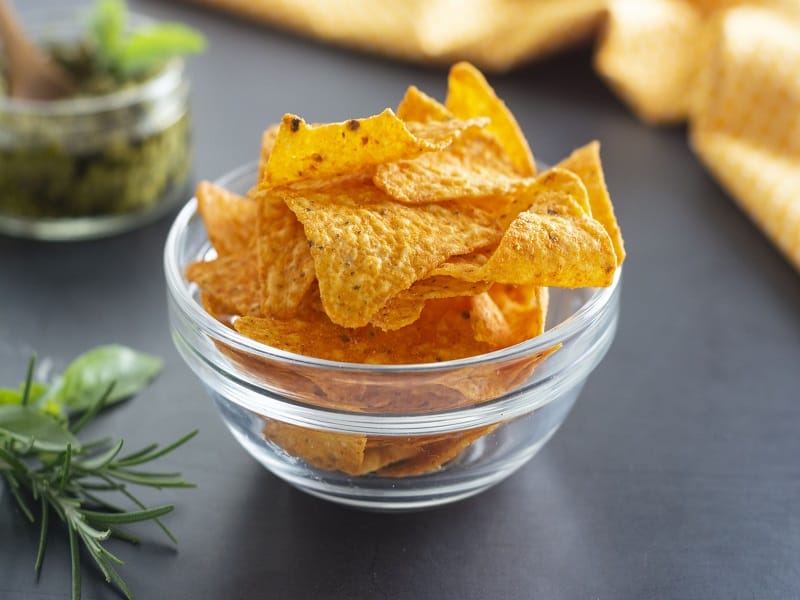 The nacho reheating method you choose will highly depend on how long you have to prepare and where you are. For example, you probably won’t be able to reheat nachos in the oven if you are on your break in the office.

You should also consider how the nachos will taste using the reheating method you choose. I have been very open about which of the methods I believe is the best from the list below, but everyone’s taste is different, which is why I would love to hear your tips in the comments section at the end of the article!

Reheating nachos takes practice, trust me, it never goes smoothly the first time. You will develop your own techniques that work for you and with your kitchen appliances.

Reheating leftover nachos in the oven is the method with the best results. Baking nachos will keep them crispy and fresh. Follow the below instructions:

Spread the nachos out evenly onto a baking tray and bake until golden. This will take between five and 10 minutes if the oven is preheated adequately to 380 degrees first.

Take the rest of your reheatable ingredients and put them onto a separate baking tray. Put them into the oven at 250 degrees Fahrenheit and check up on them every two or three minutes.

Once all of the components are hot, reassemble the nacho bowl and serve!

I do not recommend microwaving leftover nachos. They will most probably turn soggy and the majority of the chips will look less than appetizing. Nonetheless, here is a guide for reheating nachos in the microwave for anyone that wants to brave it!

Nachos won’t take very long to heat at all, and overheating them will make them chewy and unappealing, so this part is super important. I recommend heating nachos for no longer than 30 seconds.

You must make sure that the meat and beans are heated all the way through, so heat them in one-minute intervals in the microwave until you are satisfied with their temperature.

Assemble the ingredients and serve!

Heating nachos using a skillet is the fussiest method, but it sure does work a treat! Below are the step-by-step instructions.

Place a teaspoon of oil into the skillet and heat it until piping hot.

Place the nachos into the skillet, making sure that they do not overlap the nachos.

Toss the nachos once the bottom side has been cooking for about a minute.

Put the rest of the reheatable ingredients into a separate pan and heat until piping hot.

Arrange the nachos and top with cheese before serving.

Is it Worth Reheating Nachos?

Let us face it, reheated nachos are never as good as the fresh thing, especially if you bought nachos from a takeout rather than made them yourself. Don’t get me wrong, it is always nice to have leftovers in your refrigerator that you can reheat quickly after a social evening full of drinks and fun. The only thing I would say is not to expect your leftover nachos to be as crispy and delicious as the day they were made! 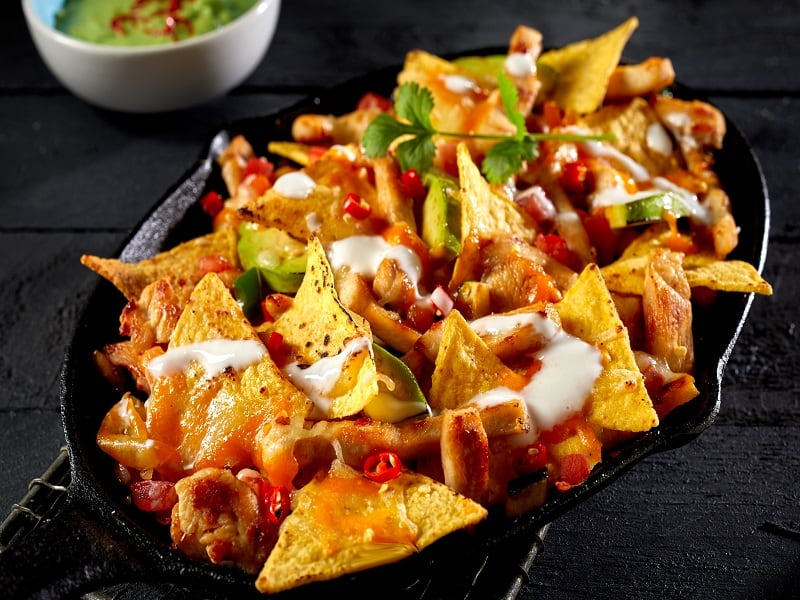 It is always fun to know more about your food than the ingredients that go into it. Let’s see how many of these nacho fun facts you already knew about the fun-loving Mexican dish.

The inventor of this easy and shareable dish was called Ignacio “Nacho” Anaya.

Yes, baked tortilla chips were a dish in Mexico, but it was the Americans that packaged them and turned them into a ready-made phenomenon.

Well, this comes as no surprise considering there is a Guinness World Record for almost everything!

Anaya’s son saw how much nachos were taking off, but unfortunately, 20 years after its invention, it was too late to trademark the iconic meal.

If that wasn’t enough nacho information for you, I have compiled a frequently asked nacho questions section full of answers and tips for you to use as a reference. I hope this helps clear up the last of your crispy questions.

Q: How should I layer nachos?
A: Nacho toppings are very tasty, but you can have too much of a good thing. It is best to pick three or four toppings rather than slathering your nachos in sauces and add-ons as you can lose that oh-so-yummy crispiness.

Q: How long should I put nachos in the oven?
A: When making nachos, you should heat the chips in the oven for about five or six minutes. If you are reheating chips, make sure that you don’t bake them for longer than two or three minutes.

Q: What goes well with nachos?
A: Sticking to the Mexican food theme will complement a nacho dish. Burritos, enchiladas, black bean soup, and refried beans are all perfect when partnered with nachos.

Q: How can I stop nachos from getting soggy?
A: Sprinkling grated cheese on top of nachos before baking them will mask soggy tortilla disasters, but it won’t prevent it. If you leave the toppings on the chips for too long, your nachos will turn soggy beyond repair.

Q: Should I put salsa on nachos before or after cooking?
A: cold sources such as sour cream, salsa, and guacamole should always be served in a separate container next to nachos. It is better to dip the chips into your chosen dip rather than slathering it on the nachos.

Q: At what temperature should you reheat nachos?
A: Reheating nachos takes a lot of practice, along with lots of trial and error. Most people prefer to reheat nachos at about 350 degrees for the best results.

Q: How many times can I reheat nachos?
A: You should only ever reheat nachos once. Reheating nachos multiple times will alter the taste and texture, not to mention that it increases your chances of being exposed to salmonella and other harmful bacteria. Follow the instructions in this post if you want to reheat nachos the right way

I hope you found this post helpful! Let us know how your reheated nachos tasted. 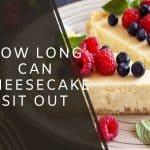 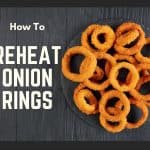 How to Reheat Onion Rings