Curing salt #1 contains 6.25% sodium nitrite and 93.75% salt. You can use curing salt #1 for any cured meat dishes that need to be cooked like smoked sausages, non-air-dried ham, and bacon. 2 teaspoons of curing salt cures up to 10 pounds of bacon or sausage. 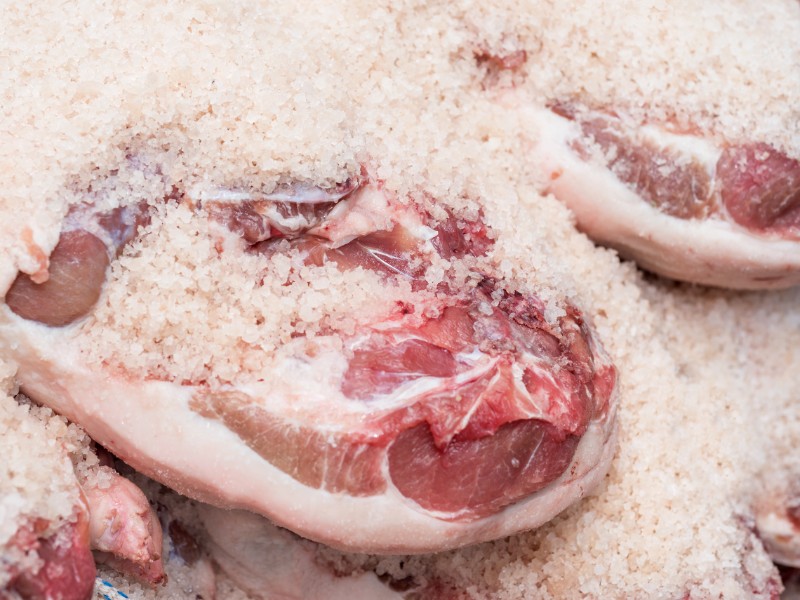 Curing salt, however, is made from sodium chloride and sodium nitrite (and sodium nitrate, for curing salt #2). Curing salt has a pink color and is used to preserve meat by preventing the growth of bacteria, so it shouldn’t be used on food after cooking. Curing salt is toxic until the curing process has taken place, so this salt isn’t interchangeable with regular salt.

More importantly, sodium nitrite slows down the growth of botulism-causing bacteria, preventing spoilage. Sodium nitrate is used with curing salt because it allows meats to cure for several weeks without spoiling. 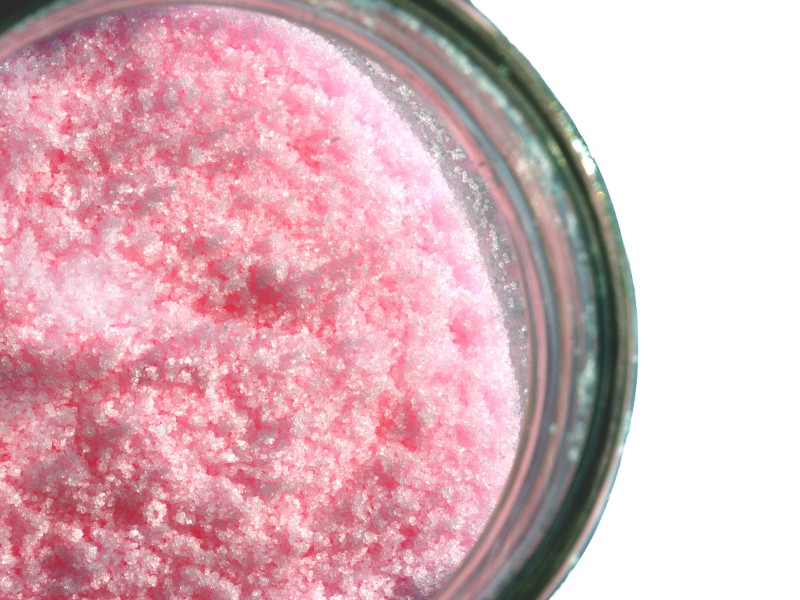 How to Use Curing Salt 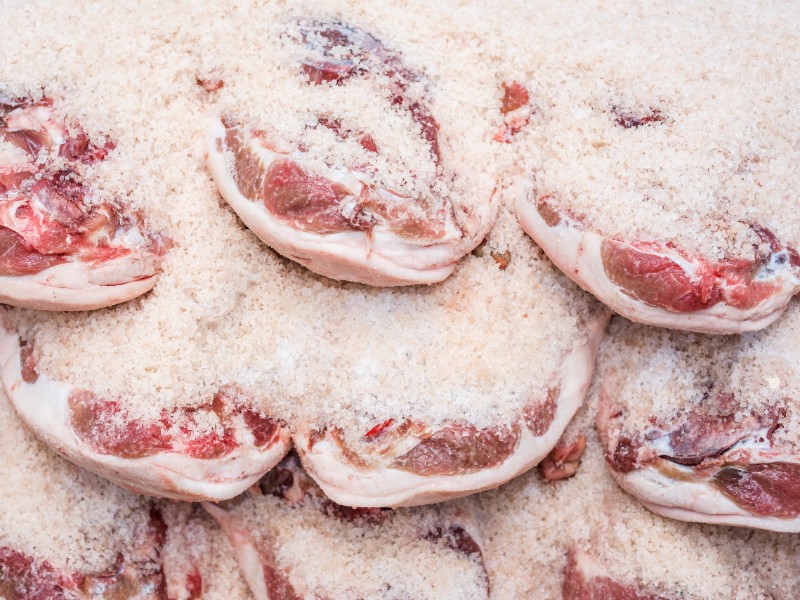 When using curing salt for dry-curing (without added moisture), combine the salt with other ingredients, like spices and seasonings, before rubbing the combined ingredients into the meat. Because salt draws water out of proteins, the accumulated liquids should be routinely drained. Meats that are curing in the refrigerator should be turned and drained once a day.

Make sure to use enough salt for curing:

To make a brine from curing salt #1, use 1/2 cup of curing salt for every 1 gallon of water. Add 2 ¼ tablespoons of sugar and 1 ¾ cups of table salt, as well as any spices or seasonings. Make sure the meat is fully soaked in the brine during curing.

Remember that curing salt and regular salt is not the same, and the two ingredients can’t be used interchangeably. Curing salt is toxic to humans in its raw form so it should not be used to salt food after cooking and right before eating.

If you plan to make your own curing salt, it is essential to use the right ratios of ingredients in the salt, and the right amount of salt in your meat. Too little salt could allow for bacterial growth and spoilage, while too much salt could ruin the flavor of the meat and even cause illness and death. Make sure the meat is thoroughly soaked or coated in the curing salt. This will prevent parts of the meat from spoiling.

Processed meats that have been cured or salted increase the risk of cancer when consumed on a daily basis, according to the WHO. Cured meats are an enjoyable addition to a balanced diet, but you should limit your intake of processed meat to reduce your risk of cancer. 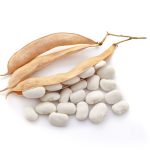 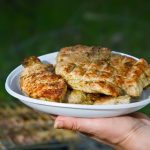 Arm Roast: What Is It And How Is It Cooked?