Before we dive into the differences, let’s have a look at how forks came about.

A Brief History of Forks

Though ubiquitous today, forks took centuries to catch on. While other utensils such as kitchen knives and spoons became commonplace much earlier, it took until the medieval age for fork usage to gain ground and find its place on the dining table. Some of the earliest usages of forks come from ancient Egypt, China and Greece.

Forks were initially used during those times as a cooking utensil rather than a dining spoon. Over the years, its standard material has shifted from wood and animal bones to bronze and silver. 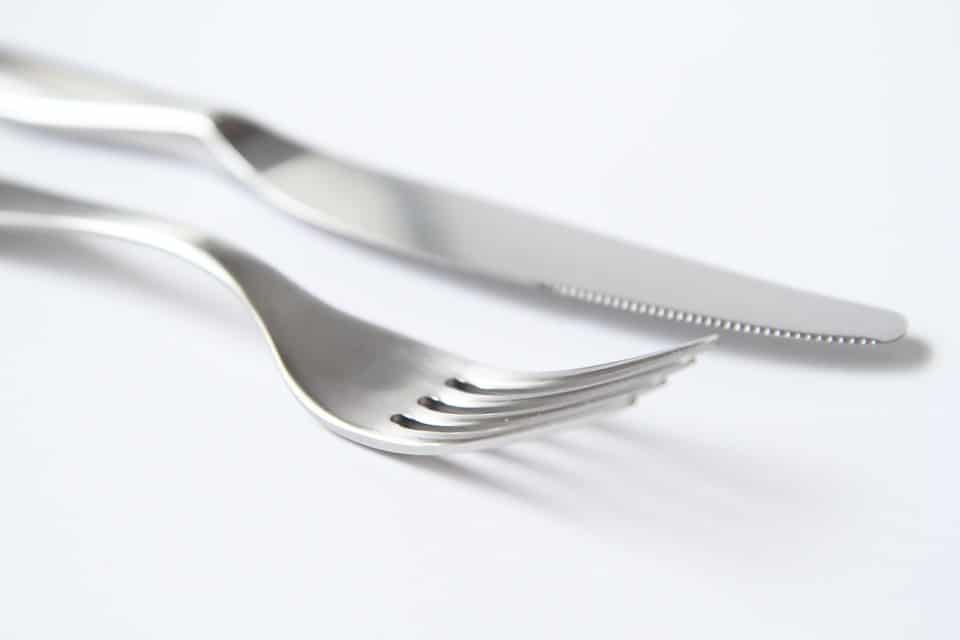 By the 4th century AD, the fork began to grace dinner tables in the Byzantine Empire, mostly for the upper classes. By the 9th century, it was used in Persia by those in elite circles; they called it by the name “Barjyn”.

The modern word for fork comes from the Latin word “Furca” meaning pitchfork. While many people from central and Western Europe were still using their hands to eat, Eastern Europe and the Middle East were beginning to make more regular use of the fork. That’s not to say they were completely absent in Western Europe; a few royal courts across Europe had designed forks for special purposes and meals.

From that moment, the popularity of forks came to be.

The fork has gone through various changes in design. Early on, forks had only two prongs. As time went on, they became 3 prong, and eventually 4 prong forks became the norm for scooping and piercing food. By the early 20th century, the invention of stainless steel enabled the fork to take on numerous designs.

The Different Types of Fork 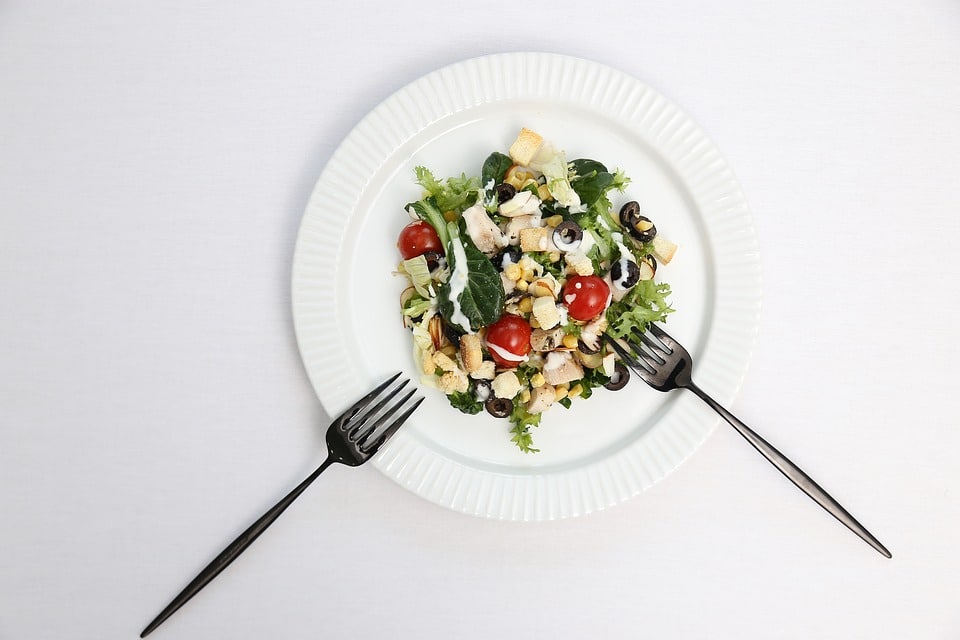 The Salad fork is the short fork on the table. It may be placed either to the left or right of the dinner fork. A salad fork consists of 3 or 4 prongs, specifically used to eat the salad meal. It also has a curvy shape which helps to mix the salad. If you intend to eat a salad, then it is imperative that you use the salad fork, lest you commit a grievous faux pas.

Toasting forks are used to hold meats in place over an open flame. Some people also use the toasting fork to pick up meat that’s in the middle of cooking. The handles are commonly narrow and long, and some have wooden handles at the tips to minimize heat conduction and accidental burns on the hand. Some of these forks come with 2 prongs. This is what you should use to hold a piece of meat over an open flame. 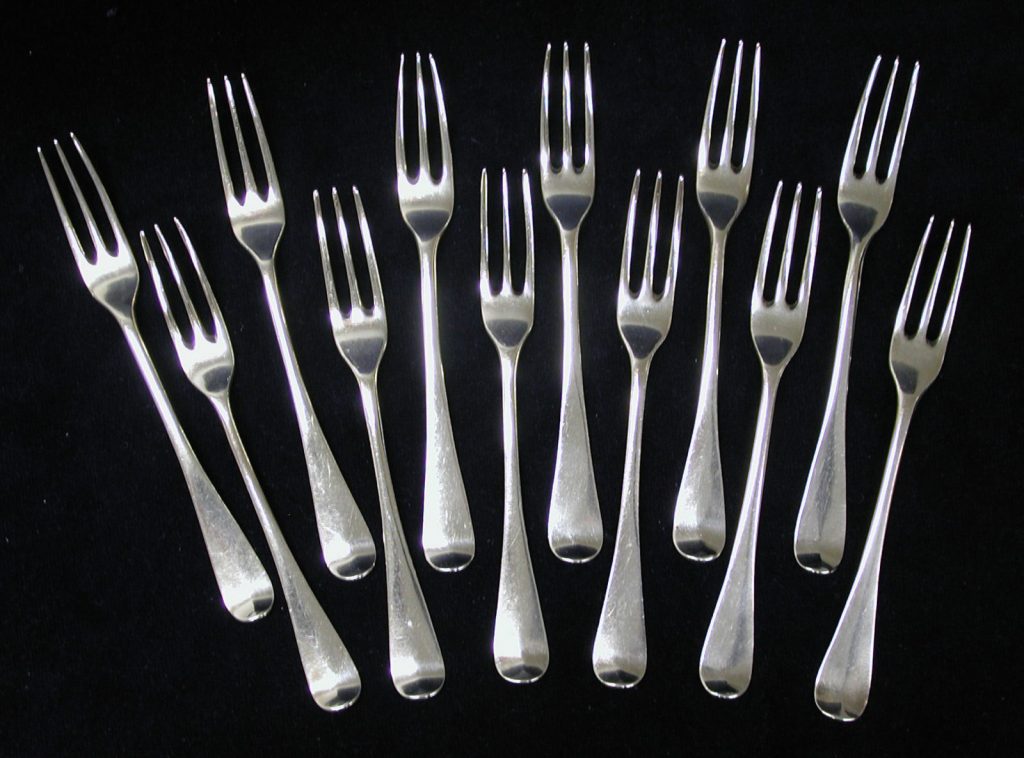 The Dessert fork is the short fork specifically used to eat dessert such as cakes. They consist of only 3 prongs. The edges of the dessert fork are angled to allow for cutting through a fluffy, moist cake. The fork which has a widened prong is called a pastry fork. To get a smooth cut through your dessert, it is important you use a dessert fork.

A Seafood fork can be one of many types of forks used to eat seafood such as fish and crab, where you would use a fish fork and crab fork respectively. The fish fork is used to eat a fish course or meal and is usually placed at the left of the dinner fork. This is because the fish fork is often used in one of the early courses. It has particularly long prongs.

The crab fork, consisting of 2 or 3 prongs, is used to pick the meat from crab when eating a prepared crab. A seafood fork can also be called a pick fork. These forks go a long way in making seafood easier to handle and eat. If you’ve ever tried to dig meat from out of a crab, you know what I’m talking about.

Oyster forks are 3-prong forks which are narrow in shape, and they are commonly referred to as cocktail forks. They are used for handling shellfish and for eating shrimps. This remains the only fork placed at the right side of a plate in a formal dinner setting. They are not commonly seen, but you can find them in many supermarkets. 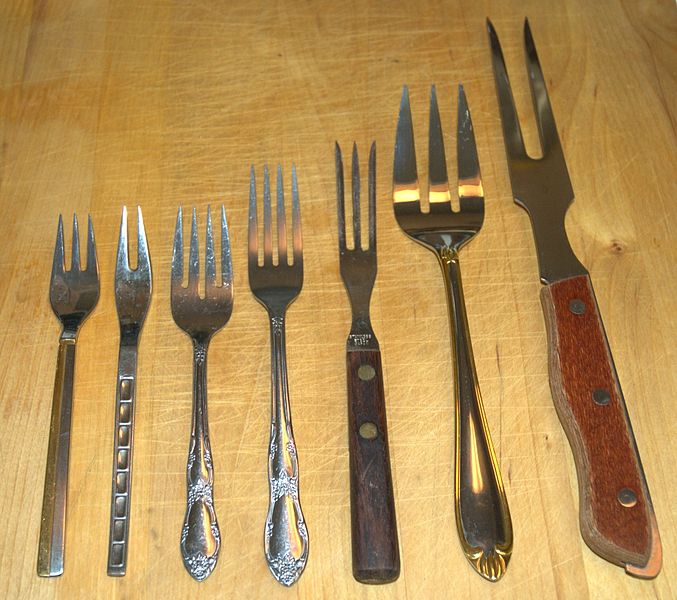 This one might look odd sitting in your drawer. Granny forks are straight at the fork head instead of curved, like most other forks are. They aren’t so common these days, but the main purpose of a granny fork was to stir cooking like pasta. It may still be worth it to give this traditional utensil a go.

The Dinner fork is the largest of all forks on the dinner table with 3 or 4 prongs, and it is used to eat the main meal in all formal and informal meals. It usually measures 7 inches in length, but lengths may differ from place to place. The dinner fork is placed on the left side of a plate in between two other forks, specifically the fish fork and the salad fork.

We commonly use this fork the most mainly because it has the perfect width. The preceding 2- and 3-prong forks did not allow the user to scoop up as much.

A spork is a utensil designed as a combination of a spoon and a fork. It contains 4 prongs and compression at the head that resembles a spoon. These 4 prongs are relatively very short. Instead of switching between utensils, the spork can serve as both a spoon and a fork.

They are not commonly seen in many homes but are available at stores. They come in plastic or stainless steel. Not many people have a use for it, but it can be really helpful in some situations. 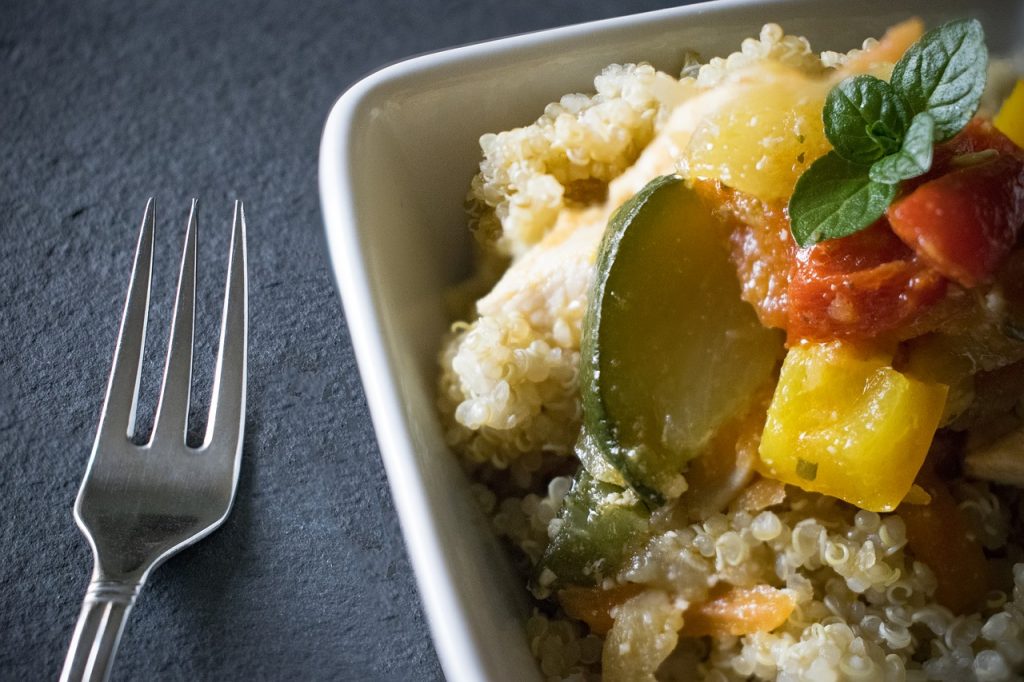 So, what are 3 prong forks?

3 prong forks are forks with three points that project at the head of the fork. These forks are created with the edge flattened and widened. The 3 prongs are usually parallel to each other and are relatively short in size. To get an idea of the different type of forks, consider their uses.

The 3 prong forks may be designed with its edges at an angle, making them either a seafood fork or an ice-cream fork. These forks have 3 prongs because they are used to eat foods which take work to pick apart or which are best savored in moderation. It would not do to take a huge mouthful of ice cream with a standard fork! 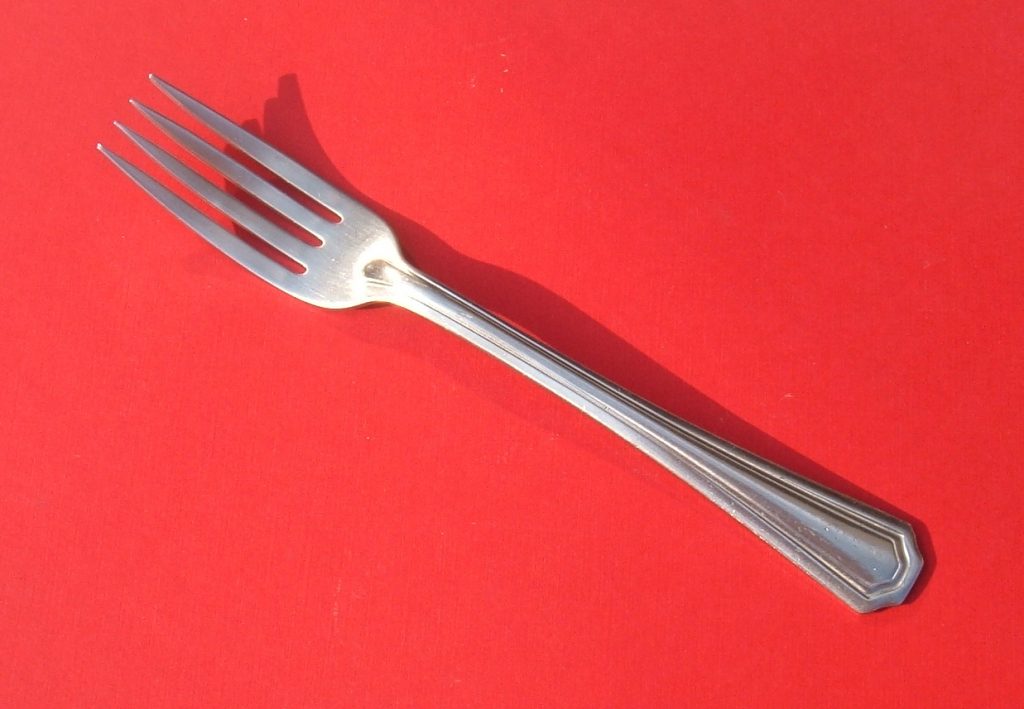 4 prong forks are forks designed with four prongs that project at the head of the fork. It is the most common type of fork. Example of such a fork includes the dinner fork, though there are sometimes other types of four-prong fork design. Forks with these designs are usually flattened and allow a large portion of foods to be carried at once.

For a formal dinner setting, a four-prong fork is usually a long tined fork with long spikes branching at the head of the fork. They serve multiple purposes. People often prefer to use them in eating all meals, but traditionally they are for the main course only. Some designs come with extendable handles and others are entirely made of plastics for easy disposal. The extendable fork and spork belong to this category.

What is the difference between a 3-prong fork and a 4 -prong fork?

Forks can come with either 3 prongs or 4 prongs depending on the design and purpose.

There is only a slight difference between the 3- prong fork and 4 prong fork designs. 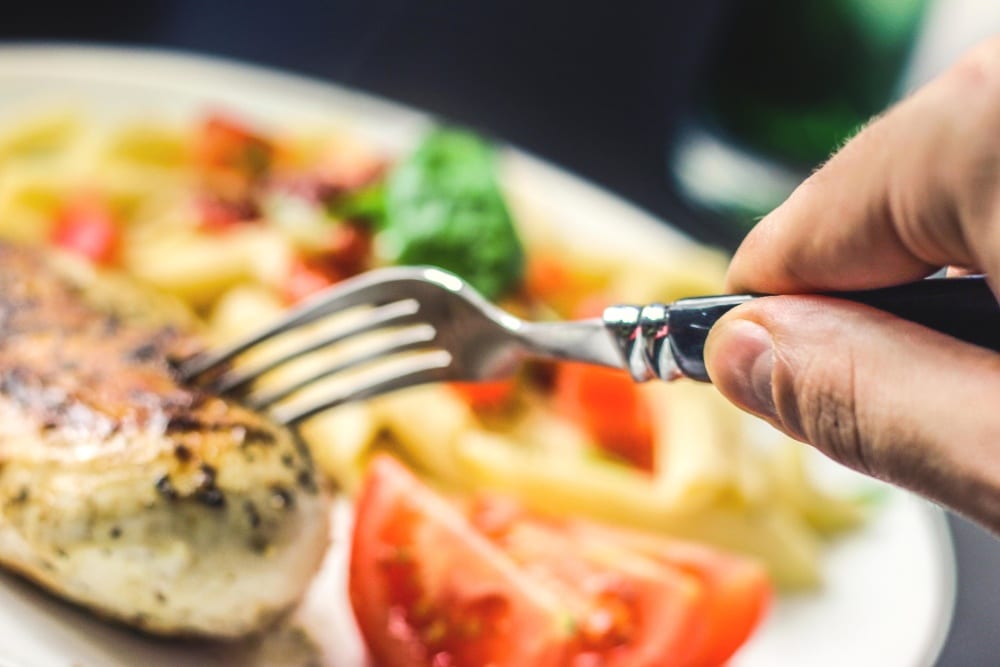 How and when do we use different types of forks?

Forks serve several purposes, one of which includes picking meat. The seafood fork is one such fork. The different types of fork available include: dinner fork, salad fork, dessert fork, seafood fork, carving fork and many others. The forks are usually arranged in the order of the courses being served.

Forks should be used properly, that is, for the food to which they are suited. If a fish or crab meal is served, picking the fish or crab with a dinner fork can quickly become tedious. It makes a big difference using the appropriate kind of fork. If a salad meal is served first, a salad fork should be used because it is specifically designed to serve that purpose. Likewise, a dessert fork which permits cutting through a dessert like a cake is simply the better way to eat dessert.

Proper table manners should never die, and one way to have them is to know the uses of the different types of the fork. Never again will you be intimidated by a plate surrounded by eight or more implements; the rationale and functionality of each fork, including the differences between the 3 prong vs 4 prong fork, have been revealed to you. Let this knowledge serve you well. 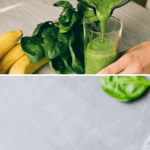 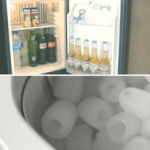