Yes, store-bought and homemade pickles need to be refrigerated if the jars have been opened. Pickles in their unopened jars don’t need refrigeration and can last long enough when stored at room temperature.

Refrigerating both opened and unopened pickle jars will prolong their shelf life. Refrigerating pickles helps preserve their flavor and aroma, and keeps them firm.

Do Pickles Go Bad if Not Refrigerated? 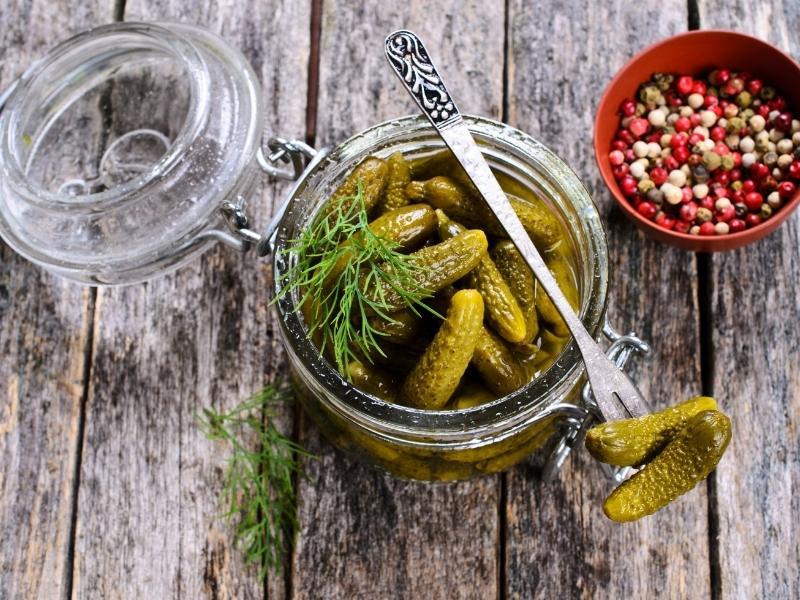 Pickles in open jars will go bad if not refrigerated. An unopened jar of pickles lasts longer than an opened jar, and the cold temperature and lack of light in the fridge will also slow down the growth of bacteria, mold, and yeast.

How long pickles last depends on how they’re preserved and stored. The acidity of pickles, and brine and vinegar act as preservatives that extend the pickles’ shelf life.

Pickles can remain edible past their expiry date if the jar is closed tightly and refrigerated so that no oxygen, light, or external bacteria get in and encourage spoilage.

Do Homemade Pickles Need to be Refrigerated?

Homemade pickles in sealed jars can last for up to one year when stored in either the fridge or pantry.

Open jars of homemade pickles stored in the pantry are unsafe to eat because they may be contaminated with harmful bacteria. Ensuring the pickles remain submerged in brine and vinegar helps preserve them, but refrigeration is still recommended for safety reasons if the jars aren’t sealed.

Storing homemade, opened pickles in the refrigerator gives them two to three months of shelf life.

Do Dill Pickles Need to be Refrigerated?

Refrigerating dill pickles is necessary if the jar has been opened. Dill pickles that have been opened and aren’t stored properly will begin to spoil.

Dill pickles use the dill herb in the brine, which gives the pickles a unique flavor. The continuous fermentation process enhances the flavor while inhibiting the growth of harmful microorganisms.

The self-protective nature of dill pickles means that they don’t need refrigeration if unopened.

Storing dill pickles in an environment with a temperature of 30 to 40°F and humidity of 80% to 90% is ideal. Such conditions will ensure the dill pickles have a shelf life of up to one year.

Ensure there’s no direct exposure to light and that the pickles are not in contact with other foods.

These ingredients work together to create a hostile environment for bacteria, mold, and yeast. The high acidic content of the pickles also inhibits the growth of these microorganisms.

Some commercial or store-bought pickles also have vinegar added to them. The vinegar helps further extend the pickles’ shelf life. Keeping the pickles in an airtight container also helps to preserve them. 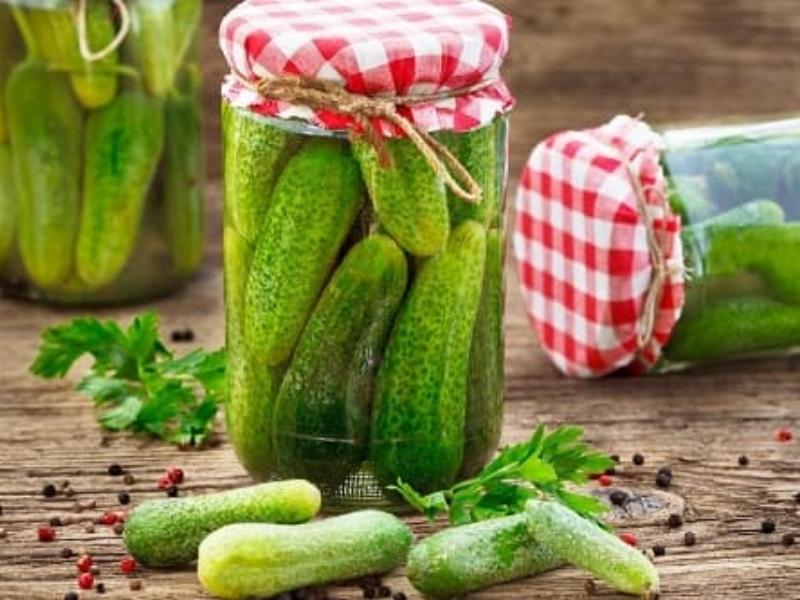 The shelf life of pickles varies depending on the type of pickle, the preparation method, and the storage conditions. Pickles in jars that have been opened last for two to three months when stored in the fridge, but unopened jars of pickles can last for up to one year when stored at room temperature.

How to Tell if Pickles Have Gone Bad 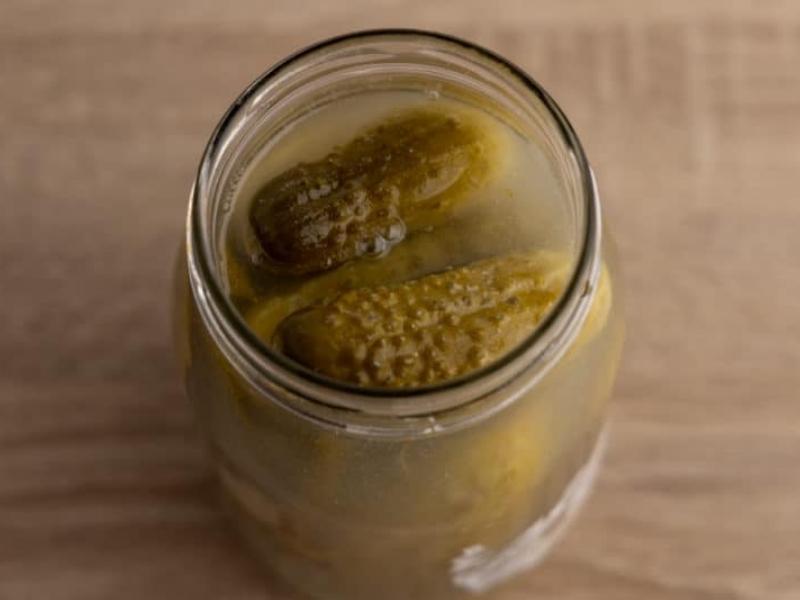 The tell-tale signs that a jar of pickles has gone bad are off-flavor, are dark green or black coloring, slime or mold on the pickles, and gas bubbles in the liquid.

The texture of pickles changes from crisp to soft, and the brine and vinegar change from thick to watery. If any of these signs are present, the pickle is unsafe to eat and should be discarded.

The presence of fungus will change the color of the pickles from the original light green or yellow to a dark green or black. 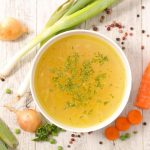 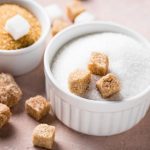