If you’ve ever watched a James Bond movie or read the novel, then you’re not a stranger to Mr. Bond’s cocktail preferences, one of which is the 007 cocktail.

This might come as a surprise to some. I totally understand. At this point, I should stress the fact that the 007 cocktail is not one particular drink. There is a drink with that name which will be discussed later, but the phrase has been widely used to refer to all of James Bond’s preferred mixed drinks and cocktails.

As you would expect from a man like Bond, he has quite a few favorites in the mixed drinks and cocktails foray, and each one with a different taste, makeup and name. Speaking of names, do you ever wonder where the 007 drink came from? I have. It’s a codename for a fictional heroic agent. So how does a spy happen to have a cocktail named after him?

In the 1953 book by Ian Fleming, “Casino Royale”, British Secret Service Agent James Bond, best known with his code name Double Oh 7 (007) orders a variant of the martini that no one has heard of before. This is true because he made it up himself, and his instructions were very particular and precise, down to the glassware the drink should be served in.

He later named the cocktail the ‘Vesper Martini’ after Bond girl, Vesper Lynd. Today this martini is very well known, but it is only one of Bond’s classic favorites. We know that James Bond drinks a lot; we know he likes his liquors and martinis and we know that he’s very particular about the shaking or stirring of his cocktails, but what exactly does he drink?

What Does James Bond Drink?

Throughout the 22 Bond movies and books, he has ordered champagne, red wine and beers. A luscious array of alcohols and spirits no doubt, and that can be a bit confusing to keep up with. So I have here a list of the 7 most popular James Bond drinks.

‘A dry Martini,’ he said. ‘One. In a deep champagne goblet.’

‘Just a moment. Three measures of Gordon’s, one of vodka, half a measure of Kina Lillet. Shake it very well until it’s ice cold, then add a large slice of lemon peel. Got it?’

Bond has also been spotted drinking Mint Julep, vodka tonic, black velvet, Bordeaux and Stinger. Bond is quite a busy man who knows exactly what he wants when it comes to liquors. The good thing about all this though, is that we have the recipe to Bond’s favorites and we can enjoy what he enjoys. Now we move on the recipes.

Like I said before, there are several cocktails that make up the ‘007 drinks’ and the 007 drink ingredients used in each recipe are not so different from the original classic martini.

Before we go into the 007 cocktails or 007 mixed drinks, let’s discuss a bit about the original martini.

The classic martini is a cocktail made with gin and vermouth, garnished with an olive (or 3 skewered olives) or a lemon twist (or peel). It’s one of the world’s best known alcoholic mixed beverages, and should be on every bartender’s ‘list of drinks to know’. One important point to note about this classic martini is that it is stirred, not shaken. 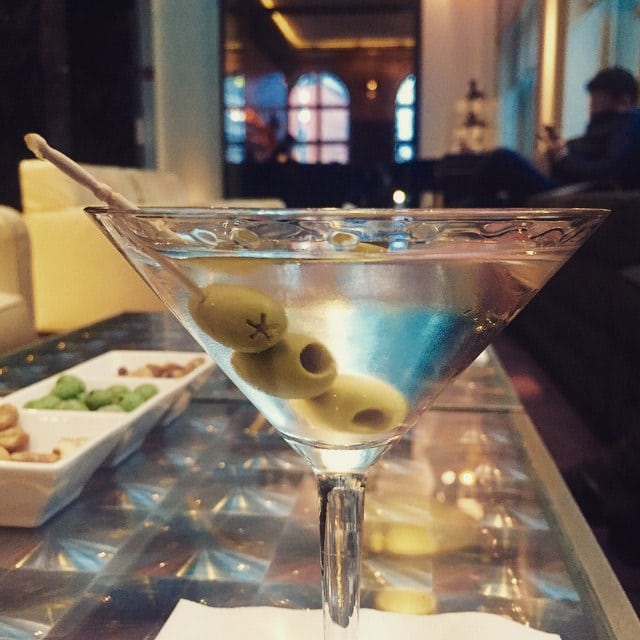 Many martinis have been created, but this simple recipe is unbeatable. The garnish is usually the drinker’s choice and the gin and vermouth are combined in a ratio of 2:1.

The martini can be customized, with the ratio of gin to vermouth adjusted and splashes of other spirits and garnishes added to it. This gives rise to variations of the martini with different names, some of which are the 007 drinks James Bond so prefers.

Many martini lovers argue amongst themselves which variant is the best. This argument is pointless because once you’ve had the classic martini, you should be able to decide for yourself how you like yours and the taste becomes unique and peculiar to you. But for record sake and to help you decide, let’s look at a few of the most popular variants of the martini.

Variations of the Martini 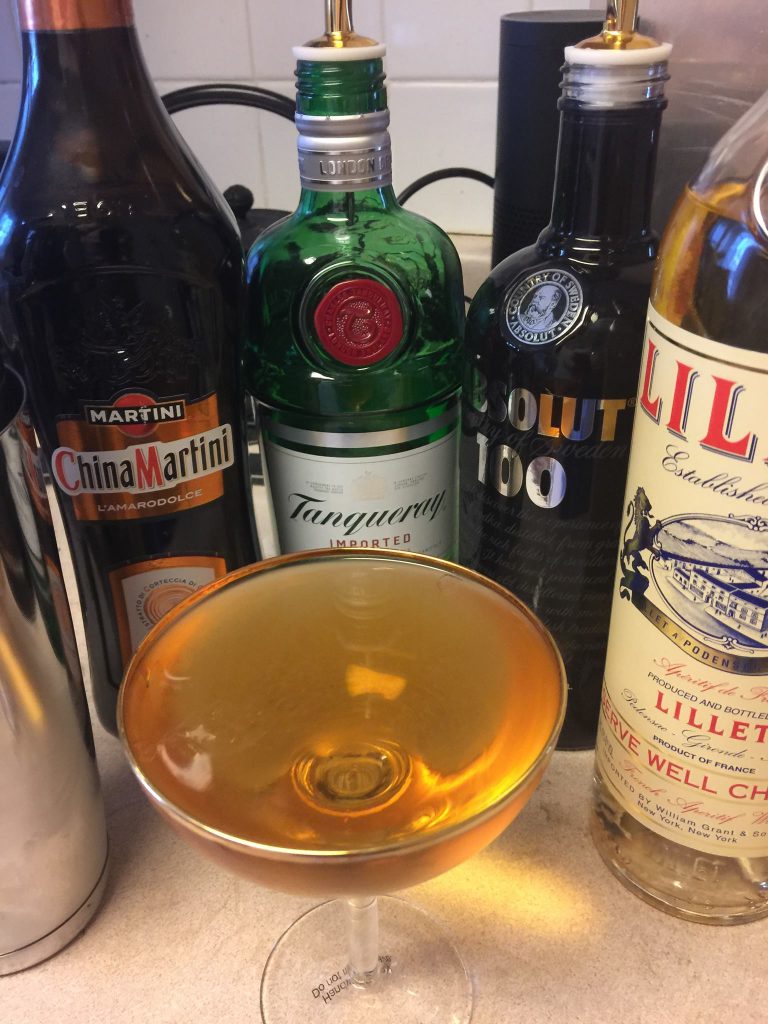 A point to note: a martini on the rocks is served on ice in a rocks glass instead of being strained into a cocktail glass. When using a cocktail glass, chill the glass up first either by putting it in a refrigerator or putting ice in it.

Now that that’s cleared up, let’s look at the recipe for some of Bond’s favorites.

The modern day recipe is slightly different from the original recipe. This is because many of the ingredients James Bond requested for in Casino Royale are no longer in production, so we’re left with the next best substitutes.

The substitutes are just as swell though.

The original Vesper martini used Gordon’s gin, but Gordon isn’t readily available anymore so you can use Tanqueray #10, Plymouth, Beefeater or any top-shelf London dry gin of your choice. This recipe favors gin so if you’re not a fan of gin, you can try Hendrick’s for starters.

Kina Lillet is the secret ingredient in this recipe. It’s no longer made though, but luckily, Lillet Blanc is a good substitute. Kina Lillet had a more bitter flavor than does Lillet Blanc, but what you never tasted can’t possibly hurt you. If you can’t get Lillet Blanc, you can use another brand of dry vermouth.

Pour the ingredients into a cocktail shaker filled with ice and shake until the mix is ice cold. Strain the mix into a champagne glass, and garnish with a peel of lemon twist. 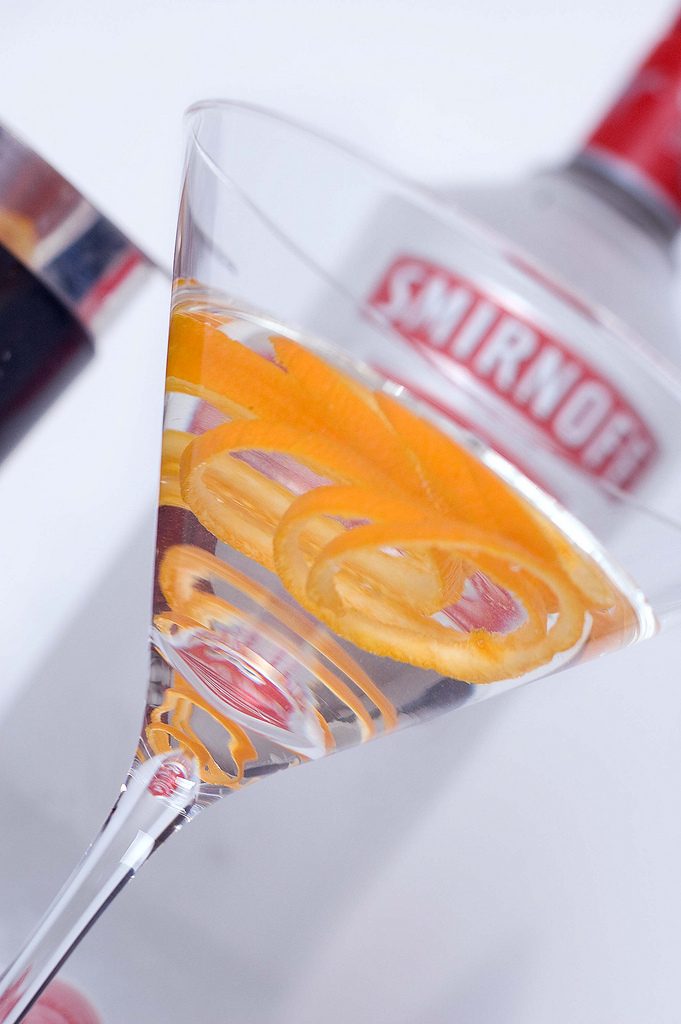 Shaking this cocktail allows the ingredients to blend and become one flavor.

Also known as the vodkatini or kangaroo cocktail, this martini was inspired by the classic martini, but instead of gin, vodka is used. The vodka has no preferences. Any premium brand will easily do the job but make sure it’s of the best quality. If you use one of low quality, the bad taste will be evident.

Pour the ingredients into a cocktail shaker filled with ice and shake until the mix is ice cold. Strain the mix into a chilled cocktail glass, and garnish with a peel of lemon twist or olives.

This cocktail mixed drink is not like the other martinis. One major difference is that this cocktail is not even a martini. James Bond is said to have ordered this at some point, so why not give it a whirl? 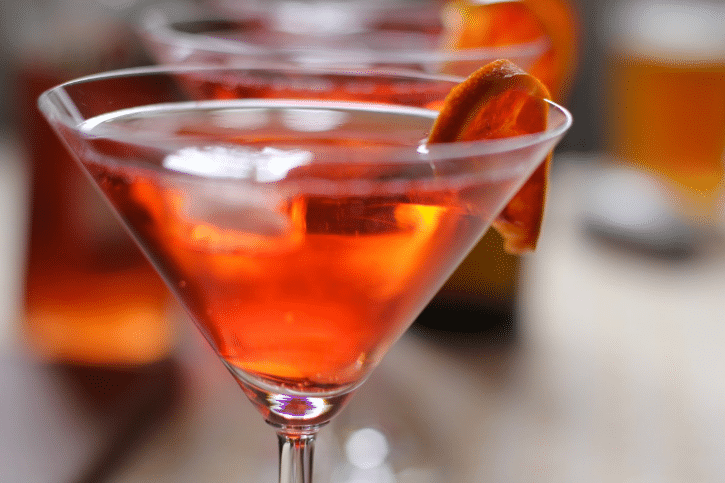 Fill a glass with ice. Pour the ingredients one after the other into the glass. Your 007 cocktail is ready.

Some Cocktail Mistakes to Avoid

When mixing a drink as legendary as the martini, one might get carried away. This is just a reminder of the dos and don’ts of cocktail making. The original martini is actually stirred, not shaken. James Bond likes his shaken, but that’s not the usual modus operandi.

You can have yours Bond style if you prefer.

Never put your drinks in the freezer or refrigerator. No need for the extra chilling effect – that’s what the ice is for. Another mistake you should avoid is with the measurements. Never assume that you can tell what quantity is what by merely looking. Measure your ingredients correctly. 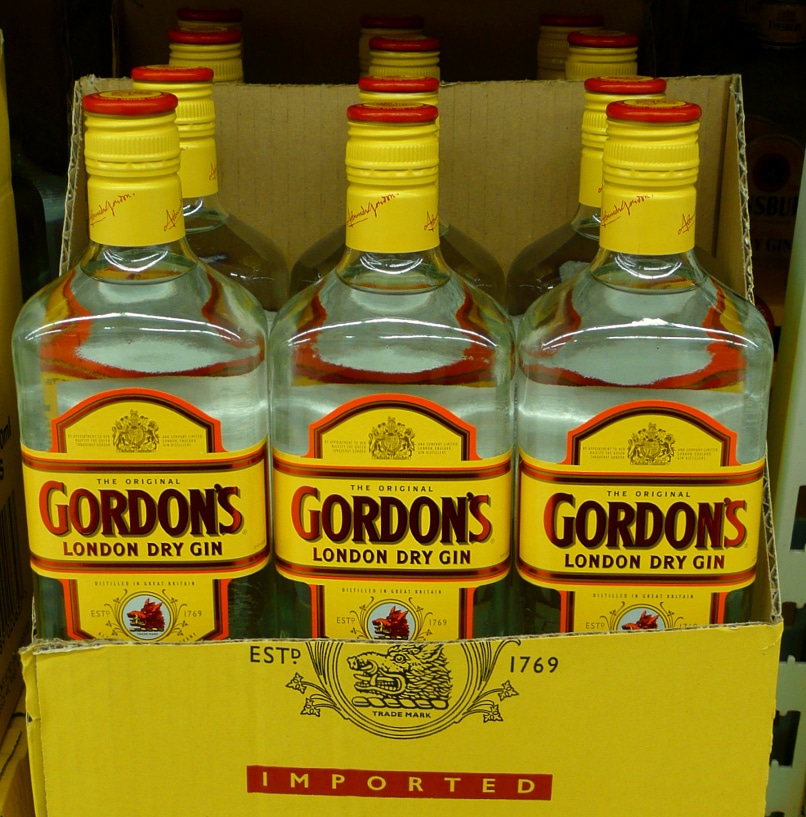 And to be able to measure correctly, you need appropriate utensils. Utensils every bartender or aspiring bartender should have include: cocktail glass, bar spoon, measuring cup, strainer, mixing glass and a small knife.

The key to a great martini is to use quality ingredients, this goes for any variant of the martini. There are only a few ingredients, so don’t hold back. If you’re going to make it, make it right. If one ingredient is inferior, the entire drink is ruined. Good things don’t come cheap. Start with a top-shelf gin or vodka and a decent vermouth.

Also, every gin is different, so you might want to try a few brands before settling on one. You may need to adjust the ratios when switching between brands. If you’re using olives as garnishes, use either one olive or three skewered on a cocktail pick. It’s an old saying amongst bartenders that an even number of olives brings bad luck.

And it’s a wrap! That was some quality Bond-education, huh? You can’t ever talk about Double Oh 7 or martinis without considering the man behind the 007 drinks. I hope I have been able to do justice to this subject, and then more. If you haven’t had a martini, you most definitely should try it, but please be 21 and over and don’t ever forget to drink responsibly. 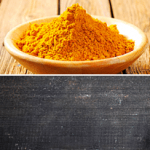 The Best Nutmeg Substitute You Can Never Go Wrong With 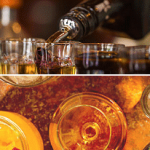