The drink is a bomb shot made with three different liquors in the shot, and a rum and coke instead of a beer. This makes for a unique shot that’s as delicious as it is fun to drink, and the flavors, when combined, taste like a root beer float.

It’s a social drink, a party drink that is easily customizable to anyone’s tastes. Batman bomb is a great drink for when you’re with your friends, so why not try this comic-themed shot at your next party?

What is a Batman Bomb?

A Batman bomb is a bomb shot drink named for the famous Caped Crusader of DC comics. With a mix of multiple liquors as part of the shot alone, as well as even more liquor in the accompanying drink, this bomb shot is a mix of flavors with an intense taste than can make you at least pretend to be Batman for the time it takes you to drink it!

The Batman bomb shot itself is made from mixing three liquors into a shot glass and then adding spiced rum and cola to a pint glass. While mixing three liquors into a shot glass may feel like it takes a bit of extra precision, and perhaps it might, it’s worth it for the mix of flavors reminiscent of a root beer float and amount of alcohol you’ll get in this interesting, sweet shot.

What Do You Need to Make A Batman Bomb?

To make this Batman drink, you will need four different liquors and a cola of your choice. These liquors are root beer schnapps, vanilla vodka, bailey’s, and spiced rum. Mixing the schnapps, vodka, and Bailey’s into a shot glass, this creates the “bomb” part of the shot. Instead of dropping this bomb into a pint glass of beer, instead you make a rum and coke, or any cola drink you happen to have on hand or which you prefer.

To make this drink, you will need a shot glass and a pint glass. The root beer schnapps, vanilla vodka, and Bailey’s are mixed in equal parts in the shot glass, while the pint glass is filled about halfway with the rum and cola. Drop the bomb into the rum and coke and drink quickly!

Variations on The Batman Bomb

There are so many different things you can do to your Batman bomb shot to make things a bit more interesting. First, you can use any type of cola you like. I tend not to taste a difference between Coke, Pepsi, and other knockoff colas when I’m drinking, but some people really can taste a difference and have an extreme preference.

If you’re making this at home, you have the choice of whatever cola you want. Maybe this doesn’t feel like a “variation”, but it’s important to note that you don’t need to have a rum and Coke if that’s not what you would personally prefer! 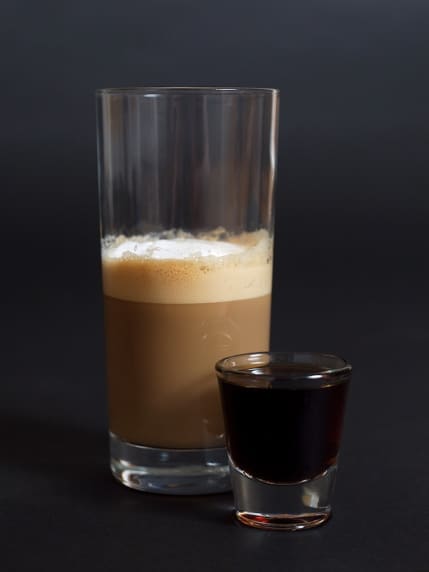 You can also play around with the types of alcohol in this drink, too. One of the simplest switches in this drink is to replace the rum in the rum and Coke drink with a spiced rum. You can use your favorites (I think Captain Morgan works really well) and see how the other flavors added to the rum can make this shot even more interesting! But there are other switches you can try as well.

Not in the mood for vanilla vodka? What about Jägermeister?

This will add an interesting change of flavors if you’re in the mood for something a bit more adventurous with this Batman drink. Or perhaps if root beer schnapps aren’t available, try butterscotch schnapps. The taste won’t be exact, and you probably won’t end up with that final, root beer float-like flavor, but this could be an interesting swap if you don’t have the ingredients on hand or you want to try something just a little bit different.

Where Can I Find a Batman Bomb?

This Batman drink might be just a little harder to find than other bombs. Root beer schnapps won’t always, unfortunately, be universally acceptable, so you may either have to do some experimenting or really know the liquors your local bars have on hand before you try to order.

You could call ahead and ask before you even walk in, but not very many people want to do that. This isn’t always a drink that bartenders may have heard of, either. In my time working at bars there was never a particular button for this Batman bomb shot, so even if they do stock the correct ingredients, prepare to explain to the bartender what this Batman drink actually is. 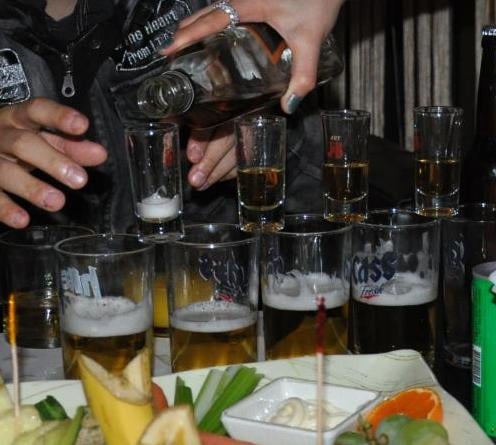 This is all to say that there isn’t any reason why you can’t make this shot at home. While I understand bomb shots are probably best enjoyed at your local dive bar in the seedy atmosphere among friends, if you’re really in the mood for this Batman alcoholic drink but nothing near you stocks the ingredients, you could, of course, make it at home.

Perhaps try it in your basement on a night in with your friends, or at a house party you’re throwing. Maybe bring one of the lesser known ingredients to a party you know will have alcohol so you and your friends can enjoy the drink there and even introduce the drink to others involved.

It takes a minute to make, but the drunker you get, the more of a game even attempting to make the shot becomes. You might even like the shot better if you get to control the flavors going into it.

When’s the Best Time to Drink A Batman Bomb?

The ideal time for a Batman bomb, is, luckily, pretty much any time. I don’t mean any time of day; I mean it’s not particularly geared toward drinking in the summer and it’s not meant to warm you up like a winter drink. This drink is fairly universal and would be great at any time in the year where you’re in the mood to just get drunk. Bomb shots are best enjoyed in the evening with friends; this isn’t so much a happy hour drink.

Though if the mood strikes you at happy hour, who am I to stop you indulging? 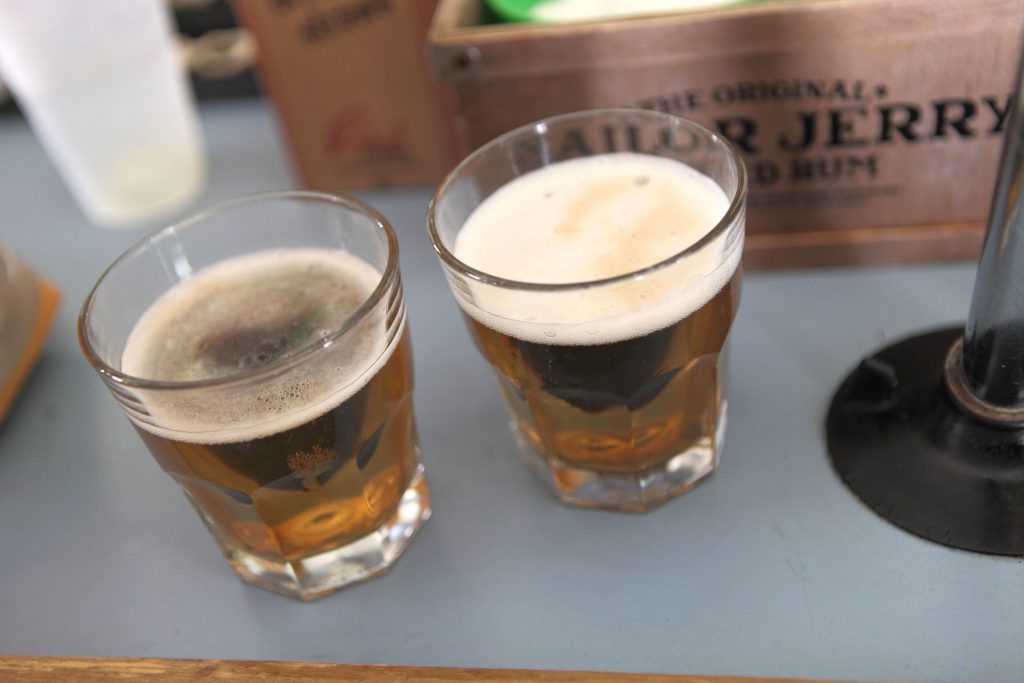 While I’ve never done this myself, this shot might be extra fun during a movie marathon, particularly, if you haven’t guessed the obvious already, a Batman-themed one. Why wouldn’t you want a Batman alcoholic drink while watching the caped crusader fight crime? I have always been a fan of drinking games, especially movie-themed ones, and this is the ideal shot for that.

With its mix of flavors, you won’t be downing straight alcohol when the set of rules want you to take a shot. Instead, you’ll have a nice root beer float flavor and the cola to wash it down. You may have to slow down on the drinking game to avoid getting sick, but this could be a really fun way to spice up a Batman viewing party. I would highly recommend.

To Whom Would I Recommend A Batman Bomb?

Admittedly, not everyone is a big fan of bomb shots. It’s a very hit or miss type of drink. I would recommend the Batman shot to anyone who already enjoys drinking bomb shots, as it will give you a new type of flavor to try when you’re engaging in a drinking-related activity you already enjoy. I would also recommend it to people who are fans of Irish cream in their drinks. Even if you’re not the person who likes Bailey’s, I would still recommend it.

Adding just a hint of creaminess to the drink, the Bailey’s flavor is almost minimal. I admit to not being the biggest fan of Bailey’s on its own, but in this drink, it allows for the perfect combination. If a friend of yours is really nervous about Bailey’s but enjoys bomb shots, I highly recommend this one. You’ll introduce your friend to a new flavor and liquor while having a good time.

One of the things I learnt from working in a bar is that there is a specific person best for recommending a Batman shot to. Bomb shots are most popular, in my experience, with people on their birthdays. 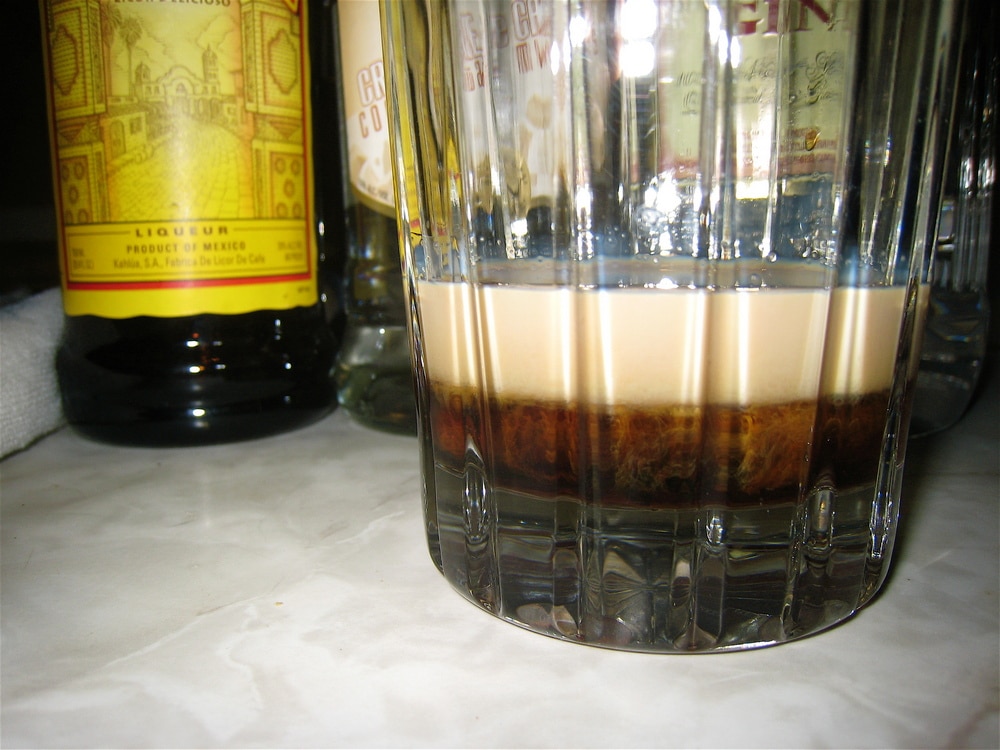 You can get extra drunk, maybe break some glass, and it’s almost a requirement for this drink to be enjoyed with friends. Drinking a Batman bomb with a group of people celebrating a birthday is the ultimate time to enjoy because drinking it is an activity in itself.

There’s always excitement in the air when a birthday bomb shot is ordered. I think the Batman bomb is the perfect birthday shot, too, because of the sweet flavors reminiscent of the root beer float. A root beer float is more dessert than drink, owing to the heaps of ice cream involved, and it’s one often enjoyed at birthdays.

Once you’re old enough to enjoy a bit of alcohol on your birthday, ordering a drink that’s a shot and a birthday-themed dessert all in one would be the perfect solution. Plus, you get to spend your birthday like Batman, which is pretty cool.

Perfect for birthdays and with a sweet and interesting mix of flavors you can easily mix up and make your own, the Batman bomb is the perfect shot for people who like a party. Enjoy it with your friends, make it yourself, and make a game out of trying to get the ingredients not to fall out of the shot glass.

Bomb shots are an excellent social activity that’s as much a game as it is a drink. With its use of rum and cola instead of beer, this Batman bomb shot is unique among other shots of its kind and gives you an extra kick of liquor other bomb drinks can’t provide.

It’s dark, it’s sweet, it’s intense, and it’s reminiscent of DC’s most famous billionaire vigilante. It’s the perfect drink for when you’re out with your friends, and a legitimately fun time for everyone involved. 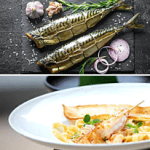 Salted Mackerel Recipe • The Easiest and Most Delicious! 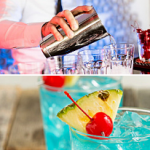