Does the name bubble gum shots remind you of anything? Maybe a tasty candy from your childhood? The bubblegum cocktail or bubble gum shot is a great drink to have when you’re chilling or relaxing with some friends. It has a sweet taste just like the popular bubblegum you may have had as a kid.

The bubblegum shot is a go-to for me because it is refreshing and each sip is filled with delight. Surely a little mix of bubble gum and alcohol isn’t a bad idea if you ask me.

This classy, sophisticated drink is top-notch for both of-age males and females– its sweetness is on a whole new level.

Aside from being tasty, it is also very pretty. Without realizing it,  you could have your eyes glued to this “eye-candy” long after it’s been served.

If you want to have some fun with it, you can add several little tweaks to this cocktail. For those of us that love a mix of sweet and sour in one glass,  this drink’s got you covered.

What is the bubblegum drink?

The bubblegum drink or cocktail is a liquor infused with bubblegum flavors to produce a taste exactly like bubblegum.

Remember that classic bazooka gum you chewed growing up? The bubblegum cocktail is said to take this candy as its inspiration. Even though it’s not clear who first produced it, the cocktail was created to have the bubblegum taste with a mix of alcohol. 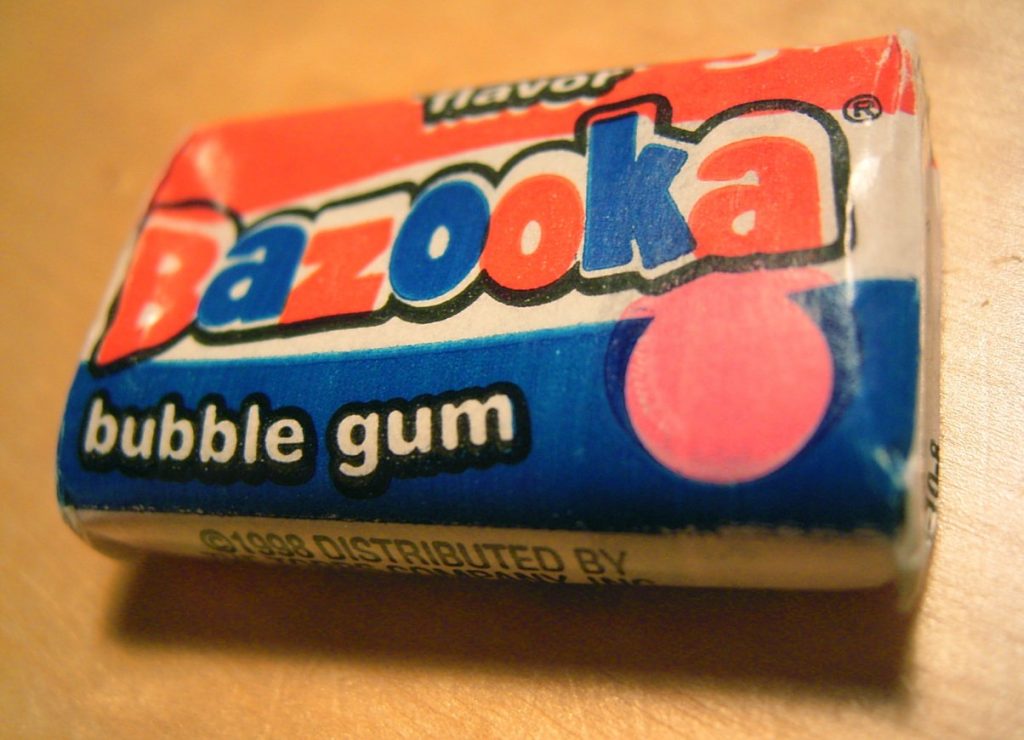 Bazooka bubble gum was produced by the Topps Company of Brooklyn, New York, after World War II. It came with a very patriotic red, white, and blue color scheme. Soon after, the packaging was changed to feature the comic character Bazooka Joe, who appears in different comic strips.

Eventually, Bazooka bubblegum was made in different varieties and, soon, became wide-spread and sold in many countries with its comic strips translated into as many languages.

After Bazooka’s widespread acceptance, a New York bartender known as Eben Freeman is said to have developed a drink to correspond. Allegedly, Freeman developed this drink from a mix of syrups, lime, lemon, and egg whites, which gives it a frothy finish. However, another account claims that the cocktail was first produced by Michael Tsirtsis, a bartender who was challenged by one Roger Landes to produce a cocktail with shredded bubble gum. Tsirtsis’s main achievement is that he supposedly took the challenge one step further and retained an authentic bubblegum flavor while discarding any synthetic flavors. He is said to have made a syrup from some fruits, roots, rum, lemon juice, cinnamon, sarsaparilla, and chewing gum. Supposedly, his cocktail had the exact same taste as the bubblegum.

Now that we know what the bubblegum cocktail is, let’s take a more intimate look at it. We’ll see why the bubblegum shot has gained such wide acceptance and why it’s so popular in so many countries around the world.

The bubblegum shot is quite simple and straightforward, and, to make things interesting, different variations have also been created to suit different tastes. It also allows you to add your own style so you can customize it right to your tastebuds.

It also takes little or no time, so get ready to enjoy yourself!

Let’s get into it. 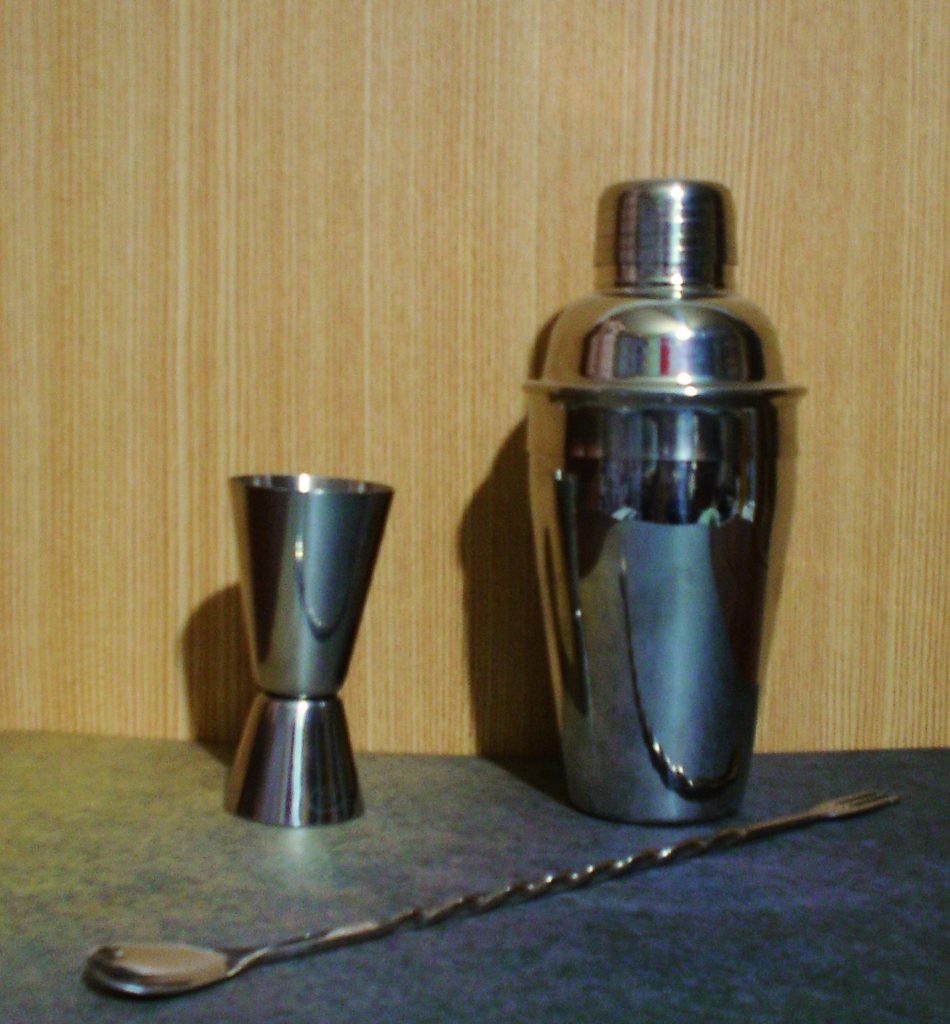 This recipe is simplicity at its finest, so you won’t need much for it. All you need is:

Cocktails are simple to make, right? 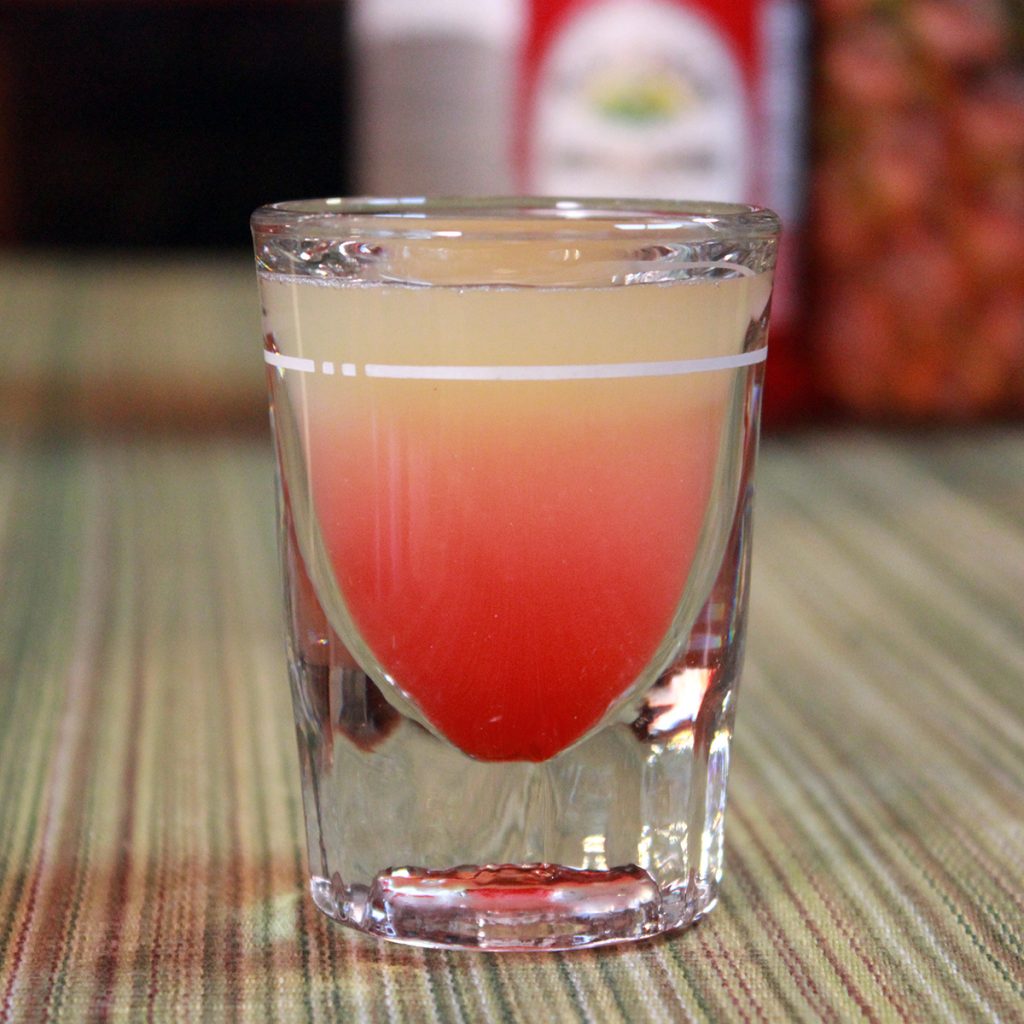 They should be! Preparing your bubblegum shot shouldn’t take longer than 5 mins, and every second is worth it. After 3 to 5 minutes, you can enjoy your glass of a delectable bubblegum-flavored shot.

Some shots of bubblegum cocktail with friends is a great idea; if you’re planning a party, they’re also a sure-fire hit. However, it’s sweet, but don’t get carried away. Enjoy responsibly.

If a cocktail shaker is not available, you can stir the liqueur in a tall glass and strain it into your shot glass.

You have probably heard many things about the blue bazooka bubblegum shot, and you might wonder if it is any different from the classic bubblegum shot itself. We’ll soon find out.

Blue curaçao is very important in the blue bazooka, even though it can be replaced with any other orange-flavored liqueur to give your drink a distinct blue color.

We all want some variety in what we consume, and the bubblegum cocktail is no exception. There is a range of options to choose from, so our taste buds are free to pick a favorite.

How many varieties does the bubblegum cocktail come in?

There are several different ways the bubblegum cocktail can be twisted and styled, and we’ll take a look at some of them.

The hard bubblegum lemonade is a variety of bubblegum cocktail. For this, you’ll need bubblegum-flavored vodka, club soda, pink lemonade concentrate, and some ice cubes. 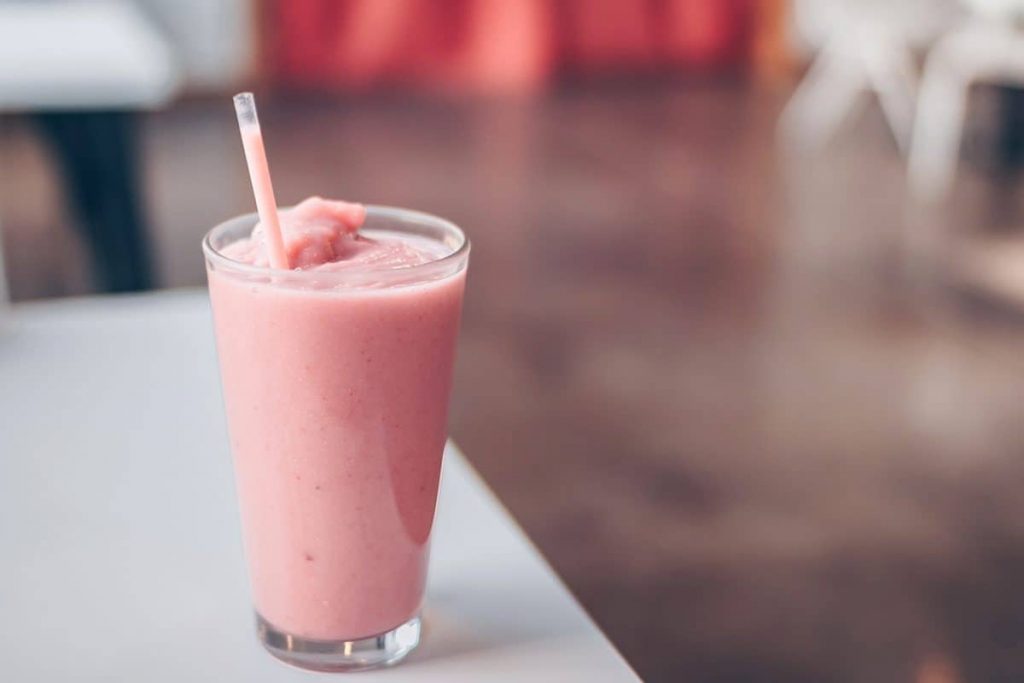 The procedure for this variation is the exact same as the classic bubblegum cocktail. Simply pour all your ingredients into a shaker, mix properly, strain, and enjoy!

The bazooka frosty is another variety of the bubblegum cocktail. The ingredients needed for this variation are bubblegum-flavored vodka, milk, white chocolate, and some ice cubes.

The procedure for this variation is, again, the exact same as the classic bubblegum cocktail. Add your ingredients into a blender or cocktail shaker, shake, strain, and serve.

The Russian bubblegum is yet another variety of the bubblegum cocktail. Like the others, it is nothing over the top, and it’s as simple as 1+1. To make this drink, you’ll need bubblegum-flavored vodka, milk, Kahlua, and some ice cubes.

The method of preparation for this variation is the exact same as the classic bubblegum cocktail. Simply pour all your ingredients into a shaker, mix properly, strain, and enjoy!

The pinky bubblegum shot is another variation you might see on a bubblegum drink menu. This is a mix of sweet and sour, which is a popular favorite. For this shot, you’ll need bubblegum-flavored syrup, lime or lemon juice, soda (if you like your drink a little more bitter) or lemonade, gin, and some ice cubes. 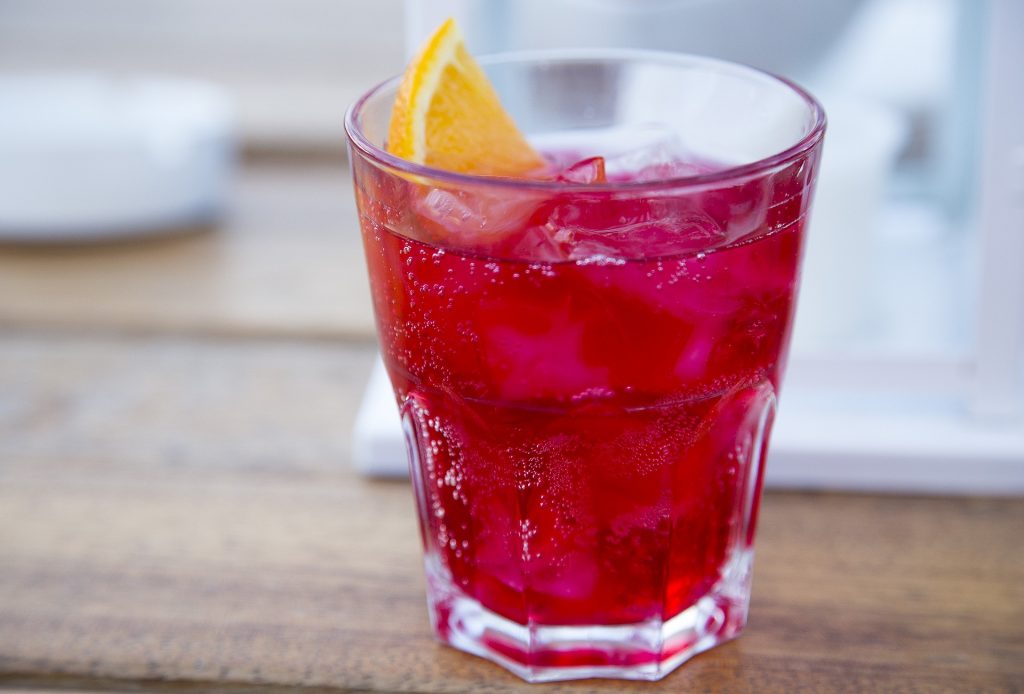 Mix your ingredients in a shaker and shake, strain, and serve. You can add some lemon slices if you want.

You can already guess what this tastes like from the name. This fruity sweet bubblegum variety is made using bubblegum-flavored syrup, rum, apple juice, lemon juice, strawberry liqueur, and some ice cubes.

The fruity sweet bubblegum cocktail is prepared in the exact same way as the other varieties. Pour your ingredients into your shaker, mix properly, and serve.

These are some of the varieties of the bubblegum alcoholic drink. There could be several other varieties out there –get creative!

The bubblegum cocktail gives you a refreshing and sweetening feel with every sip. But don’t take my word for it; try it yourself. It’s better to experience it first-hand than to be told of its effect.

A blend of bubblegum-flavor, tang, and sweet all in one glass. This is an especially unique and fun cocktail, and, if you ask me, it’s definitely worth a try.

Remember, however, to always drink responsibly!