Cactus cooler drink is one cocktail that is an ideal summer delight. It is an enjoyable drink that can be taken anywhere, either by the poolside or when having a picnic with friends.

Another plus to this drink is that it can be made into a cactus cooler shot. Just as its name suggests, the cactus cooler is so refreshing and cool and it does a double job of quenching thirst and giving a refreshing feeling.

As its name suggests, the cactus cooler has the ability to quench the thirst of a cactus frying under the hot desert sun. Aside that, this chilling drink is so easy to throw back which surprises the new guy and brings one back to life, in exactly the same way water revives a cactus.

The cactus cooler cocktail is one of those drinks cocktail enthusiasts and those looking out for new drinks can try and enjoy. Potent and at the same time refreshing, it has the potential to knock you off your feet if you’re not careful.

This drink bears similar name with an American orange – pineapple soft drink which many may have enjoyed in their childhood and some say it bears similar taste to it.

But hey, you can try it out and decide for yourself. 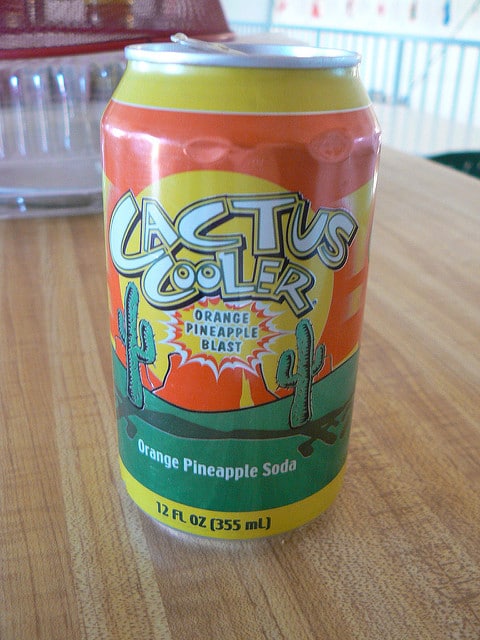 If you’re going to have the best summer ever, this drink should be on your summer shopping list. It is a nice and invigorating deviation from the standard cocktail recipe. Cactus cooler is also a trustworthy partner when you and the gang are just chilling or discussing business. No matter the occasion, you can’t afford to miss out on this special treat.

Friends will thank you, that’s one thing I can assure you. If you’re planning a party, no matter the time of the day or just preparing a drink for yourself, this is one drink I recommend.

Cactus cooler cocktail is one drink that has become one of my favorites ever since the first time I tried it. I’m not the only one who feels this way as many of my friends refer to it as their favorite cocktail of all time. The recipe for preparing this is a classic with variations that simply involve tweaking the energy drink to one’s personal taste.

Apart from that, the recipe of the cocktail drink requires no other substitution or variation. Now let’s discuss the shots.

What Is A Cactus Cooler Shot?

A shooter is about 3 ounces of mixed drinks while a standard shot is about 1.5 ounces of a drink usually consumed quickly, often in a single gulp and served in a shot glass. Depending on the drink, it can be shaken, blended, layered or just simply poured. 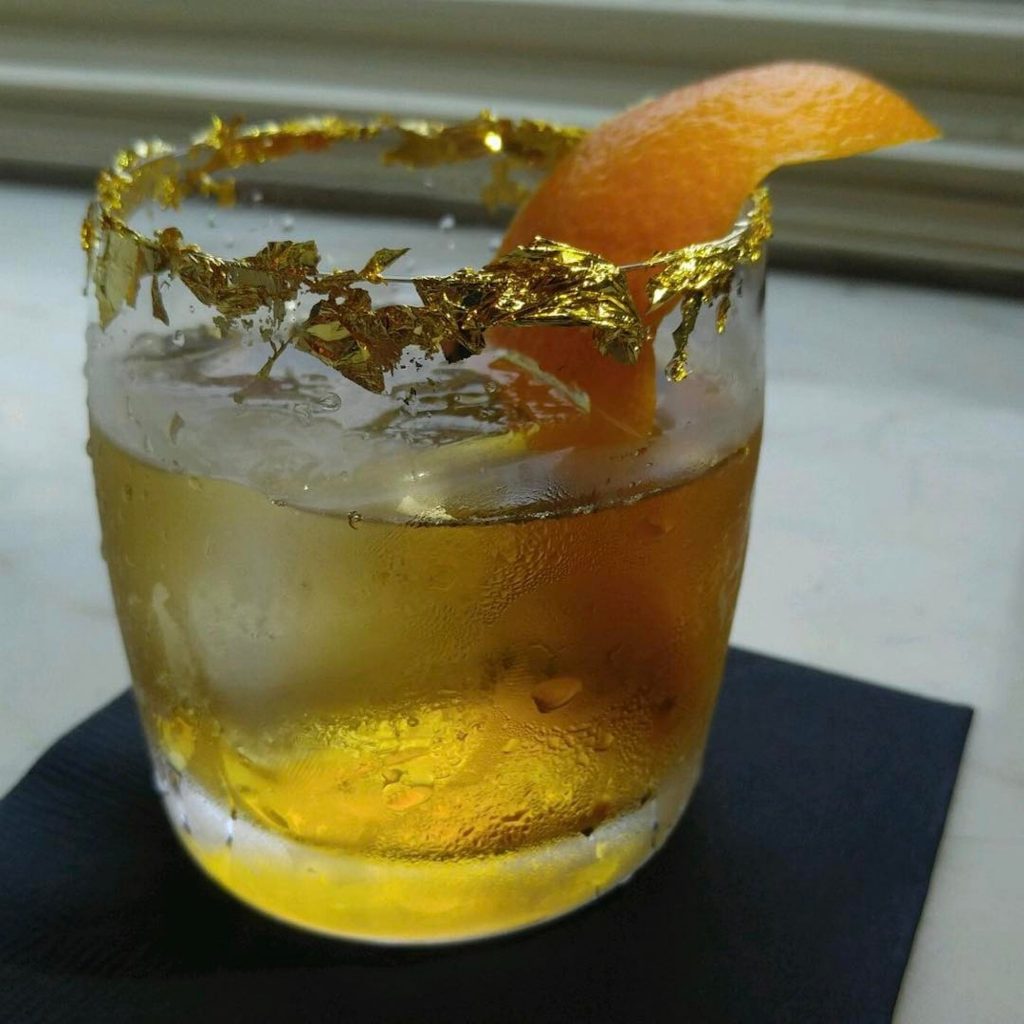 Shots are usually served at bars and some bartenders have their own signature shooter. So just like cactus cooler, you might be surprised when you go to another bar to order for it and get something that looks like a cactus cooler shot but with a different taste.

Cactus cooler cocktail can also be dropped in a bomb shot. Just in case you were wondering, bomb shots are a type of alcoholic cocktail recipe that requires one to drop a shot glass filled with a spirit or liqueur into a tumbler glass partially filled with a chaser drink (any energy drink of your choice) or beer.

This is then consumed very quickly (chugged). Another name for  a bomb shot is depth charge.

One famous bomb shot recipe that you might remember from your college frat party days is the classic Jagerbomb. If you liked Jagerbomb, you must try out the cactus cooler shot. Other popular bomb shots include Irish car bomb, Vegas bomb, Sake Skittle bomb, etc.

To prepare the cactus cooler bomb shot, combine in a small shot glass equal parts cactus cooler drink ( ½ – ¾ oz per liquor ingredient)  and drop in a pint glass 1/3 full of any energy drink of your choice, preferably Red Bull and chug! Energy drinks give you an extra bust of energy. Add that to alcohol and a splash of fruit juice and boom!

You get a magic drink that will keep you well awakeand alert while drunk. Potent much, you just have to be careful so you don’t binge drink.

The principal components of this Peach Schnapps cocktail are mandarin vodka, peach schnapps of course, an energy drink and a splash of orange. 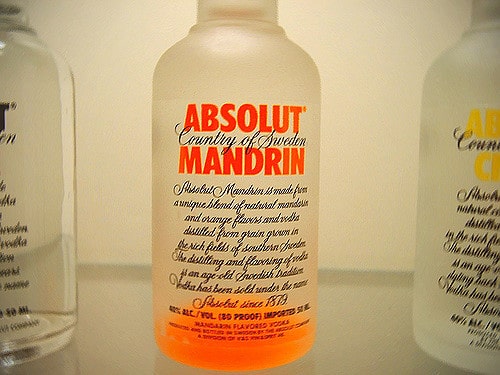 As far as drink recipes go, cactus cooker shot is a very easy to prepare drink. This is good especially if you’re making shots for a crowd. So here goes the steps:

You’ll need a few tools and equipments and they are: shooter/shot glass, low ball glass.

Like I mentioned earlier on, there is not much deviation from the original recipe for this shot. Though there may be variations to this recipe, the differences are slight. Some drinks that are widely postulated as Cactus cooler might not really be it as they might have been changed slightly or totally altered to give a new drink. Let’s take a look at these variations.

One variation is to make cactus cooler without a splash of orange. Yes, this is widely common as that slight fruity taste is no longer a part of the mix. Instead, they just go with the vodka, schnapps and Red bull. This is seen in most shot recipes and some people like the taste regardless. The best thing would be to let your taste buds decide.

Try both out and make your pick. 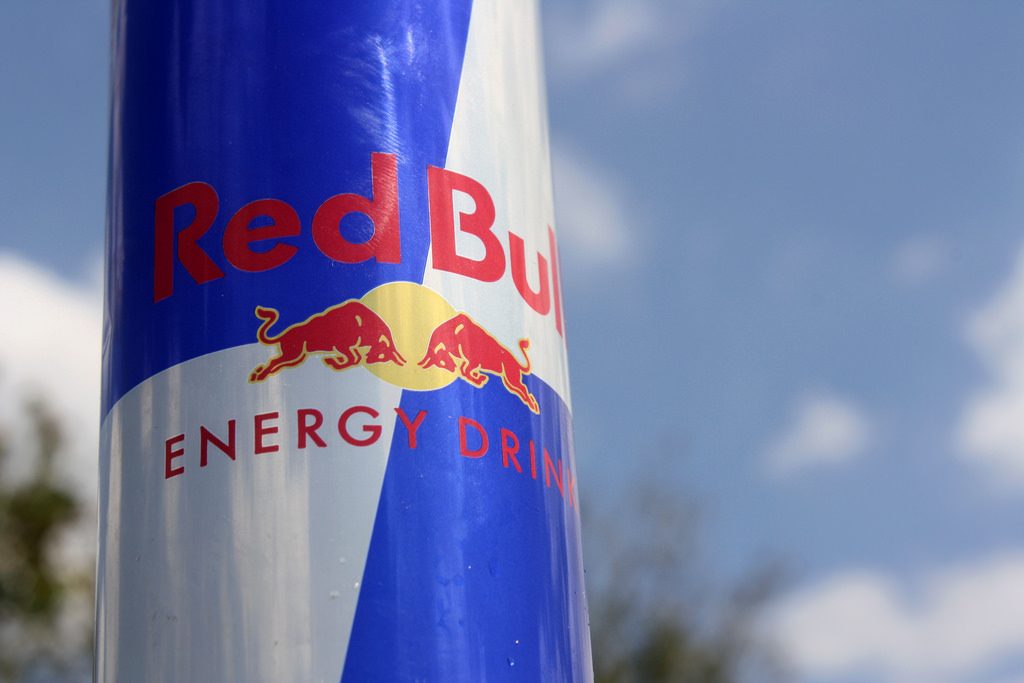 For your choice of vodka, you aren’t just limited to Mandarin. If you happen to have Orange vodka within easy reach, then what are you waiting for? Substitute that in your shot to get your unchanged cooler shot.

If you would prefer something different in the fruit section, you can easily do that by substituting orange juice for pineapple juice.This will give an extra sweet and fruity taste to your shot. But truth be told, nobody chooses the cactus cooler shot because it’s sweet.

The steps to prepare it involve combining the vodka and the Triple sec in a cocktail shaker with iceand shaking till chilled. Then you pour it into a shot glass and full it up with the Red Bull. If you notice, this recipe doesn’t include adding a splash of juice.

Why? It’s popular and this makes it easy to get.

Also, making use of other energy drinks might give your cocktail a different taste you did not plan for. 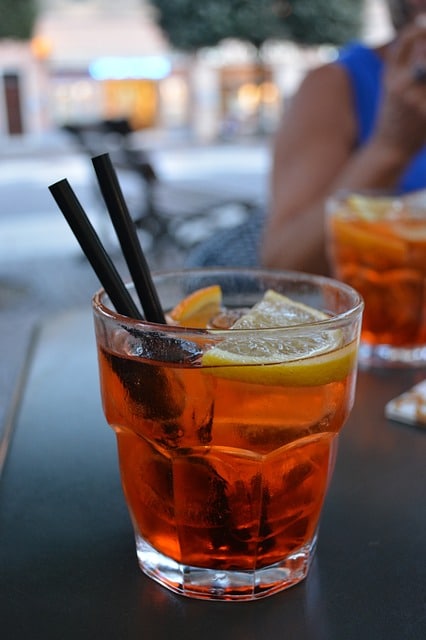 Red bull vodka is one cocktail that is a mix of both Red bull energy drink and varying amounts of vodka. This is usually taken straight but can also be incorporated with liqueur like peach schnapps to give you a vodka red bull peach schnapps mix.

For faster preparation method, this mix can be used when preparing your cactus cooler shot. If for any reason you do not have Red Bull in stock, you can make use of Rockstar, Monster, FullThrottle etc.

But though they are all energy drinks with almost the same effects, for those with the same kind of specific flavor, there might be a little distinctive note to them. A different drink from Red Bull might lend a different taste to the mixed drink so be ready for that.

We know there are times when a jolt of caffeine is needed to get us out of the bed for the day’s activities. But if you’re trying to do double duty and pregame, then welcome to the world of energy drink cocktails.

When it comes to energy drinks, there is always something for everyone. Whether you’re gearing up for a sporting activity or trying to stay awake throughout the night, there is a perfect energy cocktail drink that will keep you going.

There are a lot of creative ideas when it comes to making energy cocktails that are a lot different from the typical red bull vodka.

The first on the list is Calabasas cooler; a faux upscale version of cactus cooler shot inspired by the town of Calabasas, California and involves a mix of Red Bull Yellow edition, vodka and San Pellegrino’s effervescent blood-orange flavored Aranciata soda. This is a cocktail that will take you to a state of hopped up, adorable poolside bliss. 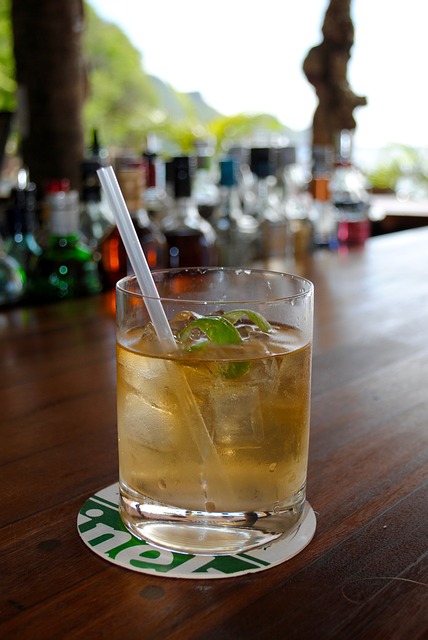 Another energy cocktail drink that is available is the cosmic slushy which is an energized version of the cosmopolitan.

It contains Red Bull red edition which is a cranberry flavored energy drink, Triple sec and vodka. Regular old Red Bull can be used in the absence of Red Bull editions flavors. This frozen delight is a perfect take for outdoor parties under nice weather.

For days when your average coffee just isn’t enough to get you out of bed in the morning, its time to kick that cup into overdrive.

Java monster is one commonly available coffee flavored energy drink available in the market and it can take the place of cream and sugar in your coffee. With its creamy sweet taste, it has the ability to also give you an additional stimulant boost to your breakfast blend. Java monster can be mixed with coffee and vodka to give you a delightful brinchtail.

The last but not the least is Demolition Derby. Nice name, right? It is a strong drink that involves mixing Jagermeister, Bud Light and an orange flavored soda, NOS. This is one that will get everyone fired up after a round with its increased body and flavor.

There are other cocktails yet to be discovered, so why don’t you get up and get mixing? The cactus cooler shot is one drink that is just a bit different from the other bomb shots available like Irish car bomb, Jager bomb, and a host of others. So if you’ve tried those ones out and you love the taste, why not try something new and give your taste buds a treat.

Give this a shot and you just might love the experience. Just a little caution though, be careful while chugging down shots as you may lose count of the number of shots taken and end up really really drunk. If you will be trying it out at your next visit to the bar, make sure you have a designated driver ready to take you back home. Drink Responsibly!