On a recent ‘patient visit’ to Italy (where this good Doctor shall be relocating his drinking ‘practice’ as of late November) I stumbled into Sicily: yes, mafia land and home to scary dudes with lots of chest hair & gold jewelry. But its also home to some cracking vino and an absolute little gem called Marsala (which comes from, funnily enough, Marsala!).

It’s an Italian fortified wine much in the vein of port or sherry and its the bees knees! A lot of people use it for cooking and in things like Tiramisu – but a lot of people can’t be bothered to buy a bottle for the small half a cup needed when making stuff.

Marsala is made with several varieties of grapes depending on the type of wine being made: Grillo, Inzolia, Catarratto, Albanello Bianco, and Damaschino, among others. But all grapes used in making Marsala are native to Sicily.

So much history and effort go into a bottle of Marsala! Buying your own is worth it and it’s so much easier than creating some grape juice and brandy concoction to try and make up for what you don’t currently have in your pantry.

Marsala isn’t hard to find either. Waltz into a Wal-Mart, a Target, a local liquor store, you should be able to find something for around fifteen dollars a bottle. If you don’t like buying a whole bottle because you’re just going to use a little to cook, think of it this way: more for you to drink with your meal when you’re done making dinner!

Some people often substitute Marsala wine when cooking with stuff like Madeira or Amontillado – but let me tell you – there is no Marsala wine substitute – nor should it even be contemplated.

Just go and get a bottle – the stuff will never go bad (well – not if you drink it) anyway it tastes good. What does marsala taste like – it tastes awesome! Get into it.

The history of Marsala is long, which is one reason not to substitute it.

Its origins are interesting and anything with a long complex history to fortify its taste means it is one of a kind.

According to tradition, Marsala began with John Woodhouse, a merchant from Liverpool. He arrived in Sicily in 1773 and tasted the local wine. After realizing it was similar to Madeira from Portugal, his merchant instincts came in. He knew that there was a great demand for wines like Madeira, especially in America, and so he sent it off to England after fortifying it with brandy.

Marsala was a popular shipping wine because of its brandy fortification. All that alcohol made sure it didn’t spoil on its long journeys to its many destinations.

Of course, Marsala was in the making much earlier than 1773. Sicily knows its wines because it’s been creating them for so long. Vino perpetuo, or ‘everlasting wine’ as one can guess, started in the port town of Marsala – go figure.

It was made by continuously adding the most recent vintage to the barrels, so that it was constantly being blended. The barrels had a bit of extra space in them so that the wine could oxidize. One batch never tasted exactly the same and they all had flecks of vintage flavor.

Then good old Mr. Woodhouse came along and put brandy in it.

Sicily was great at making the wine, the British wanted to sell it. And so, begins and progresses Marsala’s advent and journey across the globe, crossing seas with royal navies and decorating the tables of nobles and royalty.

Marsala continues to be made the same way, in wooden casks, constantly aging and blending with older wines before being fortified with quality brandy. It’s because of this persistent winemaking process that makes it so famous around the world. It’s not made like other wines, so it remains unique and well-loved.

We were privileged to have been given a tour of Cantine Florio, who is one of the oldest producers in Marsala and a deadset icon in the Italian wine trade.

Cantine Florio was founded by Vincenzo Florio in 1833. Florio acquired a strip of beach in Marsala between the Baglio Woodhouse and the Baglio Ingham and the Cantine Florio has been there ever since.

In 2013 the winery celebrated its 180th birthday, after almost two centuries of creating wines that have been loved and enjoyed worldwide.

Problem was the tour was at 11pm at night and we were 3 sheets to the wind and half way to next Tuesday. Thank you magnums of Valdo Prosecco!

All I remember is a lovely girl called Sara who was our guide, tasting 3 different types of Marsala  (which were class), buying 2 bottles said Marsala for €15 and then offending an English lady with a penis joke.

See some grainy iPhone photos of said ‘patient visit’. We hurriedly left as the English lady was trying to file a harassment suit and debunked in a local bar where the beer tasted like fish. Can you smell the hangover?

Marsala contains about 15% to 20% alcohol by volume. If you smell the hangover, it should smell a little like wine.

Marsala tastes like brown sugar and dried apricots. Different types might have some hints of vanilla and savory tones. The wine that tastes most similarly is Madeira, as good Mr. John Woodhouse has already discovered for us.

That doesn’t mean it’s okay to substitute Madeira for Marsala. Don’t do that.

Dry Marsala goes best with strong flavors, like olives or cheese. If you want to try sweet Marsala with something, grab yourself a chocolaty dessert.

A lot of Americans think Marsala is only a cooking wine. There are actually around ten different types of Marsala wines and each depends on its color, taste, and age. It’s also enjoyed as an aperitif and digestive. For a good drinking experience, make sure you chill it for a bit. This makes it nice and crisp.

The most refined of them aren’t in great demand in America.

The Soleras wines are aged similarly to how Sherry is aged – which is in a stack of wooden wine casks. The casks on the bottom row of the stack have gathered wine from the casks above it and are never emptied all the way. This method is called in perpetua or Soleras. These wines are constantly aging.

There are also three classifications of sweetness for Marsala

Most of the Marsalas in America are cooking wines because the demand for other types just isn’t there. It’s not there because Americans think Marsala is just a cooking wine. It’s a sad loop, really.

The truth is, you’re going to find some good dry and sweet cooking wines for suppers and tiramisu, but the really well aged stuff remains a little harder to get a hold of than just dropping by your local grocery store.

Most Marsala used for cooking is Fino or Fine Marsala, which is the lowest quality of the wine that there is. You can substitute dry for sweet when you’re cooking, but you can’t do the inverse. Most of the time when a sweet wine is required for cooking, substituting it for a dry wine will ruin that rich sweet flavor you’re going for.

Unfortunately, truly high-quality Marsala is on the decline because there are many wineries which produce it cheaply in order to mass produce it. If you have the chance to get a good bottle of Marsala, seize it!

If you’re a real wine connoisseur and you insist on trying the finest Marsala wines out there, you can order them online. Marsala is a shipping wine, after all. If you can spare the cost of high-quality wine and it’s shipping, it’s definitely worth it.

Whatever you do – spend a bit extra and get a nice bottle – don’t substitute Marsala wine for something else – and do go out and get the 8 liter cooking stuff – you can buy a nice bottle of Cantine Florio here – use what you need for cooking and drink the rest!! 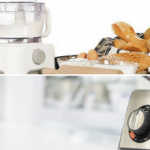 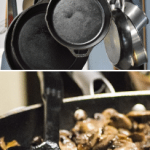