The basic ingredients of a Caribou Lou cocktail are pineapple and rum. So, it is sort of a fruit based drink.

But do not be fooled by its sweetness.This stuff can hit you more than most other types of alcohol. The track “Caribou Lou” by Tech-N9ne in the year 2006 was what made this drink so popular amongst the crowd.

Caribou Lou is a drink from Quebec which is a province in Canada. Due to the experimentation of alcohol and drinks lovers, you can now make this drink at home if you like. However, it also available in a readymade form by SAQ or Societe des alcools du Quebec, which is a corporation at the provincial level in Canada.

What I like about this drink is that it has no seasonal boundaries. Be it the heat of summers, the chilly evening of winter, or the cool breeze of spring, Caribou Lou will lift your spirits in all seasons alike.

If you ask me where any particular drink got its name from, I probably wouldn’t be able to tell you for certain. It is not an uncommon thing in the history of drinks for a drink to have a mysterious origin. Sometimes you can only guess about how and where it started, but these accounts cannot really be taken seriously.

But in this case, it sure did become quite popular within a few days release of the track by Tech-N9ne. The lyrics that created this rage also talk about how to make this drink…and its aftereffects: 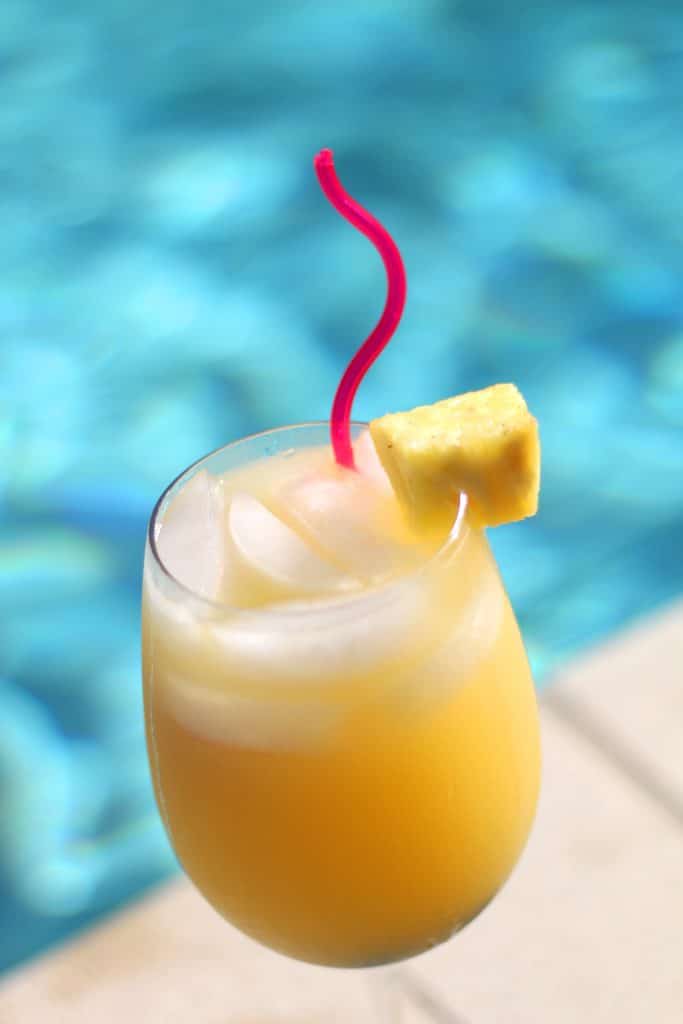 “Half a bottle of 151
Off of the jug one cup of Malibu rum
Baby that’s what’s up
Then you fill the rest of the jug
With pineapple juice, and it’s cracking
The only defect is waking up like ‘what happened?’”

Why is Caribou Lou a Hot Favorite?

If you are a person who loves to drink, then this is a can’t miss. Throwing a party? Include a Caribou Lou shot on the menu and watch your friends go buck wild. However, someone always needs to stay sober and help the others out.

This drink looks and tastes sweet, but it is anything but. Responsible drinking is the first thing to be kept on your mind if you are trying this drink.

Caribou Lou has been talked about so much that it only shows how much people love having it. And when there’s a whole song about a drink, you just know it is going to be super cool.

Plus if you consider the effectiveness of the alcohol in the drink, the Caribou Lou is pretty powerful. The fact that it tastes so good makes people drink until they should ideally stop, but they just can’t.

The rush of the alcohol and the awesome taste together contribute to make this drink one of the best ever. Regarding the point about stopping yourself from drinking more, remember that no matter how delicious it is you can always stop. So, as I keep repeating, know when to stop! Please!

On a scale of one to ten, if you ask me how popular this drink is, then I would say 11. You’ll see by how many times you keep making this drink, once you know the recipe, that there’s a reason it rises to the top of everyone’s alcohol charts. 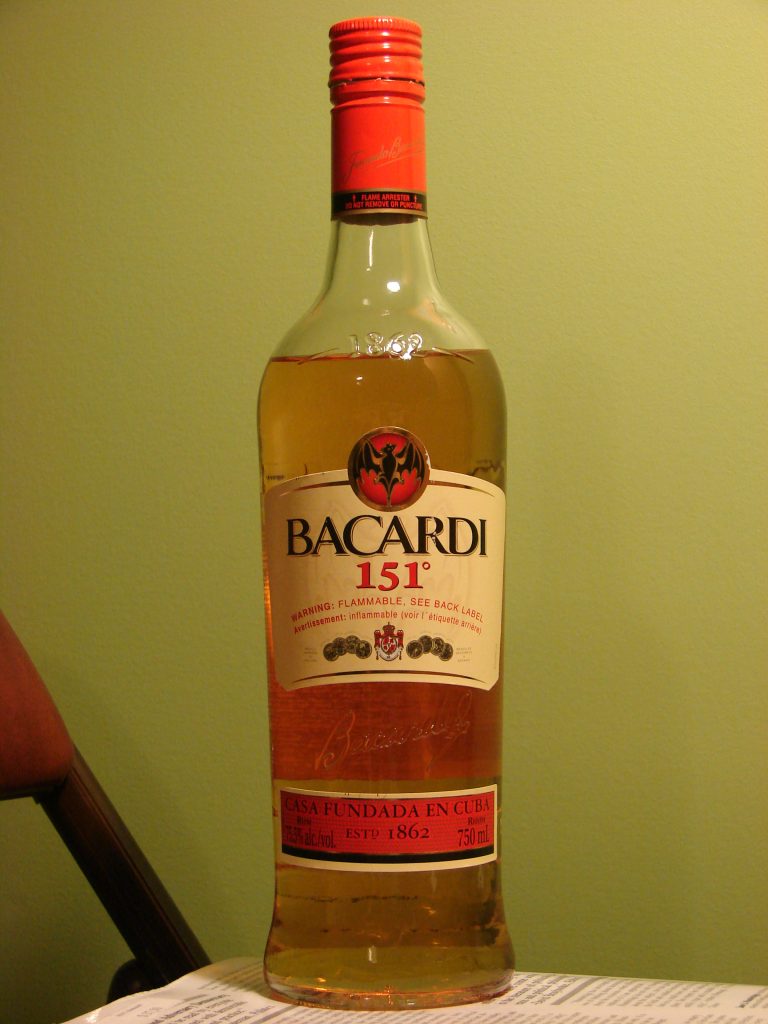 People often use any type of overproof rum in the Caribou Lou mixed drink and a typical favorite is Bacardi 151. But of course, you are free to use any kind that you have with you.

When it comes to Malibu rum, the same goes, although I don’t really prefer Malibu rum. I would suggest that you try Parrot Bay Coconut Rum or Cruzan Coconut Rum if you want to try something different.

The optimal temperature for this drink depends on what weather you are drinking it in. So, it is really up to you whether you want to serve it cold or hot. Personally, I love it so much that I can have it either way and the choice is always really difficult. If you are a fan of how mulled wine tastes, then you will like to have Caribou Lou with cinnamon or a hint of citrus.

Some people would also vote for nutmeg and cloves when it comes to adding a bit extra to their drink.

To be honest, there is no wrong answer to experimenting with drinks, especially when it is one of your favorites. There are many variations but some commonly used basic ingredients are port wine or red wine, and a hard liquor which people usually prefer to be white. It is best to use whisky but rum or brandy will do.

If I have been able to stir up enough of your curiosity about the Caribou Lou drink, then you should be itching to try it. Well, don’t worry, I’ve got you covered! Why go out and pay a lot for this exotic drink? Just try making it at home with this advice,  and you will prepare it like a pro.

All you need to do is read this article. Sounds simple, right? After drinking it, don’t blame what on me though. I always suggest using caution because I know what effects this cocktail can have on people. So, go easy friend. 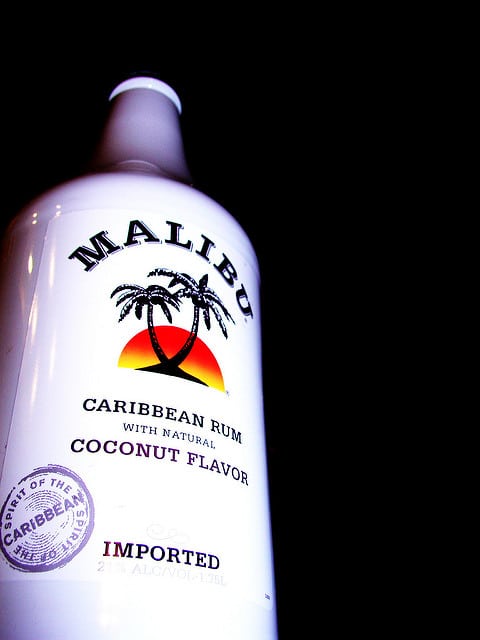 Get your Caribou Lou ingredients right

Here are the ingredients that you need to stir up a surprisingly strong drink:

To prepare the perfect mixture of Malibu and pineapple drink, it is best to use a shaker. Pour that exact quantities of rum, pineapple juice, and coconut rum mentioned above into the shaker. Put in some ice according to your taste and then shake it up!

And that’s all it takes.

Yes, it is that easy to make. This is definitely nowhere close to rocket science. However, the tricky part is to drink it the proper way. Do not get overconfident because this drink is stronger than you think.

After you are done with the mixing, you can use any sort of glass to pour it in. I prefer a Collins glass or a highball glass and to top it with some ice cubes. Do not forget to stir it one last time. Use a clean cut piece of pineapple to make it look nicer and give you the perfect beach vibe. If you like cherries, you can use them as well. 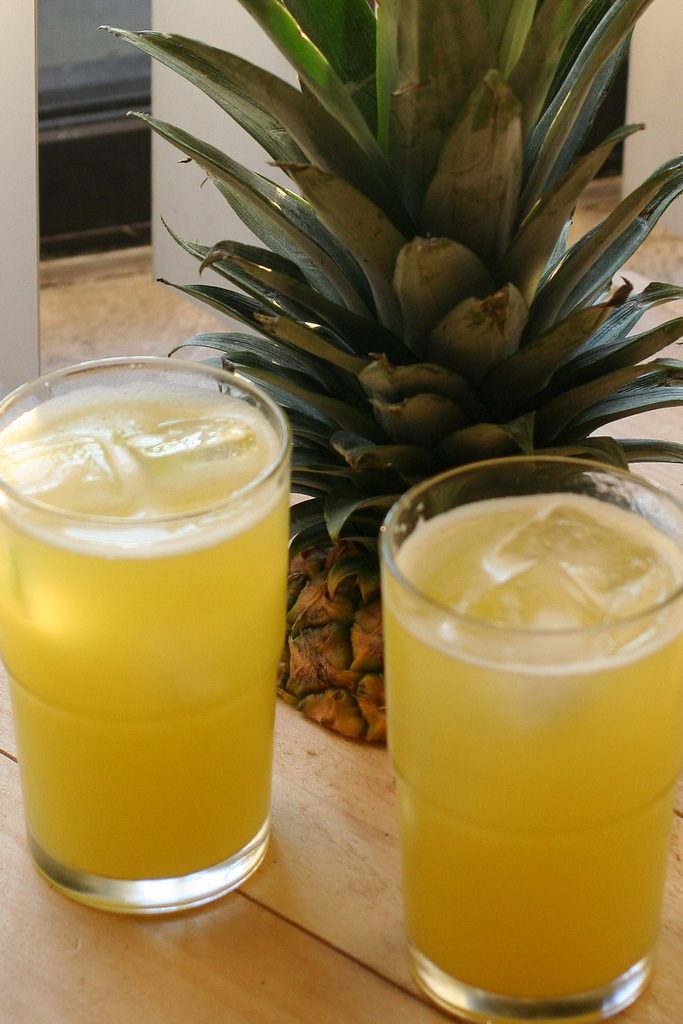 There is an alternative recipe as well that is, though not very popular, still drunk by a lot of people. It uses shots that are also quick to make and small in size. Here is the simplest way to make a Caribou Lou shot:

In both the recipes, you do not really want to go overboard with the ingredients. Having just the right amount is key.

Fun Facts About the Effects

So, here’s the deal…I have seen people get wasted after having this drink. But, that only happens to people who take this drink lightly and drink a lot more than they should. I talked a to a few friends and they shared experiences of people they know who have tried a Caribou Lou cocktail.

Some start violently puking the next day and had a disastrous hangover. Most people do not remember a single thing that happened the night they drank this cocktail.

One of my friends told me a person she knows found herself in a totally different house in a totally different city the day after she drank a Caribou Lou cocktail! A lot of people cannot control the urge to have more and more of this drink because it tastes so good. Be careful! Don’t get hypnotized by the taste. You don’t want to be another one of these stories. 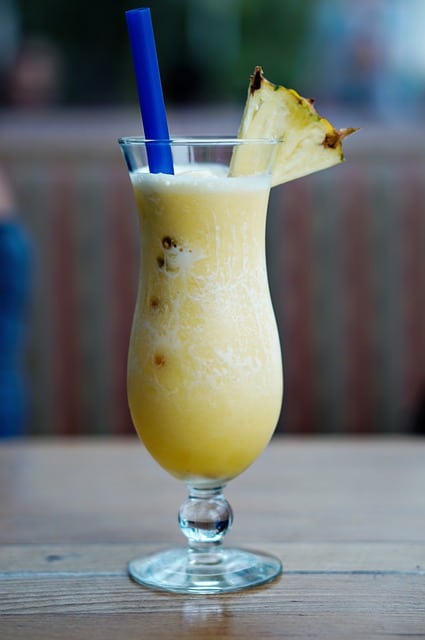 There was another incident where a friend of mine drank too many shots of Caribou Lou and started cursing everyone in the room and then left the house in the middle of the night. We tried to follow up with her and found her passed out in a neighbor’s garden with vomit all around her.

She was so stubborn when we tried to pick her up. She kept mumbling and would not budge. We somehow had to get her back home, which we did, but you don’t want to know how!

Going by the experiences I have just recounted, I hope you have enough hints now to steer clear of drinking a lot of this drink. It is quite fun and can be the next big thing for your parties but only if you know how to handle your drink. I don’t think that lying in a puddle of puke or ending up in someone else’s bedroom is on anyone’s priority list right now!

A Spin Off From Caribou Lou

Just a fun fact about this drink…Tech N9ne and Boulevard Brewing Co. have collaborated on a project for a new beer called Bou Lou. And guess what? It took its inspiration from the song about Caribou Lou by the rapper from Kansas City.

Since then, teasers have been released by the rapper on social media sites. One of his famous tweets that done a while back had a video where he was rapping near barrels in the Kansas City brewery.

Know a little about Bou Lou

Bou Lou beer is a type of wheat beer that is unfiltered. The basic flavors are pineapple and coconut, which is in tandem with the original recipe of Caribou Lou talked about in the song. I won’t say that the beer will be some trendy new age drink that sparks a revolution. It is more or less very wheat like in its flavor. 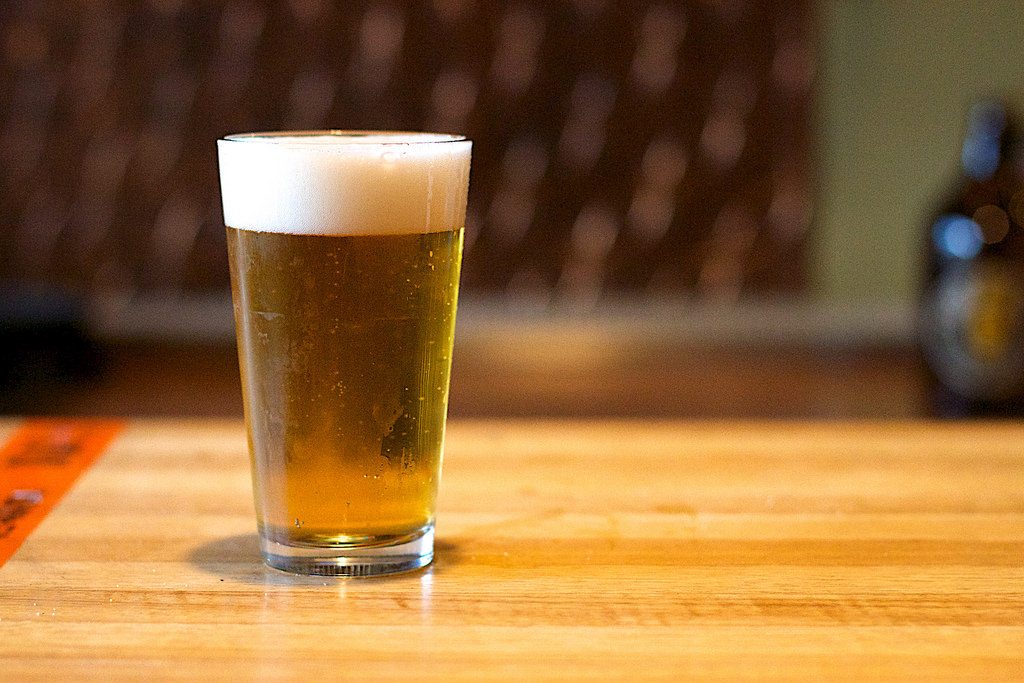 But the first sip is great because you can literally feel the taste of coconut on your tongue. And the pineapple flavor will totally give you tropical feels. Even for those who are not big fans of beer, Bou Lou will taste good because of the hint of pineapple.

Bou Lou beer comes in cans that are 16-ounce tall with a base color of black. The logo of Strange Music is on the can along with sleek snakes highlighting the back background.

There are glittery designs and pineapples to go along with the spirit of the drink. “Made in Kansas City” is very clearly printed on the can. So thumbs up for the packaging! I would suggest you guys try this beer out on a warm summer afternoon.

If you are wondering about the alcohol content of the beer, I jotted down the details. By volume, the percentage of alcohol is 5.5% so you won’t get into too much trouble or forget where you were when you started drinking it, unlike the caribou lou. But well, that is how beer is meant to be. It is not supposed to mess you up too bad.

So, whether it’s Caribou Lou or Bou Lou, which I like to think of as the mild little sister of Caribou Lou, you will love them both. I definitely prefer the cocktail and so will any cocktail lover I think. Once you try the cocktail and get some extra pats on the back, come back and let me know.Be careful out there and have fun people! 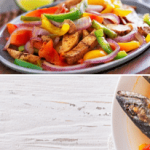 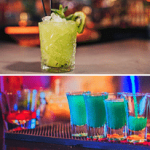