BEER – that cool amber liquid from the gods that we all love. Often when we think of countries that are beer specific, we think of countries like Belgium, Germany and Holland, but today I am going to take you to a place that is internationally better known for its Sake brewing, than it is for brewing our bubbly little amber friend.

When we think of Japan we think of sushi and sake and perhaps a hot onsen spring as well. But there is one more thing that the Japanese know how to do very well and that is brew beer.

Actually beer is the most popular alcoholic drink in Japan and has been an important part of Japanese lifestyle since the 1800s. Japan was introduced to beer by the Dutch back in the EDO period (1850) and German beer was a leading import.

In about 1869 the first brewery was built in Yokohama, and soon after that a young man named Seibei Nakagawa was sent to Germany for 3 years by the Emperor to learn a few beery secrets.  After that drinking a few brews in your Kimono whilst eating a bit of dried squid, became widely acceptable, and nowadays beer is as an integral part of Japanese cuisine and culture.

But don’t think of the beer in Japan as being served in English style pubs or bars – these are probably the worst places (and most expensive) you could possibly go.  For a real beer In Japan step off the tourist trail and head down to a local Izakaya  -This is where it is at!

An Izakaya is a small Japanese restaurant that often specializes in a certain style of Japanese food and the beer served in any Izakaya is pretty well spot on perfect. The glasses are frosty and cold – the head is a nice medium size, and the temperature perfect. KanPai!

In Japan foreigners are scary.

You will never get in to any restaurant (izakaya) if you drag a football team along with you. (If you have a Japanese friend – it makes things a whole lot easier). Make sure you turn the volume down a few notches, remember modesty and politeness are valued highly in Japanese culture, and if there are four of you or less – you have a good chance at getting in to most places.

You are not going to get anywhere being loud and obnoxious and you will be turned away in fear of upsetting other regular customers. Once you are in the restaurant though, after a while things often liven up – and liven up they do – the Japanese are well known for being merry drunks and a good time is had by all – you will never see an argument or fight here – its just not the way they roll.

In Japanese cuisine there is a word called ‘sappari’, which means clean, honest and fresh, and with Japanese beer that is what you get.  It’s all about the water really – for a country that has been brewing sake for more than 1200 years (and yes Sake is BREWED) Japanese brew masters take their water very seriously and they should. We all know that water quality is important when brewing and Japan has great water – hence the great beer.

Alcohol laws are quite relaxed in Japan. It is possible to get a great cold beer literally anywhere  as they are sold in Supermarkets, Train stations, convenience stores and also out of Beer Vending machines. It is not uncommon to see a Japanese Salary man on his way home from the office having a nice quiet beer on the train. Drinking in public is allowed (as long as you don’t go crazy)Another thing about the laws in Japan is – you can drink as much as you like !! – you are not going to be refused service (unless you are wildly out of control) like in other countries, but if you drive a car or get on your bicycle drunk, then you are in BIG trouble.

No Malt? Then it isn’t beer.

The Japanese government takes its beer just as seriously as the rest of the country. If a beer is produced without at having been made least 67% Malt then it is not allowed to be classed as a beer. Even some imported ‘beers’ cannot be called real beer under Japanese law. The majority of beers in Japan are lagers with Japanese beer names like Asahi, Kirin, Suntory and Sapporo all with a huge market presence. Beer from supermarkets and convenience stores usually come in cans (and bottles) in a range of sizes.

If you have been to Japan you have probably seen them in a convenience store or in one of the million other places that sell beer. These little ‘mini me’ cans (125 ml) are not for midgets, children or hobbits but rather for that great great grandfather of yours that has since passed and used to like to par take in a little bit of extra curricular beer activity from time to time. These little cans are for the graveyard. On GG’s birthday or a New years day, a trip to the graveyard isn’t complete with taking a mini beer for the tomb. If he was a smoker – sometimes you will leave a few cigarettes as well.

In the last 20 years Japan has seen a dramatic increase in the number of smaller micro breweries. Smaller craft beer companies have become more and more popular but are still a little way away from local supermarket shelves. For a good micro-brewed beer you need to head directly to the brewery itself or to a specialized liquor store that sells craft beer. Japanese craft beers are starting to get a bit of a reputation as well. Minoh Beer is one of the most well known Microbreweries in the Kansai Region (Osaka, Kyoto and Kobe) of Japan.

The Brew house is located in Mino-o, Osaka, about 30 minutes by train from Central Osaka. They picked up a gold medal in the strong beer category at the 2011 Brewing Industry International Awards and a gold medal for Worlds best strong stout in 2010 and 2009 at the World Beer Awards.

Not too bad for 2 sisters whose father bought a brewery in 1997 and put them in charge. Mayuko and Kaori Ohshita, pump some great craft beer out of here and if you are ever in Osaka look up their bar – ‘Beer Belly.’

So there you have it – the land of the rising sun loves a bit of beer action. Next time you are in the Ninja Wonderland – instead lying back in the bath and sipping sake, indulge in some of the great beer that Japan has to offer….and names like Asahi and Kirin are great for your pets back home as well! 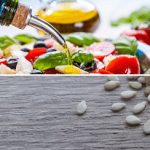 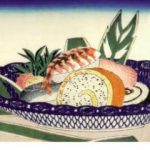