You can find Japanese foods all over the world; and Japanese restaurants offer a wide variety of choices, which can satisfy most taste buds – from sushi and noodles to ramen and soba, and a lot of seafood, like sashimi and tempura… the list is practically endless!

The aesthetic that goes into Japanese food preparation, the recipes, and of course the final taste, have all served to make Japanese foods irresistible for food lovers.

And after being introduced to the potency of Sake and Mirin, most food connoisseurs naturally become enthusiastic about adding these unique Japanese condiments to their own cooking ingredients.

Fans’ attempts to recreate this cuisine in their homes have been daunting, due to the lack of Japanese ingredients they have available. This has left many with no other choice but to improvise, and find a substitute for these condiments.

The unfortunate reality is, finding pure Sake in your local grocery store outside of Asia could very likely be a difficult task, as most shops and markets don’t usually have them, and on the rare occasion that you’re lucky enough to eventually obtain some, they are not always pure Sake and Mirin – and are, in most cases, beyond the average budget.

So, when you’re trying to create your variety of Japanese cuisine and you can’t find these essential ingredients, you are left with no other choice but to stick with whatever you can get from the local store, using them as substitutes for Sake and Mirin to get your desired result.

The substitute method you would be using utterly depends upon the recipe that you would be trying, of course, and I’m here to make your cooking cruise smooth and mouth-watering, by sharing some intriguing possible substitutes for two of the most famous Japanese cooking ingredients!

Traditionally, Sake is a Japanese beverage made from fermented rice and water. It is sometimes called “Japanese rice wine”. Its production process is similar to that of beer: rice starch is processed and converted into sugar, which is then fermented by yeast into alcohol, and is consumed just like wine. Although it has a high alcohol content, equating to about 15%-20% more than most average wines, it’s a preferred drink in Japan, because of its sweet flavor and cultural importance.

Moreover, just like people might use wine for cooking, Sake can likewise be used to marinade Japanese soups, sauces, and dishes in general!

When cooking, it is always advisable to add Sake early on in the process, in order to properly allow the food to absorb the flavor, as well as allow some of the alcohol to evaporate in the cooking process, leaving the finished dish with little-to-no alcohol aftertaste.

Benefits of cooking with Sake

In the interest of better understanding and better usage, I would divide the substitutes for sake usage in cooking into two distinct groups. The first set would be substitutes which contain alcohol, while the second classification would be those without alcohol.

1. Sweet, Dry Sherry: This is a Michigan sweet typical cooking wine, relatively light on alcohol. Sherry usually has an alcohol content around 10%, and is a romantic wine, which can easily replace Sake during cooking. Sherry wine comes in dry, semi-dry and sweet bottles, and serves to complement grilled chicken and Asian cuisine perfectly.

2. Chinese Shaoxing Wine: Better known as Chinese cooking wine, due to it being a staple in most Chinese cuisines, this essential rice wine is a secret cooking ingredient, and one of the vital components in Chinese cooking. It adds depth and flavor complexities to a dish, and can easily replace Sake in equal proportion when you’re cooking. Chinese restaurants use this wine to marinade fresh food and vegetables to make sauce and soups. Sometimes, Shaoxing wine also acts as a flavoring agent in a wonton, and can be easily found in a Chinese store.

3. Vermouth: With quite a bit in common with dry sherry, Vermouth is a flavored and aromatized wine that has been enhanced with neutral alcohol, spices and herbs, making it pretty good for cooking purposes, and can be used as an extremely effective replacement for Sake. 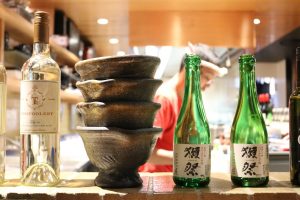 4. White Wine: Sake, as a strong alcoholic Japanese drink, can be substituted by an average alcoholic white wine. However, the result derived from this particular process of substitution might not exactly be the same desired result as the one you would most likely get when you use Sake… but it should still be a good outcome.

Like Vermouth, extra sugar will be needed, for you to balance up the substitute change. For every teaspoon of white wine used, add two teaspoons of sugar to perfectly complement the recipe. White wine should be perfect, but if you feel there’s a need to add more, you can always add more sugar, depending on your cooking method.

Unlike Mirin, however, Aji-Mirin has lower alcohol and lower sugar content, and depending on the recipe you might need to add in some extra sugar. The excellent news about Aji-Mirin is that it can easily be purchased at your local store. And while it’s true that Aji-Mirin isn’t the usual Mirin that we’re all used to, it can absolutely still be used as a good substitute for Sake in cooking.

6. White Grape Juice: For those out there who can’t consume alcohol, Sake can be replaced with White Grape Juice. Some people don’t like (or can’t drink) alcohol, be it for health or religious reasons, even if it’s contained in food… so having a non-alcoholic classification of this substitute is quite essential. White grape juice is derived from Greened Skin Grape, which is very healthy for the body, because of its high amount of Vitamin C. This juice can serve as an excellent non-alcoholic substitute variant for Sake in food preparation.

7. Rice Wine Vinegar: Also known as Rice Vinegar, this ingredient is a wonderful substitute for Sake and Mirin, especially if you’re going to be using some dipping sauce and dressing. It has a mild, slightly sweet flavor, which is made by extracting the sugar in rice, followed by the sugar being fermented into alcohol, and finally into acid. It is advised that you add extra sugar for each spoon used. And even though its bitter taste is unavoidable, it’s still a perfect substitute for Sake and Mirin.

8. Balsamic Vinegar: Also known as Balsamic, this is an Italian concentrated, flavored vinegar made from condensed and crushed grape skin, stem and seeds. Balsamic Vinegar is stored for years in order for formation to occur – the older it gets, the better it becomes! An adequately-processed Balsamic vinegar can handily replace Sake in enhancing the taste and look of food.

9. Apple Cider: This is a result of fermented Apple Juice. However, it’s an unconventional Sake and Mirin substitute, and may not offer that perfect Sake and Mirin-replicating flavor… but it will still give spice and soup a great taste, and can definitely be used as Mirin and Sake substitute in food preparation.

10. Distilled White Vinegar: also called Spirit Vinegar, this is an acidic product of sugarcane/ethanol fermentation. It goes through a long oxidation process, which causes the liquid to change during fermentation and become colorless and acidic, resulting in the production of White Vinegar. When compared with other kinds of Vinegar, distilled White Vinegar has a weak taste, and can be used to replace Mirin and Sake when cooking. 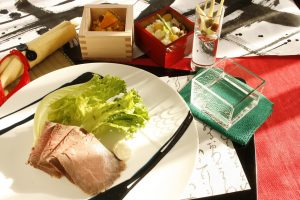 As we’ve just seen, Japanese cuisine is diverse, deep, and filled to the brim with a wealth of delicious discoveries! However, they all have a few things in common, and that is the use of Sake and Mirin in their cooking. These are lovely flavor enhancers, mostly used in Japanese cuisines.

Sometimes, though, you just find yourself in a tight spot, wanting to make a Japanese recipe that makes use of Sake and Mirin, but you don’t have them close at hand or at your local store or, or you simply don’t feel like going out to get them. That’s why we’ve taken great care to curate and list a few alcoholic and non-alcoholic substitutes here, to help in this regard.

These substitutes may not be able to offer the same quality in taste and look as the real Sake and Mirin, but they can certainly still provide a close flavor addition in creating your desired dish!