Sake is a Japaese alcoholic drink made from rice – it is brewed similar to, but not the same as beer and it should be drunk young, as it does not age like wine. Contrary to popular belief most of the sake in Japan is drunk cold.

Warm sake is drunk usually only in winter and only certain types of sake should be heated. Sake goes well with many cuisines but naturally it is best with fish. (Gauntner 2002)

Sake was also recorded in the Japanese Kojiki (first chronology) in 712 AD. The sake produced back then was more like the unfiltered, milky, cloudy unpasteurized nigori-zake that is still available today. (Richie 1993)

Nigori-zake has a bit of a strange musty floury taste and this is what happens to unpasteurized sake (name-zake or fresh sake) if it is not kept cold.

In the 10th century a legal book called the Engishiki recorded in detail how sake was made and in this time it was said to be produced for the emperor of Japan and mainly made in the Imperial court. (Japan Sake and Shochu Makers Association 2011)

The diaries of Buddhist priests in the 12th and 15th centuries recorded the use of pasteurization hi-ire – a long time before Louis Pasteur. Sake brewers found that if they heated the sake up before cooling it down again, this would stop the clouding and sake would retain all of its flavours and fragrance. (Gauntner 2002)

The production process of sake differs greatly from other alcoholic beverages. Some say it is like a wine due to its high ‘wine like’ alcohol content (13-18 %) whereas others say it is closer to a beer, as it is brewed using rice (which is a grain.) The fact is sake uses neither the beer nor wine making process but one all to its own.  (Gauntner 2002)

Wine is made using the fermentation process in which yeast converts sugar to alcohol. Sugar is already found naturally in the grape juice, which is used to make wine, and the yeast uses this sugar as food.

Beer however is made from barley and uses the brewing process. Barley does not have natural occurring sugars but instead long starch molecules. These starch molecules are broken down using the process of malting (adding water to and heating the grains to start the germination process) which over time converts the starch to sugar. This breaking down of starch molecules into sugar molecules is what is known as saccharification. Once this is done the yeast is added and the fermentation process can begin. (Gauntner 2002)

Sake is made from rice that has been milled. The outer shell of each grain has been taken away and sometimes the rice grain is milled down to 30% of its original size. Because of this the enzymes used to break down the starch molecules must come from elsewhere. A mold known as ‘koji kin’ is propagated on steamed rice that is then added to a tank containing water, straight steamed rice and yeast. The major difference here is that the saccharification and the fermentation happens at the same time. This is known as multiple parallel fermentation or ‘heiko fukuhakkoshiki’ in Japanese. (Gauntner 2002)

Rice in Japan is held in high regard and the drink that is made from rice is equally important. Sake has played a very important role in Japanese society and continues to do so today.

Legend is that the gods themselves used to make sake from the first rice harvest of the year and drinking sake brings you closer to spirituality and the gods. It is a drink that is always used in ceremonies and festivals and is used as a religious offering to gods as well as the dead. (Hosking 1995)

On New years day families will often drink sake and eat traditional Japanese food as they celebrate and wish each other a long life. It is drunk in the Spring at hanami (cherry blossom viewing) parties and at other festivals throughout the year. In Japanese there is a saying ‘Sake wa hyaku yaku no chou’ means

Japanese sake is currently an emerging trend in the west, with sake bars being established in many major cities around the world. Over the last three or so decades in Japan sake went through the ‘uncool’ stage of being an old mans drink, it was seen as unsophisticated especially compared to the drinking of wine. It has now however become a trend once again and many people are appreciating sake for the unique and special beverage that it is. (Gauntner 2012)

When drinking sake with other people you must never pour your own drink. It will always be poured for you (by your friend or host) and you should always lift your glass whilst it is being poured. This old Japanese custom is to give recognition to the person who is serving you. (Richie 1993)

Sake is a special drink, more so than any other in Japan, and drinking it turns any occasion into a special one – memorable or not.

•    Gauntner J (2012) Sake’s Hidden Stories – The Personalities, Philosophies, and Tricks of the trade Behind the Brew. Tuttle Publishing. Tokyo

Writers Note – There are loads of different books on Sake but if you are serious about learning more about sake check out any of John Gauntners books – If there is such a thing as a sake King – He is it.

Got a question about Sake or anything to add? Get in touch by using the comments section below. 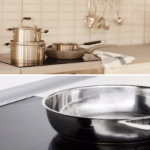 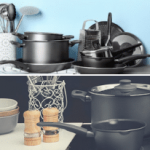