When you start thinking, however, you will be hard-pressed to figure out some other foods that start with the letter D.

What Are Some Foods That Start With The Letter D? 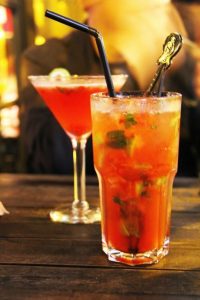 A daiquiri is a type of cocktail that is made from lemon juice or lime and rum. You have probably had it in an iced version, where it is flavored with strawberry. It is a common type of drink for outdoor bars or sitting around the poolside.

There are many things you can make out of dandelion. Of course, there is the dandelion wine that people make on their own. You can also eat the green leaf from the dandelion in salads. A popular dish in Pennsylvania Dutch culture is dandelion greens with hot bacon dressing. Down south, they will fry dandelion greens.

Danish is a type of dessert or breakfast roll that is filled with fruits or cheese. You can usually get them in the same area of the grocery store as the donuts. However, they are a bit different. You can sometimes find Danishes that have meat fillings if you know where to look.

If you like tea, you have probably had Darjeeling tea. It is a variety of black teas from Northern India that isn’t too strong but isn’t weak either. The longer you seep it, the stronger it will be. Pair it with a bit of cream or some sugar for the best results.

If you are looking for “healthy” foods that you can eat for dessert, dark chocolate is often mentioned. Dark chocolate uses more of the bean and doesn’t include as much sugar. You can go all the way up to 98% cacao, but most people will settle somewhere around 60%.

The best way to use dark chocolate is to shave it on top of your other desserts.

One of my favorite fruits is the date. I use it as a natural sweetener in smoothies, eat them with peanut butter, and even work them into my favorite desserts. It is a fruit that takes some time to learn how to appreciate (and eat!) because they don’t look that appetizing and they have a long seed. However, once you start to eat them, you will become addicted.

Devil’s Food Cake is a chocolate cake that is lighter and easy to pair with many different flavors. It is a moister cake and tends to be extremely rich. For some reason, many people find it really difficult to make, but it isn’t that hard.

One of my favorite sides for a picnic is deviled eggs, or stuffed eggs, Russian eggs, or dressed eggs. These are hard-boiled eggs that have the yolks taken out, mixed with mustard, mayo, and paprika, and then restuffed into the eggs. We love to top them with sliced olives.

Dijon mustard is a mustard made with brown mustard seeds, white wine, and water. You can also use it as a base for dijon sauces and many other recipes, including eggs.

Everyone loves bread, and while the dough is the basis of bread, there are some breads that start with the letter D as well. Dilkush bread is one of the most popular snack foods that you can find in India. It is made from bread dough or, in rare cases, with a puff pastry. It has a coconut filling and is topped with dried fruit. Most often, it is eaten as a dessert. 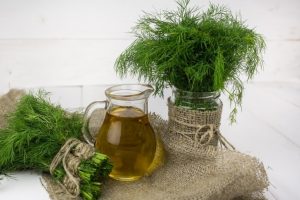 Dill is an easy to find (and use) herb, which serves as a seasoning. You can add dill to just about anything, from chicken to sauces, if you like the flavor. Wherever you put it, it will start to taste like dill more than almost any other flavor. Dill itself is from the same family as celery and parsley.

One generic food that starts with the letter D is dip. You can make many different kinds of dips: our favorites are spinach dips, artichoke dips, and ranch dip. Pretty much anything that you put into a creamy base qualifies as a dip. Even if you don’t actually dip something into to, but certainly if you do. Add some carrots, celery, apples, or whatever else you want as a dip.

You probably know what a donut is, and you probably love them. This fried cake is one of the most well-known desserts. Some people will even eat them for breakfast! Donuts can be covered in icing or filled with icing or custard. Sometimes, they will be filled with peanut butter or jelly.

A glazed donut is simplistic, but it is one of the best things that you can eat. Of course, there are other ways to eat donuts, including as a “Munchkin” or donut hole.

If you want to pick something with a brand name foods that start with D, Doritos are a great option. These triangular chips come in different flavors, and everyone seems to have a favorite flavor. They are a staple at every picnic or family celebration, and with good reason.

You know what dough is, but it may not have crossed your mind as a food that starts with the letter D. Dough is a flour mixture that is stiff enough to be kneaded or rolled and used with other recipes. There are many different types of dough.

Dragon fruit is one of the most popular fruits for people to eat right now. Part of it is because of how gorgeous it is. It is native to Southern Mexico and Central America, but it is most popular in Honolulu. It has a bright red skin and green scales like a dragon. It is so good for you and works great as a snack for kids or in smoothies.

Dreamsicles are some of my favorite desserts to eat. They have an orange-cream flavor that is the perfect combination of tart and sweet. It is a beautiful orange color that melts quickly, so you need to eat it as fast as possible.

If you are the type of person who likes to eat birds, duck is probably one of the first “out there” meats that you tried. It is a swimming bird having short legs that you can see at your local park or even swimming in the wild. It is eaten as food in many countries, and is especially used in Chinese dishes. If you go to Chinatown, you will probably see them hanging in the windows.

Dumplings are popular in many different cultures, but what they mean is somewhat different. You need to take small strips or balls of dough, which are steamed or boiled. You can make chicken and dumplings or you can make traditional Chinese dumplings. In my house, we love to make veggie dumplings and dip them in coconut aminos.

Durian is one of those fruits that you either love or you hate. It has a bit of a particular scent to it, but if you can get beyond that, it is quite good. It can be hard to find the fruit, but it is used in many international dishes, so you can find it at an international market. 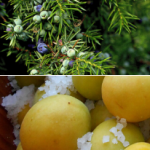 24 Foods That Start With J