Warning: Use of undefined constant ‘do_shortcode’ - assumed '‘do_shortcode’' (this will throw an Error in a future version of PHP) in /home/customer/www/onthegas.org/public_html/wp-content/themes/yoo_bigeasy_wp/functions.php on line 32
 What to Serve with Cabbage Rolls: Perfect Side Dishes

My love for cabbage rolls started way back in college, when one of my Ukrainian roommates cooked some for dinner. It was one of the heartiest and tastiest cabbage rolls I have ever tasted in my life, and I was instantly addicted. From then on, I’ve tried making cabbage rolls myself and perfecting my own recipe. I’ve even tried making different versions of the dish like the Ukrainian Golubtsi, the Polish Golabki, and the German Kohlrouladen. They’re all cabbage rolls, but each country has its own different twist on the dish so that no two are exactly alike. 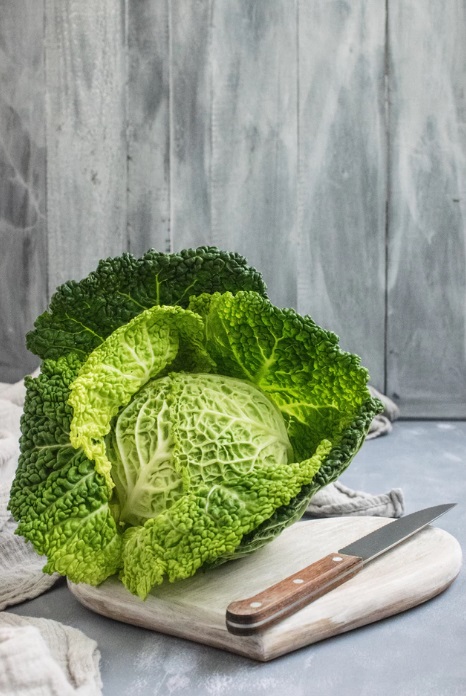 But there’s one question that’s been bugging a lot of home cooks when it comes to this dish: what exactly is the perfect side dish for cabbage rolls? It seems like a complete dish by itself since it already has a protein, starch, and a vegetable. Yet, eating it by itself doesn’t seem to be that filling.

Side Dish For Cabbage Rolls

The Hungarian Toltott Kaposzta is unique, since instead of using plain cabbage leaves, the dish actually uses pickled ones called sauerkraut. They lend the dish a distinctive taste profile that you’ll crave once you get used to it.

As such, the perfect side dishes for this dish include some generous helpings of mashed potatoes and sweet applesauce. They also go well with buttered bread rolls that you can dip into the sauce for extra oomph.

The Romanian Sarmale is characterized by the sweetness of caramelized onions and the sourness of sauerkraut. It’s a very traditional dish, often served in celebrations like weddings, birthdays, baptisms, and Christmas and New Year’s Eve celebrations.

Like the Toltott Kaposzta, a great starch to pair with the Sarmale is mashed potatoes. You can also have additional veggies like green beans stewed in tomato sauce, sauteed or baked mushrooms, and oven roasted eggplant as side dishes.

Cabbage rolls are very popular in Russia, and are considered as a staple during winter months. Russians prefer simple, uncomplicated flavors, and the Halupki tends to be conservative when it comes to seasonings. 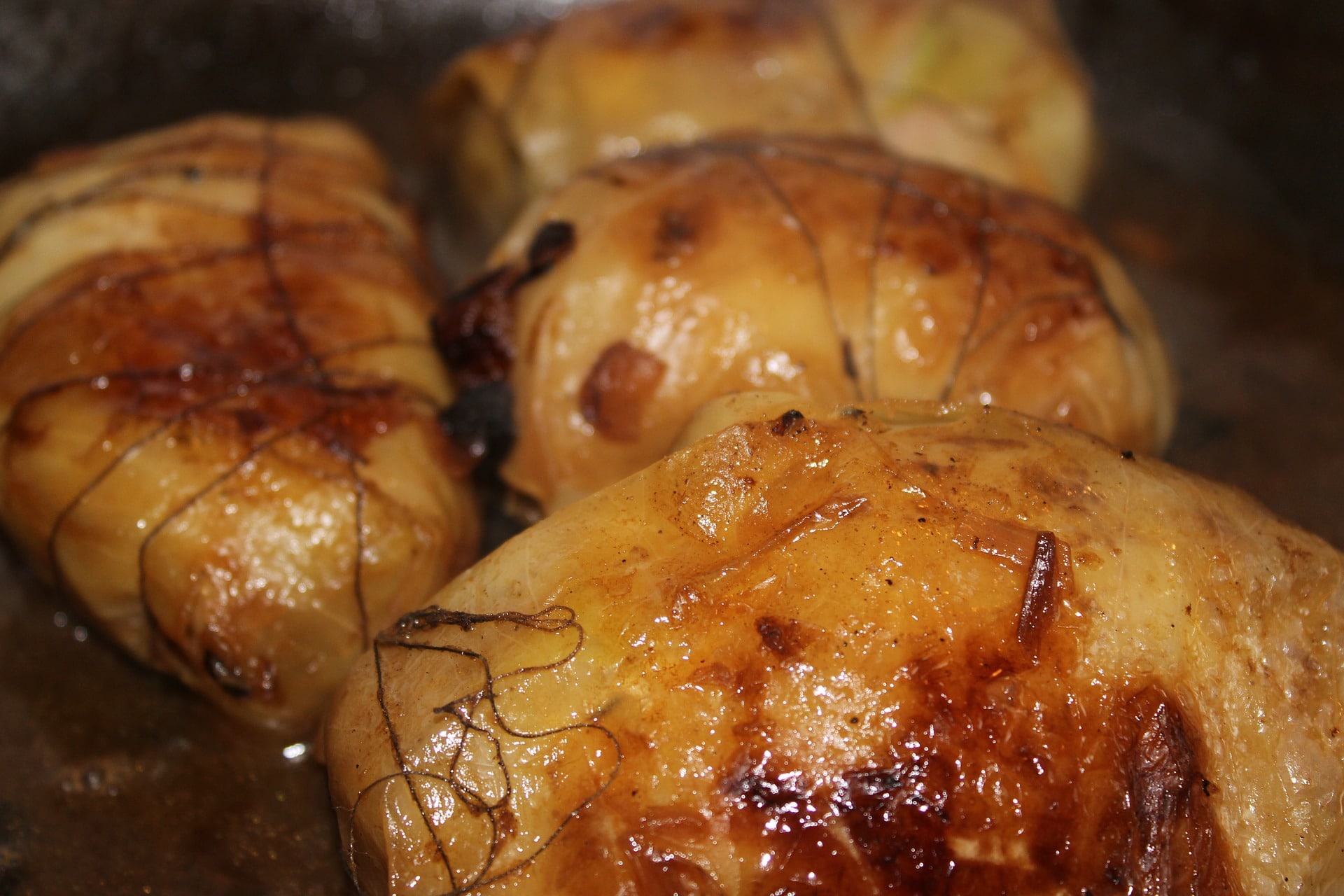 A great carbohydrate to pair with the Russian Halupki is the knish, which are bread rolls made out of potatoes. Also great side dishes are potato dumplings and pancakes.

The Ukrainian Golubtsi is my favorite for the sole reason that they’re probably one of the first cabbage rolls that I’ve been acquainted to courtesy of my college roommate.

Now, there are different versions of Golubtsi depending on what region you are in Ukraine, however most of them uses a filling made out of ground meat, pork cracklings, and onions, mixed with corn and buckwheat grits. The filling is then flavored with additional spices and then rolled in fresh cabbage leaves. A mushroom gravy sauce is then poured over the rolls.

Perfect side dishes for the Golubtsi include fried bacon rashers, tomato soup (even the canned ones will do), and sour cream (that you can use as an additional sauce for the rolls). Ukrainian people also like eating their cabbage rolls with borshch, a soup made out of beetroot.

Of course, the United States also have its own version of cabbage rolls, which was introduced by Jewish Polish immigrants. Most of the time, you won’t find pork in American-style cabbage rolls. They’re usually made out of minced chicken and beef, and are also flavored with brown sugar, lemon juice, paprika, garlic, and allspice. They usually have a tomato-based sauce poured over them. 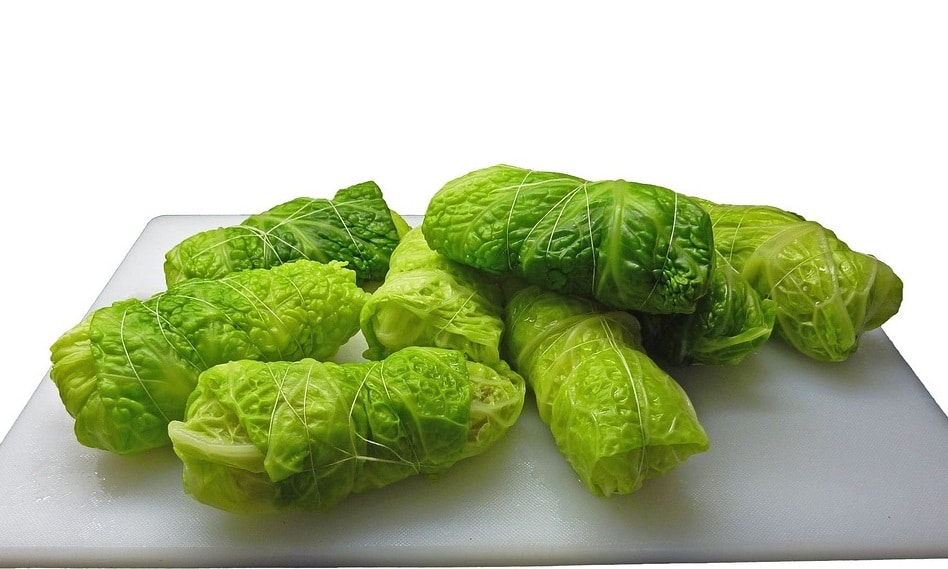 The Kaldolmar is one of the simpler cabbage rolls out there, often cooked with a minimum of ingredients. The filling is usually made out of ground pork mixed with rice. Despite this, it’s still a pretty tasty dish.