For a Japanese delicacy that goes way beyond raw fish and scallops, try ankimo sushi (aka monkfish liver sushi) and watch your horizons broaden. This delicious morsel is becoming quite popular in sushi bars,  especially upscale ones.

Many Japanese and Chinese restaurants serve ankimo as an appetizer. You can also make it at home, with packaged ankimo being pretty easy to track down in your local Asian grocery store. It’s a bit less expensive to prepare it at home, too.

Don’t let this little dish fool you — ankimo is often described as creamy and rich as well as delicate, silky and velvety on the palate. This incredibly tasty delicacy is indeed one to look out for.

What is ankimo? – let’s take a look

Ankimo is made with monkfish liver and is commonly known as foie gras of the sea. Some refer to it as an appetizer for the rich, due to the high cost of the liver. You can usually find it at high-end restaurants serving traditional Japanese foods (washoku) and sushi. Restaurants in the United States serve it all year round, while in Japan it’s traditionally served only in the winter.

Despite its heightened status, it’s not so difficult to prepare at home, and it serves as a perfect appetizer for homemade sushi like temaki sushi (hand roll).  The best way to prepare this dish is to steam it and serve it with grated daikon thoroughly mixed with red pepper sauce (Momiji oroshi), scallions and ponzu sauce. 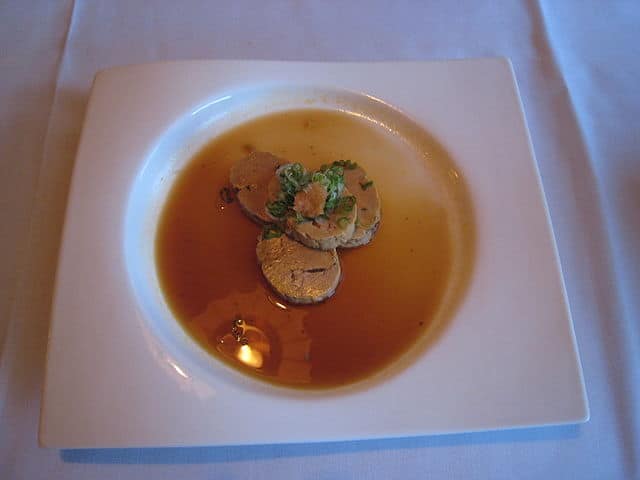 Some choice spots do ankimo like a sushi, wrapped in nori and rice, complemented with traditional condiments and ponzu poured on top. Unlike most Japanese seafood dishes, it should never be eaten with soy sauce, as it can adversely affect the delicate flavor of the liver. Ponzu sauce, on the other hand, has an acidic nature that tends to neutralize the fishy smell of the liver.

Nobody knows exactly when the Japanese started eating ankimo. Legend has it that the first set of fishermen to prepare it did so because they could not afford to discard any part of it, especially its big liver.

Upon the arrival of this sushi, though, chefs knew they had to show it to the wider world — even if it took certain elements of persuasion, especially in America. Some chefs went so far as to promise the customer’s money back if they didn’t like it, while others chose to deep fry the liver and serve it alongside minced tuna belly.

Interesting facts about the monkfish liver

Although the fish itself is pretty grotesque to say the least, the taste of its liver is quite amazing. The best way to dissuade someone from trying the fish is to show them what it looks like. Remember: do not judge a book by its cover!

Since you’ve read this far, we’ll trust that you’re keeping your mind open. The monkfish liver is a huge, shapeless blob, extending more than half of a foot and bearing a girth of three inches. As for weight, it comes in at over a pound. Even taking its size into consideration, you’d never guess that the monkfish had a liver quite so big.

Its soft and delicate texture complements its creamy flavor. In terms of taste, the “fishiness” of ankimo is slight, making it perfect for people that don’t like fish. It is also extremely rich. 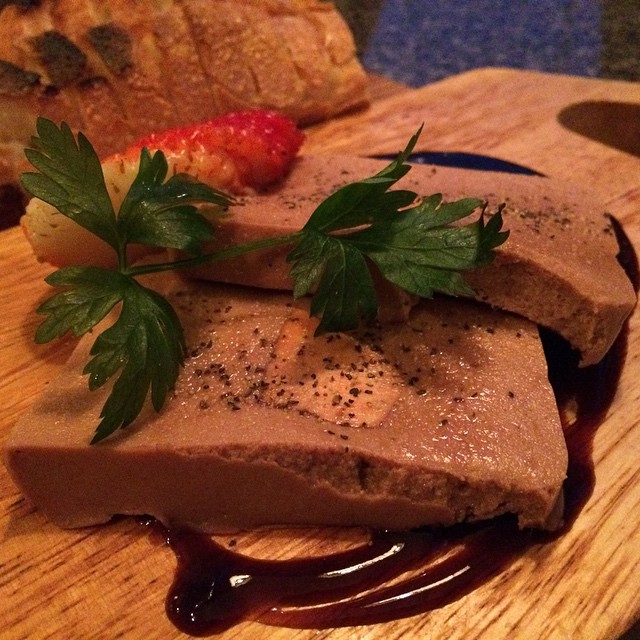 Kiosks in Japanese fish markets tend to proudly display the monkfish with its belly cut wide open to show off the size and quality of the liver. The monkfish liver has been eaten in Japan for a very long time; there’s even a stew for it. Monkfish in Chinese has enjoyed its own particular popularity as well, in part because of their special way of preparing it.

Monkfish liver nutrition provides minerals, proteins and vitamins essential to good health. As amazing as this fish may sound, though, its mercury content is quite high. This poses a serious health risk if consumed in large amounts.

In terms of fat, the monkfish liver is high in fat compared to other fish. The foie gras liver has a fat content of 40% of the recommended amount per serving, while tuna has something more like 2% or 3%.

When buying or observing the liver, make sure to ask the fishmonger the time the fish was brought, as the organ in question has a limited life span — about 4-5 days. You should also be on the lookout for any form of black spots and discoloration on the liver. Luckily, they can be cut away and won’t in any way affect the taste of the cooked liver.

How to cook monkfish liver

For such an expensive restaurant meal, preparing the monkfish is unexpectedly easy. Here is a step-by-step method of preparing monkfish.

Carefully remove the liver from the monkfish. If you are buying from a store, ensure it is as fresh as possible. Strip away the blood vessels, and rub with salt. Rinse thoroughly with sake. 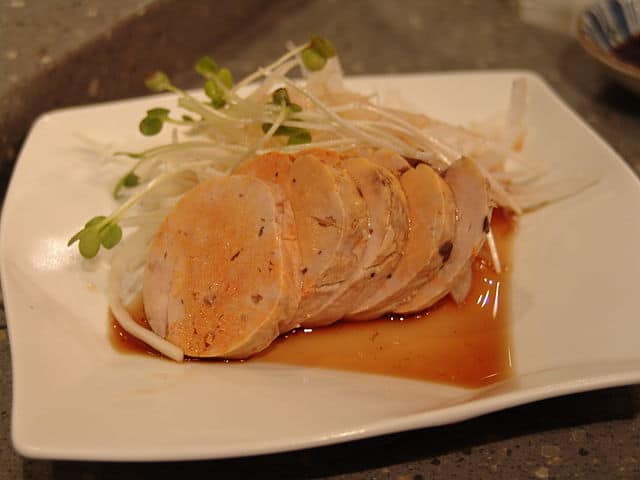 Wrap and allow it to sit for about an hour. Drain the water and salt with a paper towel. Next up, place the liver on a bamboo roll maker and carefully roll ensuring that the roll maker does not penetrate the liver. Twist the end tightly until there’s no space left inside.

Wrap with aluminum foil, twist the end, place inside a steamer and close. Cook for at least 30 minutes over high heat. Allow to cool. For firmer results, allow to cool in a refrigerator for a day and cut to your preferred thickness.

Note: If you don’t have a bamboo roll maker, use any soft plastic sheet as an alternative.

Another note: Momiji oroshi is preferable to wasabi as it provides the taste of hot red pepper and horseradish combined.

The perfect recipes to enjoy ankimo 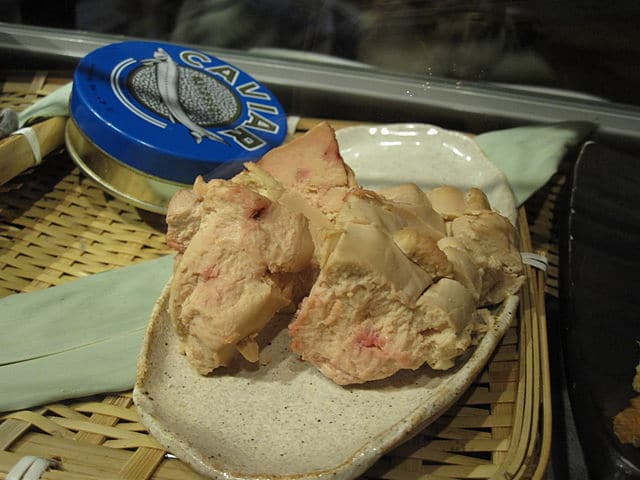 There are a lot of ways to enjoy steam monkfish liver: you can use it to make a delicious monkfish liver hot pot soup, or better still, you can make some ankimo sushi (my personal favorite).

One amazing way to enjoy foie gras liver is to prepare sushi. This recipe is pretty straightforward, but feel free to experiment with it. Don’t fret, either, as this recipe lacks the hassle and delivers all the flavor. The ease of preparation is comparable to that of the blue crab hand roll recipe.

The following ingredients are required for this recipe:

Ankimo sushi stands alone as a unique and very simple type of sushi. If you are craving something other than the usual raw fish sushi, then this sushi is your best bet. If you’re keen on trying something new and exciting in general, definitely try this sushi out. You’ll never look back.