Being a vegetarian is confusing. Tofu might be vegetarian safe, but is “egg” meat? We’ll dive into a number of classification questions regarding eggs, meat, dairy, and more so that you can make the appropriate decisions for your lifestyle, religion, and diet.

Diet Is (Usually) Self Determined 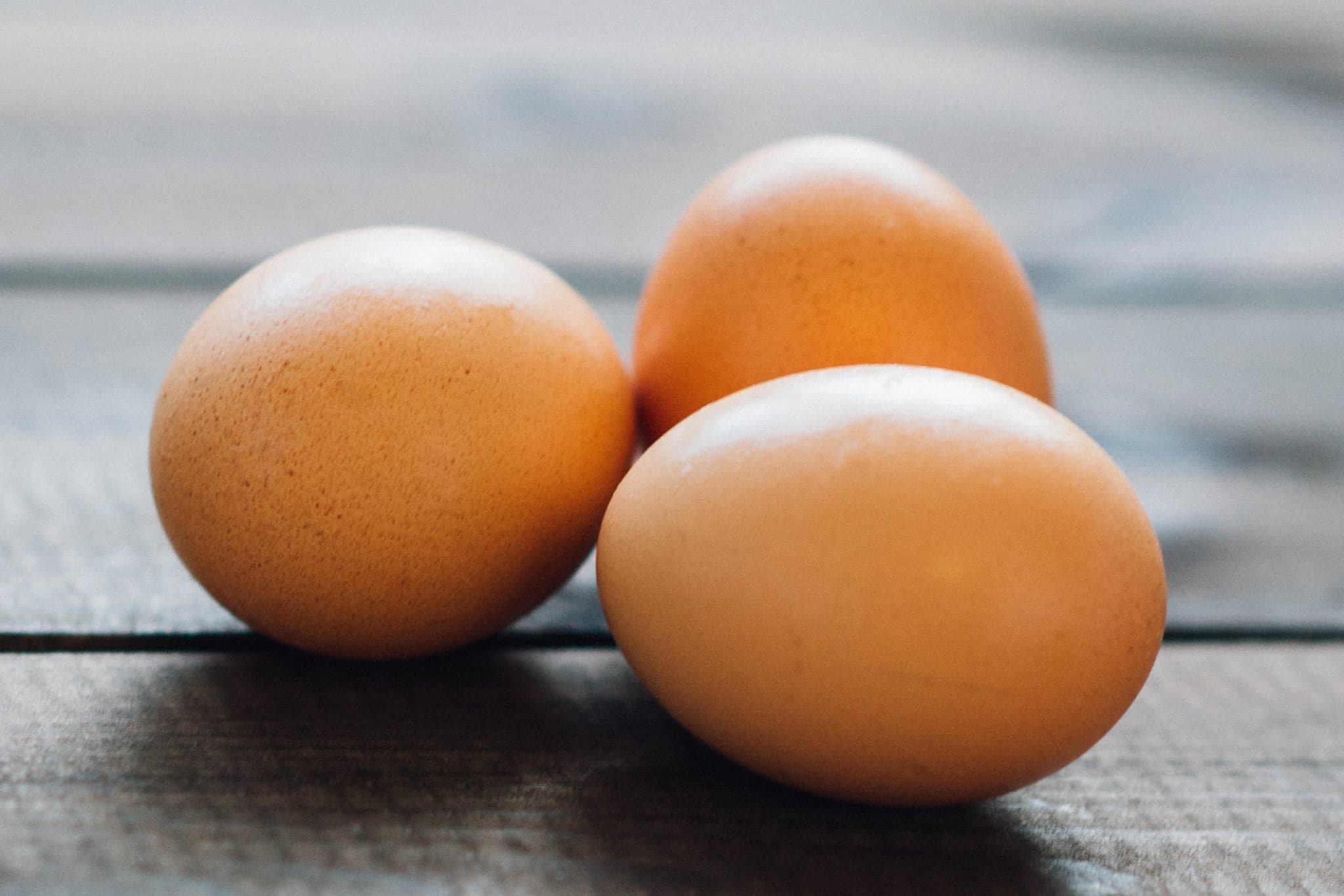 Let me preface this article by reminding you that many dietary factors are self-determined. If you’re a vegan, a vegetarian, or a moderate member of a religion with dietary restrictions, there’s nothing wrong with breaking the “technical” rules of your diet. Nothing bad will happen if you accidentally eat a small piece of meat or you mistakenly order and enjoy something that you’re not “supposed” to consume. As long as you’re happy with your own choices you’re free to have as few or as many little lapses as you’d like.

On the other hand, there’s nothing that’s preventing you from being more strict in your dietary restrictions, either. If you’re a vegan who doesn’t like tofu, for example, there’s nothing preventing you from never eating a soybean-based product again. This means that no matter what I say about eggs, you’re free to avoid them in your diet for any combination of reasons, including no reason at all. Just because you’re allowed to eat something doesn’t mean you have to like it.

With that out of the way, let’s try to answer some of the most common questions about eggs and how they’re classified. 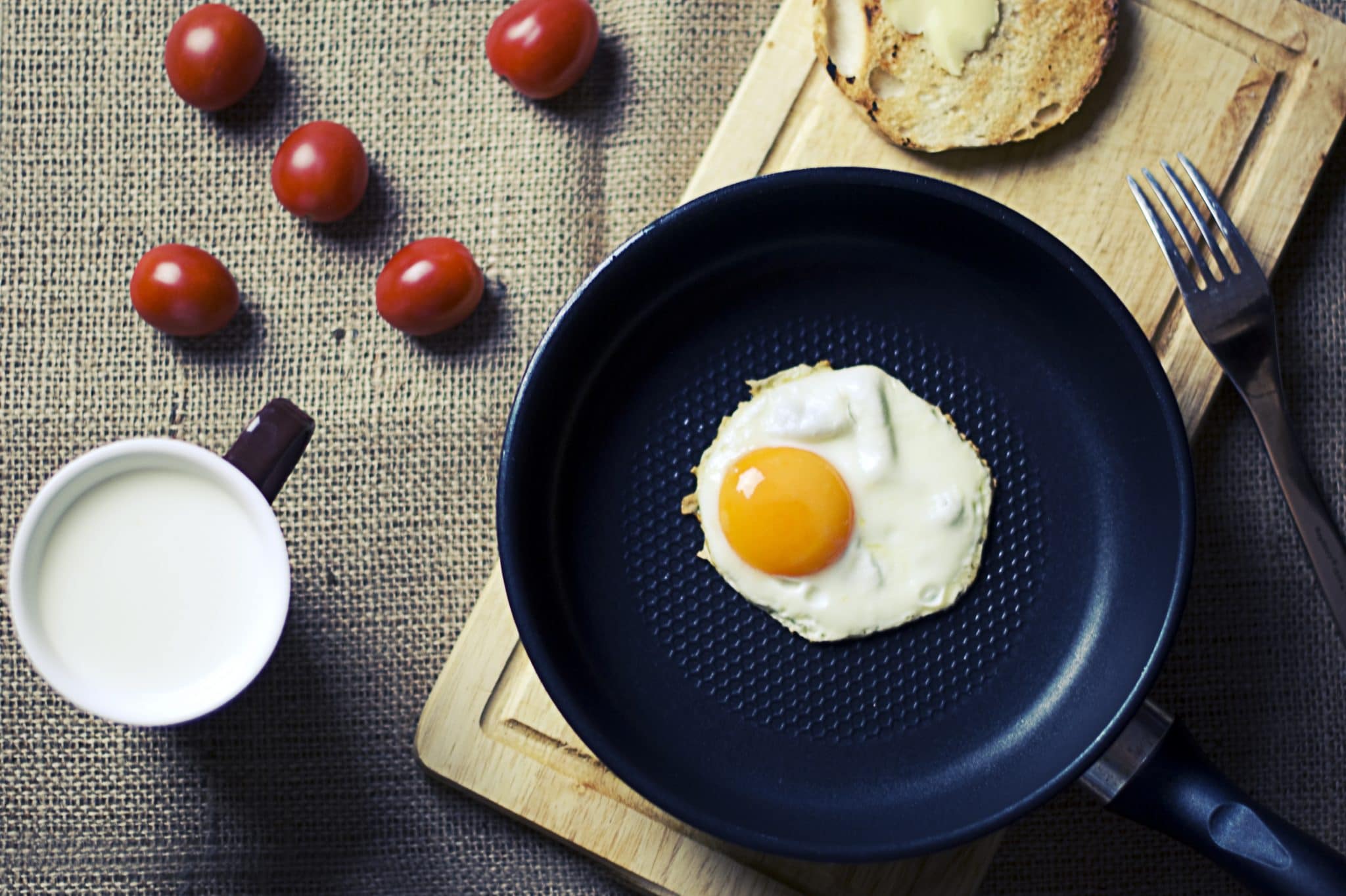 Most people do NOT think that eggs are considered meat. This is for a couple of reasons, but the most obvious one is that non-fertilized eggs have never been alive. They’re made up of non-living matter that exists to feed and nourish a baby chicken that might happen to show up inside the egg after it’s been fertilized. As long as the egg isn’t fertilized, there’s no baby chicken, so there’s no animal inside the egg. No animal means no meat.

The second reason is that eggs aren’t part of the mother’s chicken. One of the most common reasons that people don’t eat meat is because of moral concerns about killing and farming animals. Not only are eggs not part of the mother chicken, the mother chicken really doesn’t mind that we eat her eggs. While not all eggs are necessarily sourced from happy chickens, it’s not too difficult to find ethically sourced eggs that are produced by happy free-range hens. In other words, eggs can be totally cruelty-free.

Chickens aren’t mammals, so no. Eggs are not dairy. Dairy products are made from milk, which only comes from mammals, not birds. There’s no reasonable way to classify eggs as dairy.

Why Aren’t Eggs Meat or Dairy?

When determining the answer to questions like “are eggs dairy or meat” the first thing to do is to define the terms involved. This lets us arrive at a definitive conclusion through logical reasoning. 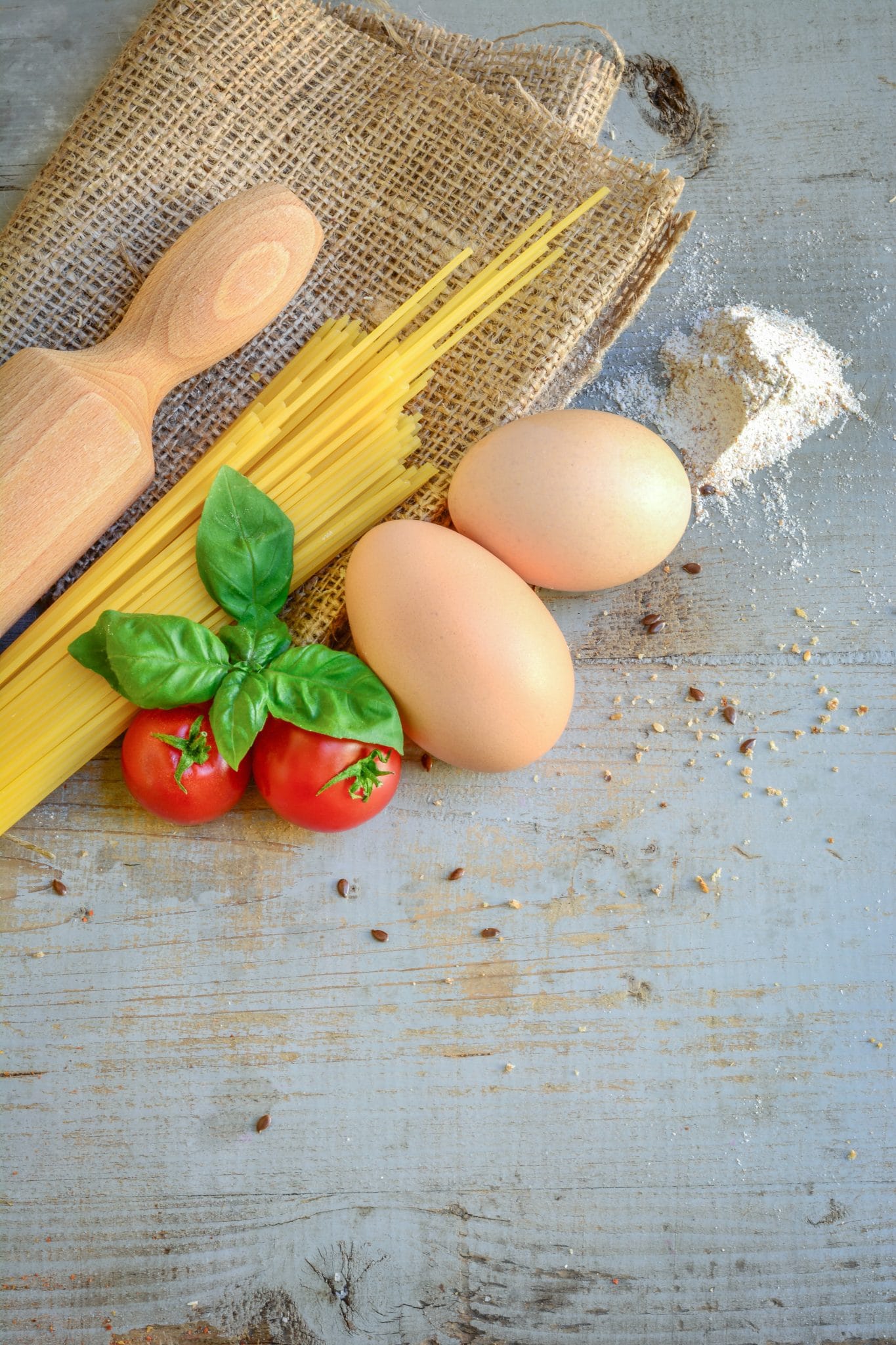 Likewise, dairy has several definitions. The one we’re interested in is “products made from milk.” Just like with meat, we’re not too concerned with the answer to “are eggs a farm used to produce milk and cheese.” Instead, we’re wondering about their classification as a food.

Eggs, in this context, are the spherical units produced by domestic chickens that potentially hold baby chickens. Note the word “potentially.” While all chicken eggs have a nucleus that can develop into a full-grown chicken under the right conditions, that nucleus has NOT grown into anything resembling an animal in the eggs you find at the grocery store.

This is for several reasons.

When we put these three definitions together, the conclusion is clear: eggs are neither meat nor poultry. This is because they’re not made from milk and you’re not eating the flesh of an animal. Instead, you’re eating a cache of protein and nutrients that are meant for any offspring that happen to develop inside of the egg at a later date.

The term “poultry” is pretty much reserved for the meat of domestic birds, not their eggs. In other words, when asked “are eggs meat or poultry?” you can say that they’re not meat, and as a result, they’re not poultry either. 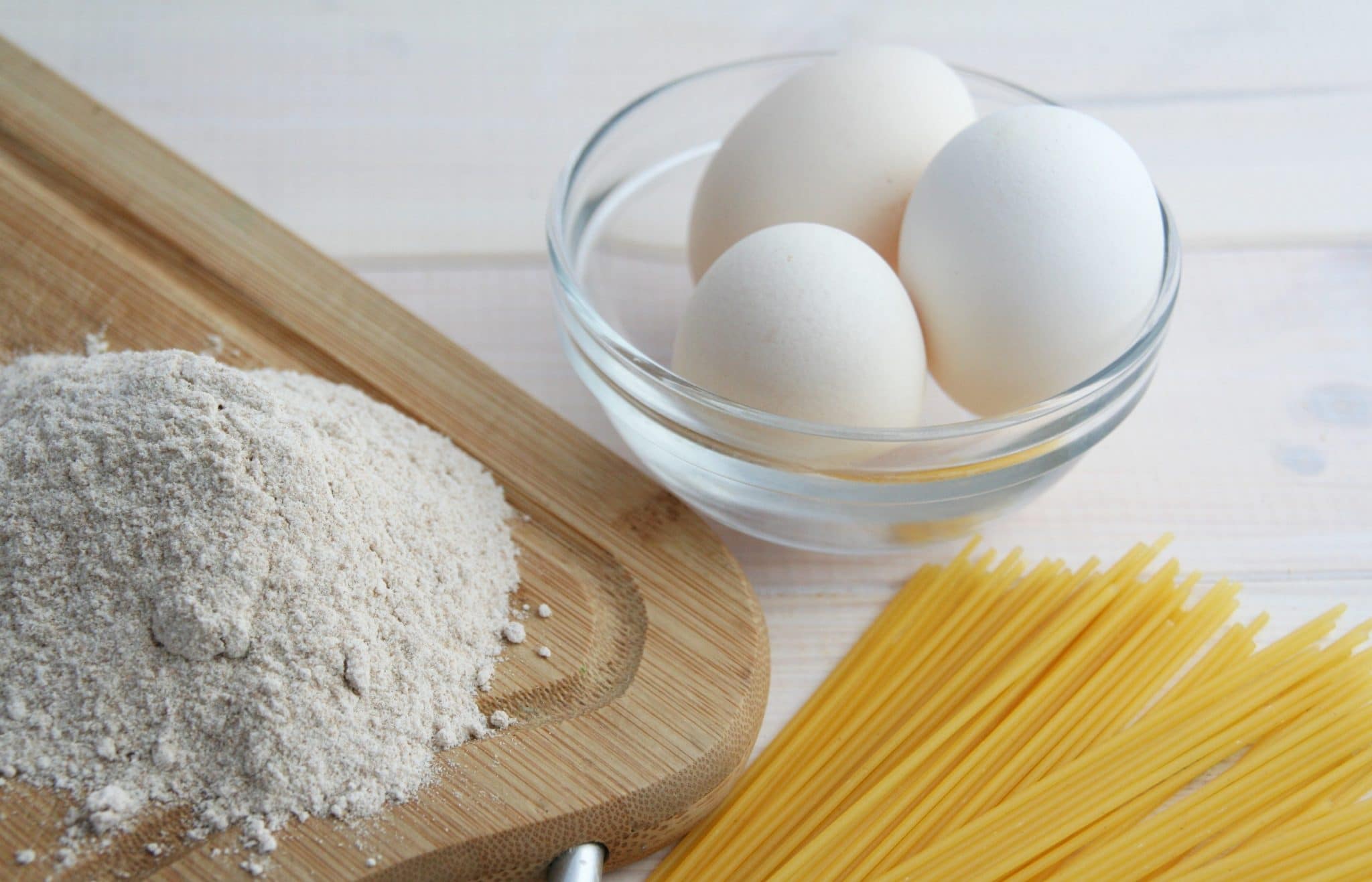 I don’t like making this analogy much because it’s not very healthy for my appetite, but eggs are pretty much chicken menstruation. They’re not chicken abortions, nor are they chicken births. Instead, they’re made up of biological material that might have become a chick under the right conditions but didn’t.

As a result, I don’t consider anything in the eggs I buy at the store to have been alive. You’re free to take a different stance here, of course — it’s your diet, after all.

Generally not, but this will vary from person to person.

Vegans don’t just eschew meat. Instead, they avoid all products that might have been produced at the expense of an animal. This means they’ll avoid wool produced from unhappy sheep, eggs produced by unhappy chickens, and products that have been tested on animals. 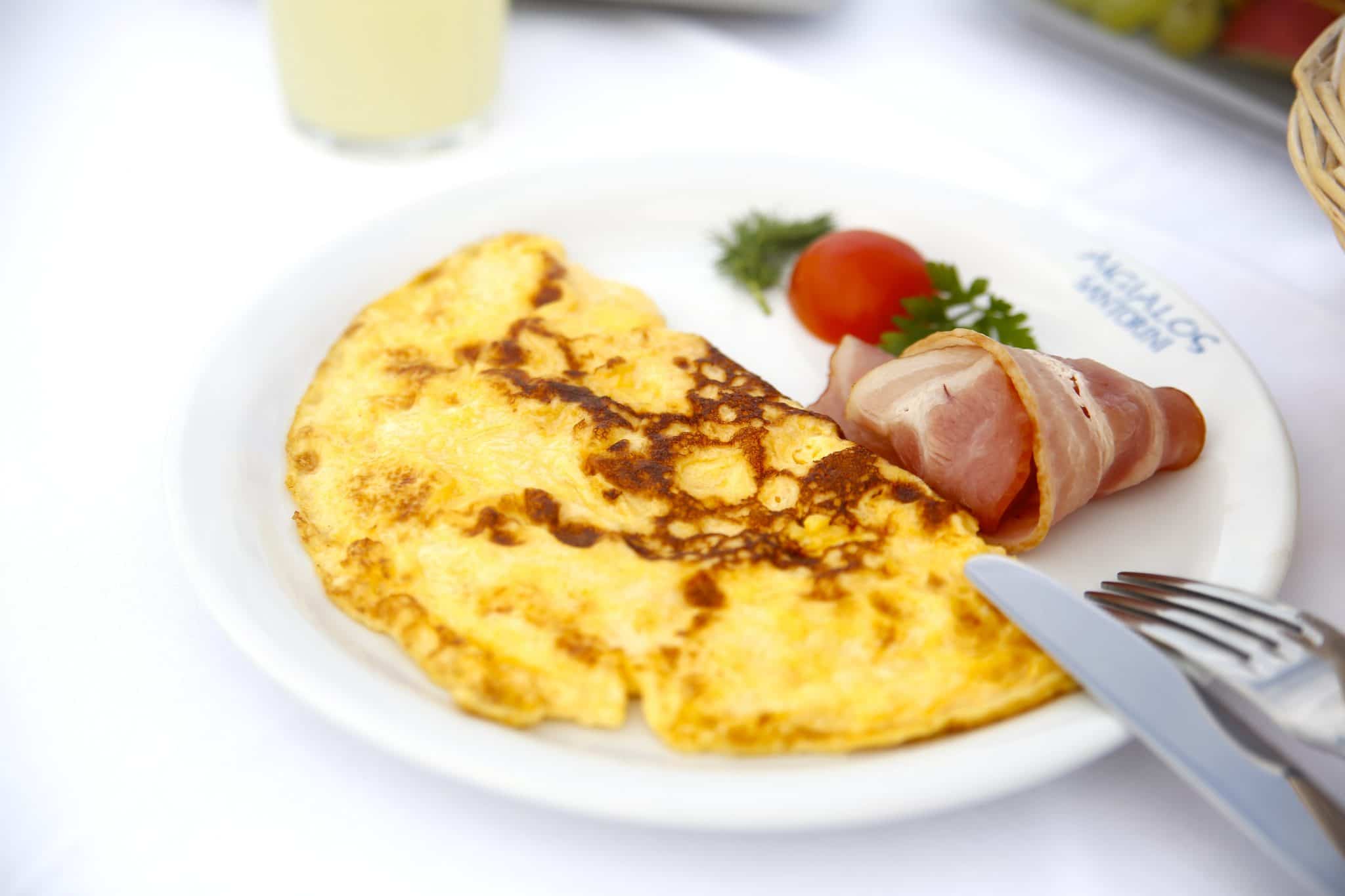 Some vegans think that this means that it’s okay to eat ethically sourced eggs. As long as a vegan believes that the hens involved in creating eggs have been cared for responsibly, there’s nothing in the pure ideals of veganism that prevents an individual vegan from eating those eggs — or some people might tell you. Others think that buying any eggs at all propagates a cycle of cruelty to chickens that can only be stopped by total egg abstinence.

The best way to find out if an individual vegan eats eggs is to ask. Be warned, however: even if the answer is “yes,” that doesn’t mean that your vegan friend will eat a normal egg from the corner store. Instead, you’ll have to go through the extra effort of finding a free-range egg sold by a cruelty-free farm.

If you’d like to be 100% sure about what your religion thinks about eggs the best thing to do is ask a local leader. They’ll give you a much more qualified and personal answer than the one you’ll find here.

The general overview, however, is that eggs are kosher by default. They’re also pareve, which means they can be eaten with either dairy or meat, but not both. Eggs stop being kosher if they’ve been accidentally cracked open before you use them or if you find any blood spots inside of the eggs. 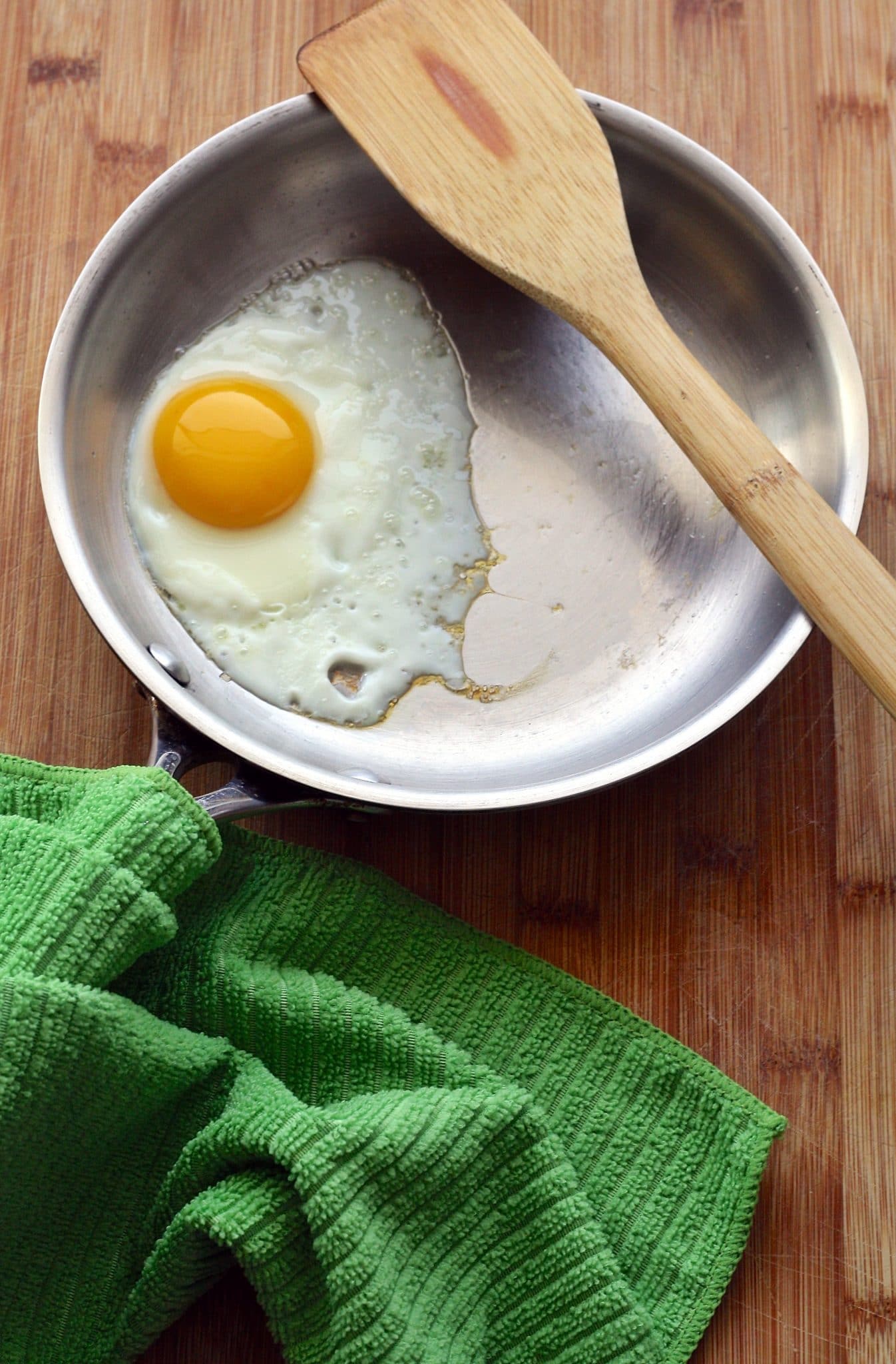 Are eggs considered meat? No, there’s no animal flesh in eggs, so they’re not meat.
Are eggs dairy or meat? Eggs aren’t made from milk, so they’re not dairy. They’re also not meat. No to both.
Are eggs dairy or poultry? Eggs are neither dairy nor poultry.
Are eggs considered dairy? No. See above.
Do vegans eat eggs? Not usually, but exceptions exist.
Are eggs kosher? If eggs aren’t broken and they don’t have blood spots, they’re kosher. Eggs are also pareve, meaning they’re easy to eat with just about anything.

The fact that eggs aren’t meat is a really, really good thing. For one, it means that baked goods (which often contain eggs) are totally fine to eat on a meat-free diet. If eggs were meat, you wouldn’t be able to eat many types of bread, cakes, and other baked goods.

The fact that eggs aren’t dairy is similarly pleasant. Lactose intolerant individuals have to be very careful with how much dairy they eat and when. If eggs were dairy, including an egg in a mostly milk-free baked good (again, bread springs to mind) would be troubling to lots of people all around the world.

It’s worth repeating my statement from the beginning of the article here: your diet is primarily self-determined. Your religious community does not know (and largely doesn’t care) what you eat at home, and your vegan and vegetarian friends probably have better things to do than police the nitty-gritty details of your diet. This means that you’re free to make any conclusions you’d like about whether or not you should eat eggs.

You can use the fact that they’re neither meat nor dairy to vindicate your love of eggy dishes or simply decide that they taste bad and you’d prefer not to eat them if possible. The choice is really up to you.