Are you looking for Baby bell cheese recipes for your family to enjoy? I find that I always have this little round cheese floating around in my refrigerator, but I often only eat it as a snack because I don’t know what recipes to use them in. Recently, I had quite a few of these cheeses, so I looked into Babybel cheese recipes that don’t take a lot of effort to make.

Babybell is a very recognizable cheese because it has a red wax coating that is designed to protect the cheese. This red wrapped cheese is designed to be eaten right out of the pack. It is a semi-hard cheese that is made from pasteurized cow’s milk, and there is even mini Babybell cheese that is purchased in a red net, which makes it very noticeable. 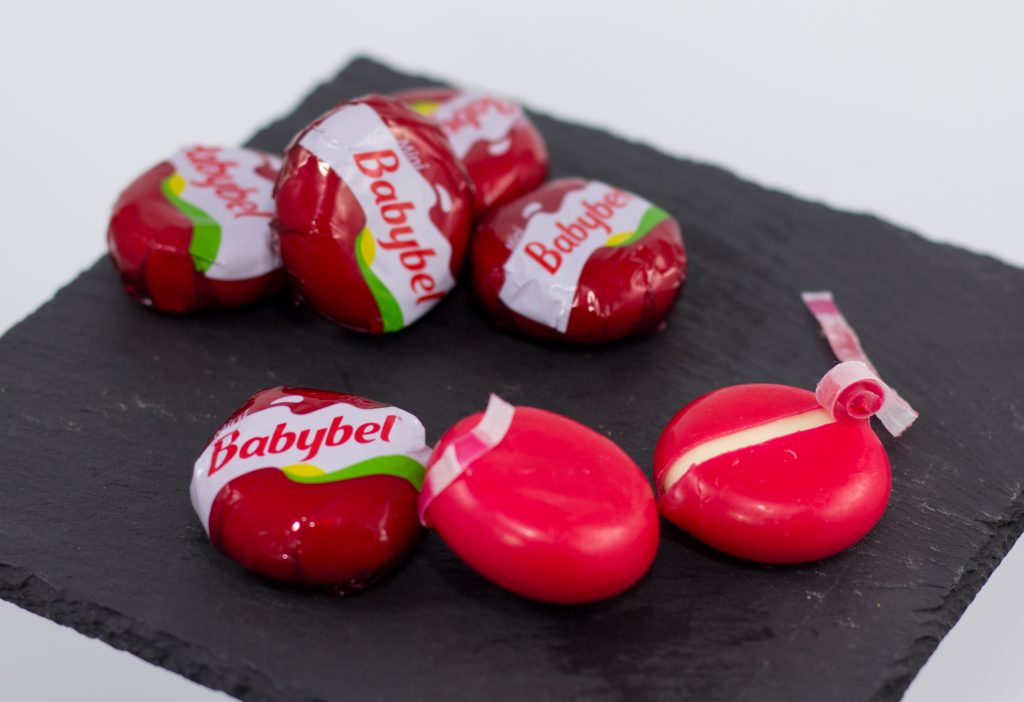 Of course, we are all familiar with the original Babybel cheese with the red wax, but over the years the company has manufactured more flavors so that you can have more variety in your cheese. Some of the flavors that are currently available from Babybel include:

Babybel cheese is an excellent snack for children under two to enjoy because it is small enough for their little hands to hold and soft enough for them to simply bite into the cheese. You can even cut the mini Babybel’s into smaller portions for your little one to enjoy. As your baby grows, they will still enjoy this cheese snack, but they may enjoy it in other forms as well.

Of course, cheese is a great snack that is healthy for you, but you don’t always want just a wheel of cheese to nibble on like a mouse. That being said, here are some snacks that you can make with this type of cheese: 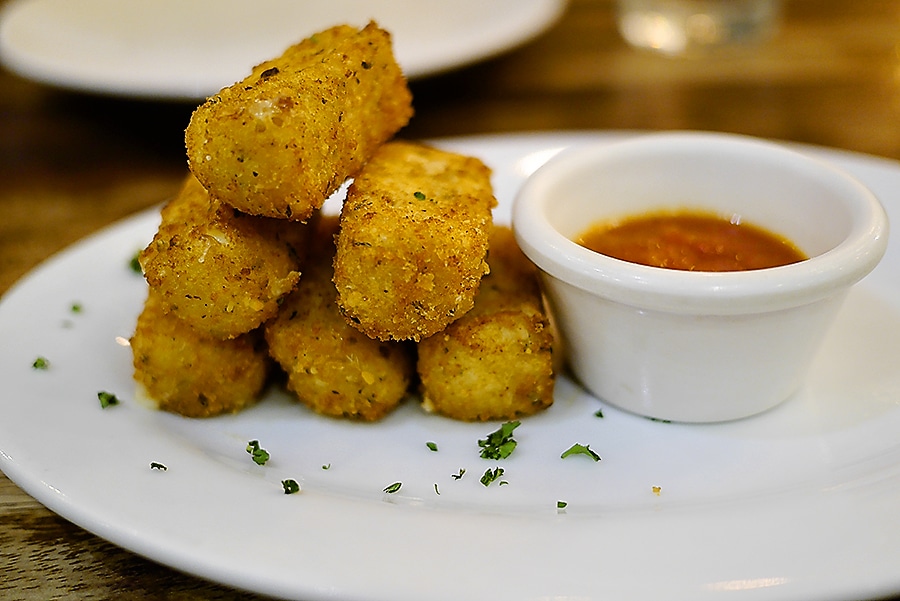 I love mozzarella sticks, and this recipe is a great new take on the dish. You can use the classic mozzarella cheese, but if you want to use another variation, it will taste just as delicious. For this recipe, you will need:

Unwrap the cheese, and heat the oil to about 360 degrees. While the oil is heating, dip the cheese in each of your dipping stations sequentially until the cheese is coated evenly. When the oil is heated, add the cheese. Turn the cheese often; it will be done when both sides are golden brown. Remove the fried cheese from the oil, and serve with marinara sauce.

If you are looking for a more complex snack, try making this cheese fondue. The ingredients for this recipe include:

Rub the inside of a large saucepan with the freshly cut garlic. Then, grate the two cloves into the pan. Add in the beer and the wine before bringing the pot to a boil. Whisk in the cornstarch until there are no lumps in the sauce, then bring to a boil. When the sauce starts to boil, reduce the heat and simmer it on low while slowly adding in the cheeses. Make sure to stir the sauce as the cheese is added. In another bowl, combine the bourbon and the baking soda, and then combine it with the sauce. Season the sauce with the lemon juice and salt, and serve it with some crusty or toasted bread.

If you are looking for recipes that use Babybel cheese that you can make for a meal, then one of my favorite dishes is stuffed meatballs with spaghetti. 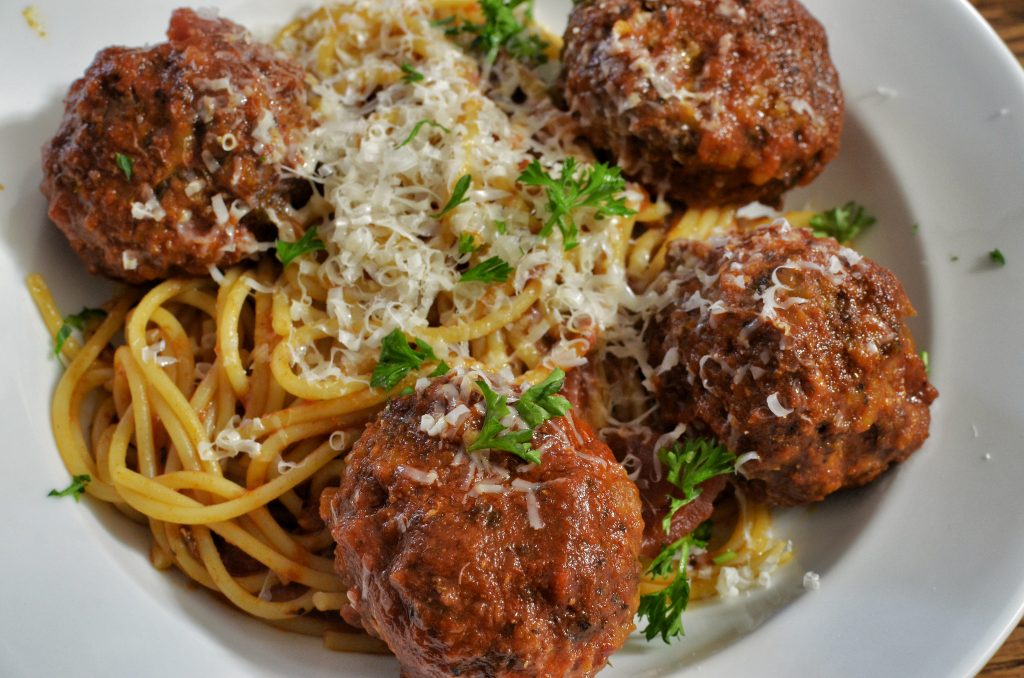 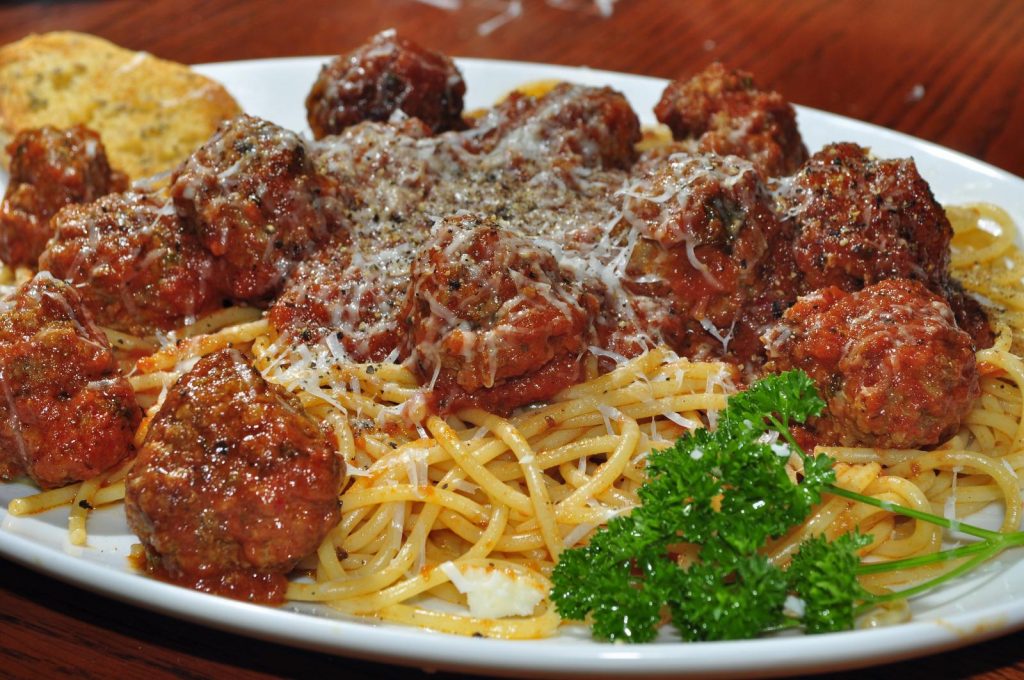 To start, you will need to preheat the oven to 350 degrees Fahrenheit. Line a baking tray with aluminum foil, and then spray the foil with cooking spray so that the meatballs do not stick to the foil. In a large bowl, combine the onions, the garlic, the breadcrumbs, the parmesan cheese, the chili flakes, the salt, and the pepper.

Add the ground beef and the egg to the bowl, mixing well. Take about a tablespoon of the mixture and roll it into a small ball. Make an indentation in the center of the ball with your thumb, and fill the indentation with ¼ of a cheese round. Seal the meat around the cheese, and place it on the prepared baking tray. Bake for about 20 minutes.

In the meantime, boils some water. Once the water comes to a boil, add the dried spaghetti and allow it to boil for about eight to 10 minutes. When it is cooked (I like my pasta al dente), drain the pasta and toss it in a bit of olive oil or marinara sauce. When the meatballs are cooked, top with marinara sauce, and serve them on top of the spaghetti that you just prepared. Don’t forget to garnish it with parmesan cheese and enjoy it with a slice of garlic bread.

Inside Out Burgers and Cheesy Potato Poppers 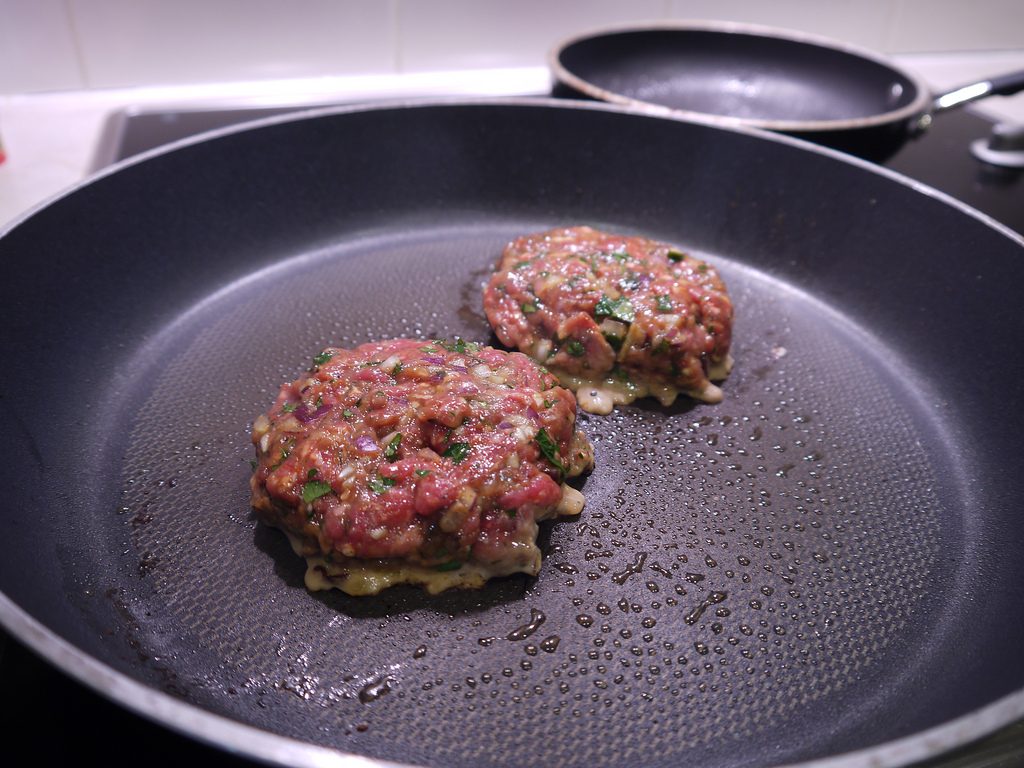 Another meal that my family loves is a two-part meal, but I always make the burgers and the potato poppers together because they are both so delicious. It is also a straightforward meal to make, so you will not spend hours cooking after a long day.

For the burgers, take a portion of meat that you want for your burger. For a good, thick burger, you will want about a quarter of a pound of beef. Form the burger patty around a mini Babybel; I like to use original, but sharp cheddar or other flavors will go great with a burger.

When the patty is formed, make sure to press the meat tightly together so that the cheese does not ooze out during the cooking process. Heat oil in a frying pan, and add salt to the burgers. Cook the burger until it is brown on both sides, and the cheese in the middle is melted. Serve the burger on a bun with any topping that you’d like.

For the potato poppers, you will need: 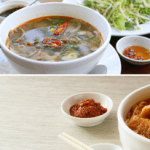 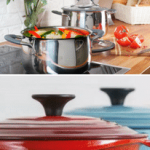 Tools Of The Trade Cookware Reviews – An Accessible Alternative To Top Brands?