Like many other people, I am absolutely addicted to bacon, and for me there is no better way to enjoy it than bacon skewers. Allow me to explain why, and you might just become a believer, too.

My wife has always wanted me to come out on top in our informal neighborhood cooking competition, so I decided to bring something new to this cooking event. Across several weeks, I mastered the preparation of bacon, trying different spices to produce the best possible dish for the competition.

For a long time I wondered why people are so focused on the quantity of bacon they purchase, but after so many trials of such scrumptious bacon, I realized that more delicious bacon can only be a good thing. As soon as we settled on the final recipe, my wife introduced the idea of the bacon stick, explaining that it could potentially go a long way in terms of presentation.

I’ve had bacon countless times, but never have I had bacon on a stick or a metal bacon skewer. Nevertheless, I was open to the idea, and boy did it pay off! Get ready for an incredible new way to have bacon.

What is the relationship between bacon and a stick? 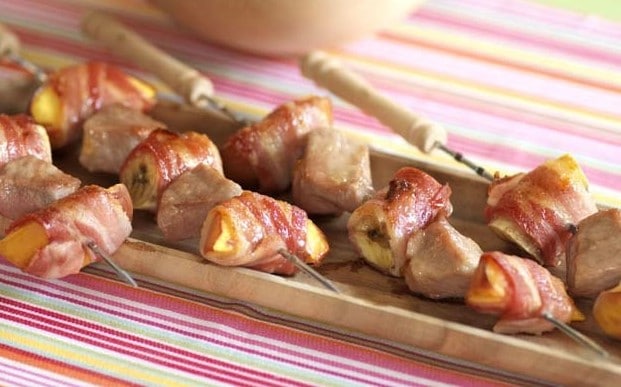 Bacon is meat which is cured by injecting it with a high salt concentration or by applying the salt around the meat piece. This curing process is regularly done to remove water from the pork in a process known as absorption. Pork is most often used for bacon but other types of meat piece such as cow meat, chicken and goat meat can be cut and made to look like the bacon.

Bacon comes in different pound packs and they are cut in different ways to be either slim cut, average cut or thick cuts as my friends often like it. Most people are very particular about the thick cuts, especially those concerned with their meat consumption. Most companies now package their bacon to target different financial classes and shopping demands.

Bacon sticks are fast becoming a popular tool as far as bacon preparation and consumption are concerned. Bacon sticks can be wooden or metallic. These sticks or skewers can be used by spearing through each slice of bacon before being prepared.

Bacon can normally be prepared by heating on a clean dry pan until it becomes crispy.  But when cooking on a stick or skewer, the process is different. I will walk you through how to prepare the bacon on a stick or skewers; I’ll also provide some recipes such as the candied bacon skewers, which is a basic bacon skewer recipe, and a regular spiced bacon.

Sticks of prepared bacon make it easier for guests to handle the bacon in one hand while having a drink with the other hand. Bacon is already a comfort food, so think of the added comfort that bacon sticks provide! Read on and choose your favorite bacon on a stick recipe.

Bacon on a stick recipes

Most people like to use a wooden stick when preparing a bacon recipe while others prefer to use a bacon skewer made of metal. The choice between wooden stick and the smoothly designed metallic one has consequences on how you should prepare the bacon.

It is important to note that both the wooden stick and the skewers come in packs and can be acquired in most shops. One advantage the metallic one has over the wooden one is durability. I will show you how and why we use both.

At the family event, I used wooden sticks. Everyone gathered ’round and gazed on, not suspecting the trick I had up my sleeve. It wasn’t just taste I was after, but also timing, precision and convenience.

As this was a social event and nobody wants to be singularly engaged with eating from a plate, my wife had suggested the sticks, as these would grant the guests convenience to enjoy their bacon while moving around and catching up with each other. I must say, it was a stroke of genius. 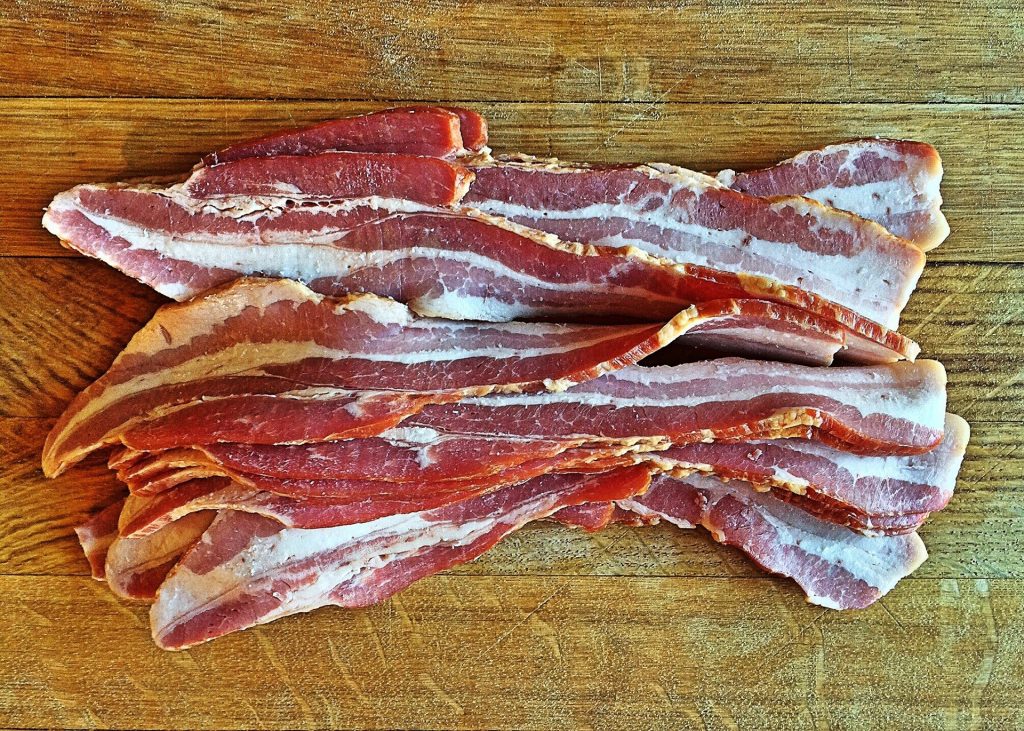 Procedure for preparing the bacon on a stick

Tips: the pan to be used must be of sufficiently wide to ensure all parts of the bacon are evenly prepared. Meaning, the slices of bacon must not overlap on the pan. Over-spicing should also be avoided. Do well to apply only the sufficient quantity of the ingredients; don’t go overboard!

Before using the sticks, soak in boiling water for some minutes to kill off any germs.

Aside from the fact that bacon can be addictive, it is also relatively easy to prepare. Bacon provides convenience as far as cooking is concerned. Bacon can be prepared on a clean pan, or in an oven. Whichever way you intend to do it, it still comes out with that unique taste. Just as I showed you how I prepared bacon at that event, I will be showing you just how to prepare bacon on a skewer, specifically a metallic one.

Here is a list of the ingredients you will need to prepare bacon in an oven.

Note: while using an oven pan, dip the bacon into the mixture and bake the bacon before using the skewer.

This dish can be prepared in about 40 minutes maximum. You may be wondering why I didn’t use a metallic skewer but instead opted for a wooden stick. The reason is that it’s an event, and it’s more convenient when the stick can be disposed of. If it had been an indoor occasion, I would have used a metallic skewer.

It’s also important to pay attention to the quantity of bacon you serve. Bacon can be very tempting and addictive so take care to provide a healthy serving to your guests. 1 slice of thinly-cut bacon weighs around 12 – 14 grams and gives up to 36 calories from fat, 11mg of cholesterol and 3.9g of protein; that’s just the thin kind, and the above recipe uses regular-slice bacon! Excess pork consumption can become a real health issue, so be cautious.

You’re probably wondering; did we win the competition? Well, of course we did. The appearance and presentation almost single-handedly awarded us first prize! 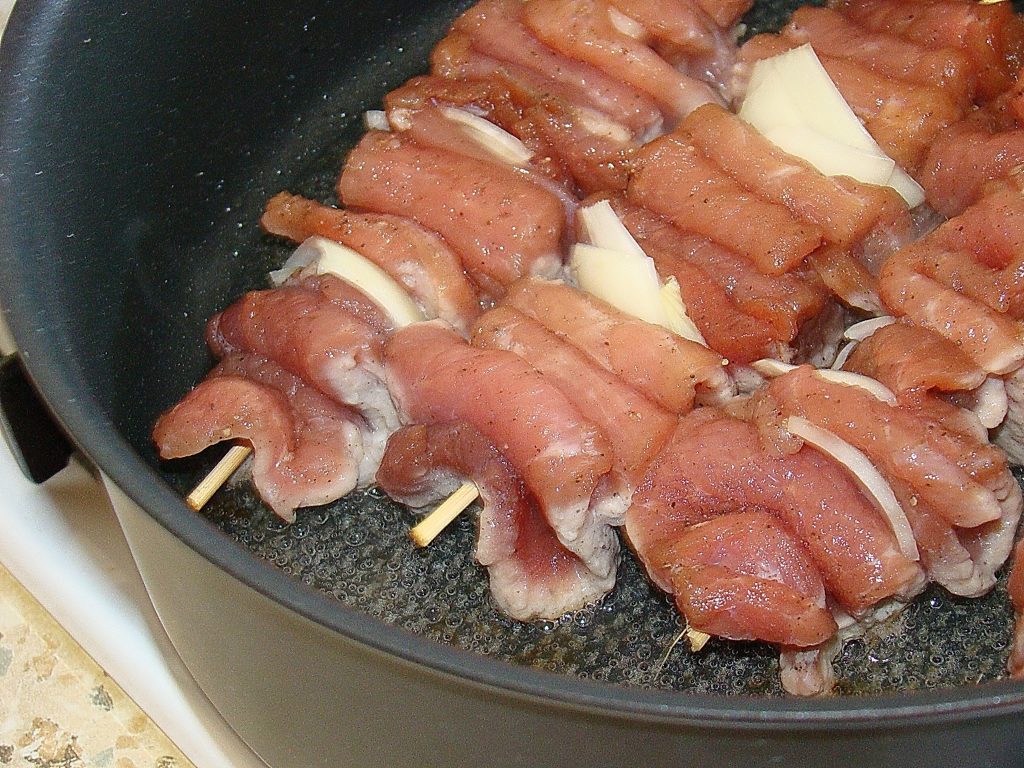 How you serve your guests matters a lot, especially when it comes to presenting the dish. But bacon on its own has to be served with a bit of skill. You wouldn’t want the bacon rolling down the stick, would you? Both ends of the bacon must be neatly and tightly placed to enable the bacon to stick to the sticks or skewer.

When serving guests, arrange the bacon diagonally on the plate. Ensure the bacon does not overlap on the plates to prevent the crunches from causing a mess. You know that no one wants to look messy after a meal.

Bacon sticks or skewers are used to spear slices of bacon. This method of using a stick or skewer when having bacon allows for convenience during eating by keeping the hands free from grease when eating the bacon.

Bacon is a sweet, crispy dish that provides a lot of protein but must be consumed sparingly. You can have it with a number of dishes such as sweet mashed potatoes or even as toppings for other dishes.

The taste which bacon possesses makes it a very addictive dish. Who wouldn’t want a dish that can be spiced to desire and takes no time at all to prepare? If you want the taste in a timely manner, then you should try the bacon on your plate; if you want convenience, too, then the only option left is the bacon skewer or stick. 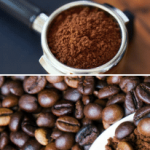 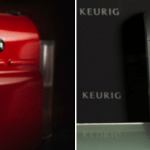 Nespresso vs Keurig – Competition of the Pods