Warning: count(): Parameter must be an array or an object that implements Countable in /home/customer/www/onthegas.org/public_html/wp-content/themes/yoo_bigeasy_wp/warp/systems/wordpress/helpers/system.php on line 61
 Ways to Use Beef Bouillon Granules in Your Cooking

Have you ever made stew or soup and you felt like there could be more of a beef flavor in the broth? Well, this is where beef bouillon comes in, and there are quite a few different variations like beef bouillon granules that you can get to add flavor to your dish. In fact, you can even make the beef bouillon yourself so that you know that you always have extra on hand when you need it.

What is Beef Bouillon?

Beef bouillon is actually a form of beef broth, but it is often not purchased in a liquid form in the store so that it lasts longer in your pantry. It can be purchased in cube form or granule form, but either way, it will add an intense beefy flavor to your dish when added to water or the liquid in your dish.

Beef bouillon powder and cubes need to be dissolved, so if your recipe does not have a lot of liquid in it, you may need to dissolve the cube or the granules before adding it to the dish. Beef is one of the most common flavors of beef bouillon granules, but you can find it in chicken, fish, vegetable, and more. 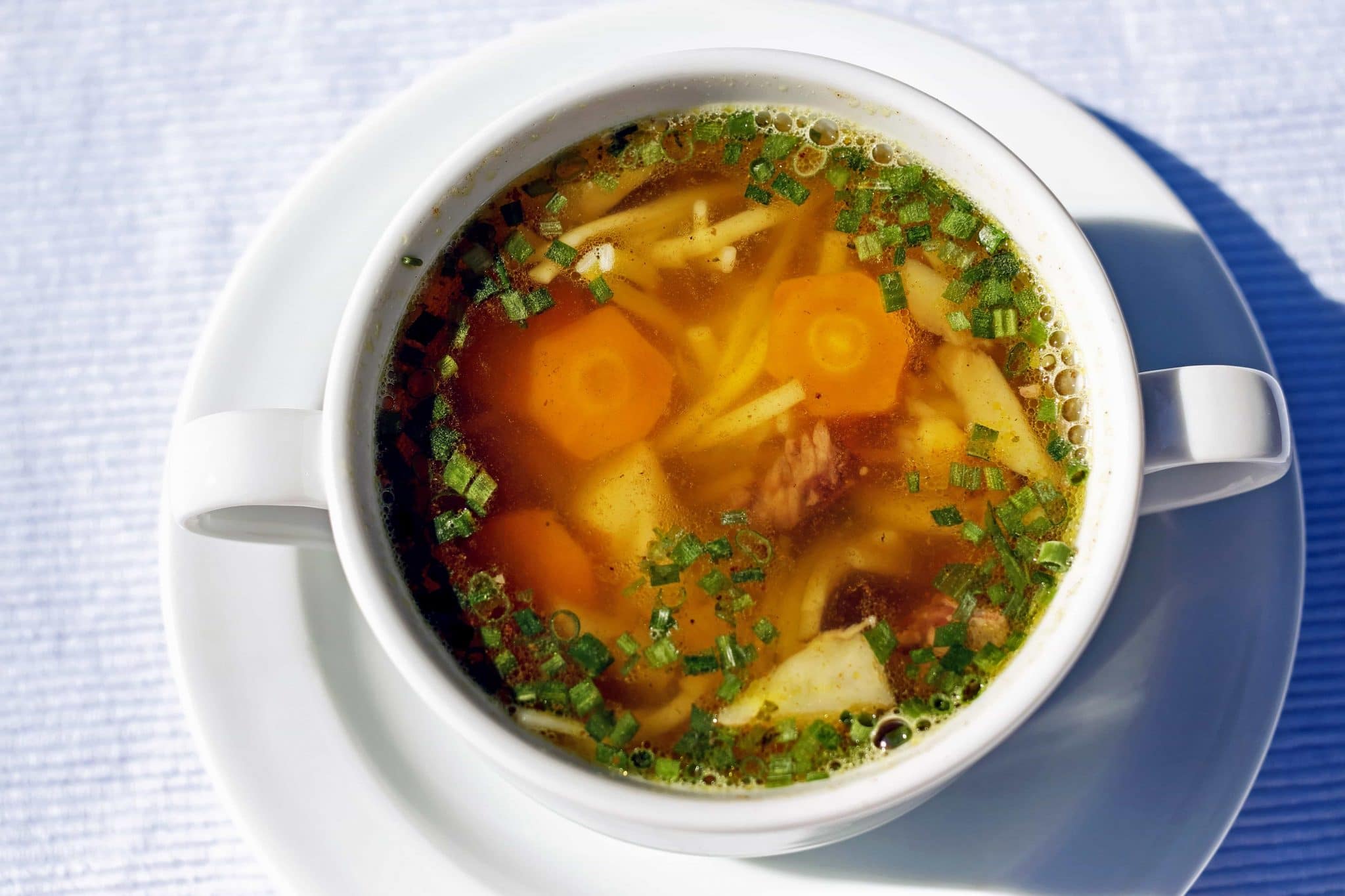 When I purchase my beef bouillon, I do prefer using the Wyler’s beef granules because of the intense flavor that it can add to the dish that I am preparing. It comes in a 3.75-ounce container, which gives you about thirty cups of beef broth when the granules are reconstituted. That being said, I prefer to make my own beef bouillon, so here is the recipe that I use if you are interested in trying it yourself.

This is something that is very easy to make, but unfortunately, if you want a rich flavor, you are going to have to reduce the broth for quite a while. Keeping that in mind, once you make this beef bouillon from scratch, you will wonder what you were doing purchasing it from the store. 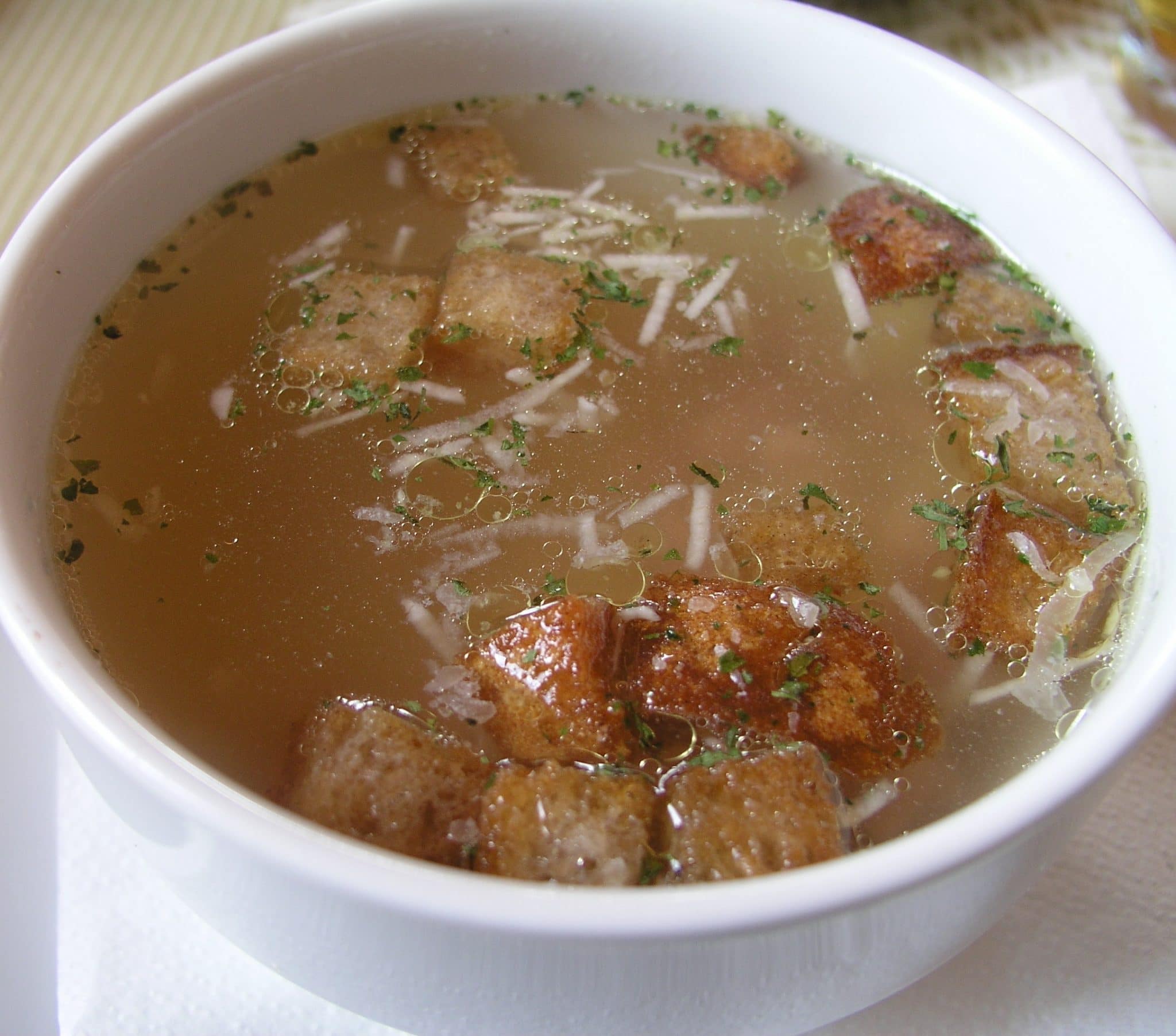 Place the beef, the beef bones, and the cloves in a large pot that can hold quite a bit, especially if you are planning on doubling this recipe so that you have enough beef bouillon to use in multiple recipes. Cover the ingredients that you just placed in the pot with cold water, and bring it all to a boil. Once the water is boiling, lower the heat to a simmer, cover the pot, and allow it to cook for about five to six hours. After this time passes, you will want to taste the broth to see if you need to add more salt for flavor.

At this point, you will want to add the vegetables to the broth. This includes the celery, the carrots, the onions, and the turnips. You can also add other vegetables if you feel that something will enhance the flavor even more. Once all the ingredients are added to the pot, simmer it for about an hour.

Remove the vegetables from the broth by straining it. Then, continue to simmer the broth until it reduces to about six cups of liquid. You will want to stop simmering it when it is the right strength for the dish that you are planning to prepare. When it is just right, you can allow it to cool before storing it in the refrigerator.

A beef bouillon cube is just dehydrated broth that becomes reconstituted when it is mixed with water, so instead of using a bouillon cube and water in your recipe, you can simply substitute one cup of beef broth for every cube of bouillon that the recipe requires. If you do this, you may find that your recipe is lacking salt. This is because bouillon cubes tend to be saltier than broth, especially if you are using broth that you made yourself.

Other options that I have found to work great as a substitute for beef bouillon include: 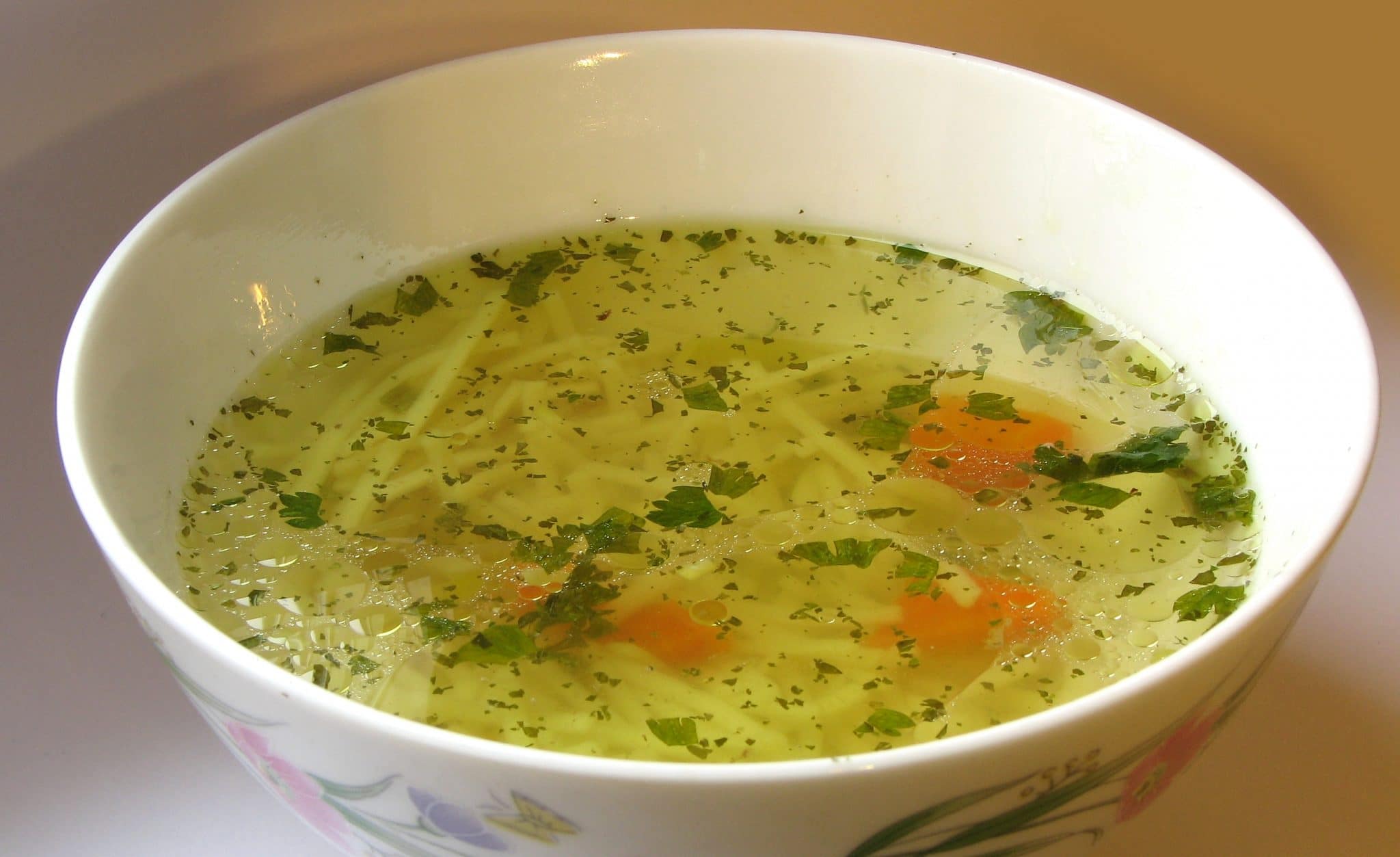 Recipes that Use Beef Bouillon Granules

When you think of beef bouillon, you often think of things like stews, sauces, and soups, but there are quite a few recipes that you can find that use this ingredient, and not all of them are cold weather dishes that you will only want to make in the summertime. One of my favorite dishes to make is stroganoff; here is what you will need to make it: 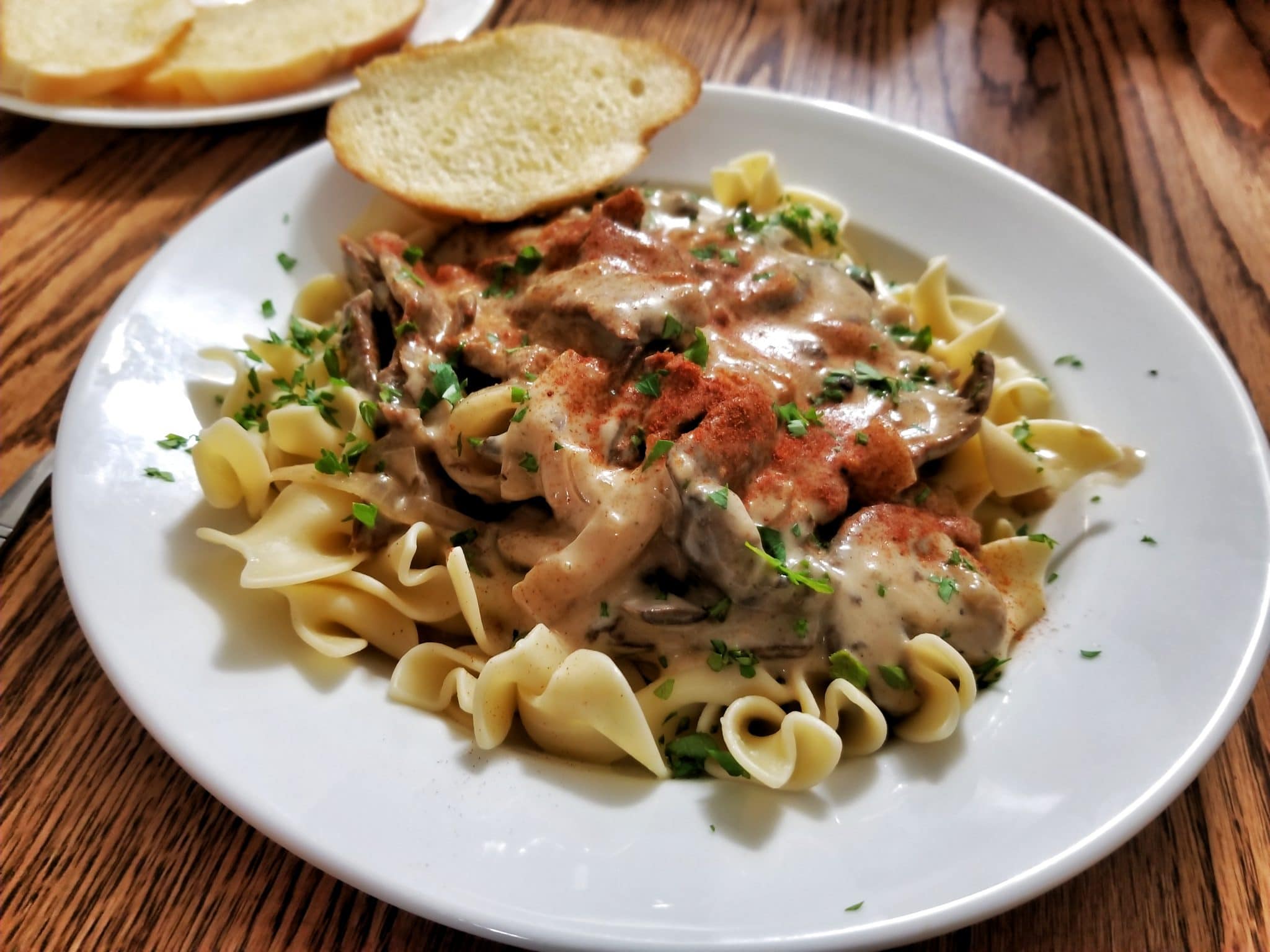 To make this recipe, you will need to begin by frying the meat in a large skillet. Once the meat is fully cooked, drain the fat from the pan and break the meat up into smaller morsels. Add the mushrooms, the onion, and the garlic to the skillet and sauté them with the meat until they are tender. Add the room temperature water, the bouillon granules, and the pepper to the skillet, and bring to a boil.

In a separate container, combine the flour and the cold water until the flour is completely dissolved. You can do this by adding the ingredients to a glass and stirring vigorously or by placing them in a jar and shaking them. Once the flour is fully dissolved, pour it into the mixture that should still be boiling on the stove. With the temperature set at medium heat, you will only need to simmer the mixture for a few minutes for it to become thick. Remove the sauce from the heat; once the mixture stops boiling, stir in the sour cream. Then, pour the sauce over the egg noodles to serve the dish.

Have you ever prepared a roast or a large meal for your family only to find out that you do not have enough beef broth left over to make gravy? Well, with the right spices and some beef flavored bouillon granules, you can create a delightful gravy in a matter of minutes to help complete the meal. This recipe only makes about two cups of gravy, so if you are making a large meal for a family gathering, you may want to double the recipe. For this recipe, you will need:

To start making the gravy, you will need to dissolve the granules in the water and bring them to a boil in a medium saucepan. Once the mixture is boiling, stir the garlic powder, the onion powder, and the Worchester sauce into the pan and continue heating it.

In a small bowl, mix the cornstarch and the water until dissolved, then pour it slowly into the boiling mixture in the pot. Reduce the heat and simmer until the mixture thickens. If you want thicker gravy, simmer it for a longer period of time, and when it is the right consistency, add salt and pepper to the gravy as needed. 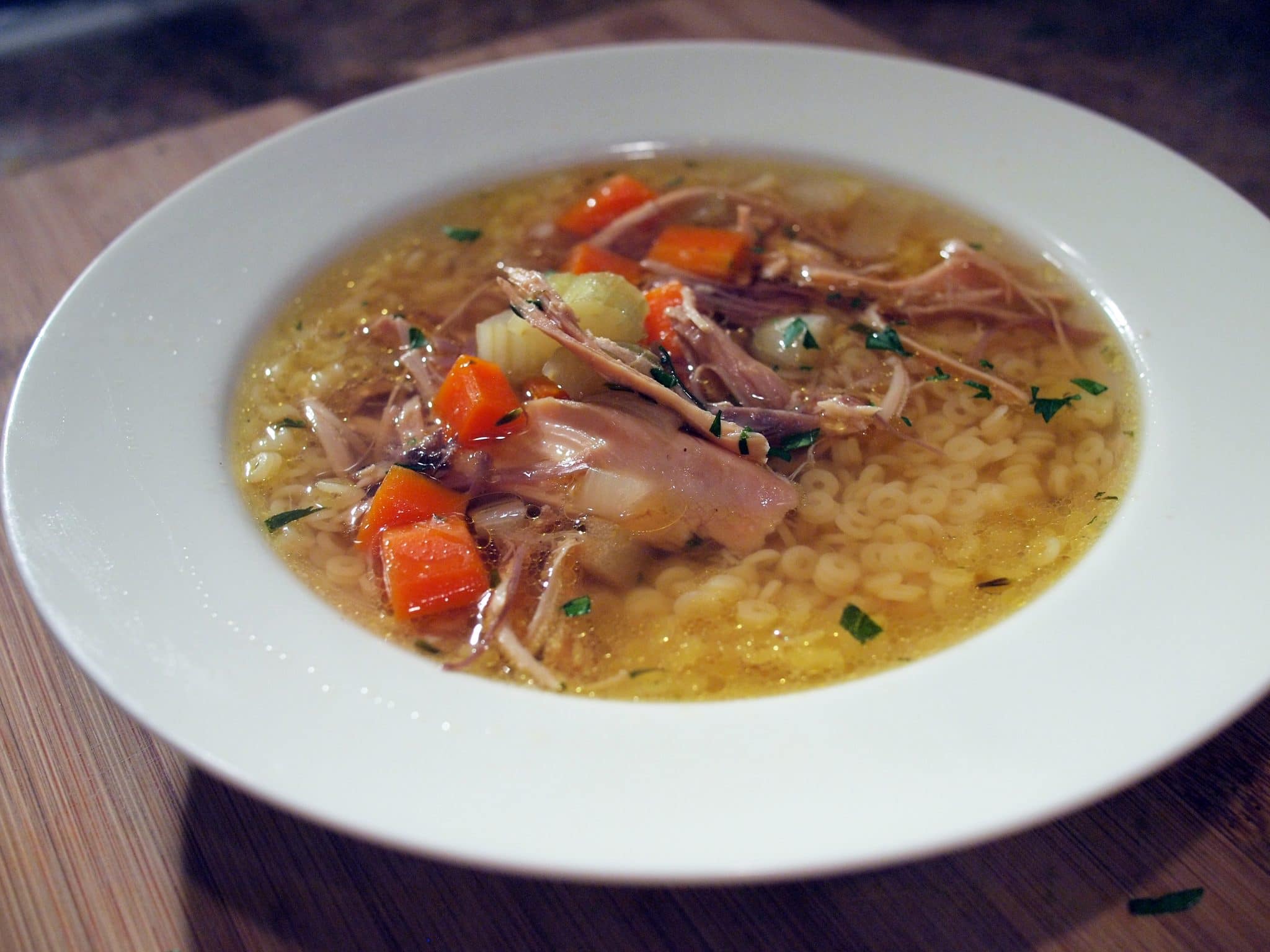 As you can see, there are ample recipes that use beef bouillon, so whether you purchase the cubes, the granules, or you make your own using the recipe above, make sure that you always have it on hand, especially if you are making a large meal where your guests are going to want some gravy. What is your favorite beef bouillon recipe?