I can trace my ability to find high-quality soy sauce back to my grandma, one of the best cooks I’ve ever known.

She doesn’t mess around with her soy sauces. Those privileged enough to enter her kitchen would immediately notice her bottles of soy sauce on the kitchen table, so esoteric and foreign were their labels.

How she was able to identify the best type of soy sauce for each dish is something that took me a long time to learn. Although grandma now only lives on in memory, I will always remember her for her delicacies and more importantly her ability to identify top-notch soy sauces.

Growing up with her made me something of a master when it comes to identifying good soy sauce. Over the years, I have had friends coming to me for advice on the topic. So, for today’s article, I will be focusing on some of the best soy sauces you can get, but first off let look at a thing or two about soy sauce in general.

Soy Sauce – What are they really?

Soy sauce or soya sauce as it called in British English is a liquid condiment that is made from the combination of fermented soybeans, roasted grain and wheat or barley. The soybeans are usually boiled until they are soft after which an even quantity of barley is added, and then they are allowed to ferment. Water with a certain amount of salt is added, and then they are covered for a couple of weeks.

Soy sauce happens to be one of the oldest condiments in the world as its origin dates as far back as two thousand years ago, if not even more. Soy sauce is reddish-brown in color.

It has some elements of salt and umami flavors.

In Asia, soy sauce is a very common seasoning ingredient. The soybean crop is known to be a very flexible crop and aside from the fact that they are usually ground to make soy milk, they can also be curdled to make tofu. The soybean is a key ingredient in making the famous soy sauce. 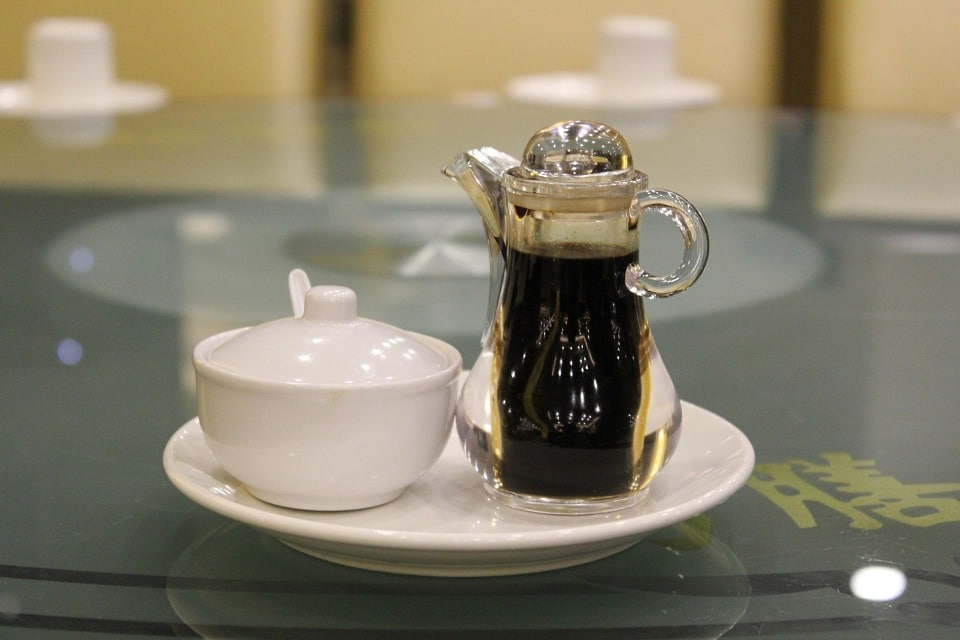 According to the history of China, the first appearance of soy sauce dates as far back as 206 BC – 220 AD, where it was used alongside soy paste (a type of fermented paste usually gotten from soybeans). Officially, soy sauce became a generally accepted liquid condiment during the era of the Song dynasty sometime around 960-1279 AD

Just like the numerous salty condiments we have today, soy sauce was seen as a method of stretching out the salt and back then it was quite an expensive commodity.

During the Zhou dynasty, soybeans were usually included in the fermentation process of fermented fish; mixed salt, which was often used as condiment, was eventually replaced during the Han dynasty with the soy paste recipe and soy sauce as its by-product, using soybean as its major ingredient while the fermented fish-based sauces were developed separately as fish sauce.

In the 7th century, it was recorded that the Chinese Buddhist monk introduced the soy sauce to the Japanese people when they went there to study and they quickly adopted this recipe, but not without changing a thing or two about it. As a matter of fact, it was noted that they blended wheat and soybeans and this provided a sort of mellow flavor that made the taste of the sauce quite exceptional.

What is the Best Soy Sauce? We’ve selected 5!

It is more or less impossible to pinpoint one particular soy sauce as the best, as there are many high-quality soy sauces, but for the purpose of this article, we are going to be looking at five of the best soy sauces we have around. 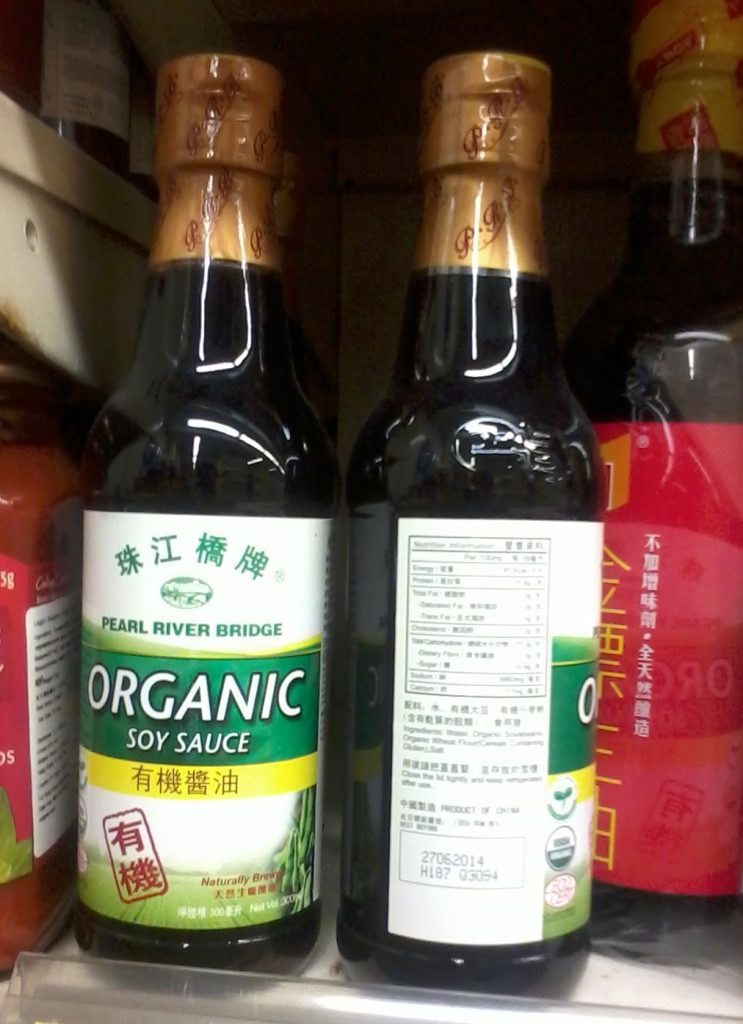 First on our list is the San J Tamari soy sauce, well-known for its fine quality. Aside from the fact that this soy sauce has around for well over three decades, it also encourages the use of more soybeans compared to the others, hence its richness in flavor.

This type of soy sauce happens to be one of the best sauces to come out of China. It is usually brewed in the open air and under the sun; the natural fermentation process gives the soy sauce its unique flavor and amazing color that it is known for.  It tends to be used for stir-frying and as a dipping sauce. Pearl River Bridge soy sauce tends to be saltier than regular soy sauce, while holding a distinctive sweet finish. It is additive-free.

Next on my list is the one and only Kishibori shoyu, a very popular premium Japanese soy sauce. This soy sauce is known for its peculiar fermentation process, done in a hundred-year-old barrel, which not only makes it quite distinctive from the rest but also very rich in flavor and an awesome addition to any dish.

It is safe to say that this soy sauce contains no form of additives or preservatives because of the super quality soybean used in producing it. The kishibori soy sauce is also known for its smooth taste and texture. You can decide to cook it depending on how you like it, but mind, it is best used in its raw form. 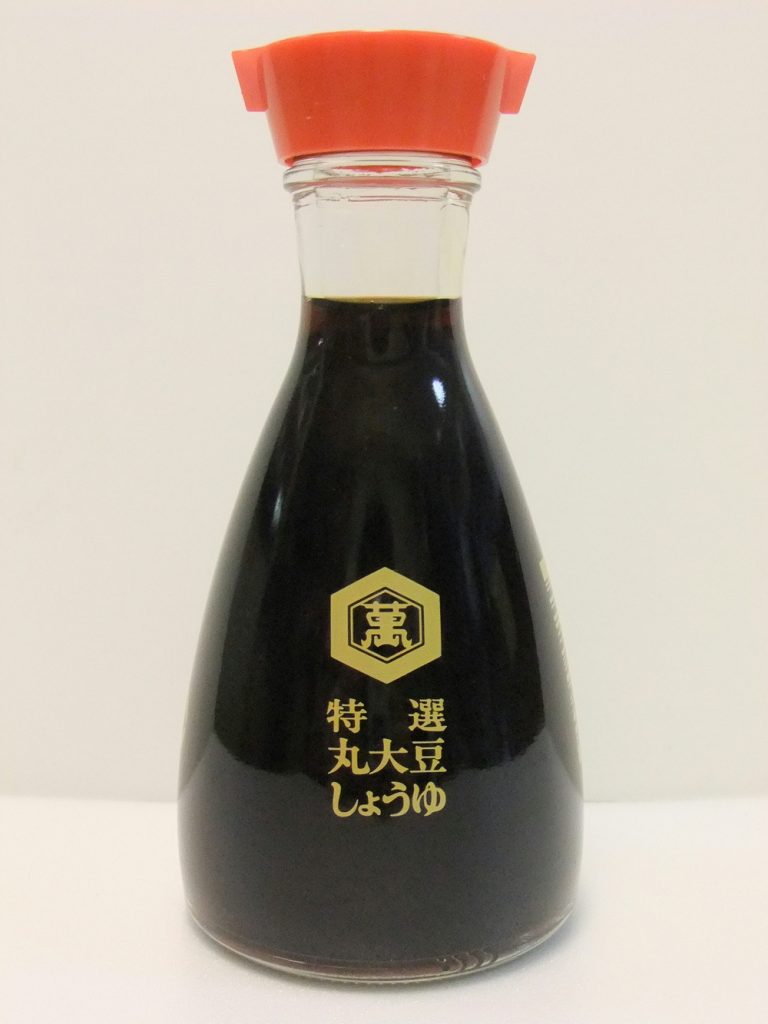 This soy sauce is an amazing product all the way from Thailand. It’s a multipurpose soy sauce that can be used to for your sushi, fish, pasta, grilled meat etc. The premium lite soy sauce is made from the mixture of wheat and soybeans, but it may interest you to know that this amazing soy sauce is about 65-70% less sodium compared to regular soy sauce.

Aside from the fact that soy sauce is an essential ingredient that completes most spicy Thai dishes, its packaging is top-notch, a stress-free way of getting the semi-liquid content out of the bottle. Soy sauce is also known for its ability to remove the foul smell from food and produces most of the best umami flavors that you can use for ice-cream.

Last, but not least, is the Kikkoman soy sauce. It’s traditionally brewed, has a full flavor that comes from its even ratio of salt, water, wheat and soybeans. Kikkoman is usually a complex type of soy sauce in terms of flavor; it also has a fine aroma in addition to an amazing color. Its flavor complements most types of Asian dishes. Remember the golden tin pack when purchasing soy sauce; this type is highly recommended.

The Different Types of Soy Sauce

Basically, soy sauce is broken down into four major types: 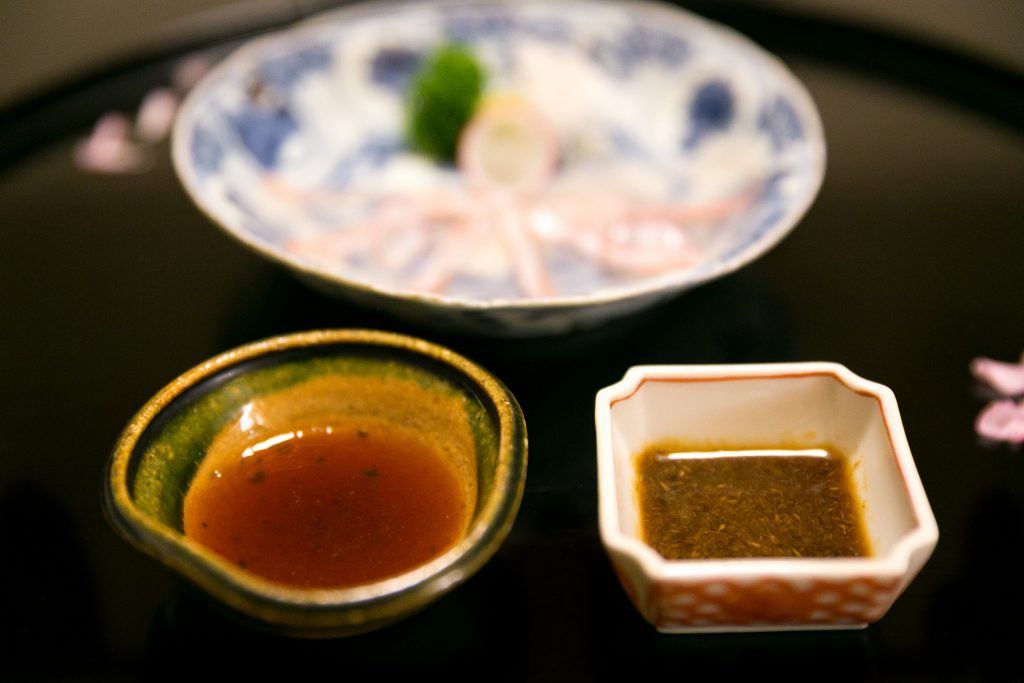 This type of soy is common amongst the Chinese and Taiwanese; it is a very common sauce for cooking in China. As a matter of fact, it is said that if a Chinese recipe calls for soy sauce but doesn’t say which kind, you can safely assume that it means light soy sauce.

Dark soy sauce, on the other hand, is usually less salty compared to the light soy sauce. It’s sweeter due to the addition of ingredients like molasses or caramel; dark soy sauces are also darker and usually thicker than light soy sauce in terms of texture. Dark soy sauce contains a little cornstarch and is used in dips, stews and on some occasion salad dressings.

This type of sauce is known for having less salt but more chemicals. They are perfect for those trying to cut down on salt. Diluting regular soy sauce can be used as a perfect alternative to the less sodium soy sauce. 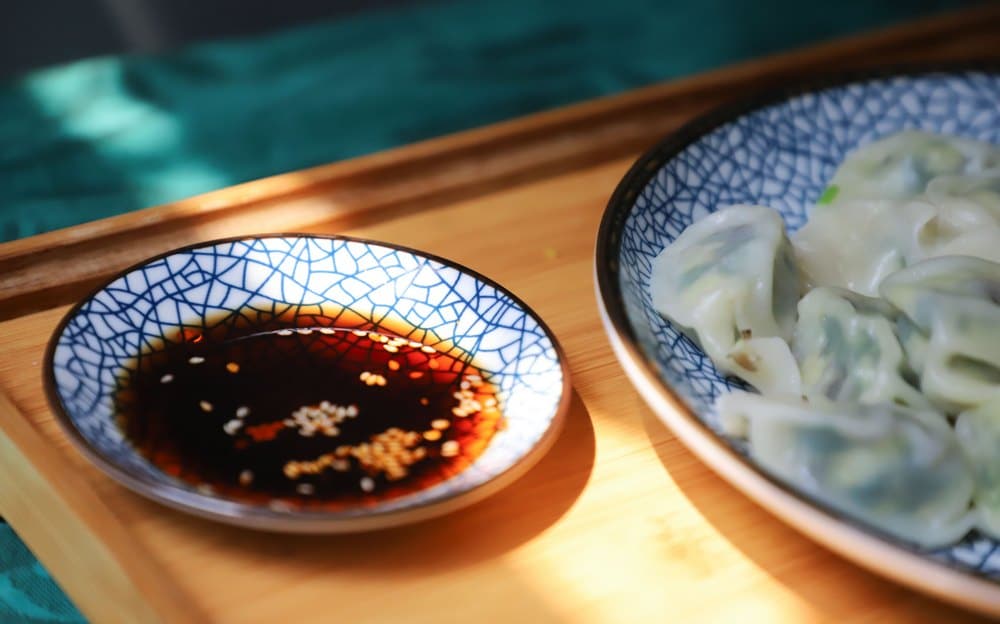 Thick soy sauce is a type of sauce made by adding more wheat and cornstarch to the regular soy sauce to make it thicker. It is usually sweeter compared to the other categories of soy sauce; thick soy sauces are also used for numerous pork dishes.

The Chinese soy sauces or jiàngyóu in Mandarin (yale in Cantonese) is a soy sauce that is made from the combination of soybeans with an unusually low amount of grain. They are basically classified under two major categories. 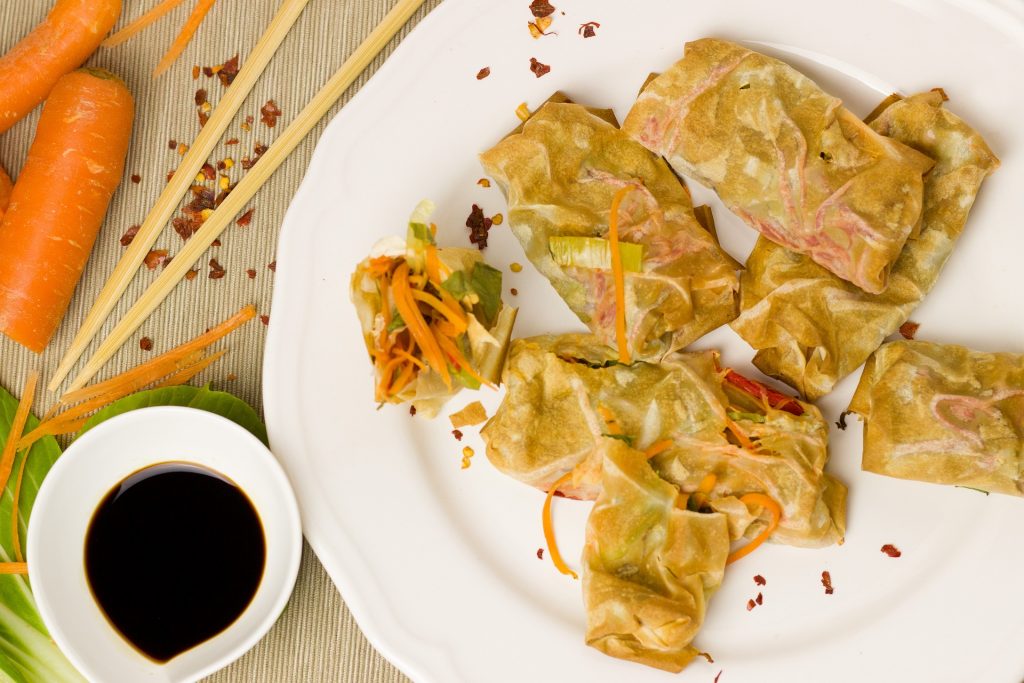 The first kind is brewed; their fermentation process involves the use of wheat, soybeans, salt and water and also does not involve any additional additives.

The second kind is blended; additives associated with a sweet or savory taste are times added to the already-brewed soy sauce to alter its taste and texture.

The Filipino soy sauce or toyo as they call it in their native language is a sauce made from the mixture of carefully-selected ingredients like soybeans, salt, wheat and caramel color. The Filipino soy sauce usually has similar characteristics to that of the Japanese variety in that they are thinner in texture and bear a saltier taste.

This sauce is often used as a condiment alongside other sauces like fish sauce, as a marinade and also as the main ingredient in dishes like the famous Philippine adobo. 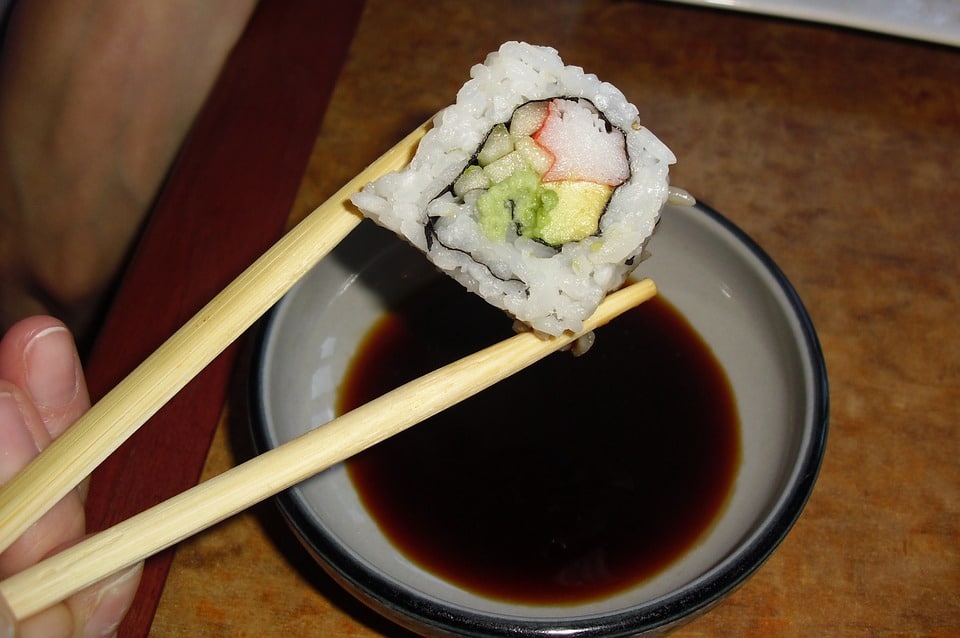 The Japanese soy sauce (or Shōyu as it is commonly called) is a sauce that on most occasions has wheat as its major ingredient; Japanese soy sauce is therefore usually sweeter in taste compared to most of the other varieties of soy sauce. It also tends to have a sort of alcoholic flavor, probably due to the fact that some amounts of alcohol are used as a preservative.

The Japanese soy sauces are also further divided into other varieties which include the like of the Koikuchi, Usukuchi, Tamari and Saishikomi. Other modern varieties may include the Gen’en and Usujio.

This method basically involves combining the soybeans, grain, aspergillus (a mold culture) and yeast with microorganisms included, which are either crushed or blended such that they form a mixture referred to as koji. The mixture is then fermented under a regulated temperature and controlled humidity. The traditional method tends to produce the most organic soy sauce.

This method usually takes a couple of months to produce and it further involves the following steps:

This method basically involves a process called hydrolysis which is the modern way of producing soy sauce. It is faster compared to the traditional method.

For this method, the mixture is soaked in hydrochloric acid for about 20 hours. This is done to remove any form of amino acids. The mixture is then allowed to cool after it has been acidified. The amino acid is neutralized using sodium carbonate, after which it is purified by a filtration process involving the use of active carbon.

The end result of this method is a hydrolyzed soy protein which is further flavored and colored by the addition of salt and corn syrup (caramel corn syrup precisely). 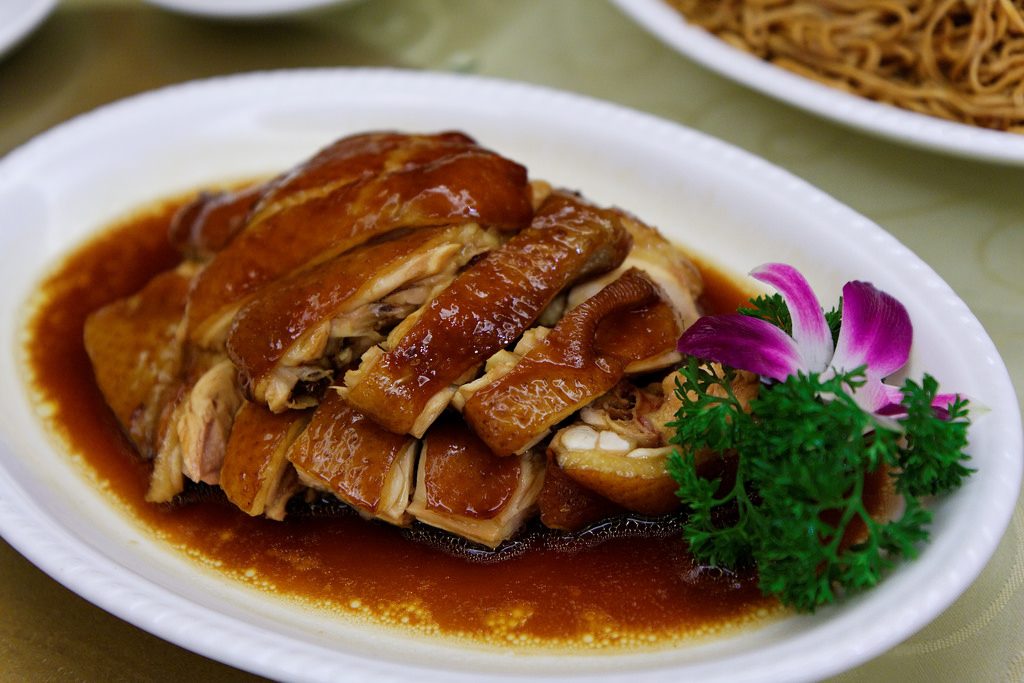 Aside from the amazing ways these sauces complement our meals in terms of flavor, they also have some wonderful benefits for the human body, some of which are:

Storing the soy sauce is not a big deal, as you can simply store it in a cool, dry place and it’ll be fine. Soy sauces don’t go bad easily; they can last for as long as two years after opening due to the high level of sodium in it. Microorganisms usually find it difficult to thrive in a sodium-induced environment. Keep in mind that the flavor and quality of the sauce will decrease over the course of those two years, however.

Soy sauce is one of the most versatile condiments, and it is of paramount importance that you are able to identify the best soy sauce to perfectly enhance the flavor of your dish. I sincerely hope that this post has done more than enough in equipping you with the knowledge you need to get that perfect soy sauce you desire.