To boil a rabbit is pretty easy once you get your rabbit meat. And no, just because you like eating boiled rabbit doesn’t mean you hate bunnies.

If you’ve seen the movie Fatal Attraction, you may have heard the phrase “bunny-boiler” used to refer to a crazy ex, all thanks to the part in the movie where the woman boils the guy’s family pet. But in real life, boiled rabbit is actually a delight.

Rabbits are eaten all over the world the same as chicken, beef or pork. But in America, we get really sentimental about it. The Easter bunny and memories of our childhood pets just won’t let us enjoy this lean, white meat. But truly, meat that’s white and lean is often a healthier choice. Really, what’s so bad about eating a boiled bunny?

You already know what rabbits are—they’re the cute little animals that never tire of hopping. As bizarre as this may seem, rabbit meat is quite reminiscent of chicken meat. Both animals are not so far off from each other when it comes to cooking. The general advice is that you treat rabbit the same way you treat chicken. These meats can be interchangeable in recipes.

The meat of a rabbit is appetizing and nutritious. The degree of this depends on if the rabbit was farm-raised or if it was wild. Farm-raised rabbits will definitely add extra flesh to your pot, but wild rabbit brings in more flavor and nutrients. Boiled wild rabbit takes a longer time to tenderize because the flesh is tougher than that of a farm-raised boiled rabbit.

The meat is slightly sweet and has a distinctly gamey flavor (especially for wild rabbits) with a pleasant texture as well. Think of how chicken meat tastes, now, imagine that taste was tripled. The tripled taste is rabbit meat—a powerfully flavored version of chicken. With an easy rabbit recipe, you can sit back and enjoy some boiled rabbit meat.

Though considered white, the meat appears pink. And because it’s lean when roasting, the meat might dry out if it isn’t continually basted. Apart from boiling, rabbit meat can be braised, grilled, roasted, barbecued, stewed, fried, and even slow-cooked. Due to the dryness of the meat, marinating it first before cooking is considered a good idea. For example, use a red wine marinade. 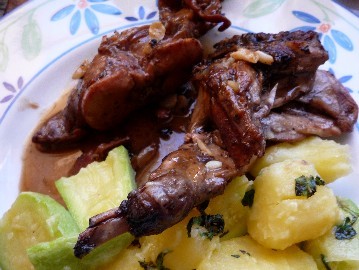 Rabbit meat pairs well with seasonings such as parsley, basil, garlic, thyme, coriander, rosemary, bay leaf, and sage. For sauces it can work with, try the Sicilian dark chocolate sauce, a cream-based sauce, fruit-based sauces, or wine-based sauce. As I mentioned, rabbit stewed in red wine is just excellent. The meat also pairs well with salty ham, bacon, and pancetta.

Additionally, it pairs really well with polenta, pasta, and green veggies like asparagus, spinach, and lettuce. The liver, kidneys, and heart are a nice addition to terrine, and when fried, a fine addition to salads!

How To Tenderize Rabbit Meat

Lean meats are tough. Rabbit meat is lean, with very little fat. How tender your rabbit meat will be depends on if it was farm-raised or wild, and on how young or old it was. The latter in both categories will be less tender. To tenderize rabbit meat, you can marinate it before cooking. Marinades also help keep the meat moist. 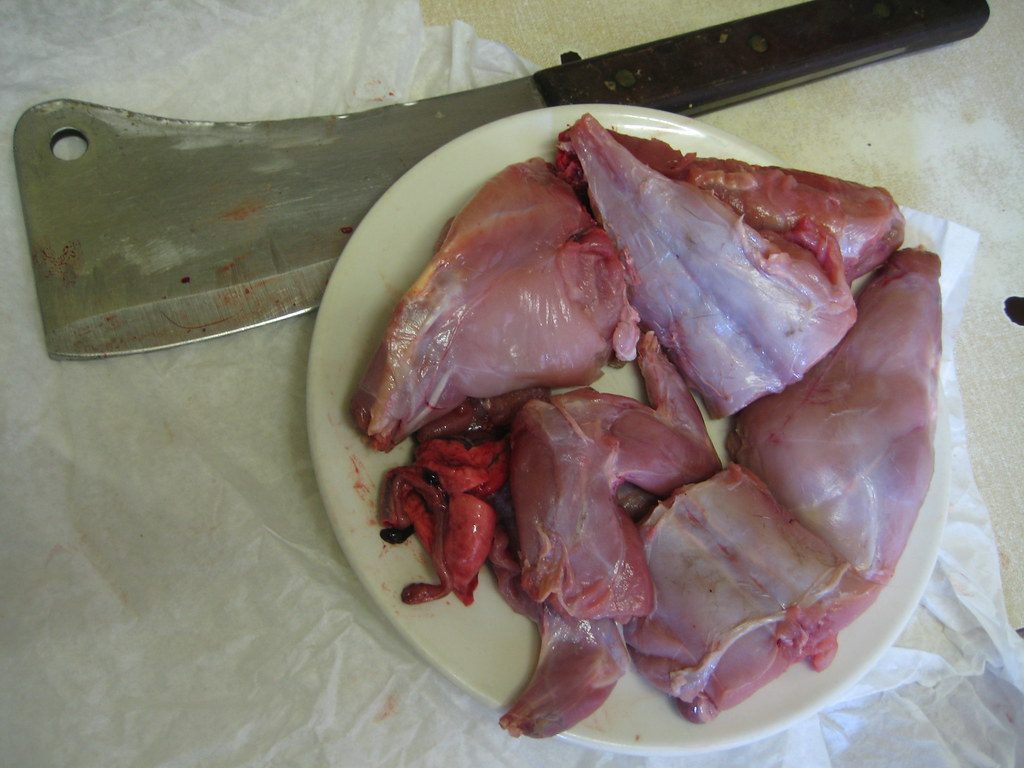 Marinades include an olive oil or wine marinade, with aromatic spices, and a buttermilk marinade. By the way, most marinades do not soak deeply, they only make the surface meat tender. Thus, dry-brining is a more effective method of tenderizing meat. Dry-brining involves salting the meat for at least an hour, at most two hours. The salt helps to break down the muscle proteins and to retain moisture.

Another method is parboiling. Before employing the cooking method you want to use, parboil rabbit meat first. Don’t do this if you’re boiling the meat, though.

How Long To Boil Rabbit

Timing can be tricky, but not for rabbit. The amount of time your rabbit should be boiled can be influenced by the type of meat it is. That is, if it’s farm-raised or wild, and if it’s young or old. Farm-raised or young rabbits aren’t usually boiled since they’re relatively more tender than their counterparts. They’re more suitable for roasting, grilling, and medium-rare cooking.

For a wild or old rabbit whose muscles are tough, boiling can take anywhere between an hour and 30 minutes to about 2 hours, if you’re not slow-cooking. If you’re not sure if you’ve boiled the meat long enough, measure the internal temperature. If it’s 160°F, you’re good to go. Also, the meat usually falls off the bones once it’s tender enough. 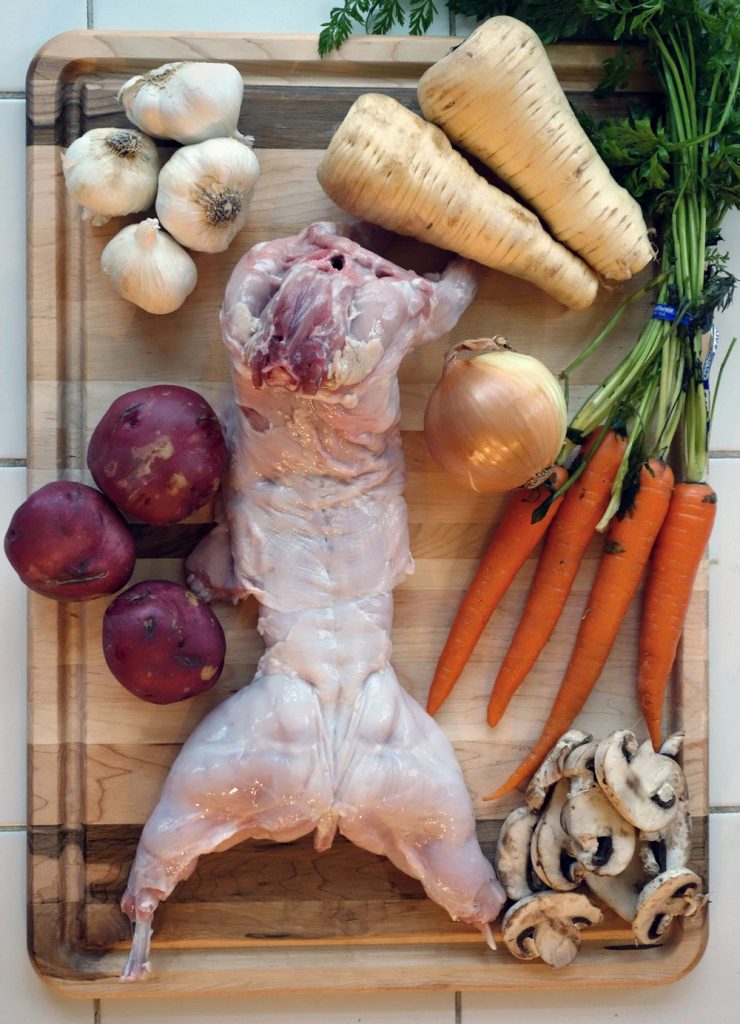 How To Boil A Rabbit

Before you boil a rabbit, you first need to purchase it. To purchase wild rabbit, try your local butcher or farmer’s market. It is usually sold whole after it has been skinned and gutted and sure, you can request for it to be jointed too.

Once jointed—that is, cut into smaller pieces—boiling becomes a lot easier. You can do the jointing yourself, too, the same way you’d do a chicken.

For starters, it is lean meat. Let me break it down just in case you don’t get it—boiled rabbit is super healthy. Lean meats are the healthiest type of meat. This is what your doctor, dietitian, and nutritionist want you to eat more of.

Why a bunny? Can’t it be some other meat?

It can, but we have very few sources of lean meat, so you’d better start eating any one of them you can get your hands on. 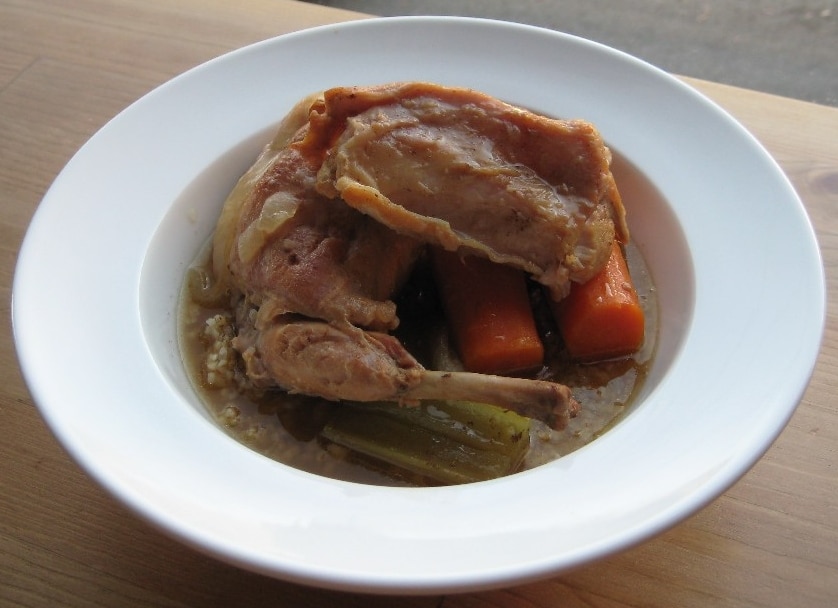 Boiled rabbit meat is also termed white meat, even though it might appear pink. To whiten your meat, soak it in cold water for about 3 hours. Sometimes, after cooking, the meat might still appear pink. You can consume it as long as the internal temperature is 160°F. Compared to other meats, boiled rabbit has the lowest fat content and calories per pound, as well as the highest protein content.

Rabbit meat is considered a healthy alternative, not just because it’s lean, but also because it is almost cholesterol-free. We already have enough foods pumping us with sufficient cholesterol, so if you want a break from those foods, try some rabbit meat. It’s low in sodium too and protein-rich. And let’s not forget its mouthwatering taste—heaven, or something close to it.

Boiled rabbit is a delicacy as long as you season it right and don’t use too much water. When sourcing your meat, only go for pink cuts that smell fresh. There are many amazing recipes for rabbit meat. Don’t stop here—braise, stew, roast, grill or even bake it into a pie. Happy cooking! 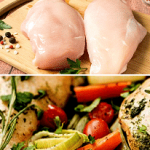 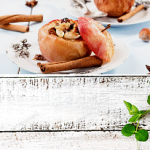