The delicious brioche crumble is one of few toasts which has earned the honor of being called tasty. If you haven’t heard of it, french toast brioche is one yummy toast that can be eaten and enjoyed even without toppings.

That’s not to say that there aren’t excellent topping ideas like the crumble for you to try. A brioche crumble is exactly what it sounds like—a topping that has the main ingredient crumbled (for example, a cornflakes crumble).

Brioche is a viennoiserie; that is, it’s baked from a yeast-leavened dough similar to the way a standard bread loaf is made, yet it has the qualities of a pastry. Its pastry qualities come as a result of the extra ingredients that are used in making it.

Ingredients such as egg and butter give the bread a richer, more buttery, and sweeter taste, along with a softer texture. So a brioche isn’t exactly a bread, nor is it a pastry. We call it a viennoiserie, though of course if your French accent isn’t up to par you wouldn’t be wrong to call it either bread or a pastry.

Brioche is considered the crème de la créme of bread by many, and yes, those who call it that say so for a reason. This bread is widely preferred for making old fashioned french toast with walnut crumble topping.

A brioche crumble can be eaten for breakfast, brunch, or for dessert (it’s sweet enough), and it’s a nice way to treat your guests or family. French toast with brioche bread is a highly nutritious meal that’s very filling. Getting the bread might not be so easy and you may have to bake the brioche yourself, but the good news is that it’s not so difficult. The finished product can take on different shapes, too: it can be folded into a roll, a bun, a ball with a braided top or a loaf. It could even take the shape of a cupcake if you use the right pan. 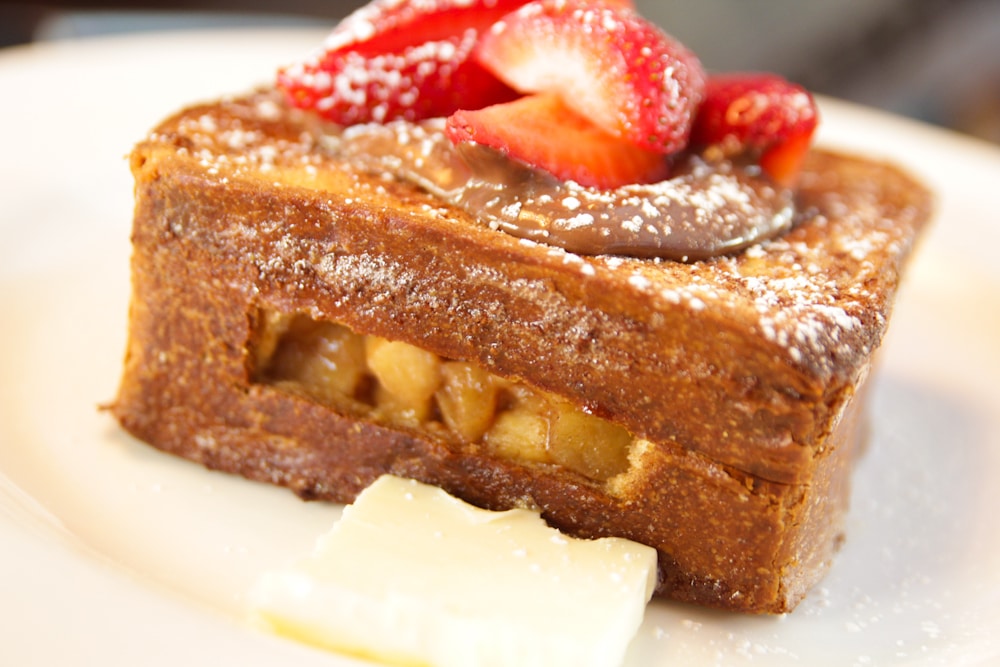 There’s no brioche crumble without the bread. If you’re interested in using any other type of bread, then it’s no longer a brioche crumble. Making this bread is fairly easy but it’s advisable you make it on a day when you know you’ll have time for the mixing, shaping, chilling, proofing, kneading and of course, the baking.

To make the work a lot easier, use a standalone mixer programmed for dough or a bread machine for the kneading. Shaping is not really a big deal here since we’re making a rectangular loaf, so a rectangular pan will do the job. 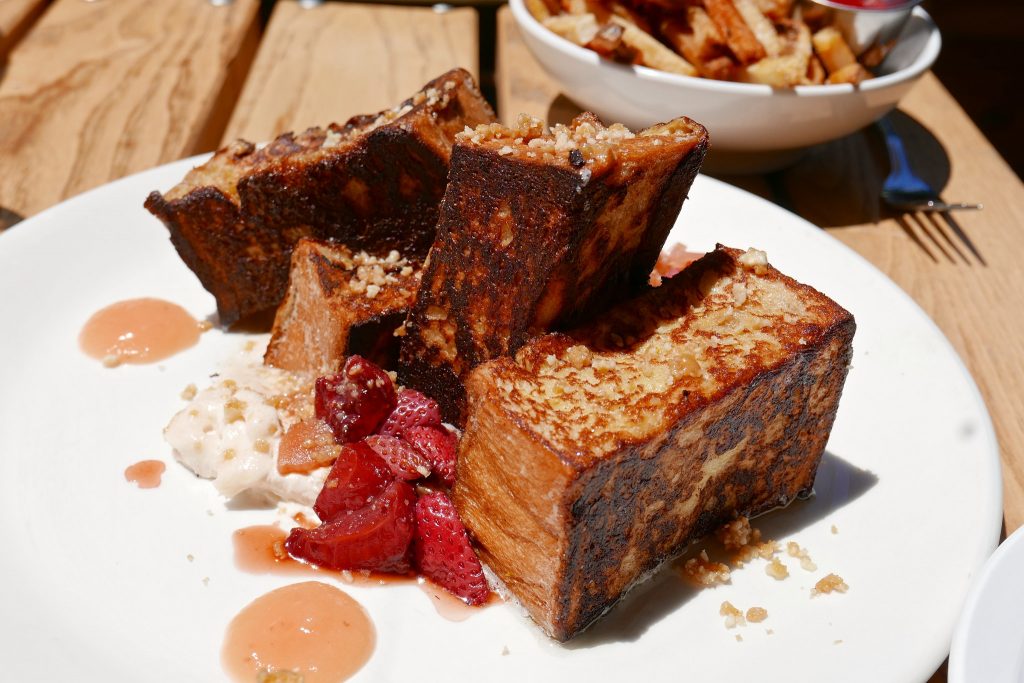 For your egg wash: 1 beaten egg with a tablespoon of cream is enough. Your egg wash is a glaze for the bread that gives a shining touch to your brioche’s golden brown color. You can also use milk as a substitute for cream.

For ease, use a standalone mixer to mix the ingredients together, excluding the optional ingredients. Allow the mixer work for 10 minutes on low speed or for as long as it takes to get a smooth and elastic dough.

Covering the bread with foil will prevent your brioche from burning in the oven. Allow it to cool in the pan for 10 minutes before transferring it to a wire rack.

Once the brioche cools, slice it into 1 to 2 inch thick slices and get ready to make walnut French toast.

The journey gets easier from here and in about 40 minutes, your meal will be ready. 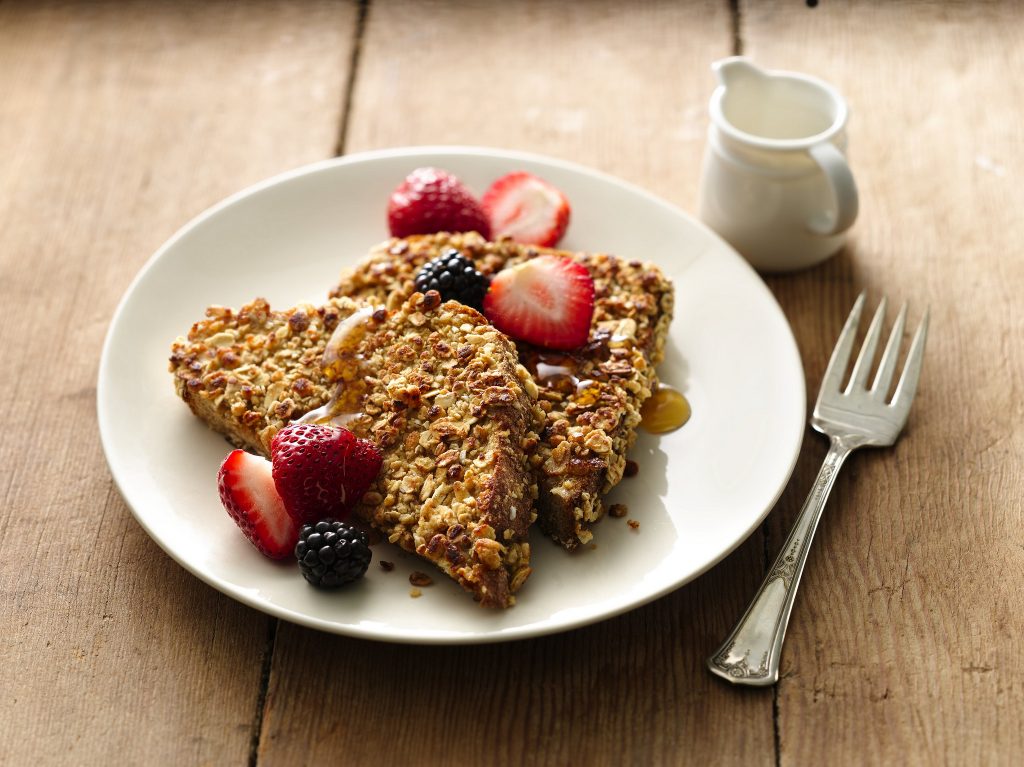 Finally! Your delicious walnut french toast is ready. This dish is really enjoyable and despite the work that goes into it, don’t be shocked if you find yourself making another batch all over again. Spicing things up with the brioche bread is also quite easy, and frankly, enjoyable. Of course, brioche crumble is super delicious, but that doesn’t mean it has to be walnut crumble all the time. Try out other crumbles!

Also, you could spice up the brioche itself.

Throw some blueberries into the dough so when fully baked and sliced, the bread will look awesome with the little blue spots. You can also literally spice it up with a little pumpkin filling.

The brioche crumble recipe also works well with apple crumble or cornflakes crumble. You should definitely try those too, but only after you’ve tried the walnut crumble topping.