The chef cuisinier or chef de cuisine is the chef in charge of the entire kitchen. That might not mean a lot in a small establishment where the chef de cuisine might be the owner or a location manager where he or she takes on a lot of different jobs.

But in a large restaurant or hotel where a sizeable kitchen staff is essential to prompt, tasty meal service, the chef cuisinier is likely to be over-seeing sous chefs, chefs de partie, taking care of the food ordering and, in some measure, also in charge of hiring and firing the kitchen staff.

What is a Chef de Cuisine? 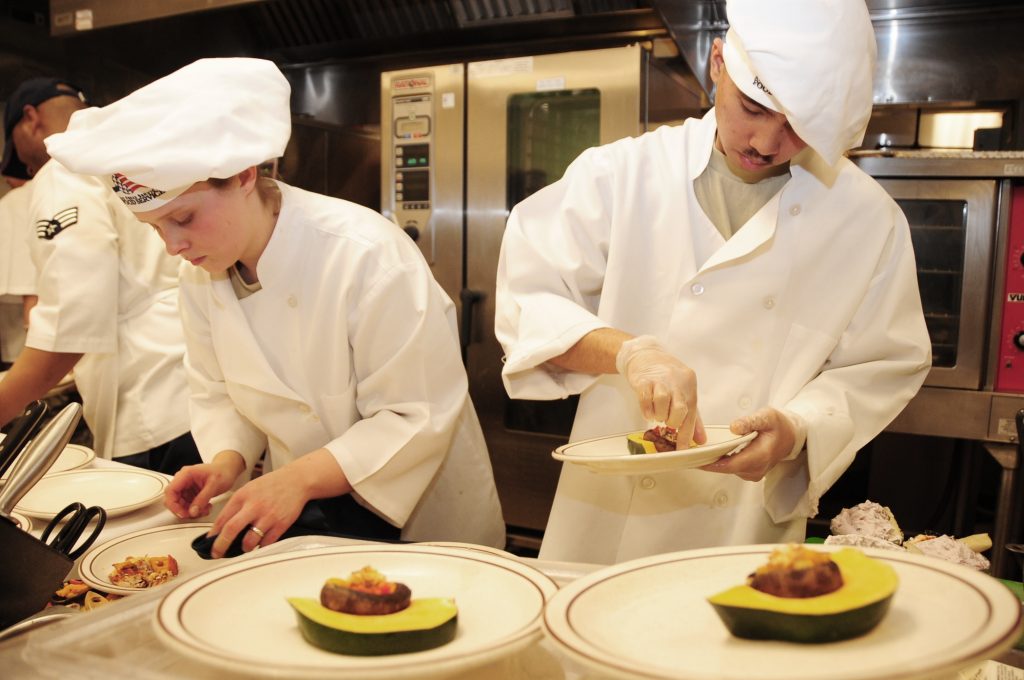 There are several paths to becoming a certified chef de cuisine. You can attend a community college that has a chef training course or go to a dedicated chef school. You can be part of an apprenticeship program, develop your skills through informal on-the-job training plus professional development, or you can gain training and experience through military service.

Each approach has its merits.

If your goal is to become a chef de cuisine, a good way to start is by taking a job in a food service business. Even working in a fast-food restaurant will give you an opportunity to see if being a chef is your life’s goal.

Life of a Chef 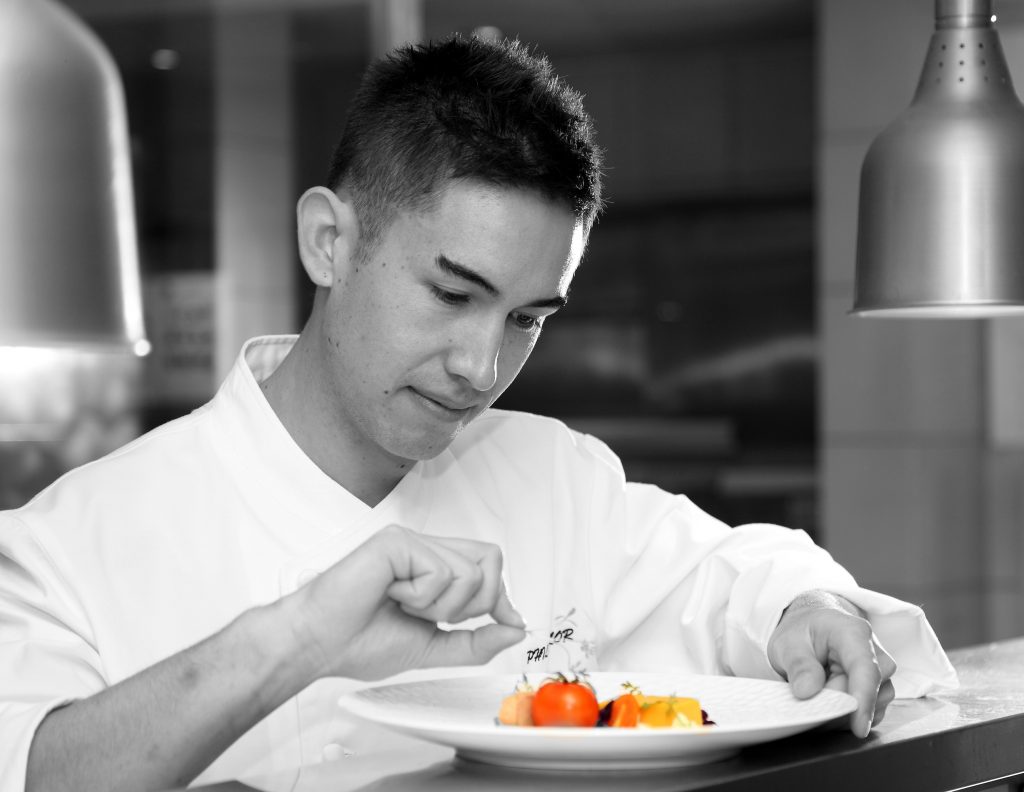 The life of a chef can be rewarding, but it isn’t easy. A chef de cuisine might easily be put in twelve-hour days as a routine work schedule. It could begin with overseeing morning food deliveries, checking inventory, and planning replacement orders. After a quick lunch, the afternoon is likely to be spent going over menus, planning seasonal or special changes.

He or she is also in charge of keeping an eye on sanitation and safety. Other types of planning might include scheduling staff, taking care of payroll, and perhaps, if he or she is lucky, a moment or two to experiment with ideas for new menu items. The evening hours are likely to be spent supervising staff and perhaps even doing some actual cooking. The latter is not too likely in a large kitchen.

The chef de cuisine is more likely to spend time checking with the sous chefs, and the chefs de partie (also known as line chef or station chef) to make sure that everything is going smoothly.

Duties of a Chef 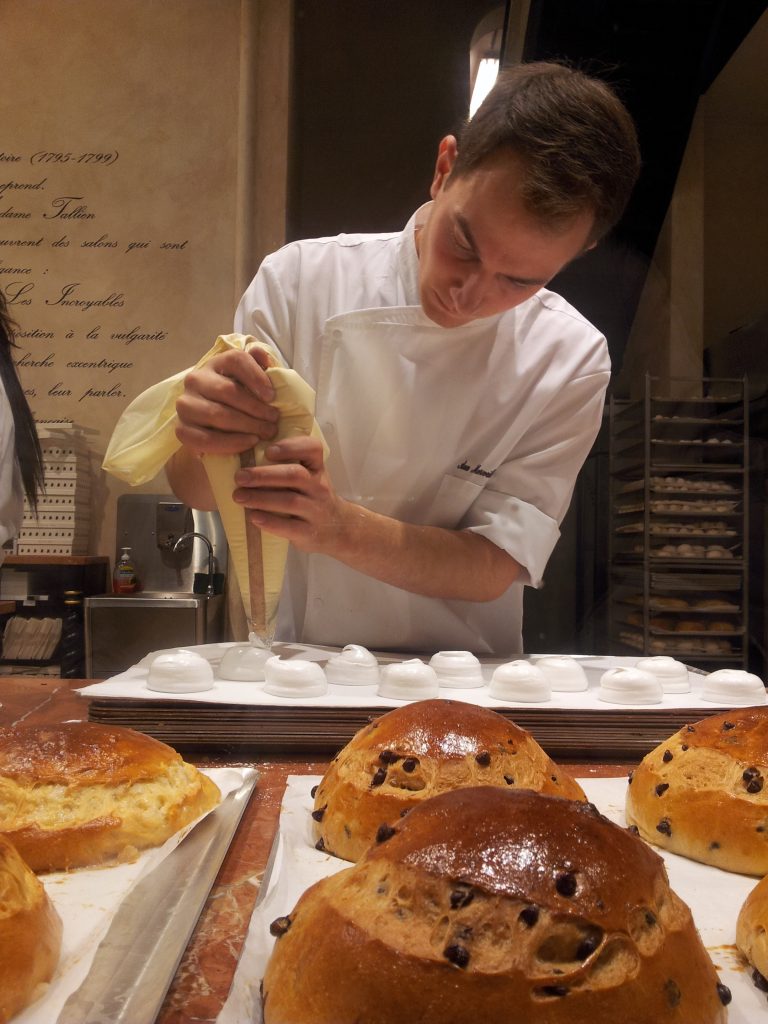 If you are beginning to get the idea that the duties of a chef are many and varied, you would certainly not be wrong. Furthermore, just to gain the title of chef, let alone chef de cuisine or executive chef requires many hours of work and study. For example, an apprenticeship program would require 1,000 hours of training plus paid work time in the field.

In formal study programs, such as those at two year or four-year colleges, much of the training is done hands-on, learning to prepare various foods. Training programs of all sorts are sponsored by various agencies, including industry association, culinary institutes, trade unions, and the military. Training programs in the United States are accredited by the American Culinary Federation.

Why So Much Training?

You might wonder why a chef would need so much training just to cook meals for people. The reason is that in order for a business to provide food for people there are many things to consider. First and supremely important is sanitation and proper food handling. No restaurant wants to be featured in the next news report featuring a food recall or an epidemic of food poisoning. Nor do they want to be written up for unsafe conditions.

Cooking exposes people to a potentially unsafe environment. It involves sharp knives and other sharp utensils, high heat, hot grease, possibly slippery floors and long hours standing and walking. A chef de cuisine is not only responsible for food preparation, but also for the safety of his brigade.

A chef de cuisine needs a solid grounding in business management, including good communication skills, personnel management, accounting practices and management of supplies. It isn’t enough to be able to bake the best bread in ten counties if you cannot account for the original and type of flour, how much it cost, how many man hours it takes to make the bread, and the safety of the people working with the bread. Now, extend that to meat, vegetables, salads, and even desserts, and you begin to see that being a head chef is a demanding job that requires excellent business skills.

A chef should know how to cook. 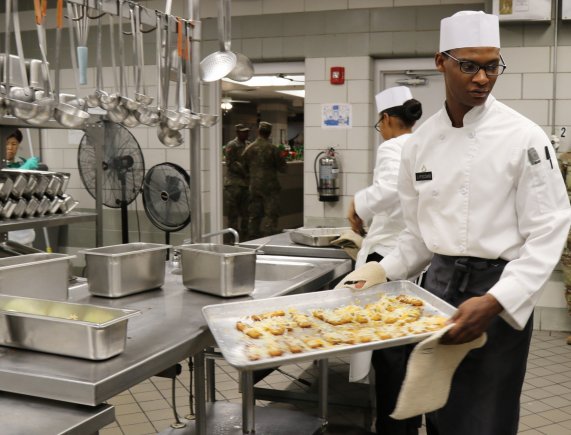 Coming up through the ranks from a lowly busboy, dishwasher, or server requires dedication, a love of good food and the skills to take basic ingredients and turn them into something delicious. More than that, he or she needs to know how to tell other people how to use their skills to cook delicious food.

More than just being able to cook, a superb chef will also be able to design food to create new dishes and will be able to present it beautifully. And he or she might have to do it on the fly while keeping up with the other thousands of little details that go with running a successful restaurant kitchen.

Even if you attend a formal training course, you are likely to have to work your way up through the ranks of cook staff before you reach the rank of chef de cuisine or executive chef. Thanks to the French, who take their cooking very seriously, there is a specific order to French chef titles. It is a very practical one, as well, a system that can keeps a large kitchen running smoothly under nearly any circumstance. Here are the titles, starting at the top.

Vegetables, soups, starches, and eggs are prepared at this station. 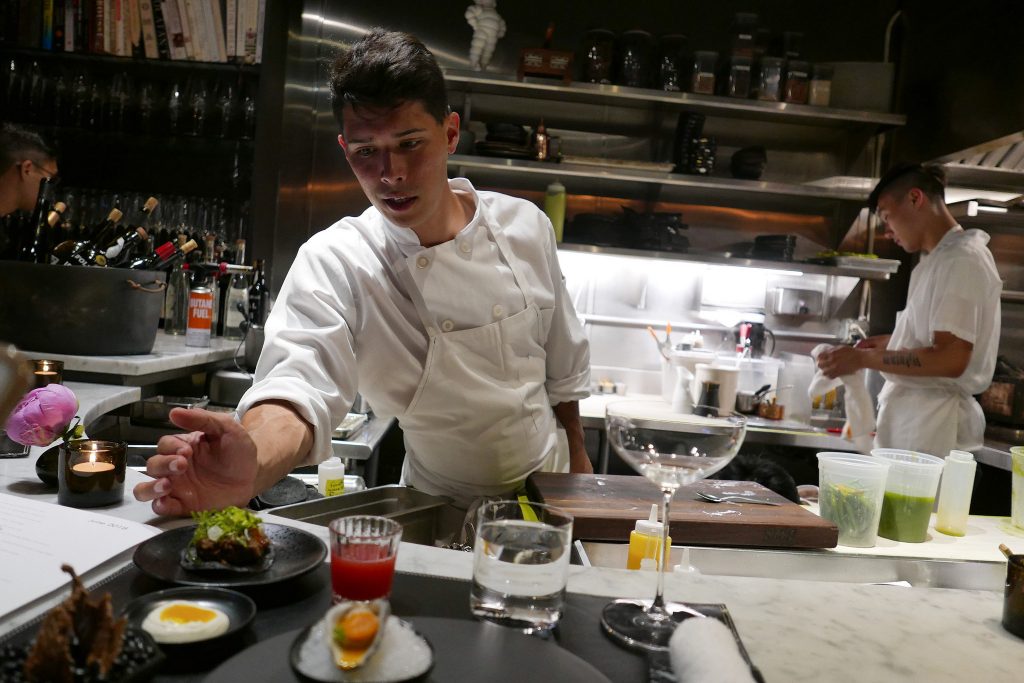 Taken together, they form the kitchen brigade, with the chef de cuisine at the head of it, orchestrating the symphony of cooking that should culminate in a superb meal or meals.

When considering chef de cuisine vs executive chef you need to consider that sometimes the two terms are used interchangeably. In smaller establishments, they might very well be the same person. This can lead to muddying the waters of understanding just a little bit. Therefore, let’s pretend that we are talking about a huge chain of restaurants with many locations. 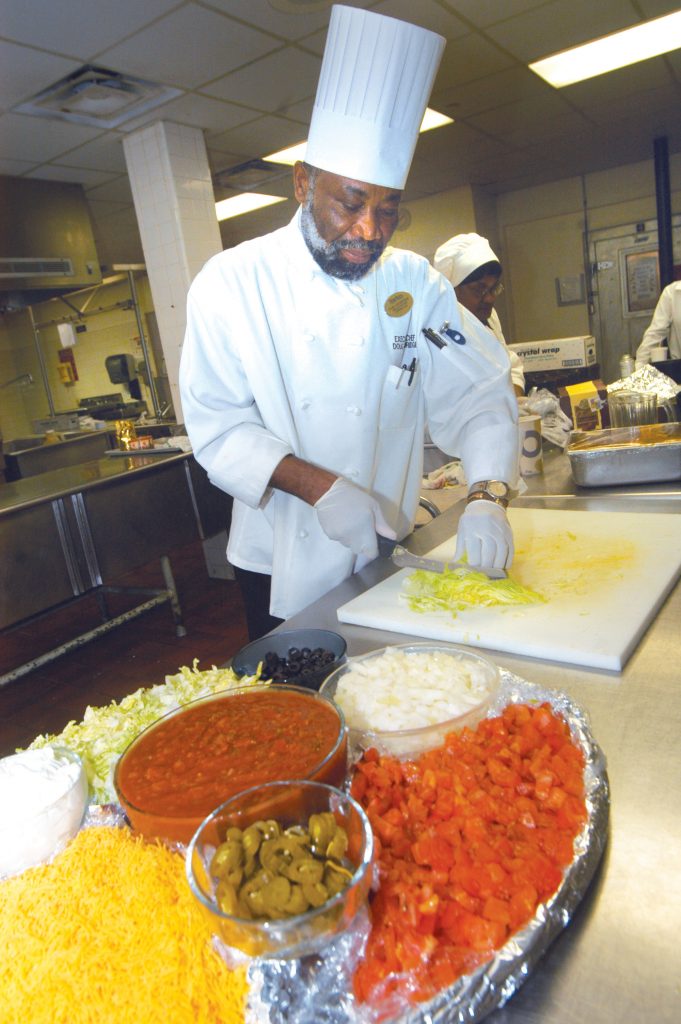 In a large cooking establishment, the executive chef might not touch a pot from one year’s end to the next. He would, however, be in charge of keeping in touch with the many chefs de cuisine at the various branches of the business. He would need to keep his finger on the pulse of the overall business and also on the relative health of the business at each location.

He might negotiate large-scale purchasing of bulk supplies, oversee the big-picture budget and keep an eye on the profit and loss margins of the individual locations as well as that of the overall business. If his or her duties slowed down enough, he or she might find time to design some special dish for one or more locations to test for popularity.

The executive chef would probably work closely with the publicity department and be the spokesperson for new foods or the established menu.

Your Life as a Chef

If you love food and cooking good food, then you might want to become a chef. If so, what would your life look like? The answer could be varied. 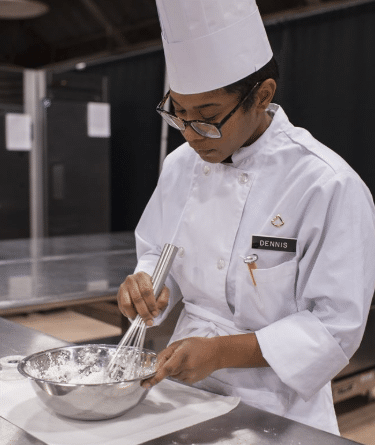 The median income, in May of 2012, for a chef was around $42,480. That means that about half the chefs employed in the U.S. made more than that, and about half made less. The top ten percent could earn more than $74,000 per year, while in less fortunate areas a chef/cook could earn as little as $24,000.

The best paying jobs are in large metropolitan areas where there are large chains of restaurants and hotels, but you could achieve satisfaction in a small-town environment where the cost of living might be less. In this, the choices for employment are much the same as for other professional work.

You could expect to be very busy. Whether you are overseeing a large restaurant kitchen in a metropolis or catering to truckers in a restaurant located at a wide spot in a highway, kitchens are busy places. While each one will have its own rhythms, you can anticipate some parts of the day being too frenetic to breathe, while other times could slow down to the point that you are glad to help the kitchen porter and the dishwasher clean up the walk-in pantry since the alternative might be watching the changes in the sky. As with many service industries, activity tends to be feast or famine.

What to Wear to Work

Kitchens can be dangerous places. They incorporate hot grease, grinding devices, sharp knives, excessive heat and sometimes excessive cold with a variable and unpredictable pace. You want to dress for success, and that begins with a good pair of non-skid, safety shoes that will help you stay on your feet even is the floor is wet or there is a grease spill.

You will want clothing that breathes. 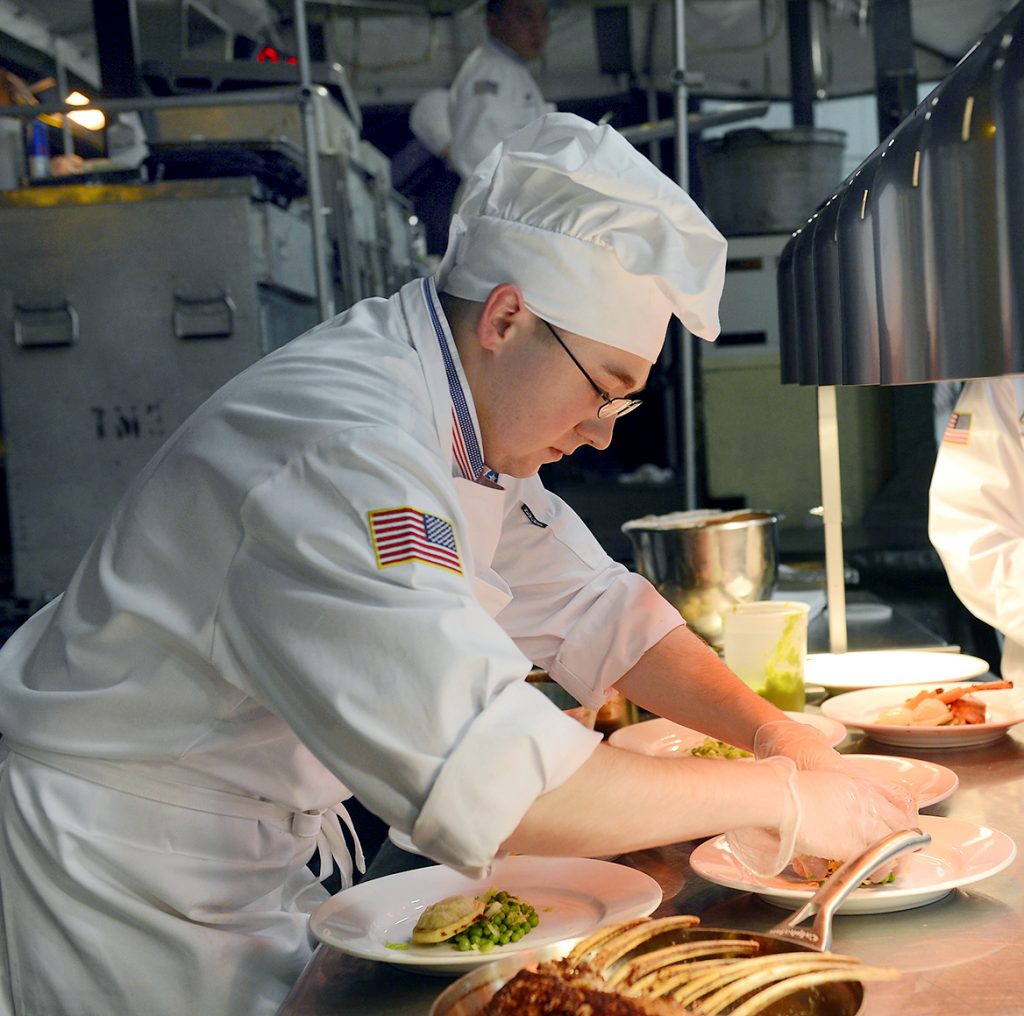 Cotton is a good choice for working in a kitchen. It allows air to flow, does a good job wicking moisture, yet is dense enough to provide some protection from popping grease. An apron made of heavier material can help protect you and the rest of your clothing.

You’ll need to keep your hair out of the food and out of the machinery, so you’ll want a hat or a hair net – or both. Chef headgear ranges from a kerchief or head wrap to a toque, the tall chef’s hat so often seen in cartoons. In between are baseball caps, beanies, military caps, and drivers’ caps.

Your place of work might have specific uniforms that workers are expected to wear that might indicate rank, or you might be able to wing it. The department of health, however, is pretty adamant about keeping hair out of the food.

Safety, comfort, and practicality are going to be your main needs in the kitchen. Chef de Cuisine, Erin Clarke, of Casa Luca, says she wears comfortable clothes to work, then changes into her working uniform. She keeps tailored jeans and a jacket in her office closet, just in case she needs to look extra professional.

If You Decide to be a Chef de Cuisine

If you decide to become a chef de cuisine, you can look forward to some years of work and study before getting promoted into the position. You can anticipate earning a living, and possibly making very good money as a chef. You are stepping into a role that requires knowledge of food and the food industry, good communication skills, excellent business management skills, and an artist’s way with food and drink. It is a noble calling. 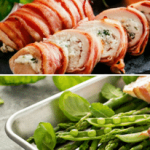 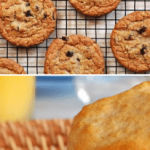