Homemade corn nuggets are a Southern necessity. Although known worldwide, corn nuggets are closest to southerner’s hearts. Being from the South and settling in the North made my palette very wide.

Corn nuggets are on top of my food list. They never cease to amaze me simply because I grew up on an old Native American reservation, and they say Native Americans were the first to make corn nuggets.

What Are Corn Nuggets?

Corn nuggets taste like little fried corn. Whether you call them nuggets or fritters, they are totally delicious. When talking about corn, do you think about the corn on the cob, whole corn, or creamed corn? I think of a delicious ball of corn with breading and seasonings.

They are believed to have first been made by the Native Americans; this is due to their abundance of corn. Similar are the Southern Corn Fritters, except corn nuggets are Pennsylvania Dutch dishes. They are deep-fried and often paired with your favorite hot sauce.

The sweet corn nuggets are a great variation. Using sweet corn instead of other types of corn adds a slight sweetness to the mix. When my family makes sweet corn nuggets, they use a recipe that was passed down from my great Mawmaw. This variation of fried corn nuggets doesn’t use any cornmeal, which makes it a lighter nugget. Below is the recipe. 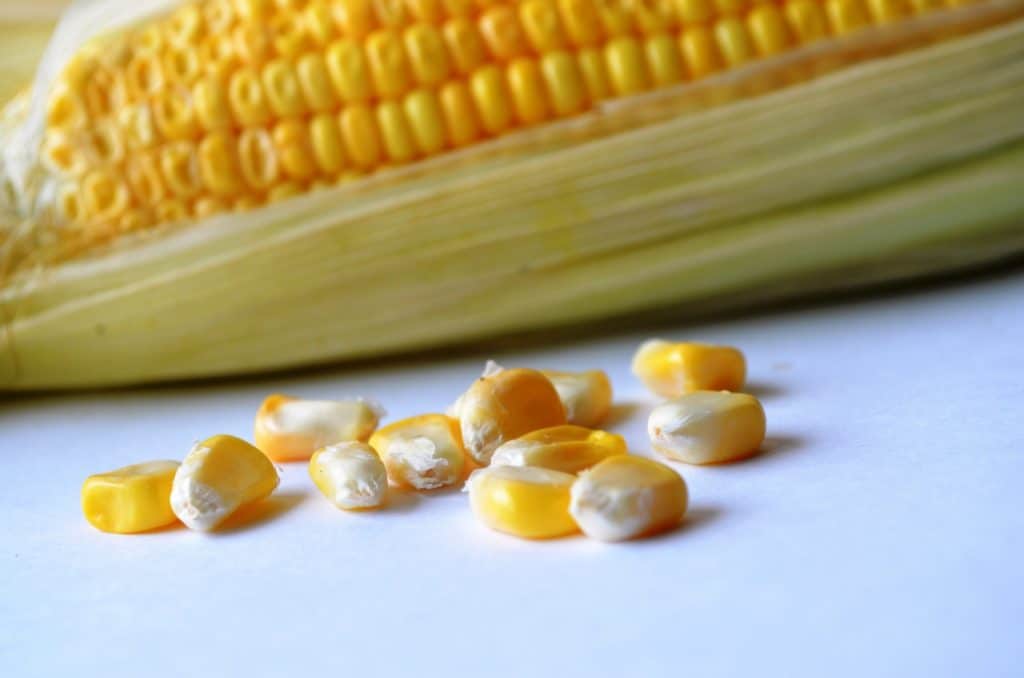 Pair with your favorite sauce and enjoy!

Some people don’t have the sweet tooth my family does. So sweet corn nuggets aren’t the top choice for everyone. My family personally ate a lot of sweet corn because it was the easiest for us to grow where I grew up.

Another version of corn nugget we make is Texas corn nuggets. It is a nice change compared to my family’s sweet corn nuggets. Due to the way they are prepared, they involve more breading, which gives a different texture and taste. 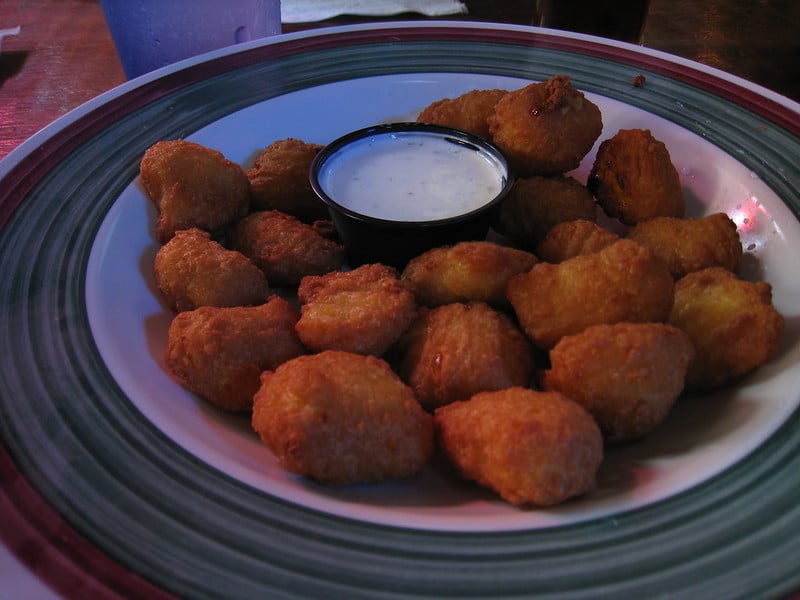 I think of these more as a breaded cornball. Instead of mixing in all the fixins, you dip the corn balls in the breading before the fryer. If you enjoy breaded food, this is the way to go. Here’s a recipe for Texas corn nuggets. 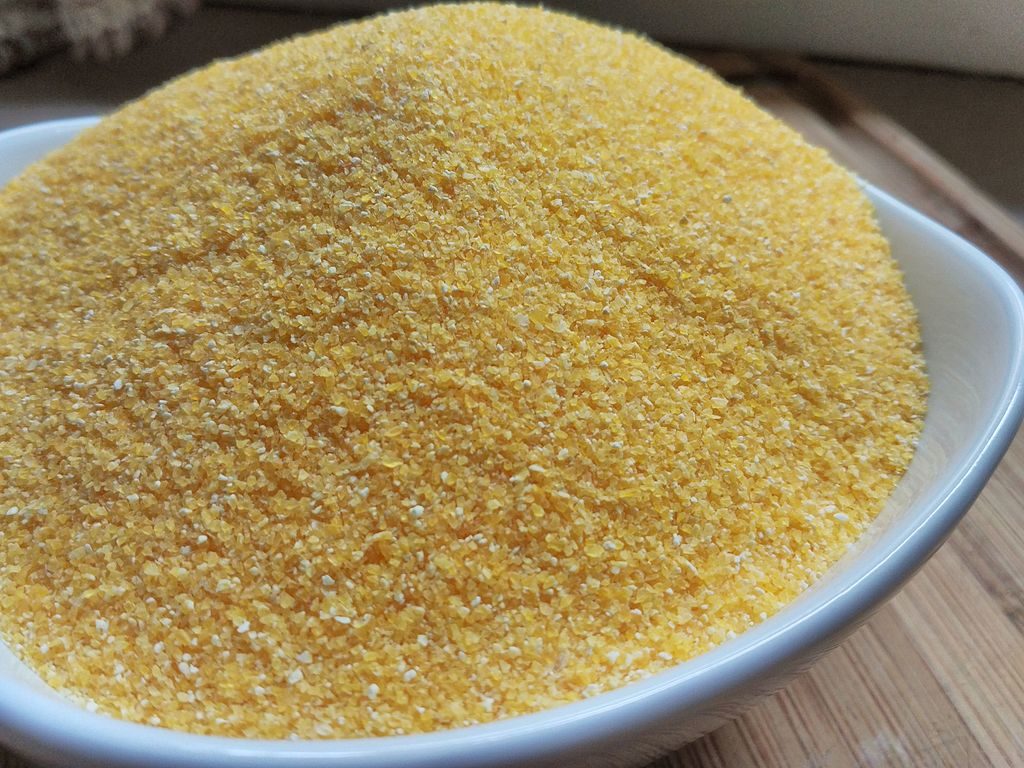 Round ’em up and put those taste buds back in the saddle. These kickin’ corn nuggets will give you a run for your money. These fried corn nuggets are another delicious variation you can add to your list. They have the natural taste of corn in the middle, with the perfectly seasoned and dense taste of corn breading on the outside. You can’t go wrong!

Don’t Turn Down That Oil Just Yet!

We can’t just stop here. Like bread, there are so many different tastes and textures. You can’t stop until you’ve tried them all. The most significant difference in the two recipes above and the one I’m about to show you is the use of whole corn. Both the Texas Corn Nuggets, and the sweet corn nuggets use whole corn. This recipe doesn’t call for any. 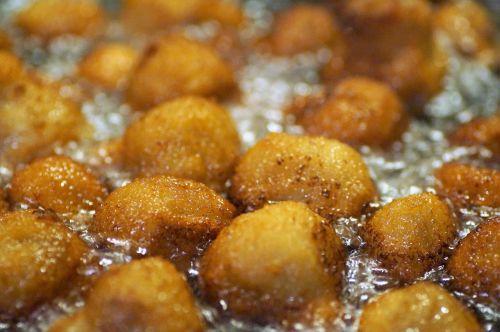 Much like the beloved Southern hush puppies, this recipe has a smoother texture. Instead of being made with leftover cornbread batter, this batter is made only as corn nuggets are — guess why it’s called Grandma’s cheesy creamed corn nuggets. That’s right, you aren’t reading wrong. Who doesn’t love cheesy corn nuggets with a hint of spice? It is made with jalapeño and cheese, and this recipe is sure to knock your socks off. 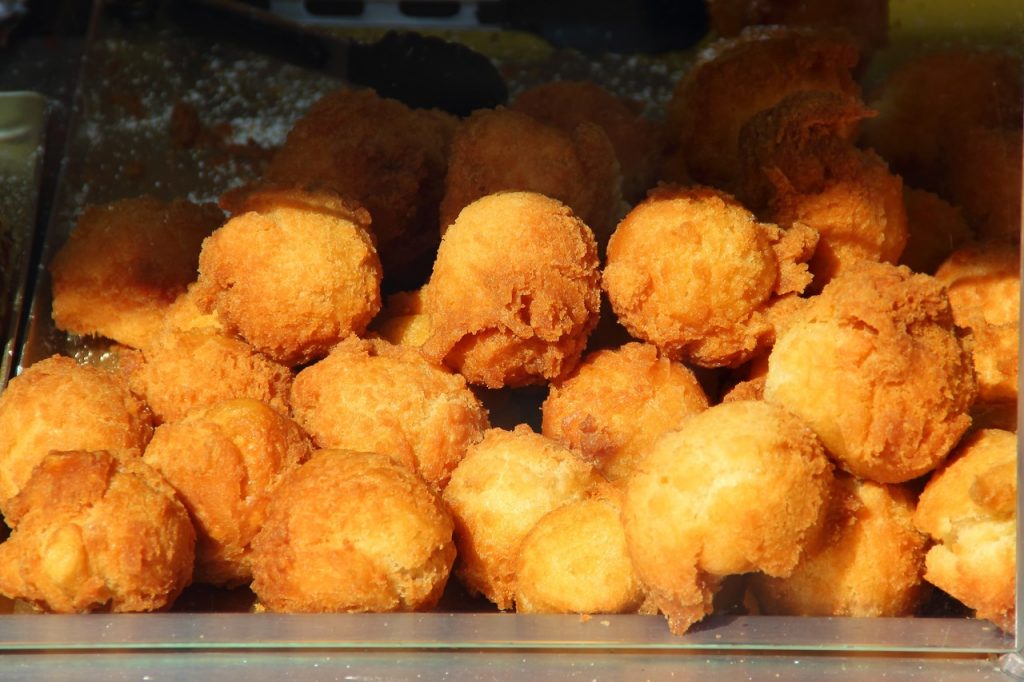 Wow, right?! The perfect recipe for when you want a texture of corn without being overpowering. When I want something slightly cheesy with a bite of spice, my grandma has always been the queen of heat. I swear she eats, drinks, and breathes peppers. Her original recipe called for more peppers. I toned it down so my son can eat them.

Personally, these cheesy creamed corn nuggets are the perfect approach for an appetizer! I see many other corn nuggets recipes pigeonhole them as a side dish. Don’t get me wrong, they are still delicious as a side.

But these corn nuggets have the extra punch I look for in an appetizer. It may sound evil, but I want my guests to indulge in so much of my appetizer they can’t even think about the main course. Something to bring them back the next week. I don’t sit and think too long or hard about a side dish. I think about my all-stars, the things that make an impression. These corn nuggets are a star, with a definite attitude!

Something A Little Different

I always say if corn fritters and a corn nugget had a baby, it would be a corn bite. It again is on the cheesy side. This cheese isn’t your everyday cheese. The cheese we use in the next recipe is grated cotija cheese. Yum! This dish is for all my Mexican cuisine lovers.

Like I said, different huh?! Different isn’t always a bad thing. It is a unique recipe and isn’t like the battered corn nuggets. It takes the breading and ingredients of a corn nugget but keeps the shape and texture of a corn fritter. Just like the rest of these recipes, you can’t go wrong.

Corn bites are a great side to any meal and are great by themselves, however they would taste even better with the right sauce to pair them with. My family is a bunch of dunkers. We always have to dunk our food in something. No exaggeration. 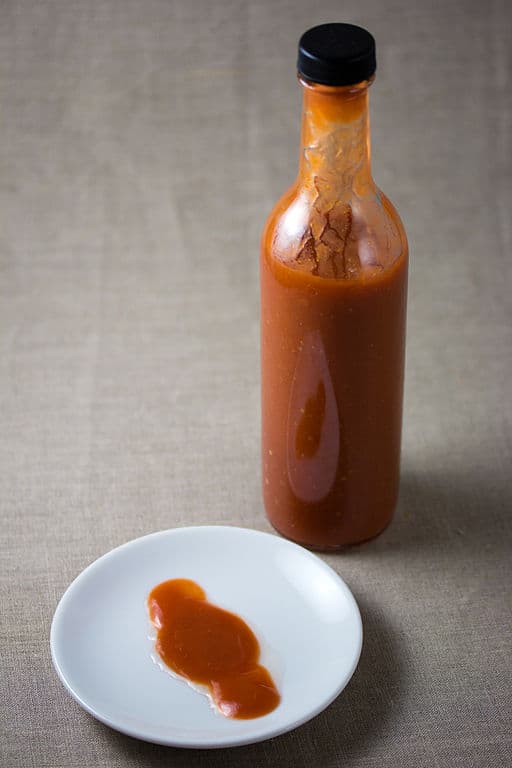 In a small bowl, combine all ingredients and mix until evenly distributed. Grab as many sauce cups as people and fill. Place on the table when corn nuggets are prepared to eat and enjoy!

This sauce recipe will complement any corn nugget you throw at it. The spice and the corn will marry in your mouth for a taste you can’t get enough of. Once your addicted don’t blame me; I warned you! The sauce has a significant role to play. A nasty sauce can bring down the whole nugget.

My family may enjoy spice and puts it on everything. But there are plenty of sauces that pair beautifully with corn nuggets that aren’t going to knock you into next week. Try my simple yahoo sauce if spice isn’t your thing.

In a bowl, add all ingredients and mix well. Grab dipping cups and fill according to the number of individuals eating. Hand out when it’s time for your corn nuggets. Keep note that there is hot sauce in the recipe to bring out the sweetness, nothing more. You will taste little to no hot sauce.

So, whether you like spicy or sweet, there’s always a sauce that will pair perfectly with your corn nuggets.

This soul food is for anyone who likes to eat. I mean, who doesn’t enjoy taking a healthy vegetable your mom always forced you to eat and turning it into a fried ball of goodness. In addition to broccoli topped with lots of cheese, corn nuggets are a vegetable you don’t have to force your kid to choke down.

The perfect stress-free decision if you ask me. Mothers, fathers, sisters, brothers. There’s never a fight when it comes to eating corn nuggets, except for who gets the last one. We may never know who invented the corn nugget. I have heard it’s a Pennsylvania Dutch food and birthed by Native Americans.  All I know is, whoever deserves the credit, thank you.

Maybe now when you think of corn, you too will think of a deep-fried ball of goodness — dipped in only the best of sauces. Just like I said, corn nugget is the best type of fried food! 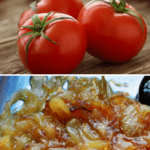 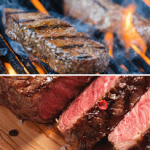