I am a huge fan of Cracker Barrel French toast; it’s a long-standing tradition in our family to have French toast at Cracker Barrel on the occasional Sunday, when the week’s been long and making a full-on breakfast just feels like too much of a hassle.

Between me and my kids, the Cracker Barrel French toast is our preferred breakfast. Restaurant meals can start to add up, though, and eventually I couldn’t ignore the fact that they were putting a strain on my expenses. Moreover, you tend to get tired of the same place over and over again.

French toast itself, though associated with France, has its origins in Rome. In times when the chef needed ingenuity to fill a dining table, someone took what they had, which happened to be eggs, milk and stale white bread and thought, “what can be done with this?” They found that stale bread can be made moist again when soaked in the mixture of egg and milk, then fried.

Obviously, when we eat French toast today, it’s usually made with fresh bread like wheat bread, sourdough bread etc. but this is just the history. The important thing to know is that the general recipe has remained the same all these years.

French toast is a signature Cracker Barrel recipe that the company has perfected over many years.  Cracker Barrel had various dishes from the start, when it was founded by David Evins, a sales representative for Shell Oil in 1969. His initial concept was to develop a restaurant and gift store to improve the sale of gasoline by attracting highway travelers.

The very first restaurant he built was close to interstate 40, in Lebanon, Tennessee. It opened in September 1969 and it served mostly southern cuisine Cracker Barrel dishes like country ham, grits and turnip greens.

Evins later went on to incorporate the Cracker Barrel company in February 1970 and also build more restaurants. In the early 1970s, land on gas station sites close to the interstate highways were leased to the firm to build even more restaurants, and these restaurants all had gas pumps on-site.

In the late 1970s, the firm started to build restaurants without pumps as a result of gasoline shortage at the time. The number of gas pumps on-site continued to decrease throughout the early 1980s and were eventually phased out altogether as the company focused mainly on its restaurant and gift sales revenues.

In 1981, Cracker Barrel became a publicly-traded company to raise enough funds for further expansion. Founder David Evins died of bladder cancer on the 17th of January 2012, leaving behind a chain of restaurants that continue to serve up delicious Cracker Barrel dishes (their famous French toast included) today.

Will it be the same as your intended flavor? Maybe or maybe not! 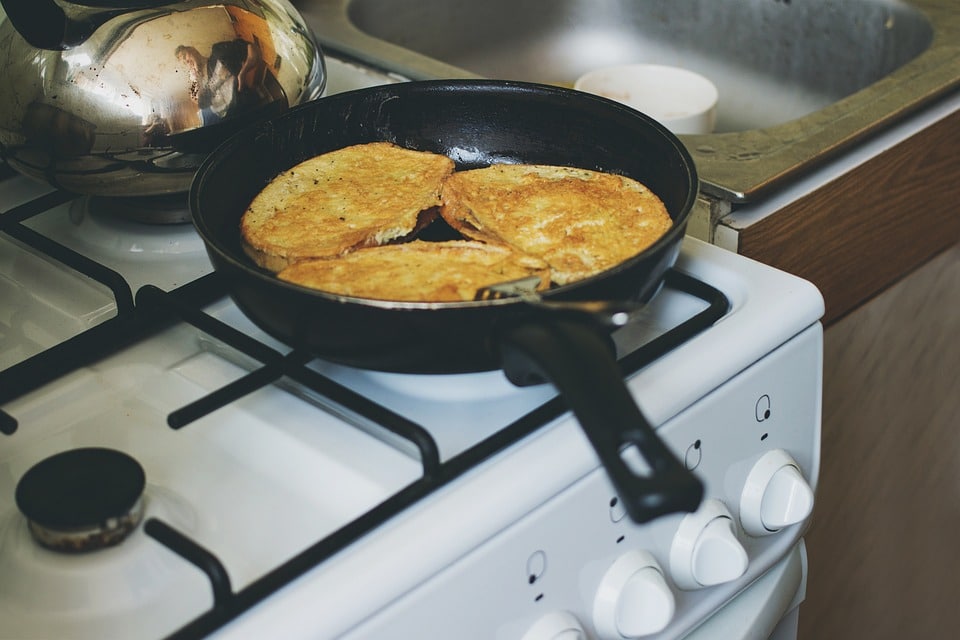 One thing I know for sure is that if you take out time to learn how to make homemade Cracker Barrel French toast, you will be surprised at how much you will enjoy it and at the amount of money you will save from not eating out.

Normally when I make the French toast I basically use any available bread I have in the house, add some cinnamon to a mixture of egg and milk, drape it on the bread and fry away. On most occasions, it turns fine, but there’s always this feeling deep down in my heart like I forgot something, or like there’s something missing.

It took some time to figure this out but I eventually did; I discovered that what was missing was a specific kind of bread. While I was using any old bread for my French toast, the Cracker Barrel specifically does French toast made with sourdough bread and that is what basically makes it stand out among other French toast recipes.

Also, the hearty crumb of the bread prevents the finished toast from becoming too soggy. Sourdough really does make all the difference.

The copycat recipe I’m about to show you is that pretty easy; anyone can do it. Not only that, but it is flexible and extremely open to customization. Pair it with some scrambled eggs and turkey bacon, and you’ve got a heck of a breakfast.

Ingredients required for making the French toast recipe are usually not difficult to find as you can get them in almost any grocery store. They include the following;

Making the Cracker Barrel French toast is quite easy. It usually doesn’t take a lot of time; 10-15 minutes and you’re done!

Note: there’s also the southern style French toast recipe which is similar in ingredient and preparation except for the fact that a mixture of flour and baking powder is added to the mixture of eggs and milk to form a smooth paste-like mixture which is later used to coat the slice of sourdough bread.

You can also make your French toast crunchy by pressing gently to the already-soaked bread crushed corn flakes. Mmmmm!

How Nutritious is the Cracker Barrel French toast? 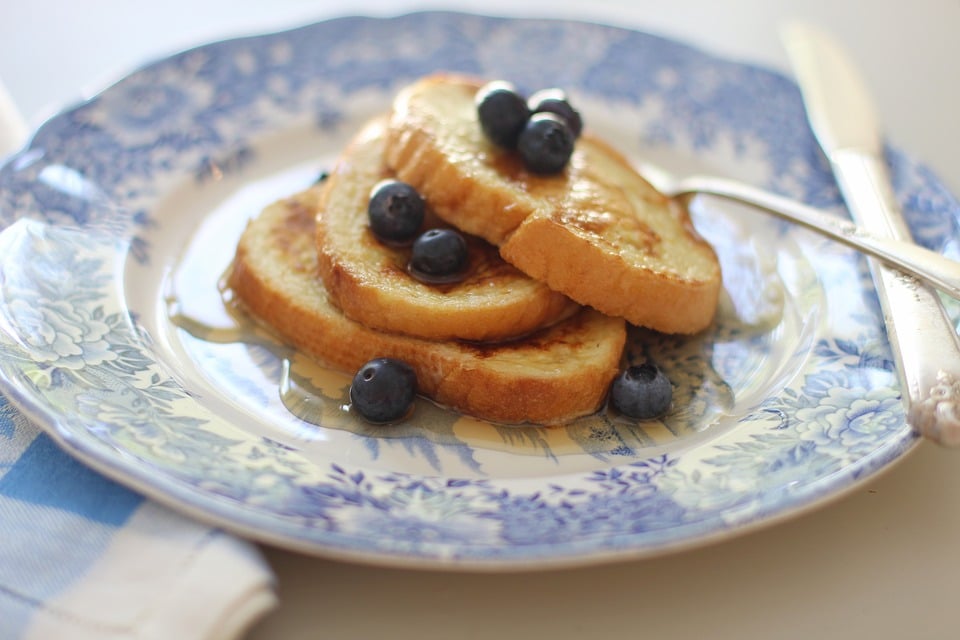 The nutrient content of the popular Cracker Barrel French toast can be a problem for some. Though it has a number of negative aspects, the recipe can be modified to be made more healthy. Also, do not forget that fat in itself is not bad, it should just be taken in moderation.

One slice of the Cracker Barrel French toast contains at least five grams of total fat and one gram of saturated fat. These two amount to six percent of the values of the daily fat based on a 2000-calorie diet. This fat comes from the egg and milk mixture made during the preparation of the French toast.

When making yours, you can use egg whites, egg substitute and low-fat milk as alternatives to keep the fat levels down. Adding butter while cooking and draping it on top of the toast also increases its fat content to an extra eleven grams of fat, seven of which are saturated. 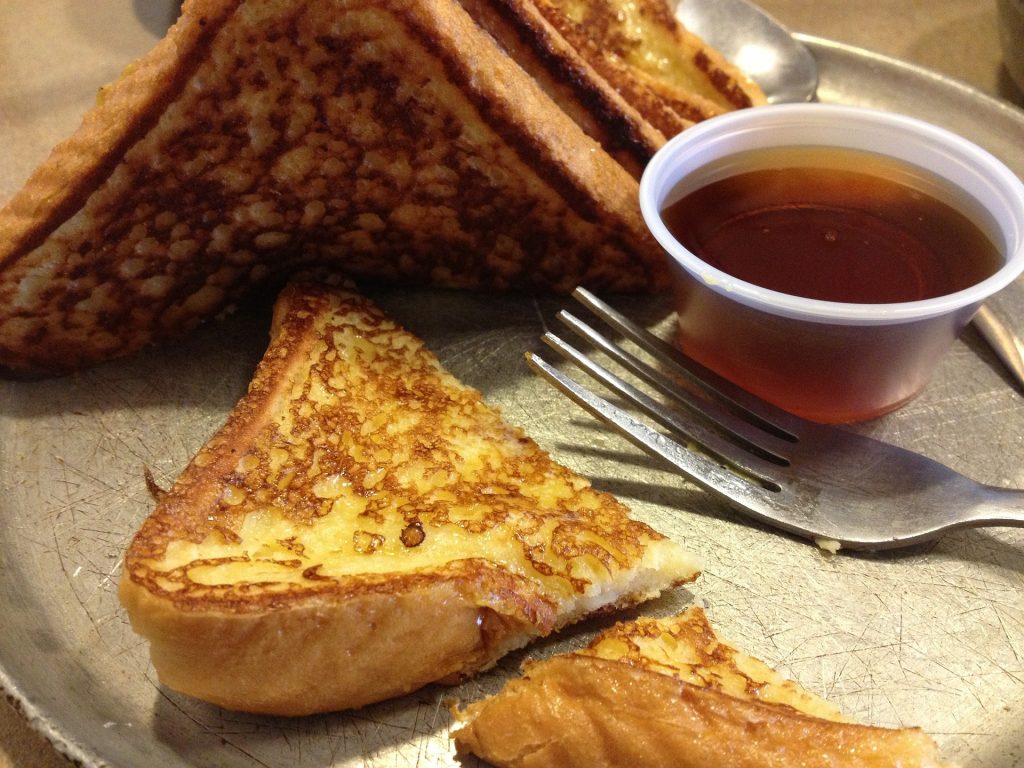 Bread, milk and egg contain an average amount of sodium, so those watching their salt need not worry. A slice of this French toast contains 290 milligrams. The recommended daily intake of sodium is 2,300 milligrams, while for those with high blood pressure it is 1,500.

Eggs and milk are known to have very high levels of B vitamins, which play major roles in the breakdown of protein, carbs and fat to produce energy. Fortunately for us, the sourdough bread of the Cracker Barrel toast is fully enriched with them.

The Cracker Barrel French toast recipe has become my favorite recipe for making French toast. I can see it being a family tradition for many years to come.