It’s almost Thanksgiving, and for me that means one thing above all else, one dish on the table more golden and more savory than all the rest: mashed potatoes with curry.

Last Thanksgiving, I was about to make traditional mashed potatoes, and I thought, “how can I make this better?” I wanted to do something entirely different from what I was used to and impress the family with something new.

First of all, there isn’t much you can do to improve mashed potatoes. They’re just so good on their own. But I sat down and racked my brain for ideas, like making the mashed potato cheesy; I also had the idea to add some bacon, but after enough time I realized I had a taste for something in particular: I wanted something spicy. Like a bright light at the end of a dark tunnel, it occurred to me to add some spicy curry powder.

Inspiration struck, and I wasted no time in jumping on the internet to find out if this was actually possible. It wasn’t long before I found a bunch of easy ways to make this dish. In no time at all I had it prepared; curry mashed potatoes became my new favorite side dish and proved to be quite the sleeper hit on the Thanksgiving dinner table.

Enough with the stories; let’s get into the recipe as well as some interesting tips for making the best mashed potatoes with curry.

What are Curry Mashed Potatoes? Let’s find out!

Curry mashed potato, otherwise known as curried potatoes, is a dish prepared by boiling peeled or skinned potatoes and mashing them, adding milk and butter and whipping continuously, then adding curry powder (with nice ingredients like ginger and pepper) or curry sauce.

This dish serves as a great side dish to either meat or vegetables. 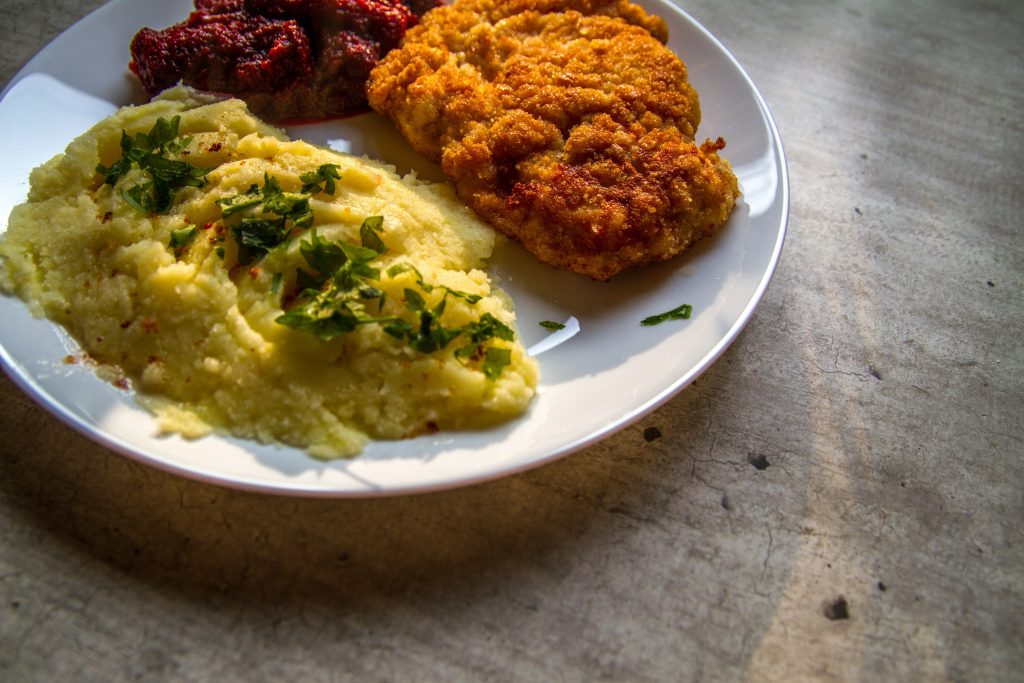 I’ll bet you didn’t know that mashed potato recipes became popular around the year 1747. A versatile dish, they can be used as an intermediary ingredient for dishes such as dumplings and gnocchi. Potatoes may be baked or boiled depending on how you like them or what you intend to use them for, and you can also add dairy or seasoning according to your preferences.

As for which curry powder to use, you can either choose to make your own homemade curry using ingredients like turmeric and coriander, or you can simply buy some curry powder at the grocery store.

Although I am a novice when it comes to the use of curries, one thing I am certain of is that curry spices vary from region to region. My recipe is based on the Jamaican curry as it contains allspice, and I prefer it to Indian curry because it’s a little bit spicier.

It’s also great to know how to use madras curry powder in combination with other spices and ingredients like jalapeno and fresh ginger; when added to mashed potatoes, this mix produces the perfect side dish for a Thanksgiving meal.

Who was the first person to think up this brilliant idea? Try as you might, it is impossible to find out precisely where curry with mashed potatoes started. The most important thing, though, is that they are absolutely delicious!

This is why it’s imperative you don’t ruin them. Let’s take a look at some mistakes you should avoid while making your mashed potatoes.

Mistakes to avoid while making your mashed potatoes with curry

Avoid using waxy potatoes, most especially the white or red varieties, as these potatoes require more mashing to become creamy. This could lead to gluey potato paste which is just as bad as it sounds. Instead, use high starch potatoes like russets which allow for fluffy and smooth mash potatoes in addition to a full, sumptuous flavor. 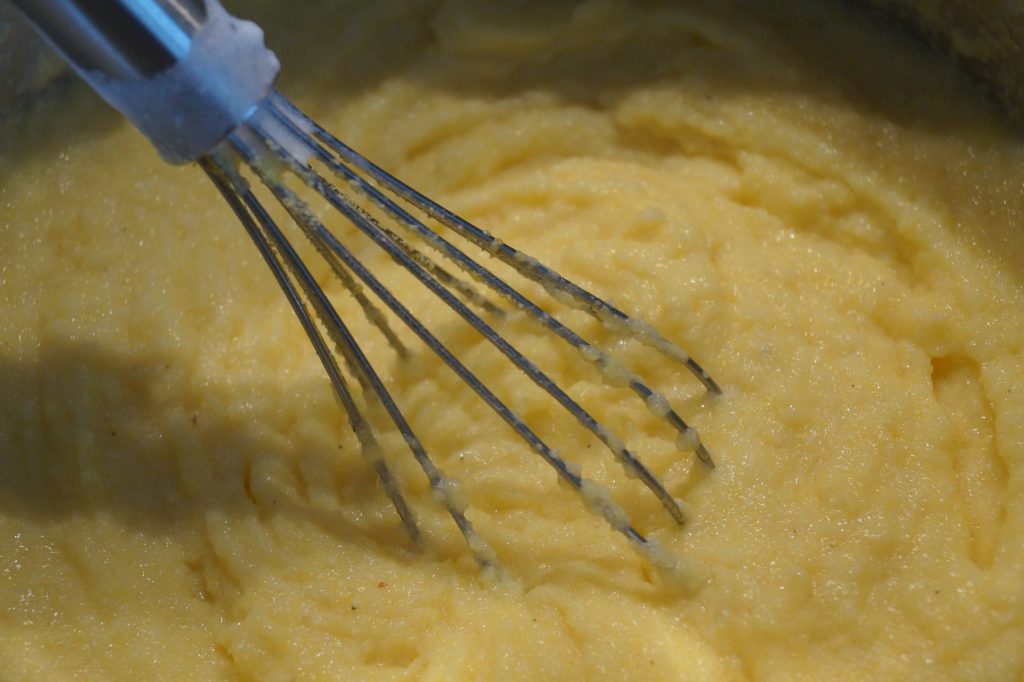 Avoid salting the water when cooking the potato. The starch in potatoes swells and absorbs water, so if you add salt at the start, the potatoes might become too salty before you even have a chance to work with the other ingredients!

Avoid mashing your potatoes vigorously; set the food processor onto a gentle setting and refrain from mashing them for too long, as you don’t want the potato to release more starch than necessary. Too much makes the potato gluey and less appetizing. Don’t overwork the potatoes; be less aggressive with mashing and they will, in turn, become as light and fluffy as you would like them to be.

People normally prefer to prepare their food ahead of time, especially when there’s lots of food involved. They tend to preserve by refrigerating. Personally, I like a good dinner to be as fresh as possible, and this is especially true with mashed potatoes. I would advise that you do not store potatoes in freezer overnight; I’m sure you already know how it would taste the next day.

After thorough research, I was able to draw out an almost-perfect curry mashed recipe which is not too difficult to prepare. To prepare this recipe you will need the following curry mashed potatoes ingredients:

First, peel the potato and cut them into chunks of different sizes. Place in a large bowl of water and wash gently, transfer them to your instant pot and add water with a pinch of salt. Set for high pressure for about 8-10 minutes and steam.

You will know when the potatoes are ready when you can pierce them with a fork. On the other hand, if you are not using an instant pot, you can put potatoes in a large pot over high heat and boil for 10-15 minutes.

The potatoes should be ready by now, so quickly remove the potatoes from heat and drain properly. Place potato in a mixer; alternatively, mash your potato with a potato masher or your hands until it all becomes fluffy. Add butter and cream to the bowl, mix and set aside. 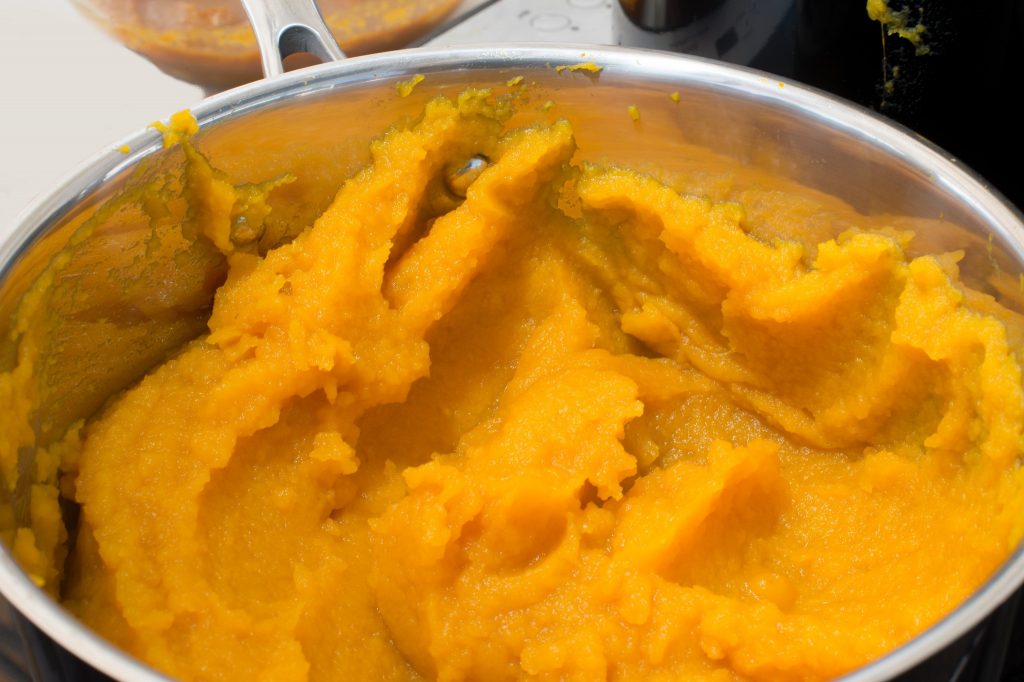 Once that is done, add the curry powder to the mixture of garlic, jalapeño, etc. and mix thoroughly until it becomes smooth.

Add the curry mixture to the potatoes and beat/mix again gently. Do not over-mix the potatoes so that the mix doesn’t become gluey. Add a little salt to taste.

Finally, your potato mash with curry is ready. Garnish with black pepper and sliced green onion to enjoy.

Other variations of the curry mashed potatoes

Aside from the recipe, I have shown you guys there’s also the Aloo Bharta, a very familiar mashed potato dish in India. Mashed potatoes there are spiced and flavored based on the region or state, sometimes even by individual family. It’s served as a side dish to rice. 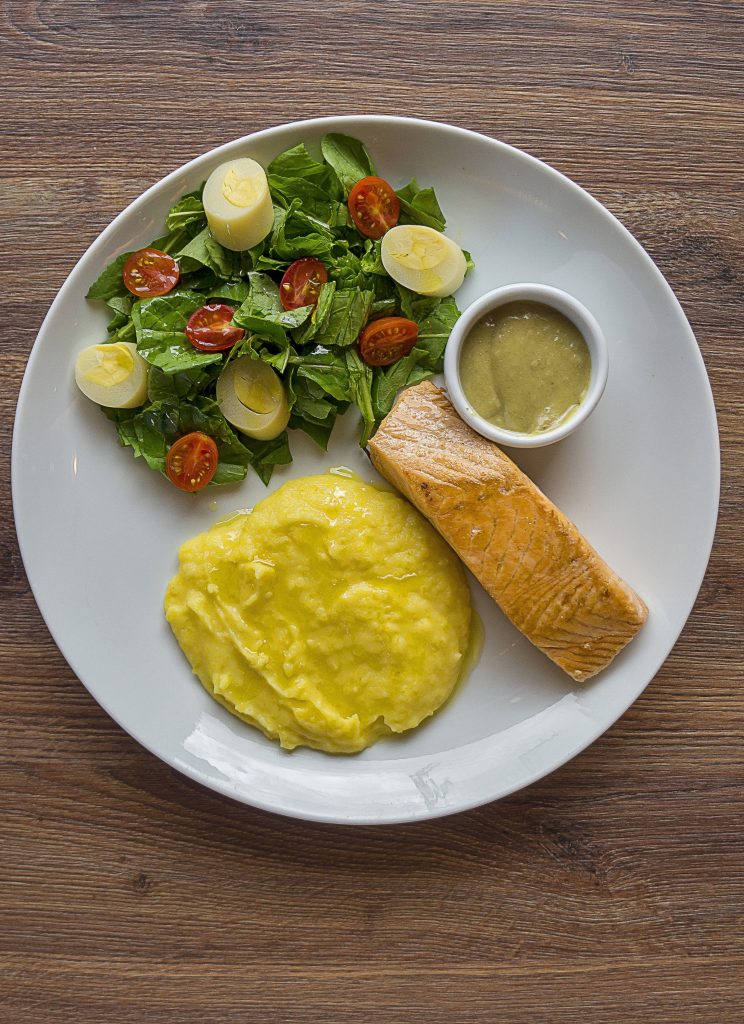 Indian mashed potatoes with curry are usually lightly spiced and flavored with mustard oil. The use of heavy cream, milk or butter is usually not required to make the potatoes creamy. They are basically just spicy mashed potatoes, served as scoop or ball. I must warn you that mashed potatoes in any form are very addictive.

For a creamy spiced version, you can add the following ingredients: cayenne, cumin and garam masala. Although I have mentioned earlier before that the Indian recipe makes use of mustard oil, you can also use any other neutral oil mixed with ground mustard as a substitute. Better still, you can heat up mustard seeds in hot oil until they begin to pop and then use the flavored oil to spice the potatoes.

Not everyone has time for that, so you can conveniently get the mustard oil from any Indian specialty store or simply order online. The method of preparation is also very similar to the one I have mentioned above; the only difference is the usage of mustard oil in place of cream and the addition of extra recipes like cayenne pepper and coriander.

Curry mashed potato or whipped potatoes with curry is the perfect side dish for Thanksgiving. You can quote me on that. If you are as excited to try this recipe for the first time as I am about having it for the second Thanksgiving in a row, stop wasting time and get those ingredients! 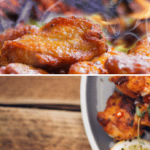