Daisy roll ham looks, tastes, and is just as flavorful as your traditional ham, making for a great dish. Instead of using traditional ham for that special dinner, you could spice things up by using daisy ham instead. You’re going to love it, everyone will!

It is easy to make and does not require so much time, and it also works well if you’re using a slow cooker, so you could get really busy while your dish slowly cooks.

What is a Daisy Ham?

Daisy ham goes by a lot of names, depending on the region. There are places where it is ridiculously difficult to find just one pound of daisy ham, but your search could get a lot easier if you looked under another name. Daisy ham is also commonly known as Boston butt, pork shoulder daisy butt, smoked shoulder butt, shoulder butt, rolled pork shoulder, and cottage ham. So, since it isn’t always marketed as daisy ham, do yourself a huge favor by asking for one of its other names.

This cut is usually from the front shoulder of the pig, and not from the hind leg or butt like the name “Boston butt” suggests. The “butt” in that name refers to the fact that it is from an upper part of the shoulder which is regarded as the butt of the shoulder. It is a boneless cut of pork meat which gets rolled into a fine shape before it is finally packaged.

Daisy ham is not a brand name like some people assume it is: the prefix (daisy) is actually a description of the cross-section of the boneless cut. At the center of the meat, it appears daisy-like in shape (though it is actually shaped into a roll), and in this manner, the name daisy ham came to be. 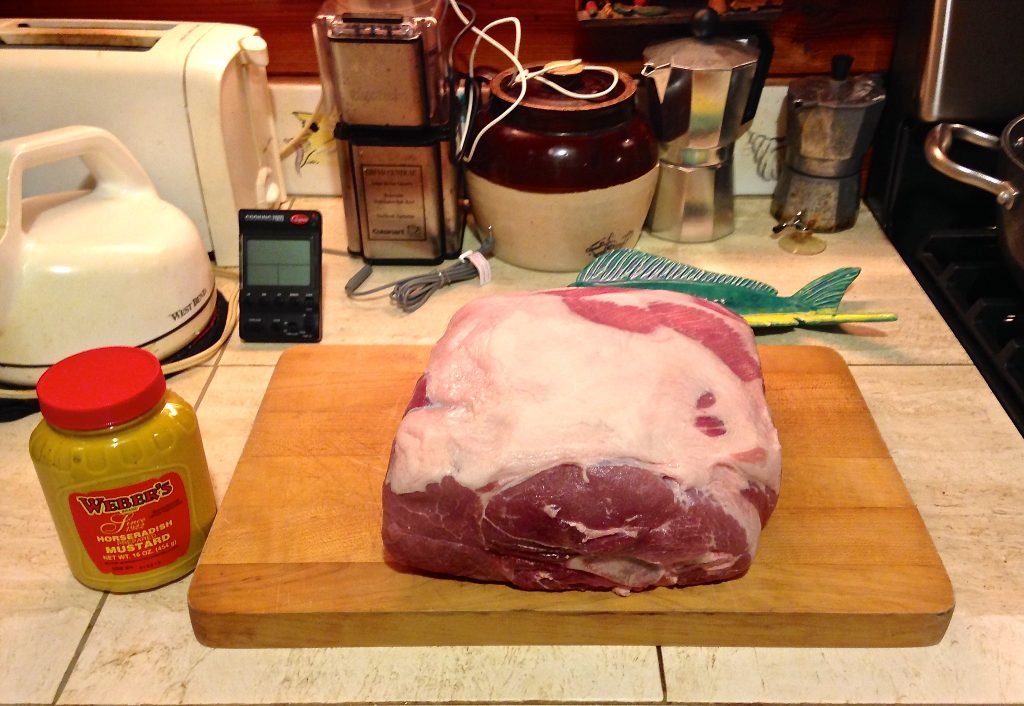 This pork shoulder or daisy butt has a thick, rich layer of fat on its surface. This thick, fatty layer is usually trimmed off to leave just a thin layer of fat. The trimming off occurs either before cooking or after, but that depends on what you’re making it with.

If you’re making it along with other ingredients such as cabbage, as in the traditional dinner dish ham-and-cabbage, it is advisable to trim the fat off before cooking. However, if you’re making it alone—for example, you just want to bake it or smoke it—then trimming after baking would be just fine. Generally, it’s better you trim before you cook this boneless meat cut.

Daisy ham comes in varying sizes, but you could go with a 3-pound daisy ham for a family-size dinner. It could be eaten with or without side dishes, and there are plenty of ways available on how to cook a daisy ham, the simplest being boiling it. Boiled daisy ham is all about putting the ham in a pot of water and allowing it to boil. Daisy ham is sometimes considered a smoked boned-pork cut.

You could also bake it or use it in recipes like the ham and cabbage combination, though there is also the more popular way of making daisy ham—smoking it. Sometimes, it also comes in ready to eat in packages, which is useful if you’re making a sandwich or any other meal that doesn’t require cooking, where you have to be careful that the ham doesn’t become overcooked.

Daisy ham is a sumptuous choice for dinner. Smoking and baking the daisy ham are the two most popular ways of making it, that’s if you aren’t adding extra ingredients. Baked pork shoulder butt has a rich flavor and a crispy, fat surface. While smoked daisy ham has a smoky flavor, it’s also flavorful, savory, and a bit salty.

How do you prepare this boneless cut of meat?

Simple—first buy some raw daisy ham. Purchase a cut with less fat, like a long, narrow pork shoulder cut. Or, you could just purchase a regular cut and trim the excess fatty layer off before cooking it. 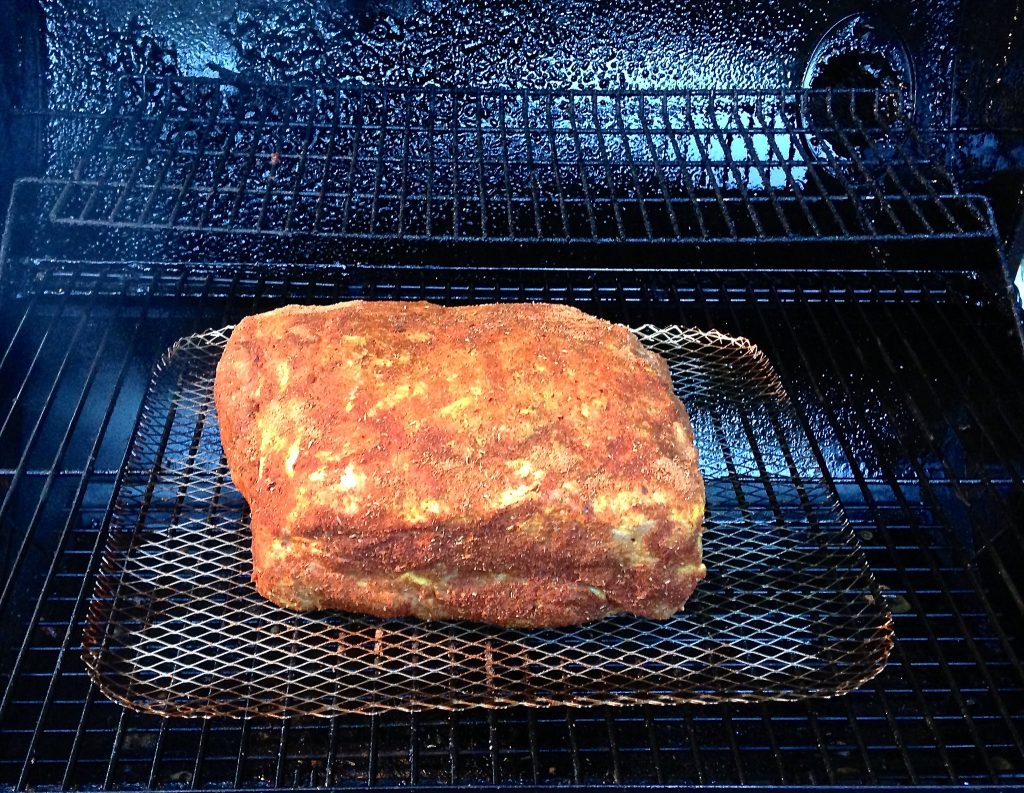 To make a pound of daisy ham using your oven, first preheat the oven to 325 degrees Fahrenheit. Then, as earlier mentioned, trim the excess layer of fat from the surface. Season the surface with salt or your preferred choice of seasoning, and then let the seasoning seep into the ham by making a crisscross pattern into the ham with a knife.

After that, place the ham in a suitable pan and allow it to cook for about 35 minutes or until the meat’s internal temperature reaches 155 to 160 degrees Fahrenheit—do not eat ham with temperature below 145 Fahrenheit. Allow the ham to cool before chopping it into smaller portions. Yes! You don’t have to carve out any bone.

Daisy ham and cabbage is a traditional dinner dish that has been around for a while now. This comfort food is commonly referred to as boiled dinner or boiled supper in some places. This sweet, boneless cut pairs well with cabbage and can serve as a substitute for bacon.

To make this boiled dinner, you’ll need the following:

When it comes to cabbage, you can spice things up by using white and red cabbages. This brings more color, and of course, more antioxidants. 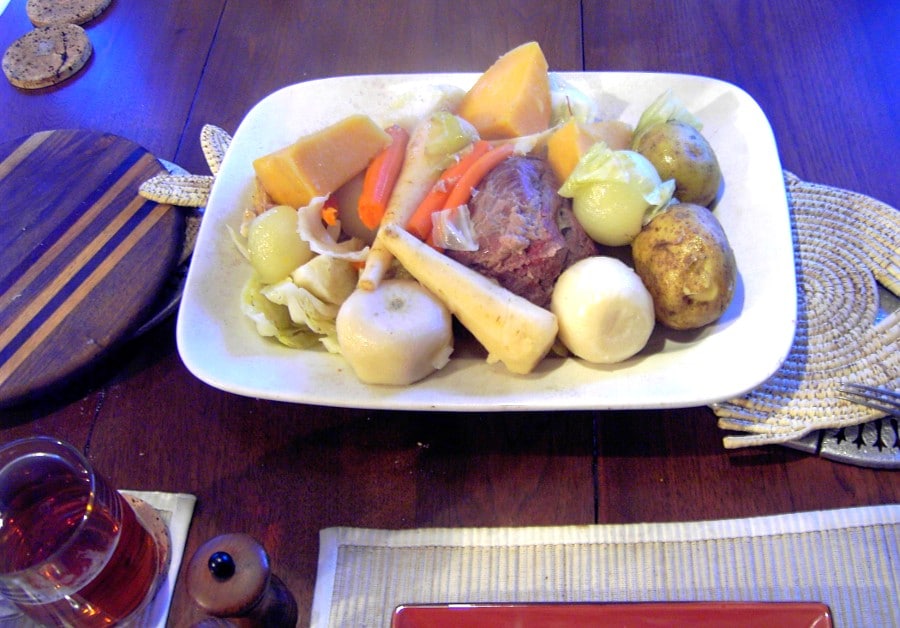 Using chicken stock is completely optional, however, it adds more flavor to the dish. So if you’re ditching the chicken stock, just double the amount of water in the recipe. Alternatively, you can use just chicken stock and take out the water. Whatever the case, let your preferred liquid cover the contents of the pot.

Can I cut my ham before boiling it?

Yes, you can. You could even do that at the very beginning.

Ham and cabbage make for a nice, savory dish, even without the extra seasoning or spices. Some people make theirs without any. Their ingredients are just water, vegetables, and daisy ham yet the meal still has that perfectly balanced flavor profile. The saltiness of the ham (why you can skip out the salt in the recipe) and the tasty flavor of the vegetables all balance well at the end of the day.

You could make daisy ham using a slow cooker. This works well if you need to step out or are just busy, but you still want a good, hearty dinner. Slow-cooking your daisy ham and cabbage yields a tastier meal. 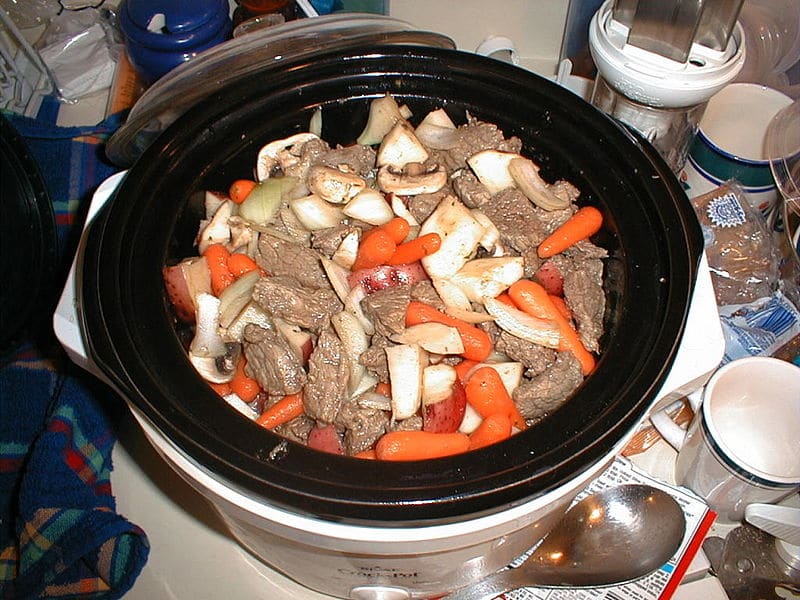 The cabbage is softer and the salty, savory flavors of the smoked ham infuse into the cabbage, making it truly tasty. Slow cooking your boiled dinner could take at up to 5 hours or even 7 hours, depending on how you set your slow cooking to work. The method of making it is still the same; just add the ingredients all at once (especially if you’re in a rush) and allow them to cook.

Once ready, check the meat’s internal temperature before devouring it. You can serve your boiled dinner with fried cornbread or cornbread muffins.

Just in case you have some leftover pork shoulder butt, you can glaze it and enjoy it with potatoes. Or, you can make pulled pork. If you’re making pulled pork, serving it with potato salad, fries, and beans makes for an even more enjoyable meal.

Daisy ham or Boston butt or whatever name you know it by is totally worth every penny spent. And making boiled dinner is a perfect way to end a busy day. If you don’t have enough time to spend actively making it, you can always make it with your slow cooker. Trust me, you’re going to love this! 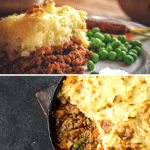 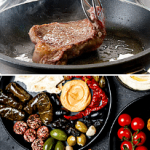