Honestly, the first time I encountered duck tongues, it was with a lot of surpise and confusion. “Ducks have tongues?!” my mind went as I poked the very alien looking organs on the bamboo platter. “And we can eat them?!”

And as it turns out, we can. Ducks tongues are mostly served in Chinese dimsum places as a delicacy. So, it’s understandable if there’s not that much fanfare for this particularly rare and weird ingredient.

However, if you do manage to find a restaurant or dimsum place near you that serves excellent duck tongue dishes, then you’re in luck. Duck tongue might be something that you wouldn’t normally eat on any given day, but it is a culinary experience that adventurous foodies can surely appreciate.

If you’re looking into trying out duck tongues for yourself, here are some of the things that you need to learn:

Do Duck Tongues Have Bones?

Yes, they do. Unlike pigs’ or cows’ tongues (which are mostly muscle), a duck’s tongue has a bone running inside its central part. You can either remove the bone before eating the tongue, or if you’re that adventurous, just eat it whole because the boney part is mostly cartilage anyway. Some seasoned eaters actually like the interesting texture that the cartilage part brings to the table, so you can munch and crunch on it if you want to. 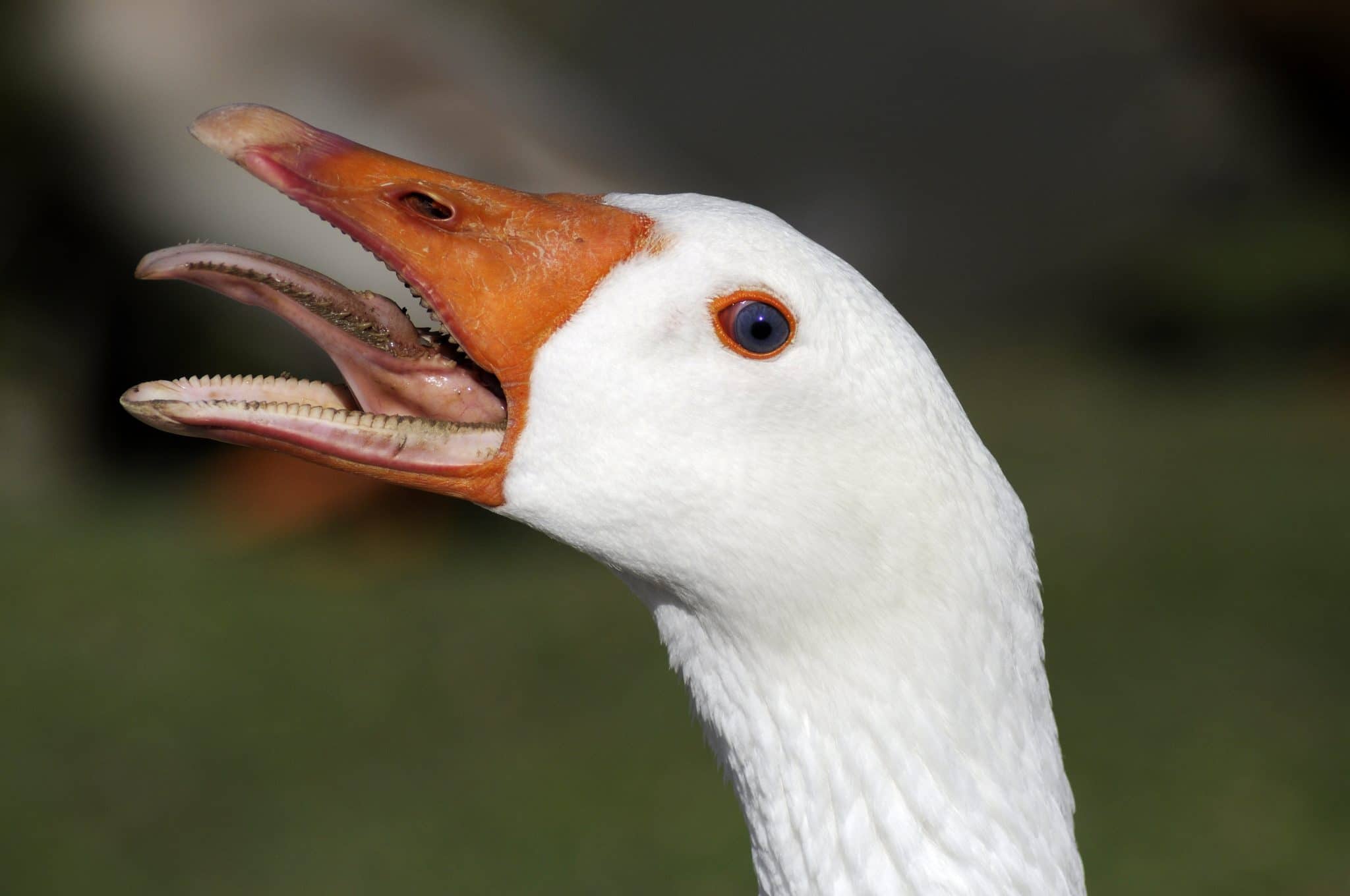 But why would anyone want to eat ducks’ tongues in the first place?

For avid fans of this delicacy, the answer is pretty obvious. The tongue contains an ample amount of juicy and delicious fat that is further surrounded by a small quantity of meat. The flavor on it is intense, with the fat just melting on your mouth if the tongues are cooked right.

Another great thing about duck tongues is that, despite its status as a rare delicacy, these things can be actually quite affordable. Asian grocery stores (and even the specialty aisles in some supermarkets) usually stock bags of 50-60 duck tongues for around $10 to $15.

Since the only stuff you would need to cook your duck tongues with is oil (for shallow frying), and seasonings (preferably Chinese seasonings like soy sauce and rice wine), it can make for a cheap and easy meal if you eat it with rice as a side dish.

In case you’re still not convinced, here are a few duck tongue dishes that you can easily whip out by yourself at home:

1. Wash the duck tongues very thoroughly under cool running water. Optionally, you can briefly boil the tongues if you’re that fussy about cleanliness.

2. Rinse the duck tongues and place in a medium-sized bowl. Add in the sauces (rice wine, soy sauce, dark soy sauce, oyster sauce), as well as the sugar, sesame oil, and the ground white pepper. Mix everything well and let the tongues marinade for at least thirty minutes to an hour.

3. Heat a wok or a large shallow skillet over high flame. Once hot, add just enough vegetable oil to cover the bottom half of the wok (make sure to swirl the oil around so that you get an even coat).

4. Immediately add the marinated duck tongues along with the excess marinade. Mix everything frequently until the sauce darkens. Once the sauce thickens, add a one-third cup of cold water into the wok and cover it with its lid. Let the dish cook until most of the water has evaporated.

5. Take out the duck tongues out of the wok with a slotted spoon, and serve.

This taco recipe have two components: the duck tongue meat and its accompanying sauce. While the recipe below can produce about a dozen or so tacos, you can vary the amount of meat and seasonings depending on how many tacos you want to make. 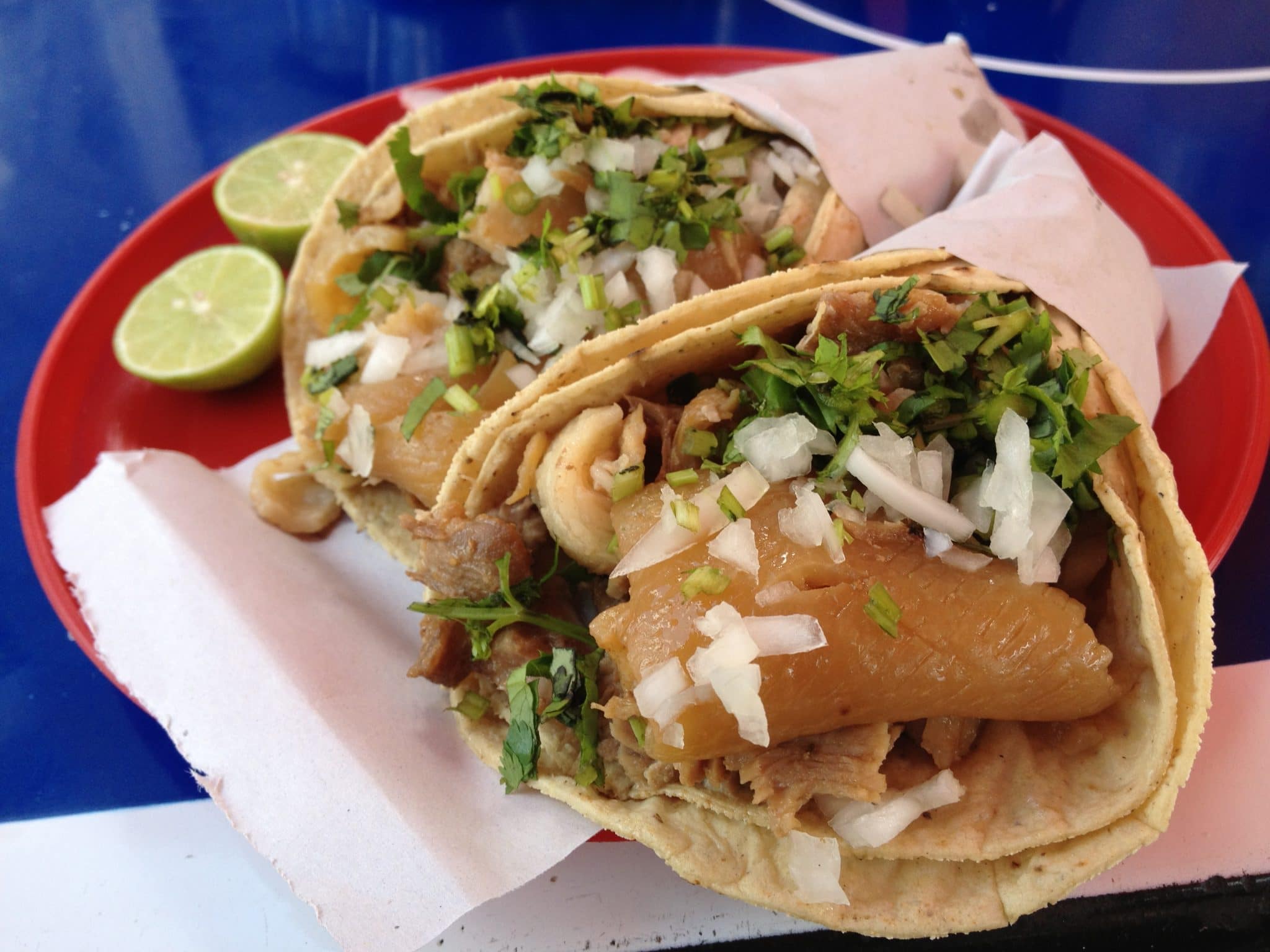 1. In a large pot, combine all ingredients EXCEPT for the duck tongues. Stir constantly and let simmer for one hour.

2. Strain the solids out of the mixture. Add in the duck tongues and poach them in the broth for about fifteen to twenty minutes, or until tongues become tender.

3. The tongues are done if the bones can be easily removed. Allow them to cool down in the poaching broth, then de-bone everything. 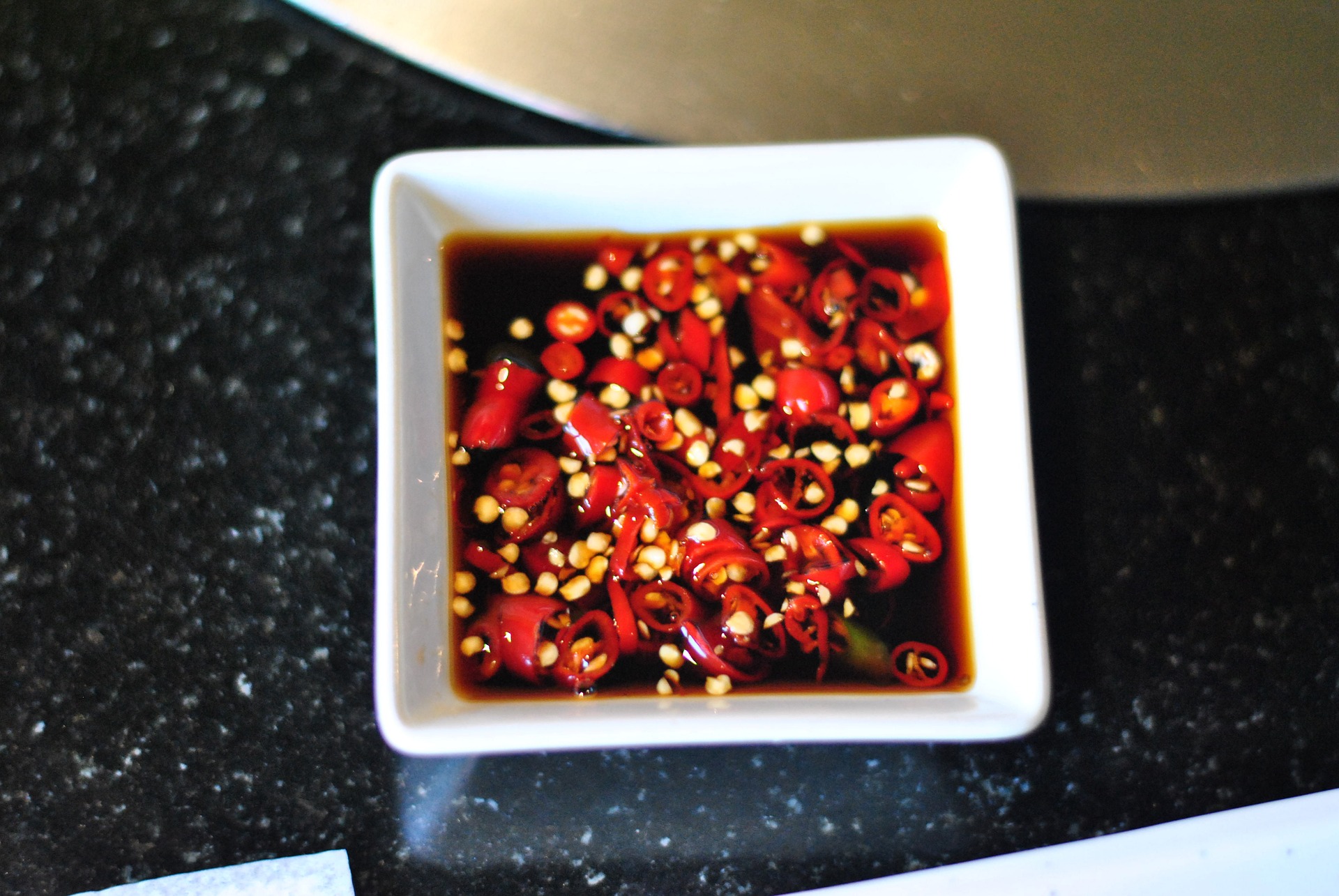 1. Sauté the chili bean paste in the vegetable oil until the oil turns bright red. Add the ginger and garlic until the mixture is fragrant. Then add the soy sauce, sugar, and broth and bring to a simmer.

2. Make a slurry using the cornstarch and water. Add this into the pot along with the sliced green onions until the sauce thickens.

3. Remove from heat and finally add in the vinegar and sesame oil. Make sure to stir these into the sauce well.

1. Warm the tortilla first, and then pile on about 60 grams of the duck tongue meat. Add a tablespoon of the chili sauce on top.

Eating duck tongues need not be scary. Hopefully, the recipes above can inspire you to create unique duck tongue recipes of your own that you can use to wow your friends and family 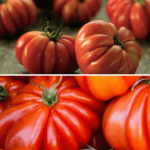 What Are Mealy Tomatoes? How To Avoid Unpleasant Tomato Texture 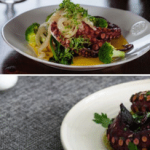 Sous Vide Octopus – How To Get Perfect Texture Every Time