I’m a big fan of breakfast because it’s one of the most important meals of the day, and as of late, I’ve been making a lot of unique breakfast dishes like frittatas and the cloud eggs, which have become very popular on social media. Recently, I opted to try Davy Devaux’s egg recipe, which he named after himself. One of the first places that this delicious egg recipe appeared is on Youtube, and as a result of the deliciousness of dish, the video on how to make it has received millions of views since it first appeared back in 2013.

I’m in love with the fluffiness of this dish – it’s like eating a cloud, which is why it is often compared with the aforementioned cloud eggs. In any situation, if you like to have runny eggs in the morning, then you’ll want to check out my guide so that you can give the recipe a try for breakfast or lunch.

What Makes Eggs Devaux So Interesting?

The internet is a blessing for foodies because many people who like to create new tastes are finding opportunities to introduce new recipes to the world. When it comes to this traditional breakfasts, eggs, some sort of breakfast meat, and toast have been a staple for generations, but this particular arrangement brings something new to the table. 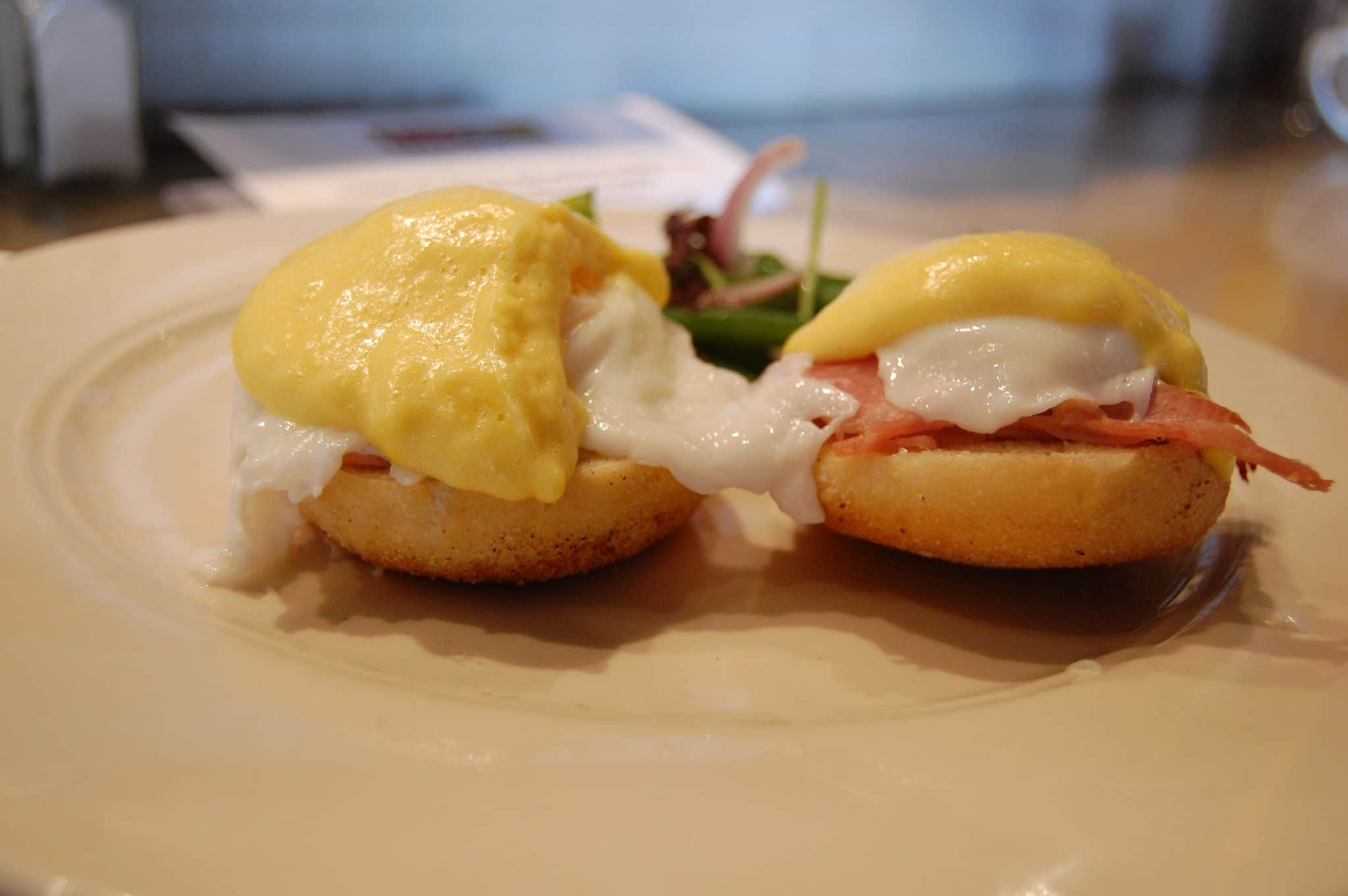 The first thing you’ll notice is that the dish kind of looks like a biscuit sitting on top of a piece of toast. This first impression is a bit deceiving because there’s no biscuit at all – what you’re looking at are egg whites cooked in such a way that they begin to brown. The unique aspects of the dish are compounded once you cut into the egg – upon your first slice, you’ll notice that the biscuit-like exterior is hiding a creamy, yolky interior that’s absolutely delicious. For this reason alone, I consider this dish to be one of the best new cool egg recipes available today.

In the past few months, I’ve combined the dish with a wide variety of extra ingredients; I started with bacon, but I’ve progressed to sausage, crisped salmon skins, and even onions and peppers that I cut very thinly. As long as the extra ingredient doesn’t make the airy eggs less fluffy and delicious, then it ‘s a welcome addition. Overall, there’s a lot of versatility in Davy Devaux’s culinary invention, which is probably why I find myself making it fairly often.

There Are a Few Items You’ll Need First

Like with any truly daring recipe, you may need a couple of tools to ensure that you have an optimal devaux experience. When you’re cooking with eggs, sometimes the eggs can be a bit temperamental, but for the most part, if you’re careful and quick and have the right tools, you shouldn’t have too much of an issue duplicating this recipe. 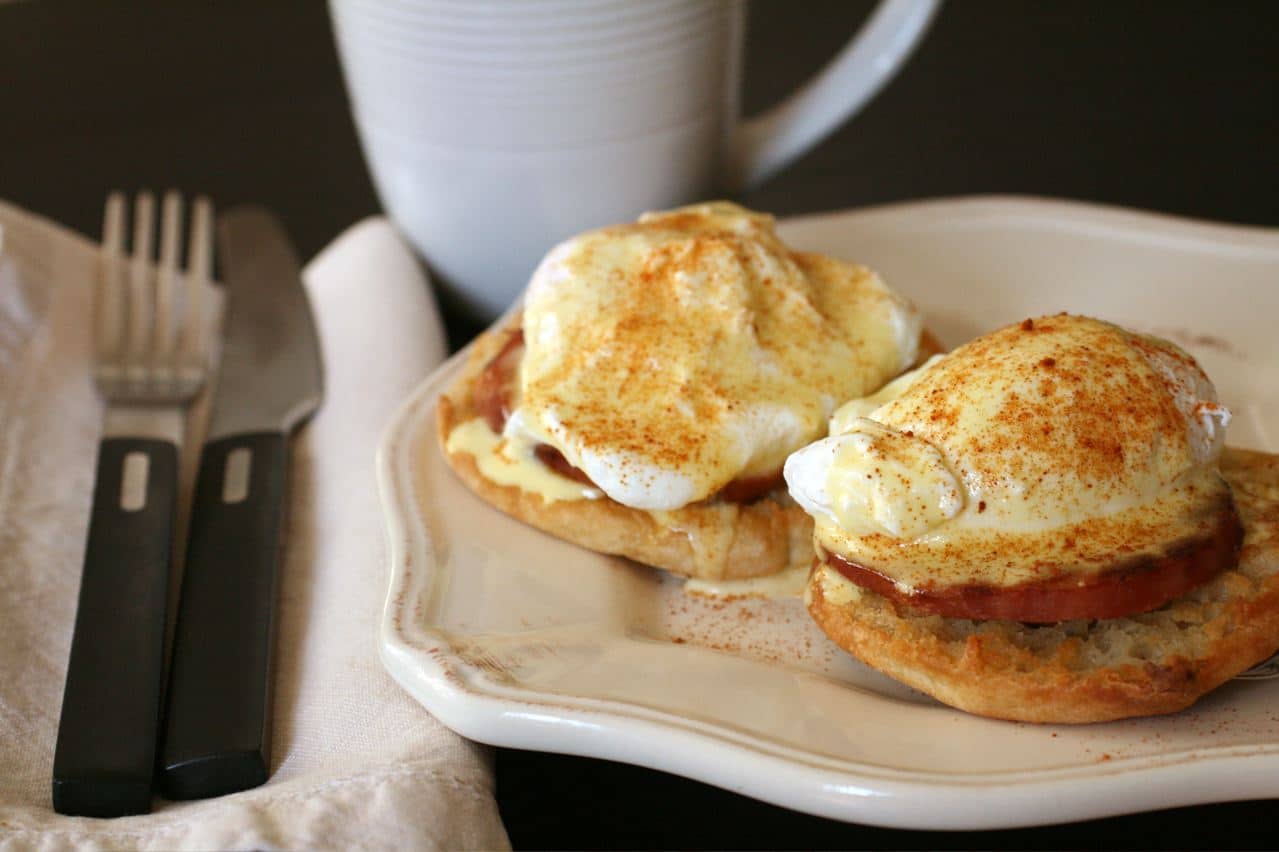 Three crucial tools that you’ll need for this eggs recipe are:

The metal rings serve as a structure that you can use to form the eggs into their appropriately cylindrical shape, and as a result, you want rings that are at least three to four inches in diameter. This sizing will allow you to create perfectly biscuit-esque devaux eggs.

This recipe also calls for you to separate the eggs from their whites, and one of the easiest ways to do this is to use a water bottle. It’s very simple – you need to crack your egg in a dish and position the water bottle atop of the yolk. To suck up the yolk with very little egg white, all you’ll have to do is slightly squeeze the body of the water bottle, and your yolk will be ready to be placed in another dish.

Finally, this is one of the few non-baked meals to make with eggs that I would say requires an oven mitt. This is because the metal ring gets very hot during the cooking process, and not using the mitt will mean that you can burn yourself fairly severely. Remember guys, safety first!

Now that you have an idea about what makes this dish one of the unique egg foods out there, now let’s take a look at how to make it at home. If I were to measure it on a scale of difficulty compared to other types of food you can make with eggs, I would honestly say that this dish might be a seven out of ten because you have to be fairly precise – not soufflé precise, but precise.

Here are a few of the ingredients that you’ll need to prepare this dish: As mentioned previously, you’re going to have to separate your egg whites from the yolk. Using the method that I outlined above, take your separated egg whites and whisk them in a bowl with a few drops of lemon juice from your half lemon. After the whisked eggs become a somewhat thick liquid foam, it’s now time to transfer them to the heat.

You’ll need to have your metal ring preheated in a skillet and the inner surface coated in coconut oil or butter to prevent sticking. Once it’s heated, place the whites inside and ensure that you have a half-inch thick layer at the bottom. Remember to ensure that the eggs climb the inner walls so that they are about three quarters to the top – this way, the whites start to form something like a cup. As the foamy egg mixture starts to solidify, you can add your thinly-sliced breakfast meats or veggies to the sides. Remember, not to overfill the cavity since you’ll be filling it next.

Next, using the unbroken egg yolk, fill the cavity very gently because you don’t want to ruin the shape and consistency of the yolk. When I fill my devaux, I ensure that the center is unobstructed and as smooth as possible so that the egg yolk isn’t popped during the preparation process.

Once you’ve placed your yolk, use the remainder of the egg whites to create a top for the dish. Optimally, you don’t want to overfill your metal ring because the egg whites will expand during the cooking process, which is why you should leave a little space for growth.

Continue to cook the devaux for about another half-minute so that the bottom portion browns. After this time has elapsed, using your oven mitt and a spatula, flip the entire metal ring so that both sides can brown. Cook for another minute or so and use a knife to separate the cooking egg whites from the inside surface of the metal ring.

Finally, using the same knife, separate the walls one more time. Once you’ve done this, you’re on a bit of a timer; the egg white exterior will start to deflate, so remove the metal ring with your oven mitts and transfer your eggs directly to your toast and dig into your truly special eggs dish. 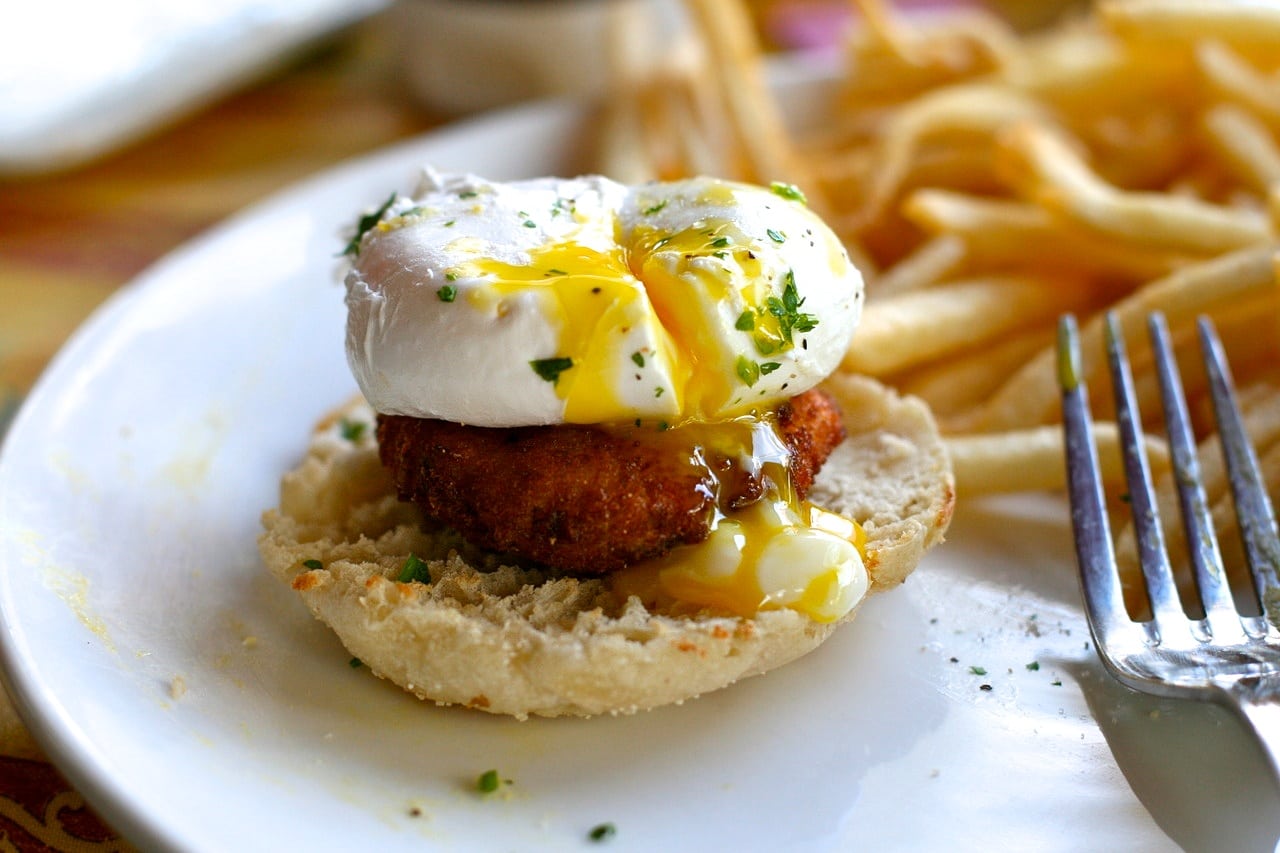 I hope this recipe for eggs devaux helps you find new options for food you can make with eggs, and I think that many people will be absolutely delighted with the culinary possibilities that this dish offers. I find myself adoring the airy eggs that this dish provides, and the runny yolk, which tastes nice and creamy, is also an aspect of the dish that you’re sure to love.