Warning: Use of undefined constant ‘do_shortcode’ - assumed '‘do_shortcode’' (this will throw an Error in a future version of PHP) in /home/customer/www/onthegas.org/public_html/wp-content/themes/yoo_bigeasy_wp/functions.php on line 32
 ᐅ 5 BEST FISH FOR PEOPLE WHO DON'T LIKE FISH

It’s pretty hard to find fish for people who hate fish, as the characteristic smell and flavor of fish is bound to turn some people away. It’s a shame, as those people are missing out on some good stuff.

Some of the things they’re missing out on are oils which have been proven to literally prolong life. Yes, there are many health benefits to consuming fish. That’s not the only reason why I decided to look into this topic, though; ever ready for a new challenge, I wanted to impress people who don’t like fish, and that led me to tracking down all the kinds of fish and recipes that seemed to pass the test for those who usually steer clear.

Check it out. I have put together an amazing list of fish and more than one fish recipe that can help people enjoy the nutritional benefits of fish. This is what I will be sharing with you today. Read on to find out about fish for someone who doesn’t like fish or people who hate fish.

This list is for those of you that don’t seem to like fish either because of its smell, texture or you are simply traumatized from having had one too many fish sticks when you were young and now the mere smell of it just makes you want to puke. Let’s not talk more about that, though. Let’s find ways to fix your fish problem.

First on my list is flounder, a group of flatfish species usually found at the bottom of the ocean. Flounders feed on fish spawn, polychaetes, crustaceans and other forms of small fishes. They grow to between 22 to about 60 or 62 centimeters lengthwise, and in terms of body size, they can grow as large as 90-95 centimeters. 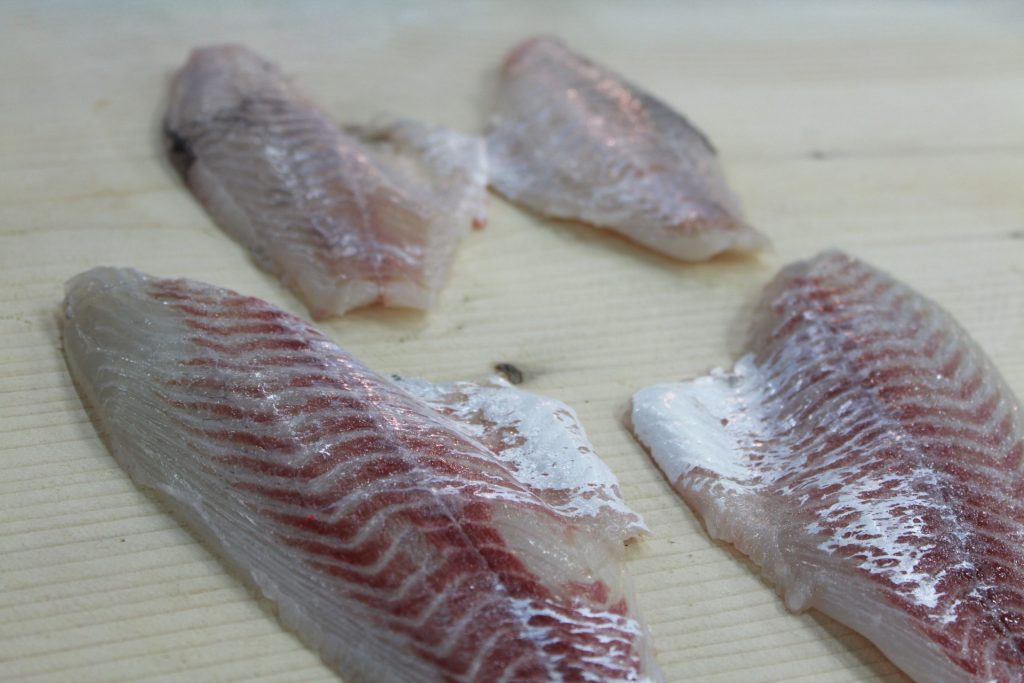 More importantly, flounders are edible and usually very sweet, bearing an amazingly delicate texture which should make it appealing and enticing for people who don’t really like fish that much and are looking forward to eating fish for the first time. They are the least fishy fish for a person who doesn’t like fish.

These are freshwater fish usually found in rivers, lakes, ponds and shallow streams. They are occasionally found in brackish water. As of 2002, the Tilapia was one of the most consumed fish in the United States because of its low price and relatively easy preparation.

It is mild in taste, in fact it is a fish that tastes like chicken and also has a texture like a chicken, which must be why they are often referred to as sea chicken. They are usually very lean and don’t taste much like your average fish, so it is the ideal fish for someone who doesn’t really like fish.

They can be processed into skinless, boneless fillets depending on the size and are very low in saturated fat, sodium and mercury but a very a good source of protein. They are also known for their abundance of micro-nutrients like vitamins B12, selenium and phosphorus. 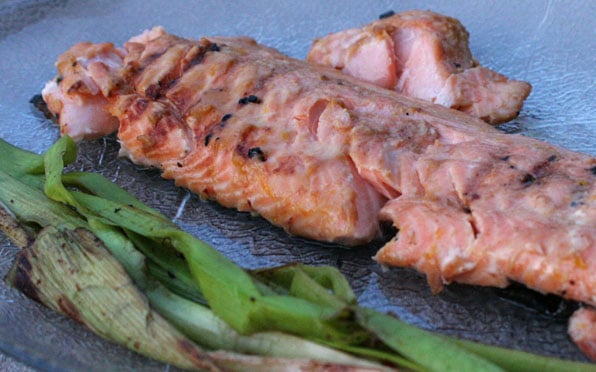 This is a cold water fish found in deep, cold, glacial lakes. They are one of the rarest fish in Britain. They are very similar to both the salmon and lake trout fish and possess characteristics of both. The arctic char varies in color, ranging from red to pale pink.

In terms of taste, it is very similar to that of salmon since they sort of have similar characteristics. However, the arctic char is less oily than salmon. It also tends to be lighter and lot creamier than salmon fish. One interesting feature I think fish haters will like about this fish is that it doesn’t smell or stink up the kitchen like other fishes when cooking. More importantly, it is a fish that doesn’t taste fishy, making it a perfect fit for people that don’t like fish.

The cod fish is another amazing fish for those that can’t stand the idea of eating fish. They are of two species: the Atlantic cod, which is usually found in colder waters and deeper sea regions throughout the North Atlantic, and the Pacific cod, found in the eastern and western regions of the northern Pacific.

Cod is quite a common food with a very mild flavor and a dense white flesh, which suits it for people that hate fish. You might’ve heard of cod liver oil, which is often used as a supplement for vitamins A, D, and E. It is also a good source of omega 3 acids, which are essential to heart health. It may interest you to know that the Atlantic cod is one of the major ingredients in making fish and chips alongside haddock and plaice. 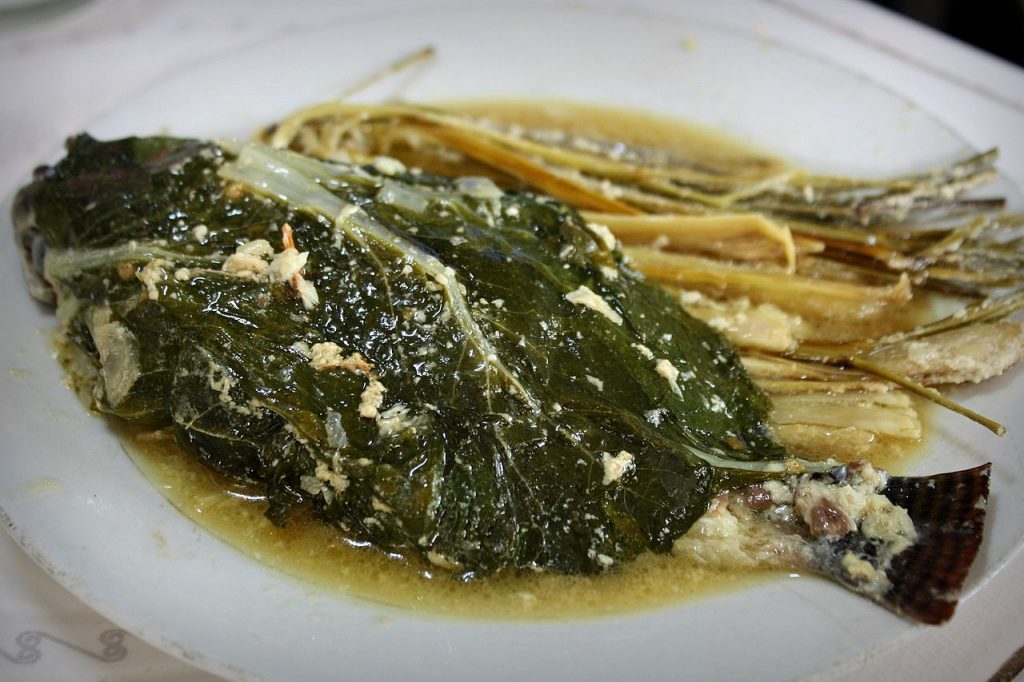 If you’re finding it difficult to eat fish for one reason or another, but you really want to enjoy the nutritional benefits of fish or are simply just curious about tasting fish for the first time, the following fish recipes will help you eat fish without noticing anything “fishy.”

This recipe focuses on the tilapia fish in combination with other ingredients like coconut oil. As you must know by now, tilapia is already highly recommended for people that don’t like fish.

Preparing it is quite easy: simply melt the coconut oil in a large pan over medium heat. Sauté onion until it begins to soften and add the rest of the ingredients like carrots, green beans and red pepper. Then add curry paste and coconut milk to the pan. Stir until the curry paste is properly mixed with the coconut oil. Add fish and cook on  medium to high heat for a couple of minutes. Season with salt to taste and garnish with green onion, lime and cilantro.

To prepare, add 2 teaspoons of olive oil to a large skillet and heat over medium-high heat. Add onion and sauté for about two minutes. Next up add garlic, wine, fish, tomatoes, olives, capers and crushed red pepper. Cook until fish is somewhat opaque in the middle, add spinach and cook for some minutes, then season with salt and pepper.

Codfish is actually a very tasty fish, and making a nice crispy sandwich out of it is an amazing recipe highly recommended for those that despise the idea of eating fish. This recipe consists of the following ingredients: egg whites, cornflakes, a pound of cod, garlic powder, ground pepper, olive oil, mayonnaise, dill pickle, hamburger buns (whole wheat preferably), lettuce, carrots, cucumbers, cabbage and peppers. 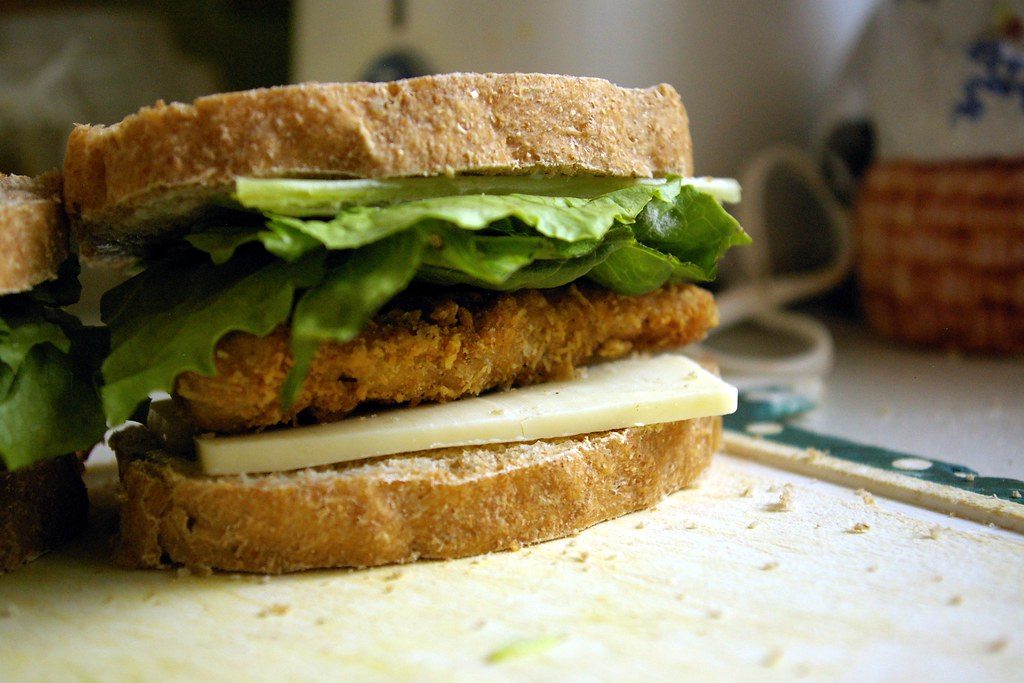 To prepare, preheat your oven to 425F, place a wired rack on a baking sheet lined with foil and coat with cooking spray. Whisk egg whites in a bowl and set aside, then place your already crushed cornflakes in another bowl. Add pinches of garlic powder, pepper and salt to the cod and dip into the egg white then coat with cornflakes by pressing them on.

Coat the fish with cooking spray. Once this is done, bake the fish until it is golden brown. Combine mayonnaise and relish in a bowl and add to the fish buns with vegetables.

Ways to eliminate the fishy smell of fish

To cook fish so it doesn’t taste fishy, just use lemon, whereas if you hate the fishy smell of fish, you can minimize it also by using lemon. Simply squeeze an entire lemon over the fish or use the juice from lemon to rub the body of the fish before you carefully place it in the pan.

Lemon helps because the acid in it neutralizes the odor. And don’t worry about the lemon flavor; some of it evaporates while the fish cooks. Poaching or slow cooking the fish is another method of avoiding that gross fish smell and also makes fish not taste fishy.

It is imperative that you cook the fish properly. 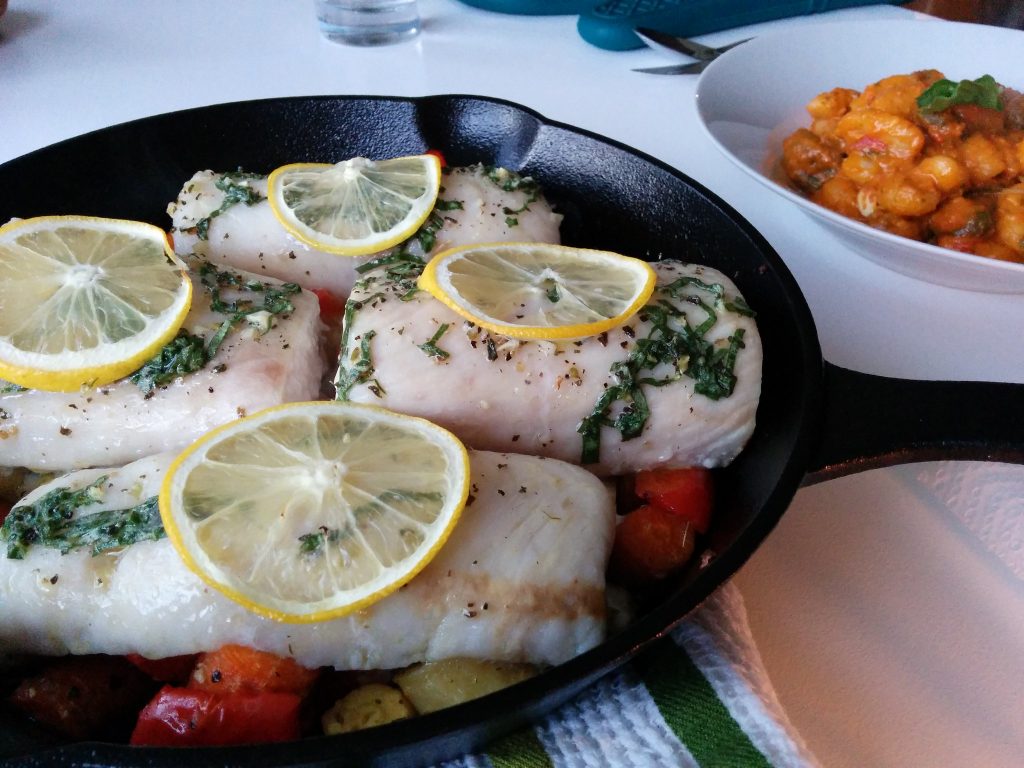 A friend of mine was pretty unlucky. The few times they tried eating fish, they discovered that it was either undercooked or overcooked, and this further dampened any success of them trying to eat fish.

So, the proper cooking of fish is of paramount importance, and as I have discovered during some of my research, proper cooking of fish helps to eliminate that fishy smell from the fish. Just cook it right! Also, make sure the fish is fresh, as stale fish tends to have a very offensive odor — a big no-no if you’re trying to convince someone to try eating fish.

It’s no news that fish is one of the most nutritious seafood we have; it is something that people that don’t like fish should at least try. If you hate fish but want to enjoy its numerous benefits, then I suggest you try some of the recipes in this article.

But it also comes down to broadening one’s horizons in the realm of pure flavor. You never know what the future holds. With the information provided here, you not only have a good idea of the type of fish you can try as someone that doesn’t like eating fish, you also know how to recommend fish for people who don’t like fish. And that can go a very long way.