Most of us have experienced the legendary food coma, or as some people refer to it, the “itis”. So what triggers this feeling of lethargy and sleepiness when we eat too much of certain foods? Are certain foods responsible for this reaction, and is it possible to avoid the food coma? Read on as I reveal more about this phenomenon and what symptoms are associated with overindulging in foods that can create a food coma.

A food coma is the feelings of sleepiness and lethargy and the following period of heavy sleep associated with eating large portions of food. Not everyone experiences the same feelings when they experience a food coma, but most will end up taking a nap until the food digests and the feeling passes. Most people are familiar with this condition after a large holiday meal such as Thanksgiving dinner. 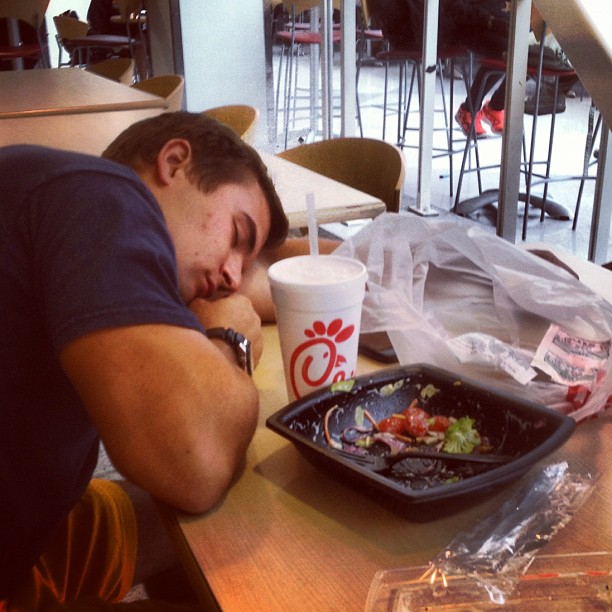 It’s an all too familiar scene. The family gathers together and eats as much of the holiday feast as they can handle. Immediately after, everyone gathers around and begins to either sit quietly while their food digests or they fall asleep for a few hours.

Of course, the holidays aren’t the only time that people experience a food coma. It can be because you venture into a new great restaurant and have eaten too much food. I have had this happen many times before. I usually end up taking a walk after that type of meal to help my food digest some. There was other time when I have simply not had the energy or the desire to walk it off though and had to succumb to the impending nap that followed on the ride home.

A more colloquial term for a food coma is “itis”. For instance, I would say that I have the “itis” after eating a large pizza by myself as I sit motionless on the sofa.

Does this sound familiar?

How you refer to this condition may vary according to the area of the country you live in, or your age group. The condition is the same as the food coma, however, and at some points in your life, you are going to have this experience. For some, it is an enjoyable effect from a delicious meal, but for others, it can be an inconvenience. This is especially true if you have activities on the schedule such as work or any physical activities.

Recently I was out eating at a popular new lunch spot with my mother. We ordered an appetizer, a fancy fruit drink, a large entree that was accompanied with salad and breadsticks. Finally, she wanted to split a dessert to see how it compared with other restaurants in the area. Of course, I was obliged to help her out, right? Unfortunately, I had a full schedule of work and errands following the massive lunch I ingested.

The rest of the day consisted of me gulping down coffee and desperately trying to shake off the overwhelming desire to take a nap. A word to the wise, always plan on allowing yourself a nap if you are going to eat a large lunch or the rest of your work day will be a struggle.

One of the primary reasons that scientist think causes the hallmark sleepy feeling associated with a food coma is a decrease in the amount of blood flow to the brain. In an effort to concentrate on the digestion of the meal, more blood is sent to the digestive organs of the body to assist in processing the food. 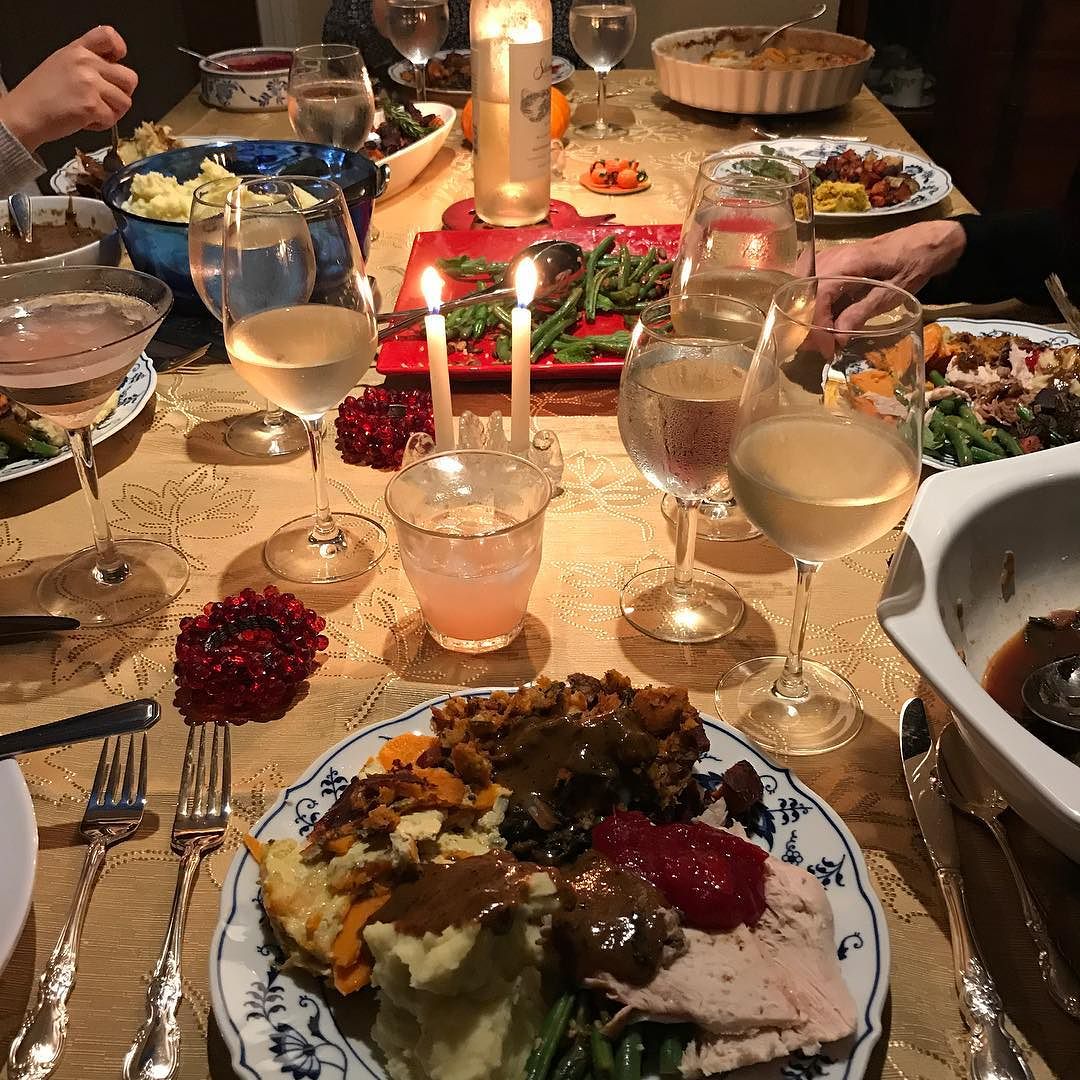 Another contributing factor associated with some meals is tryptophan. This is an amino acid which is found in some foods such as turkey. It is thought to cause drowsiness if consumed in large enough quantities. Additionally, the hormone gastrin is produced when the body focuses on the digestion of food.

This hormone is responsible for the release and regulation of digestive juices in the stomach. Simultaneously, another hormone called enterogastrone is also released. It is used to control the flow of blood in the body. This is what limits the blood flow to the brain and redirects it to the digestive organs that are working hard to break down that large, heavy meal you just enjoyed.

You may not realize it, but it required a large effort for your body to ingest and break down your food and make it ready for absorption in the intestines. The more food you ingest, the harder the body must work. Keep in mind that certain food has a more pronounced effect on the individual after consumption.

The more carbs and sugar you ingest, the more sleepy you will feel after the meal. Even though your meal may not seem high in sugar or excessively rich with carbs, it can still create the need to take a long nap after you eat your meal.

If you want to avoid dealing with a food coma after your meal, you are going to have to be conscientious about avoiding foods such as pasta, potatoes, heavy meats, and excessive sweets.

A good solution would be to choose a vegetarian option or order a salad or light seafood option. Salmon is a great choice if you are at a restaurant and want to order a meat dish, but don’t want to feel weighed down after you eat. Just be mindful of sauces and other toppings that may come with the meal. These “extras” can sabotage your plan to have enough energy to continue your activities after the meal. 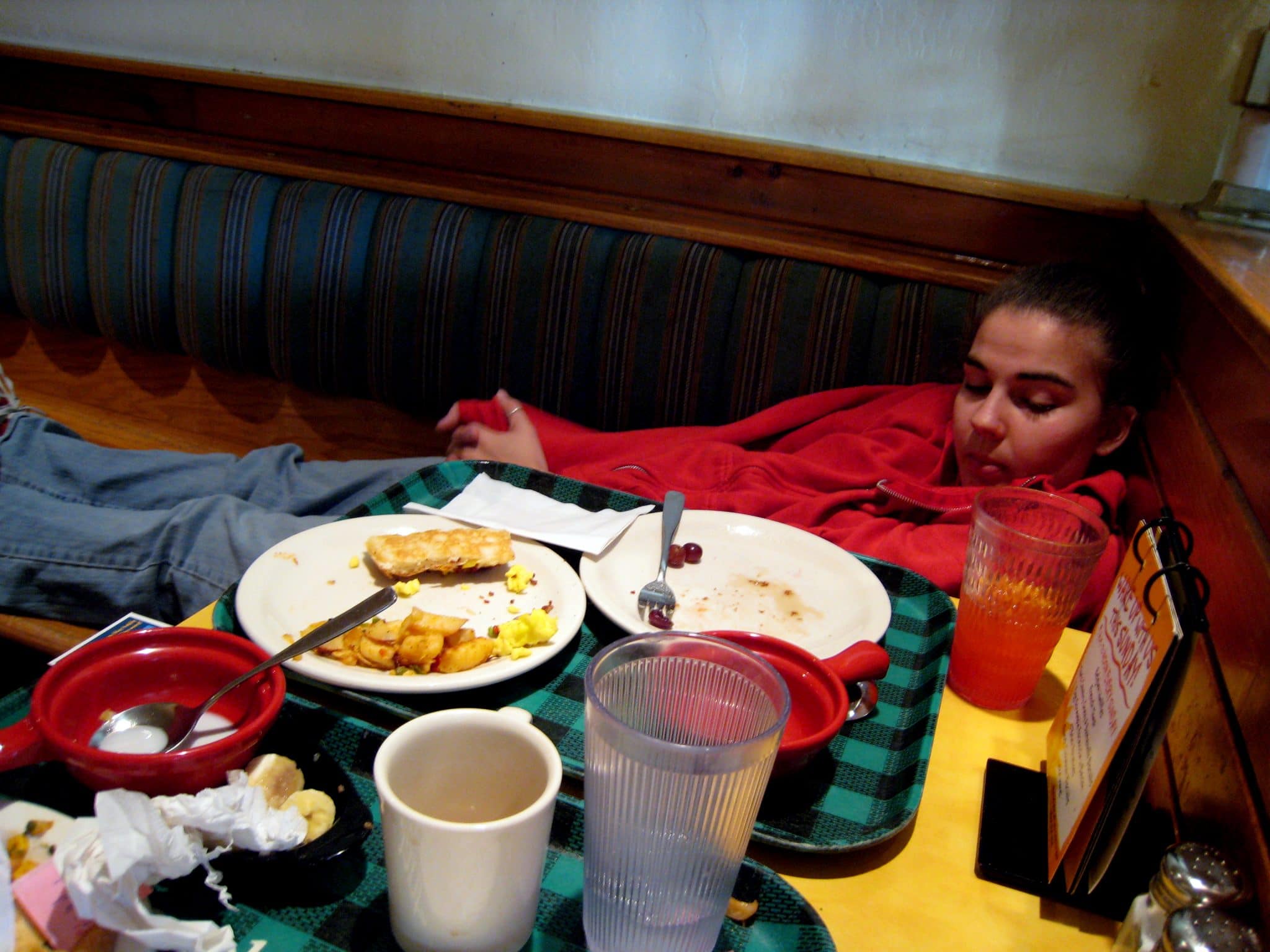 The scientific term for food coma is known as postprandial somnolence. This term refers to the state of sleep that follows consumption of food, especially in large quantities, that trigger sleep as a result.

Another way in which postprandial somnolence can occur is due to the increase of potassium, induced into cells of the body. This is known as insulin-induced hypokalemia. Similarly, hypokalemia can cause weakness, fatigue, and in severe cases, even paralysis. There are three stages of hypokalemia. The food-induced type is referred to as stage and only creates mild symptoms.

Ingesting carbs in large quantities are notorious for inducing postprandial somnolence. For example, every time I visit my favorite Italian restaurant and indulge in pasta and bread, I know that I am going to enjoy a much-needed food coma nap directly after my feast as a result of a large number of carbs I ingest. The reason for this predictable food coma is because carbs have a high glycemic index which means that there is significantly more glucose available for digestion by the body. The body concentrates on this process, therefore increasing the autonomic tone to the parasympathetic nervous system. 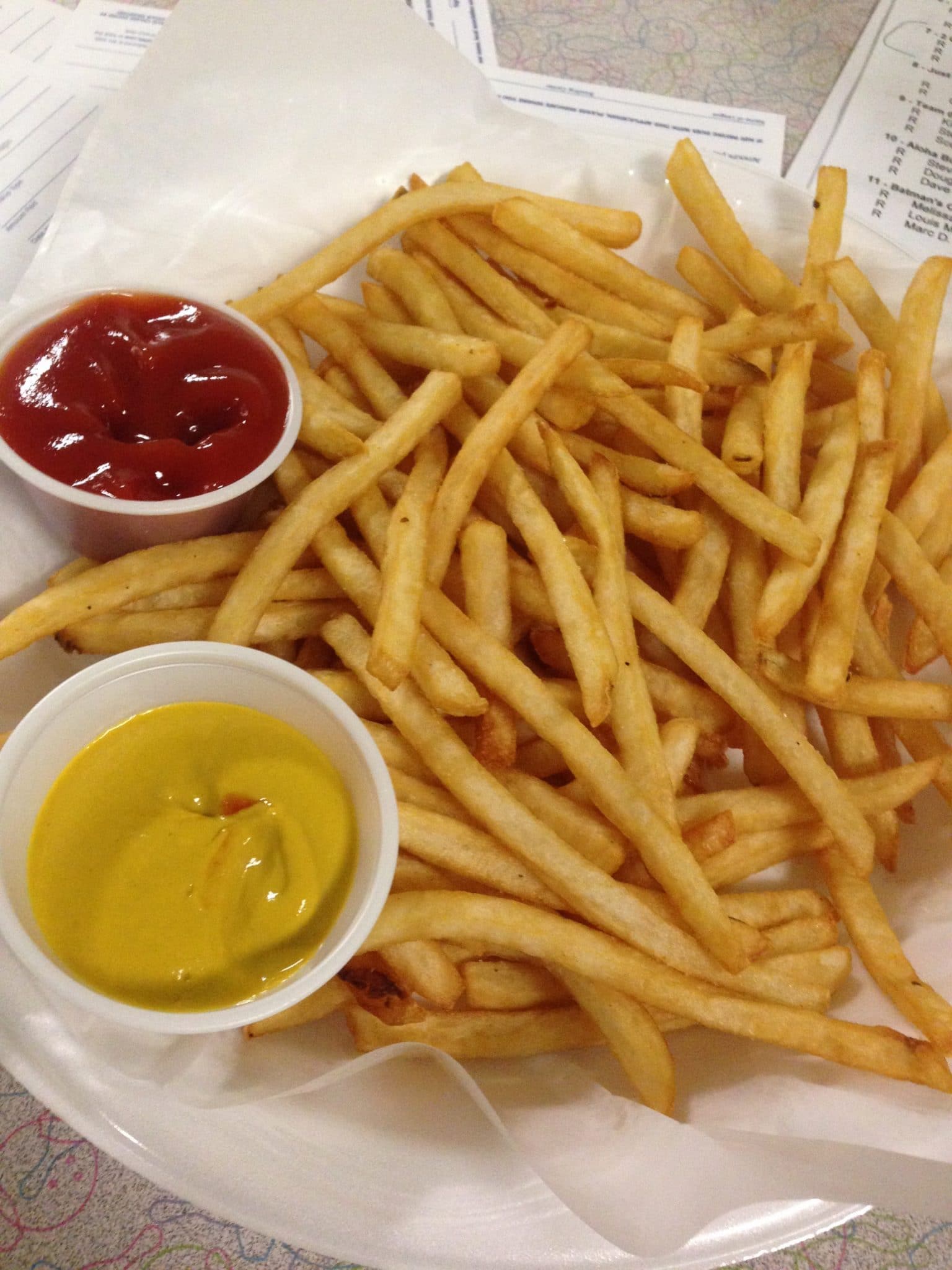 Most people love foods that are high in carbs but be warned, if you are going to eat a carb heavy meal, you may need recovery time afterward. Some of the meals that I have experienced a debilitating food coma after eating include

Of course, this isn’t a definitive list of foods to be wary of, but these items seem to create a noticeable side effect after a large meal. It can always be that large pizza I was referring to earlier. College kids know how hard it is to try to study after wiping out your favorite deep-dish delight.

I would venture to say that the carb-induced food coma is probably the most common. Carbs are necessary for the body to function and perform, but in excess, you are going to notice the feeling of fullness more than you would with lean proteins and vegetable dishes.

A pro tip would be to skip the high carb meal if you are planning on doing activities after dinner or if you are on a date. Napping after your meal or nodding off during a conversation may not be well received by the other party. 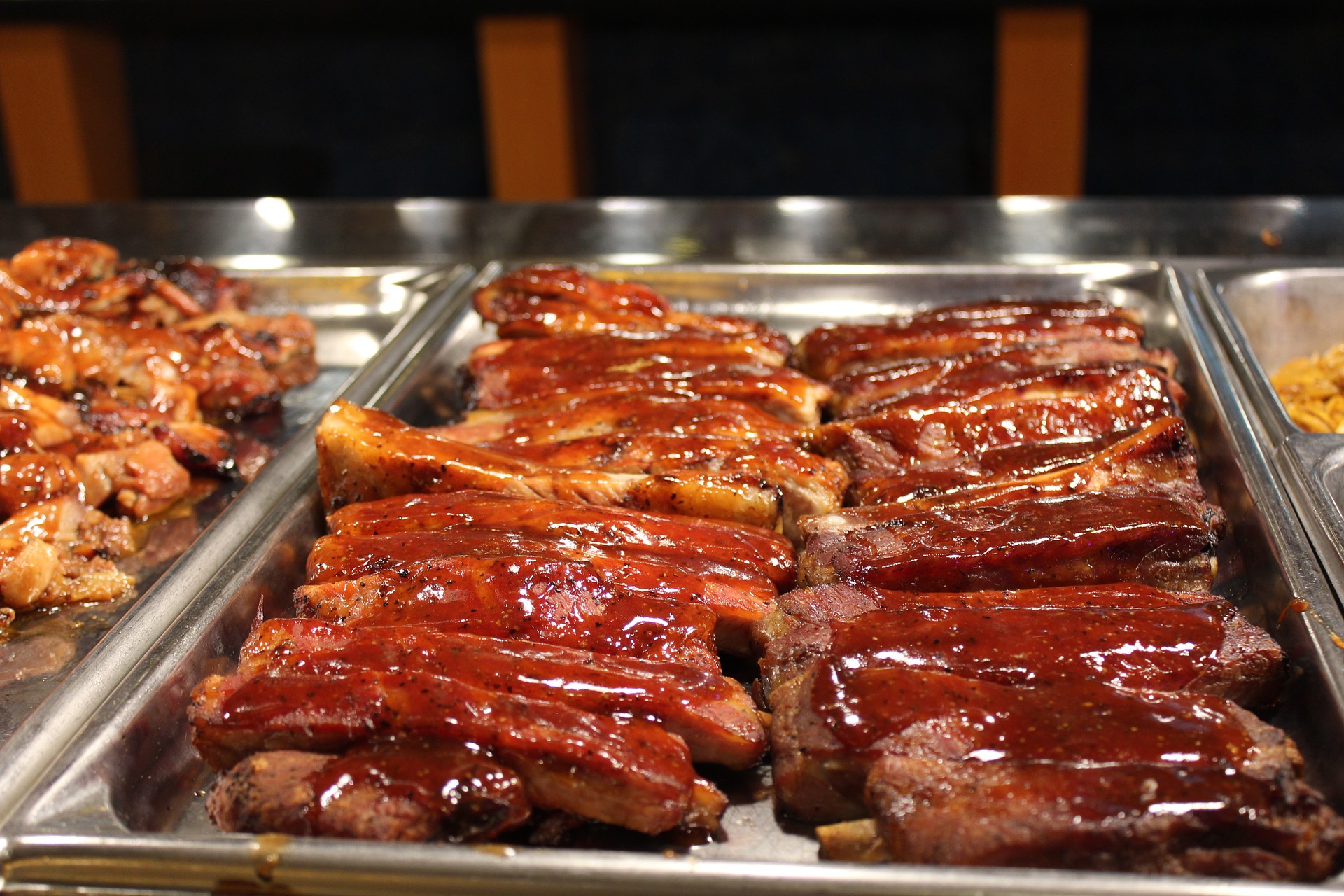 The meat coma is most commonly experienced at gatherings such as a barbeque or a holiday meal where there are several types of meat. The tryptophan theory comes into play when talking about a meat coma. Meat is a heavy food and requires extra attention for the body to digest. It is rich with fat and in most cases, has extra sauces and spices added to improve the flavor and texture.

Anyone who has eaten Thanksgiving turkey can tell you about the meat-induced food coma that follows. Whether or not tryptophan is the culprit responsible for a meat coma, or if it is just the result of naturally occurring hormones and processes the body experiences when digesting food, everyone can agree, the nap that follows is definitely a necessity if you want to function normally after your meal.

So what are some of the most common culprits associated with a meat coma?

I would have to say that beef barbeque with plenty of sauce is more than capable of creating “itis”. I feel that southern barbeque is especially guilty because of the high sugar content of the sauce that elegantly glazes the meat. Memphis barbeque relies on a vinegar based sauce that has a lower glucose content. A word of caution. If you are visiting the South and are invited to a barbeque, make sure you pencil in extra time for a long nap following the barbeque. If you love to eat, you might also want to make arrangements for someone else to drive because there will also be plenty of sides and other heavy foods that are hard to pass up. 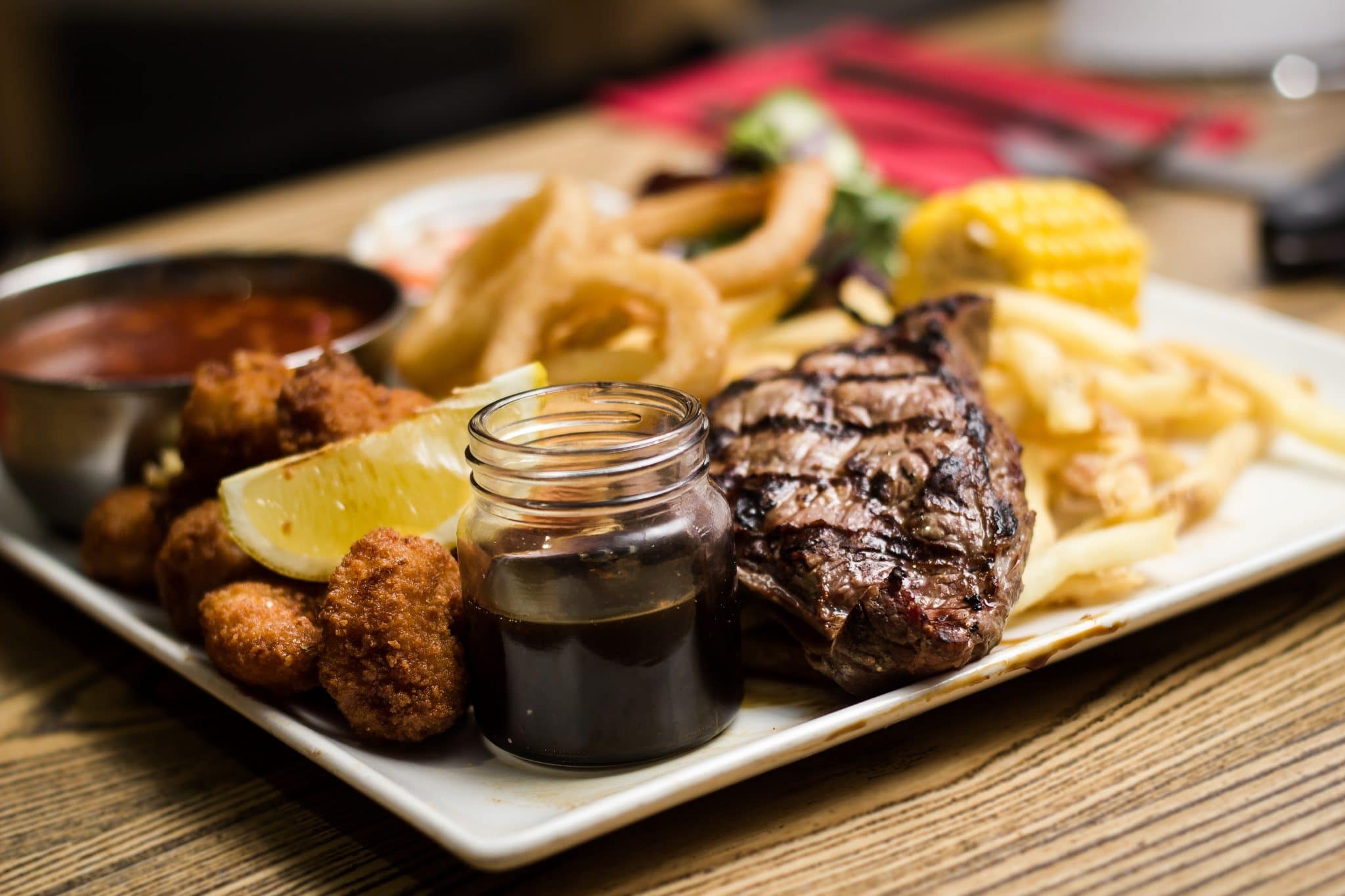 Next, on my list of meat coma culprits are the roast beef po-boy, or submarine sandwich, depending on the part of the country you live in. Living in the deep south I enjoy the occasional roast beef po-boys or debris po-boys, which consist of fork-tender beef roast marinated in a delicious au jus.

Regular roast beef is normally served with a layer of thick dark brown gravy. If the meat is simmered in the au jus until it falls apart, it is referred to as a debris po-boy. Between the rich thick meat and the sauce or gravy combined with french bread, you have the perfect recipe for a meat coma. Not only is this meal a guaranteed meat coma creator, it is also going to be one of the messiest, yet delicious meals you will ever eat.

Of course, there are plenty of other meat dishes that are going to effectively trigger the food coma response, but in my experience living in the South, this is some of the main selections that are going to have me snoozing during the day.

To sum things up, eating too much food is the way to trigger a food coma or the “itis”. This is known formally as postprandial somnolence. Foods that are rich in carbs and heavy meats are more likely to cause the feelings of drowsiness and fullness that you experience once the body’s digestive processes begin.

Although a food coma isn’t always an unwanted experience, if you have things to do after eating, then you will want to be careful about how much you ingest as well as the content of your meals.

Sometimes you simply have to skip that spaghetti meal and substitute it for a spring mix salad so you can make it through the day without passing out. It really is about balance and the amount of time you have to recover from your tasty meal. 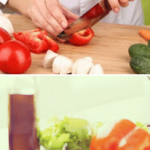 Shun Sora Knives Review: How To Get Shun Knives, Cheap 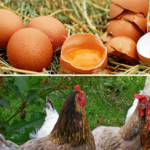