If you are a fan of foods that start with J, what are some of the foods that you like? How many can you think of off the top of your head?

My little brother’s name starts with the letter J, and he went through a phase where he wanted to eat all of the foods that started with that letter. Needless to say, he had a really weird diet for a few months.

What Are Some Foods That Start With The Letter J?

If you need to think of some foods that start with the letter J, look no further than this list. 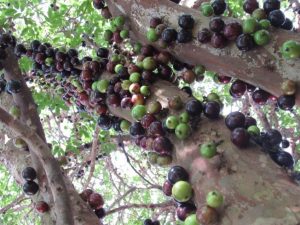 Jaboticaba is a fruit you probably have not heard of just yet, but it is being touted as the next “big food” in health food circles. It is a purple, tough-skinned, grape-like tropical fruit that is mainly found in Brazil.

If you are a vegetarian or a vegan, you have probably had jackfruit or heard of it. It is an ugly fruit that grows on trees. When you pull it open, it doesn’t really look all that appetizing.

However, when you mix it with sauces or spices, you can get the taste of meat. I’ve also had dried jackfruit which is good but tastes a bit like dried apples. 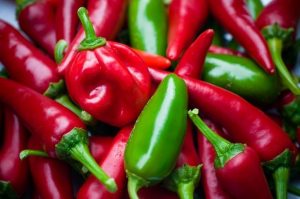 Jalapenos are an approachable form of peppers that most people have eaten on nachos or as “jalapeno poppers.”

They are longer, thinner peppers that you can also pickle. Most people will clean out the seeds and “ribs” before eating them. If you want to keep some heat, you can keep some of the innards.

Jam is a delicious topping for many different types of foods, including bread, muffins, bagels, and even desserts.

One of my favorite cakes actually has jam between the layers. It is made with a fruit of your choice (it usually works best with berries, in my opinion) and is a bit thicker than a traditional jelly.

Jambalaya is one of the most popular dishes of West African influence that you can find in almost every country. This could also be because it has French, Spanish, and Native American influences.

Jambalaya consists of a rice base with vegetables and whatever meat is available. Usually, it is a sausage of some sort or another type of smoke meat. However, it can also have crawfish or shrimp. 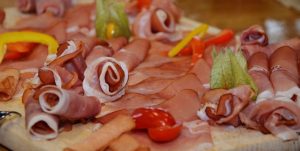 In the United States, we tend not to have as many names for pieces of meat as we just call them by the name of the animal. In many cultures, this isn’t the case.

Jambon is a meat that is cut from the thigh of a hog that is then preserved or served wet.

A Japanese plum isn’t something we eat often because they are super sour. They are small and usually eaten wet, when they are eaten.

The Jarrahdale is a flavorful, grey-skinned pumpkin. It is absolutely amazing to eat hot but you can also eat it cold. Native to Australia, it isn’t that popular outside of there because it is harder to transport. If you can find it, you should roast it.

You’ve definitely had jasmine rice before now. Jasmine rice is a type of long-grain rice from Thailand. It is a cheaper option, which is why so many people eat it. In my home, we make brown jasmine rice, but you can also get it in white. 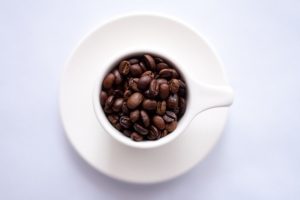 Java is another word for the most addictive substance in the world: coffee. We call the beans used to make coffee “java beans” and there are even some coffee shops named after it.

You will sometimes hear people say, “I need some java,” when they need coffee. It is, unfortunately, going out of favor.

Jawbreakers come in a few different sizes. Most iconically, they are massive pieces of candy that you cannot even fit into your mouth. They are layers and lawyers of hard sugar wrapped around a center ball. With each layer, the color changes and the flavor varies ever so slightly. 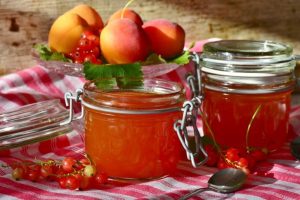 Who doesn’t love Jello? This sugary treat is made with gelatin, sugar, water, and a few other ingredients.

In just a few steps, you have a fantastic mixture that you can then cut into cubes, mix with liquor, add whipped cream to, or put it into a mold. In my family, we will put red Jello into apple-shaped bowls.

Jelly and jam are often thought of as the same things, but they are quite different. Jelly is a thinner, more sugary form of jam.

It is great for peanut butter and jelly sandwiches and certain desserts. Jelly is also much more affordable and easy to find in grocery stores. It tends to be either grape or strawberry flavored.

Jelly beans are smaller pieces of sugar spun and “jellied” to form an egg or bean shape. There are so many different types of jelly beans out there today, including ones that are supposed to taste disgusting, some that taste like soda, and even ones that taste like whole meals!

Jerky is dried meat that has been smoked for a long time. You can make many different types of jerky, including turkey, pork, beef, and venison. Some outdoor stores will sell jerky from other wild animals as well. Increasingly, you can also find “fojerky” or mushroom jerky. 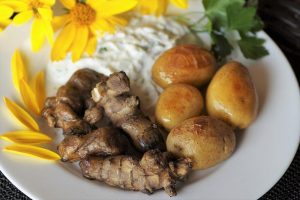 When I first saw Jerusalem artichokes, I had absolutely no idea what they were – I thought maybe ginger. Jerusalem artichokes are actually sunflower tubers that need to be cleaned quite a bit before you can eat them. Then you can boil, fry, or eat them raw.

Jicama is a vegetable that doesn’t look all that approachable, but it is actually really easy to use.

I either roast my jicama with some garlic powder, onion powder, and salt or I use my air fryer to cook up some jicama french fries.

Depending on where you are from, you may not have ever heard of the term “Jimmies,” but you have had them. “Jimmie” is another word for sprinkle in a large part of the United States centered around Philadelphia. There are chocolate jimmies and rainbow jimmies.

Some may know the John Dory fish as the St. Peter Fish because of its markings. It actually falls into a group known as “Butterfish” in southern Australia because it tastes like butter.

When made properly, it will melt in your mouth. The best thing to do is use very few spices, as it doesn’t need them.

Have you heard of a Jook? You’ve definitely seen it. It is a rice porridge that is made in huge amounts. You take rice and boil it in a massive amount of water.

It is often eaten for breakfast in China, Japan, Indonesia, Burma, and other regions of Europe. 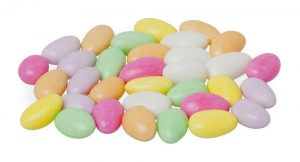 It is served at many fancy events in place of chocolate-covered raisins or nonpareils as the chocolate doesn’t melt as quickly.

A Julep is a type of drink. While most people think of “Mint Juleps” because of the Kentucky Derby, it is actually a term used for sugar, bourbon, and mint over crushed ice. There are many different flavors of Juleps.

Junior Mints are most commonly eaten at movie theaters. They are chocolate coated soft mints that melt quite easily. Most people aren’t a fan of them, but those who are fans of them tend to be quite passionate about how good they are.

Juniper berries aren’t going to be something you eat all that often, but you may if you are a fan of gin. They are scaly and a little bit difficult to work with, which is why so many people avoid them.

These are just a few of the foods that start with J that you can find all around the world. My personal favorite is Jelly Beans, but some people don’t like how sweet they are. If you want to expand your horizons when it comes to food, I suggest trying to make some jackfruit BBQ.