What Are Some Foods That Start With The Letter N?

How many foods can you think of that start with the letter N? Try to think before you read down the list any further – you’ll probably come up with some good ones.

Naan bread is a flatbread that is common all over the world, but it is traditional to Western Asia, the Caribbean, and South Asia. Traditionally, Naan was baked inside a hot oven using charcoal or wood. Now, it is easy to find mass-produced at most grocery stores.

Naan is popular because it is low in calories but has a good supply of protein. It has vitamin B, manganese, and selenium, as well.

One of my favorite snacks, nachos can be personalized to your tastes. Made on a bed of tortilla chips, you can add everything from beef and cheese to lettuce, tomato, onion, mayonnaise, cheese, and olives. They are best when you build your base and put them into the oven to bake. Perfect for an appetizer or to eat with friends, you get a slightly different taste with each pull of the chip.

A Nashi pear, also known as the Asian pear, is another food that goes by so many different names that you might not recognize it. Also called the apple pear because it looks like an apple in both size and shape, it is native to East Asia. The pear has fiber and magnesium, making it a fantastic snack. 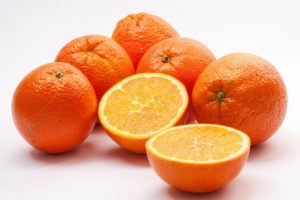 Navel oranges are so named because they have little spots on them that look like belly buttons. Discovered in Brazil, they are seedless. Many people consider them to be the perfect example of a fruit because they have a ton of fiber, vitamin C, and potassium and can help to protect against many diseases, including cancer, diabetes, and heart disease.

Navy beans are one of the most common types of beans that you can buy, but you may know them as one of their many other names, including: haricot, pearl haricot bean, Boston bean, white pea bean, or pea bean. Navy beans are a dry, white bean that you can use in so many different recipes. I like to use them in soups, but many people will use them for baked beans too. 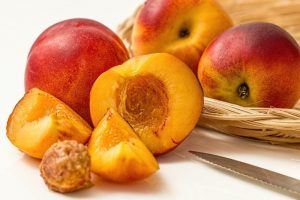 Another great fruit is the nectarine. Sometimes confused with the peach, but it really tastes quite different. It comes in many different colors, including red, orange, yellow, and white. There is a pit in the middle of the fruit, which adds to its comparison to the peach. Nectarines are among the best fruits available in the winter months and are said to help with metabolism.

The neep is a vegetable you’ve had, but you’ve probably called it by another name. The neep is more commonly known as a turnip. It’s a fleshy taproot that is used in many, many recipes and in many cuisines. That is because it can be grown almost anywhere and it is easy to store. The greens and the roots are tasty and packed with nutrition. If you want a food that is filled with good stuff, you’d be hard-pressed to find a better option.

Neopolitan ice cream is a popular way of packaging ice cream so that it contains vanilla, chocolate, and strawberry ice cream in one container. It is made to allow for more options, but it can be eaten all at the same time.

These hard little sugar candies are some of the most popular around Halloween. Coming in bright colors like pink, purple, red, and blue, they are easy to eat and even easier to make a mess with if you spill them out of their boxes. One easy way to use Nerds is to sprinkle them over a cake. 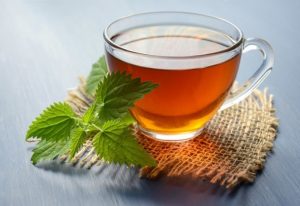 Nettle is a leafy green that can be used to replace spinach in many recipes. It is a little harder to get because they actually sting you when they are raw. By cooking them, you reduce the ability to sting. You can also use nettle in some raw recipes, like in pesto.

Neufchatel cheese is the oldest known French cheese, and it isn’t cream cheese, despite being sold right next to it in most grocery stores. It is an unripened cheese that is made with cow milk. If it is left to ripen, it will develop a soft, bloomy rind, like a brie or camembert. However, that isn’t how it is sold when it is created for most distribution.

Nigella seeds are probably known as something else (caraway, black seed, etc.) to most people, but in the United States, we call them Nigella. The seed is native to South Asia, but it can now be found all over the world. It has a lot of health benefits, including regulating blood sugar and lowering cholesterol.

A noisette is another name for the hazelnut. It is a bigger nut that can be used in many recipes and cooking. It is the primary ingredient in Nutella, which is also on this list of foods that start with the letter N. 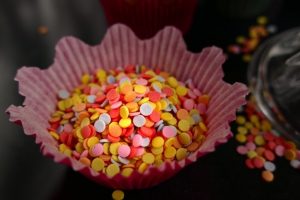 A nonpareil is a tiny or mid-sized piece of chocolate that has tiny, balls made out of sugar on top. Traditionally, they come in dark, white, or milk chocolate. You can also get mint-flavored, which are often colored with pastel white chocolate and used at baby showers.

Noodles can be found in almost every cuisine all over the world. They are, to me, the perfect food. You can put them in soup, add sauce, simply use butter, or make them with tons of ingredients and they are all good. While they aren’t all that great for you in massive quantities, they are usually part of complete meals.

Do you love the taste of seaweed? Then you probably love Nori. Nori is a Japanese term that refers to all seaweed that is edible. It has a very strong flavor that is most evident when it is used as a wrap for sushi.

When you buy dry seaweed to snack on, that is also called Nori. Many vegans or vegetarians will use it when they are cooking to add the fishy taste. Nori nutrients include copper, iron, zinc, phosphorous, potassium, and many other trace nutrients.

Northern pike is a type of fish that you can eat, even though most people don’t because it has so many bones. In fact, some communities will have competitions to see who can get the most meat off of the fish, and then they will have a cookout.

Nougat is a beautiful filler ingredient in many chocolate dishes. Nougat is extremely chewy and can sometimes feel like it will pull out your fillings. There is another “nougat” that people think about, even if it isn’t the same thing. This is a nougat that is light and whipped. 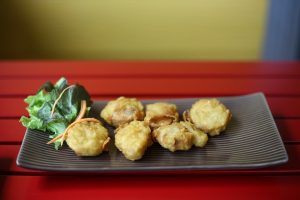 Nuggets are small bits of something that are battered and then bakes or deep-fried. You can have different types of nuggets. Most people will think of chicken nuggets, but there are many more types of nuggets: pretzel, corn, potato, veggies, and zucchini, just to name a few.

Chicken nuggets are the most popular because they are easy to make and served at almost every restaurant you can imagine. 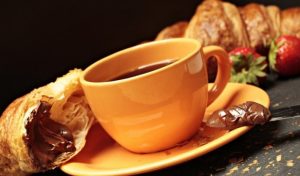 Nutella is one of those things that people have really strong feelings about when you bring it up in a crowd. Most of us love the taste of this hazelnut spread that can be used in place of peanut butter in most recipes. While my favorite way to eat it is on a spoon, you can use it in cakes, custards, and sandwiches.

Nutmeg is a spice that many people will use around the holidays. I like to put it in cookies, cakes, breads, and even on top of sweet potatoes to really get into the feel of the seasons. Some people will even use it as a spice in their coffees or other warm seasonal drinks!

Nutritional yeast is a versatile ingredient that is used in many vegan recipes to replicate the taste and consistency of cheese. While it isn’t one “thing,” it gets its name from the protein, vitamins, minerals, and antioxidants it contains. It is made out of a species of yeast known as Saccharomyces cerevisiae and a few other ingredients. The yeast cells are killed when it is made.

These are just a few of the foods that start with N. There are many other fruits and dishes in cultures and cuisines that you may not even know about, but you may be interested in hearing about or trying them.