If you are the type of person who is interested in trivia, or maybe you need to help your kid make something for school, you might have this question: are there any foods that start with the letter X? The answer is a resounding yes, but they are probably foods that you haven’t heard of before now, especially if you aren’t a very adventurous eater. Foods that begin with the letter X are typically from other cultures that use the letter more often.

Even so, we were able to find 25 different foods that begin with the letter X. Let’s break them down:

There are a bunch of foods that start with the letter X. Some of them are recipes, while others are just ingredients. Don’t be afraid to try some of them, even if they seem a bit strange to you.

We are starting out with something you may have seen, but probably haven’t heard of this food that starts with the letter X. Xoconostle is a fruit native to the Central part of Mexico. It is a prickly pear cactus that has a sour taste that means most people won’t’ like it. However, if you like sour foods, give it a try!

Xinomavro grapes have been some of the most popular grapes for a long time for one reason, they make wine. These were the grapes used by the ancient Greeks as they learned to make wine. It was used primarily for bacchanals, Greek weddings, and other important events in Greek culture. Today, the grapes aren’t used as frequently but they are still found in Macedonia and other areas. They are sought after (and create quite expensive wine) because they have good tannic character and they age extremely well. 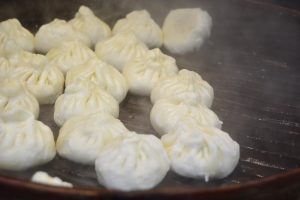 Xiaolongbao is a type of Chinese steamed bun. It is most closely associated with the Wuxi and Shanghai areas, but it can be found elsewhere. You may have heard of this before, but didn’t know what it was. We call them “soup dumplings.”

Xavier steak isn’t the name of the cut of steak, but rather the recipe. It has three parts and is relatively easy to make: steak, asparagus, and swiss cheese. All you need to do is make the stake to your liking, top it with asparagus cooked to your liking, and then melt the cheese over the top. It is a rather hearty meal, so stock up on the asparagus!

Xanthia is a cocktail that you can make for your next special occasion.l It is made from 3/4 ounce yellow Chartreuse, 3/4 ounce cherry brandy, 3/4 ounce gin, and 3 or 4 ice cubes. Make sure to mix it really well and keep it cold as you serve it.

Xingren Donfu is a popular dessert that you can find in China and Beijing. Like many other Asian desserts, it is becoming popular all over the world. It is made of almond milk (or another type of kernel milk), agar, gelatin, and sugar. It is very, very soft.

Xampinyons en salsa mushrooms is a tapas dish that you can find in many Latin American countries. It is made with wild mushrooms that are stir-fried in onion and garlic. It is served with a tomato puree, sherry, and spiced with cloves, salt, and black pepper. It is usually served cold, but some people do prefer it heated.

Xoi is an extremely popular and cheap dish eaten in Vietnam. It is a kind of sticky rice that people will use as a base for other recipes. Most people add sesame, soy sauce, or a type of meat with its liquids. They will eat the main meal first and then use the rice to soup up anything leftover.

Xiangcaojing is a type of vanilla extract that you will see in some recipes. It is present in many recipes from Vietnam, China, and other Asian countries.

Xiguas are melons that you can find in Africa. They most closely resemble watermelons, but they do have a different taste. Xiguas are members of the gourd family and they taste slightly sweet. The word actually means watermelon in Chinese, but you will find that the taste is different. 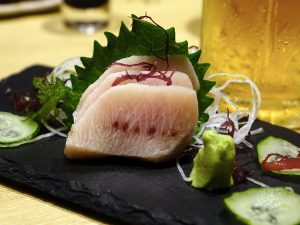 Xiphias means “swordfish” in Greek, and while it isn’t eaten widely, there are some recipes that call for this fish. When you cook it, it will lose some of its fishiness.

Xidoufen is a boiled dish that is made up of crushed garlic, spring onions, coriander, ginger, dry chili flakes, and a good quality pepper oil. It is probably one of the most famous soups in the Yunnan province and it is served with Chinese flatbread.

Xalapa is a punch made of out rum, red wine, brandy, black tea, and heated orange rinds. It is a seasonal drink in many Latin American countries.

Native to Spain, xouba is a small, sardine-like fish. They are often caught with sardines and called the same thing. They go into many different recipes, but most people prefer to eat them fried or stewed.

Xacuti is a curry from Goa, India. It has a slightly spicy taste but it actually isn’t as spicy as some other type of curry. It is made out of coconut paste and a homemade spice blend. The key ingredients are skinned chicken pieces with the bone (or, in some instance, goat meat), Oil, Bay leaves, Onion, Salt, Oil, Cinnamon stick, Cloves, Black peppercorns, Coriander seeds, Cumin seeds, Kashmiri chilies, stalk and seeds removed, Onion, Green chilies, Garlic cloves, Oil, cashew nuts, white poppy seeds, and unsweetened coconut.

Xocalati is a word that you may have heard of before – or you may recognize. It looks like the world “Chocolate” in English because it actually is chocolate. It is a word that comes from the Aztec language Nahuatl. It was used to classify the cacao beverage that the upper class would drink, a predecessor to what we now call hot chocolate. The methods that they used eventually set what we use to make milk chocolate today. 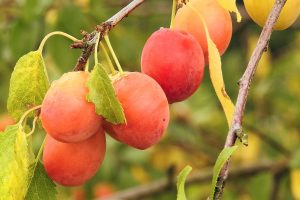 Ximenia is a fruit tree that grows primarily in South Africa, Tanzania, and Ethiopia. The fruit tastes a bit like a plum, but has a different color story. It is a lemon-yellow color or, in warmer climates, it is an orange-red color.

Xia is a type of Shrimp that you can find in China. It tends to be a bit less flavorful than the shrimp you are used to eating. However, they can hold flavors much better, which is why they are preferred by some people.

Okay, this one might be a bit of a stretch, but Xmas cookies are delicious and if you are looking for an excuse to eat them at a different time of the year, you might have one now.

XO sauce is an extremely spicy seafood sauce from Cantonese cuisine. They put it on pretty much everything, but it is extremely common to use on rice.

Xylitol is another ingredient that you won’t eat on its own, but you will eat it in recipes. It is actually becoming more common in recipes as well. It is a naturally occurring alcohol that can be used as a sugar substitute. You will most often use it or eat it in candies and in oral care products. It doesn’t cause plaque and tooth decay, which is why you will find it in many kinds of toothpaste and other oral care products. If you chew gum regularly, you actually want to look for this ingredient.

Xi Gua Lao is a traditional dish from Beijing. It is most often served during the summer months and has watermelon, chopped cherries, agar, sugar, and vanilla powder. This mixture is becoming increasingly popular at restaurants in the western world, but they don’t always get the ingredients right.

Xanthan gum can’t really be eaten alone, but it is an integral part of so many recipes. It is a binding agent used in salad dressing and baked goods that comes from the fermentation of corn sugar. 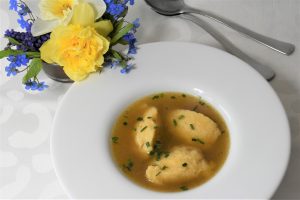 Xavier soup is something that you have probably tried before but you knew it as a different name or no name at all. It is also known as Xavier supper in some circles.

It is an Italian dumpling soup that is slowly made with roasted chicken stock. While it isn’t eaten all that commonly, it is is traditionally served on the feast day of St. Francis Xavier in early December. Many of the other Italian chicken soups that you enjoy stemmed from this one.

Xnipec is a Mexican salsa made from fresh ingredients. The word means “nose dog” or “dog nose” because it is said to be so spicy that if you eat it, your nose will start to sweat like a dog’s. It is made with tomatoes, onions, peppers, cilantro, orange juice, lime juice, and salt. 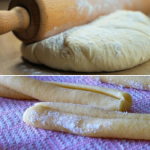 How To Make & Form Cecamariti Pasta 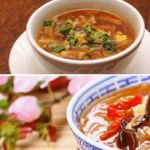