Frozen sour cherries are extremely versatile in our kitchens, and thus, running out of them is not acceptable.

Ever Heard of Sour Cherries?

If you’ve never heard of sour cherries, don’t beat yourself up about it. It’s more of the fruit’s fault than yours. The sour cherry is a summer fruit that stays in season for only a few weeks—maybe 4 to 8. Usually, the fruit is available from early June to late July.

With such a fleeting season, the fruit is also highly perishable. It’s almost as if it doesn’t want us earthlings to enjoy it fully. It is a nutritious, thin-skinned, dark red spherical fruit with a tart yet complex flavor. Red sour cherries are more likely to be eaten within a recipe than to be eaten raw, at least as opposed to their sister species, the sweet cherries.

These tart cherries come in handy when making cocktails, jams, cakes, pies (like the classic cherry pie), and even savory dishes. Common species include the Montmorency and Morello species. Due to its transient season and its ability to easily perish, preserving them becomes paramount, and that’s where frozen sour cherries come in.

Organic frozen cherries have the same taste, color (both its juice and flesh are red), and nutrients intact. Thus, they’re quite reminiscent of fresh cherries. Frozen tart cherries are usually free from added sugar. Other ways in which fresh cherries are preserved are:

Tip: Do not use dried ones for pie since pies need the juice of the cherries.

The best place to get fresh tart cherries when they’re in season is at the farmers’ market. To buy frozen sour cherries, check your local supermarket or shop for them online.

Making your own frozen sour cherries is not so difficult a task, especially if you’ve got quite a lot of cherries. Rather than let them go to waste, freezing them up is a good idea. Before deciding on doing this, please make sure you have a really good freezer.

For pre-sweetened frozen ones, place them in a container and drizzle sugar over them. Leave them until they start to yield a syrup before transferring the container to a freezer.

Frozen cherries are easy to make and they can keep for more than a year. However, they won’t have to keep for so long if you have enough uses for them. They can be used to make cherry juice, jam, rice pilaf with sour cherries, savory compote, homemade cherry wine, and desserts like the famous cherry pie, sour cherry clafoutis, sour cherry strudel, sour cherry galette, or cherry coffee cake. 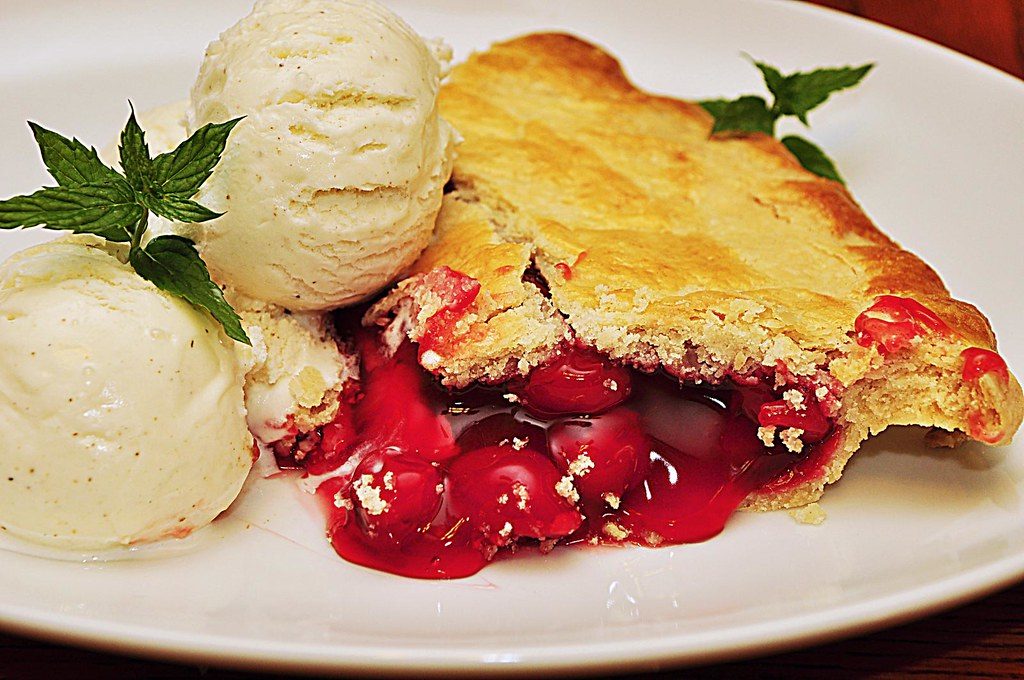 How To Pit Sour Cherries

Working with sour cherries can be pretty stressful, especially when you have to pit a lot of ‘em. The process can even get messy if you don’t use the right pitter for the job. Cleaning up such a red mess isn’t something you’ll look forward to. Before pitting, wear an apron, just in case. And also, have a bowl directly under your pitting space to catch the juice.

Use a chopstick or a straw.

They both work in a similar fashion to remove the pits. First, twist the larger end of the chopstick or straw into the cherry, at the end which has the stem. Then, locate the pit with your tool and employ force to push it out. 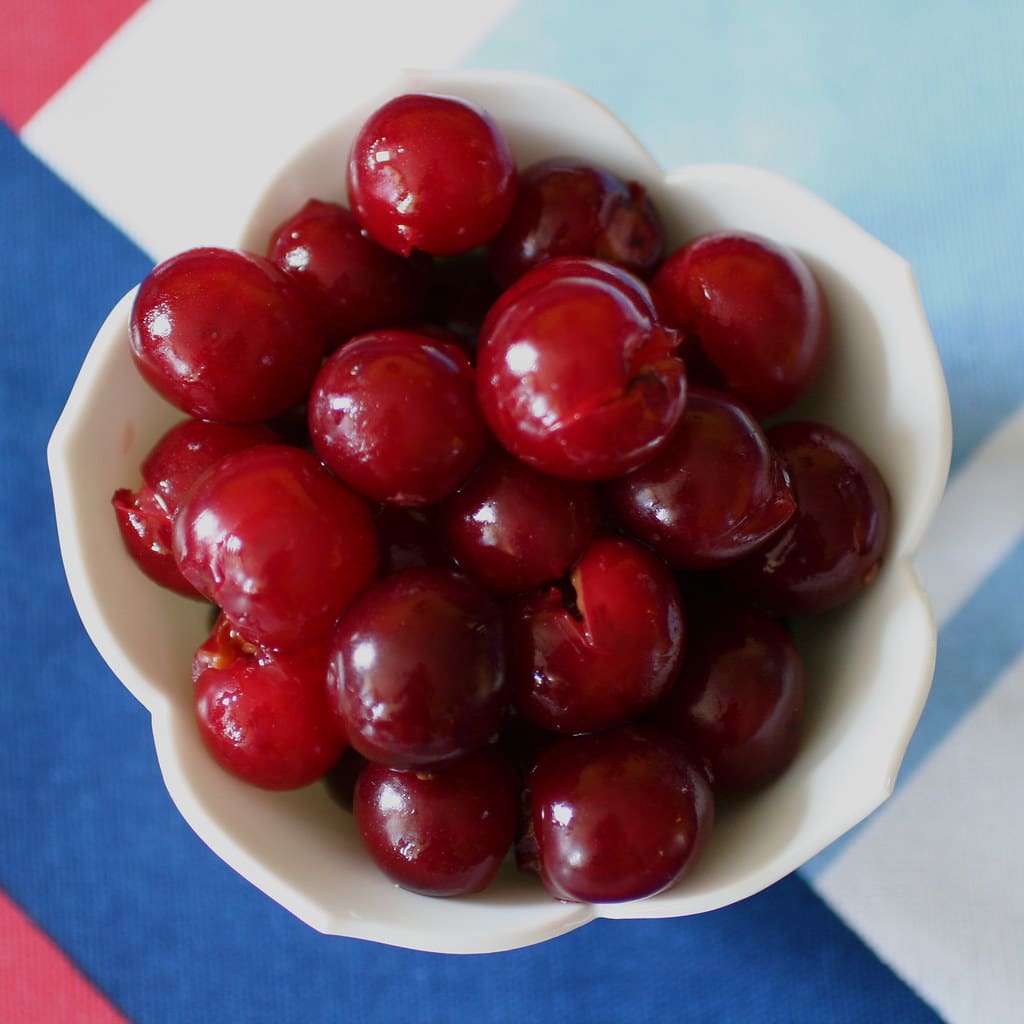 Use a cherry pitter. There are 2 types available and they’re the manual (works for one cherry at a time) and the automated pitter. Cherry pitters are reported to misfire at times. That is, they don’t aim well at the pit, but that’s what happens when you’re not using the best pitter available for your pitting needs.

It can also be because you don’t quite know how to use the pitter. For a manual pitter, the mechanism will mostly just trap the pit at the bottom of your fruit. Thus, you’ll need to use your thumb to fully take it out. Also, pitters do not work that well for very small cherries.

Other methods include using a paring knife to cut the cherry into two halves in order to get out the pit, or, using a knife’s surface to press down on the cherry until it pops out the pit. Both ways are inappropriate if you intend to freeze the cherries later on.

Apart from the obvious benefit of having the great taste of frozen sour cherries all year long, you will also be serving your body right with nutrients.

As a berry, frozen sour cherries’ nutritional benefits include a truckload of antioxidants for the body. Frozen sour cherries are incredibly rich in phytochemicals, vitamin C, and antioxidants. These all collectively work to reduce the risk of certain cancers, such as colon and breast cancers.

They also enhance heart health. These are heart-healthy fruits that reduce inflammation and alleviate the symptoms of gout and asthma.

You don’t have to wait once a year to enjoy red sour cherries. Get yourself some frozen sour cherries and enjoy the tarty taste, complex flavor, red-colored juice, and of course, the nutrients.