Deli meats were a part of the culinary world that I neglected for a long time. I’ve always thought of myself as a bold, adventurous cook, and my forays into the sandwich world attempted to reflect this. I’d always use some “fancy” leftover meat or an array of cheeses and vegetables that tried to prove something. Alternately, I’d make myself a peanut butter and jelly sandwich. There was no in between.

I was at a party when I realized the error of my ways. I was happily munching on a pretty normal party tray of cheese, salami, and crackers when I found myself thinking, “darn, this is pretty good.” My culinary mind immediately started scrambling and searching for ways to showcase the ingredients I was enjoying.

I quickly realized that the natural way to serve salami and cheese was on a bit of toasted bread, with a drizzle of sauce and maybe a couple of carefully chosen toppings. I made a mental note to explore this later. On my way home, I realized that I had managed to “invent” a perfectly normal sandwich.

I had paninis, of course, and I had partaken in the occasional Reuben or BLT from a deli. For some reason, however, my mother’s discount turkey and mayo sandwiches continued to be what sprang to mind when I thought of sandwich meat, right up until that party. I tried to catch up on a lifetime of cold cuts afterward. 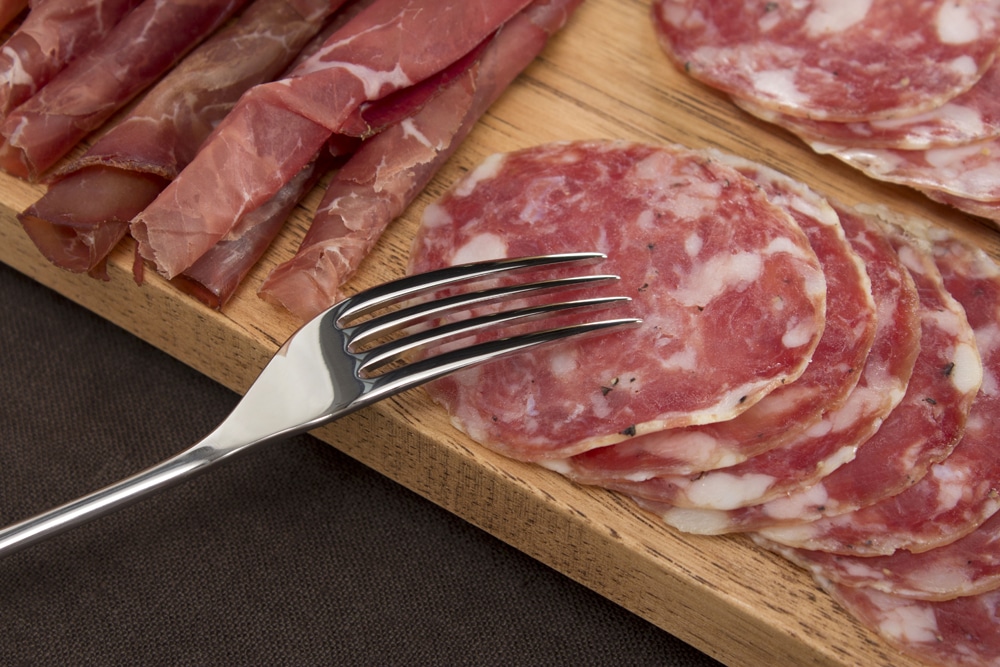 The thing that I learned was that sandwiches can be both delicious and simple. Few things beat a bit of mozzarella, some well-chosen salami, and a drizzle of olive oil on two slices of bread. Preparing sandwiches (or paninis, or whatever you want to call them) like this is incredibly easy and only takes a few minutes. You can get more complex, too, by layering in other meats, adding vegetables, or even using a fancier kind of bread. The most important thing, however, is finding a salami that you like.

Here’s a rundown of everything I know about salami so that you can begin making your own delicious sandwiches.

Salami is a general term that refers to fermented, aged meat. In this context, “fermented” means that the meat has been deliberately exposed to certain types of bacteria. During the aging process, these bacteria release chemicals that react with the meat and change how it looks, tastes, and smells. 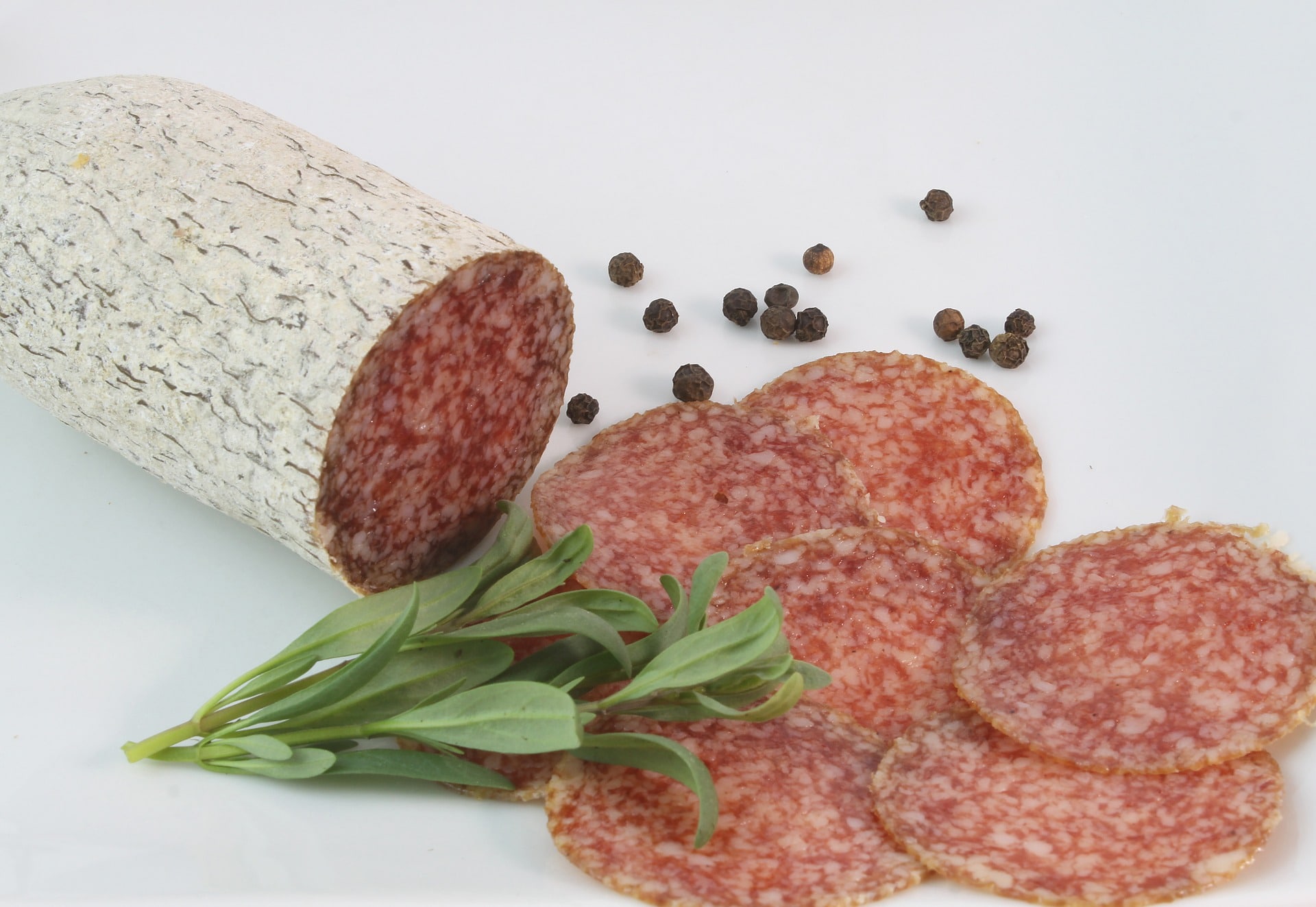 This sounds pretty gross, but it’s a common process as far as food is concerned. We eat and drink a LOT of fermented products, including many kinds of cheese, most liquor, and a few types of bread. Depending on how strict your definition of fermentation is, you might also count any bread made with yeast, yogurt, and other foods with live cultures. In other words, fermentation shouldn’t scare you off of salami.

Salami can be made with just about any type of meat. You can find beef salami, veal salami, pork salami, and even donkey, horse, and goose salami (although those last three are hard to find in the US). The meat is mixed with seasonings before it’s fermented. These seasonings can include salt. garlic, wine, fat, vinegar, and a pretty wide range of spices.

One thing that most types of salami have in common is the sausage casing. Salami is almost always stuffed in some sort of casing and left to dry. The casing is sometimes smoked in order to speed the fermentation process and impart a smoky flavor into the meat. When it’s done, the salami cases are taken down and sold.

What Is Genoa Salami?

Genoa salami is a specific style of salami that originates in the Genoa region of Italy. It’s made with pork, wine, garlic, salt, and pepper. It has a tangy fermented flavor and is one of the more popular varieties of salami in the US.

What’s The Difference Between Hard Salami and Genoa Salami? 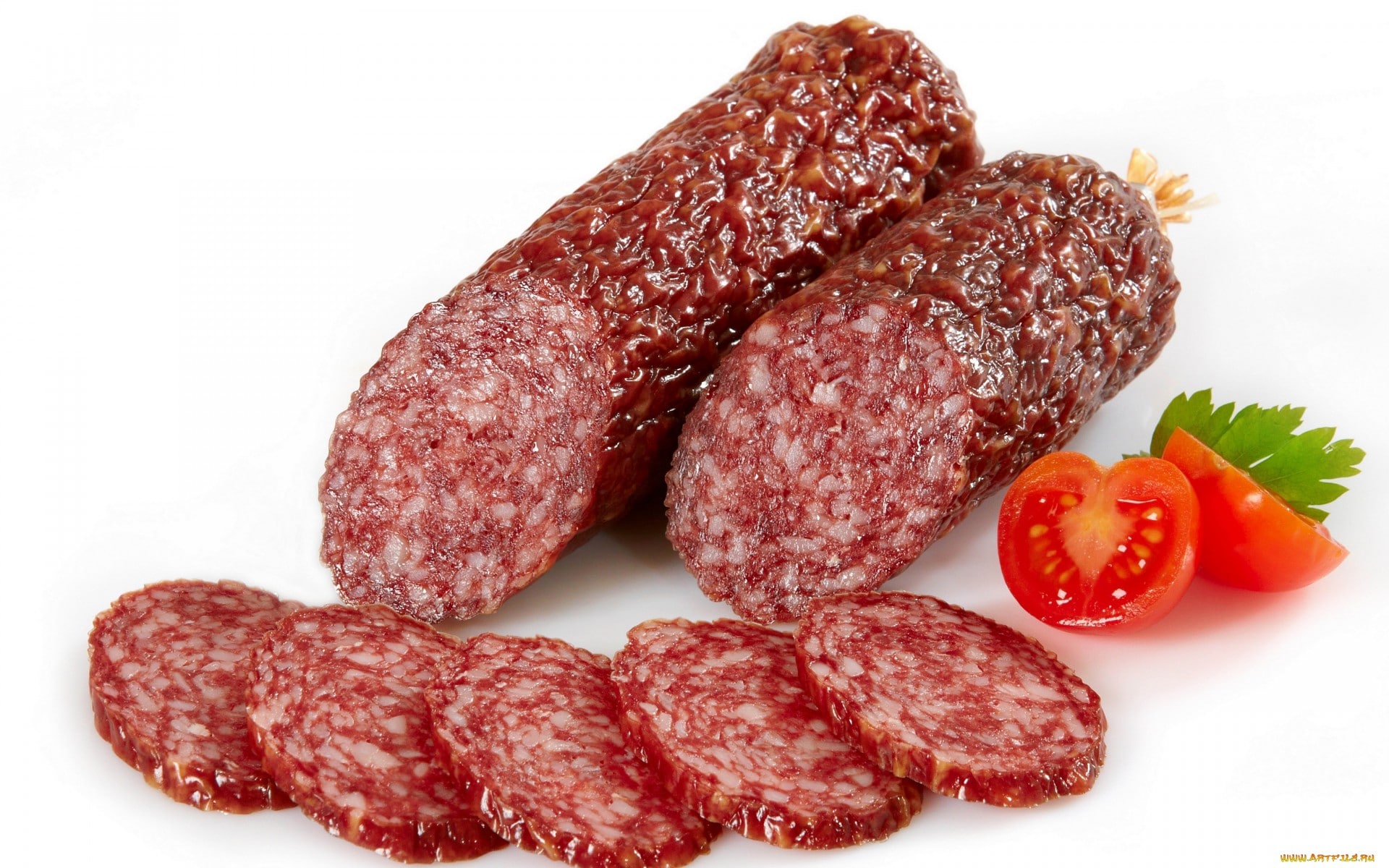 In the United States, “hard” salami usually refers to a variety of salami made with smoked beef. This salami is pretty dry, stiff, and somewhat “hard,” giving it the name. By contrast, other salamis (including Genoa salami) are a bit moister and greasier.

As far as which goes better with what, there’s no hard and fast rule. Honestly, I like using both in the same sandwich. Hard salami is bold and subtle, while Genoa salami is pungent and sharp. Try using hard salami to accent other meats and milder cheeses and try Genoa salami almost entirely on its own, with just a little bit of mozzarella and not much else. Then try things the other way around. The first way might make more sense on paper, but I think that both types of salami go pretty well with just about everything.

What About Dry Salami vs Hard Salami? 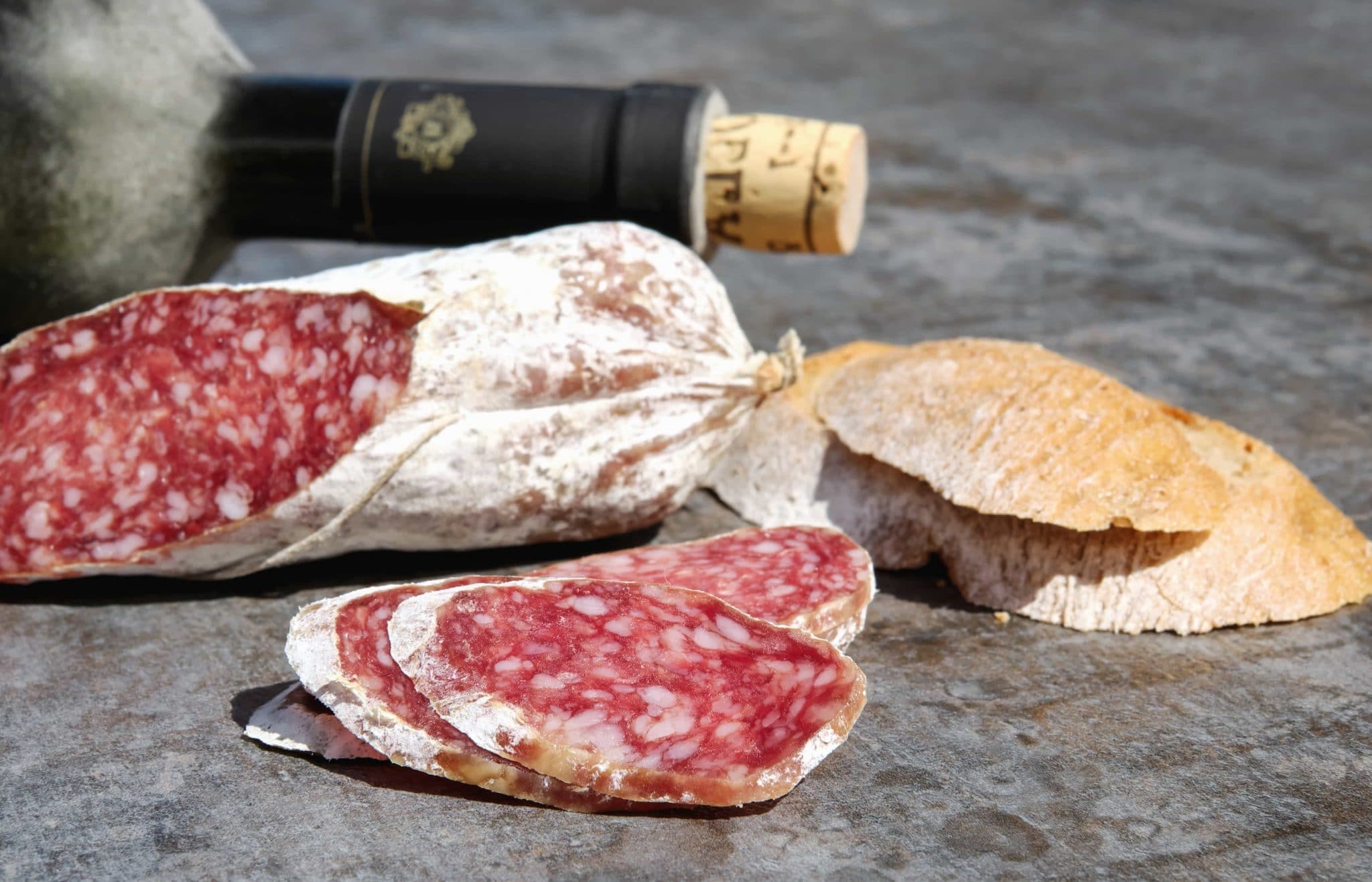 Hard salami and dry salami are the same things, at least in the US. In Italy (and in fine delis around the world), there’s a bit more of a distinction, but you still won’t’ get very far using the words “dry” and “hard.” Instead, ask for a soppressata or a finocchiona, or ask to try two similar styles of salami from two different brands. Salami is very much like wine: not only is it fermented and aged, it also differs quite a bit from one brand to the next.

In general, “dry” or “hard” salami is made without too much fat (to reduce grease) and isn’t moistened with wine, vinegar, or must. This leads to a drier texture. It doesn’t necessarily lead to particularly hard texture, just one that’s drier and harder than a wet salami. You can find fine “hard” salamis that are much chewier than the cheap salami you find in the supermarket.

What To Look For In Salami

If you’re looking for a super high-quality artisanal salami, examine the white bits. The little white specs you see in salami are bits of fat. If they’re distributed evenly and they’re all the same size, this means that the salami was packed by a machine. If they’re distributed unevenly and have lots of size variations, that means that the salami you’re looking at was packed by hand. This doesn’t necessarily make the salami better, of course, but it probably means it wasn’t mass-produced.

Next, consider the country of origin. Salami traditionally hails from either Italy or central Europe, with Italy being home to “wet” salamis like Genoa, while central Europe is associated with drier smoked salamis. If you want to find an especially nice smoked beef salami, it’s not a bad idea to see what brands are actually popular in Germany and Poland. Similarly, if you want a super authentic Genoa salami, look for a brand that’s actually Italian. Again, this won’t make the salami better automatically, but it somewhat analogous to ordering gumbo in New Orleans instead of Los Angeles. The food is probably good in both restaurants, but you’re going to get a completely different experience.

Of course, the most important thing to look for is the taste. If you have a deli nearby, ask if you can purchase a small sample of as many types of salami as possible. If you can keep the names straight, you’ll get a really good idea of what types of salami you like and dislike. You’ll also have a local source for your favorite kinds. 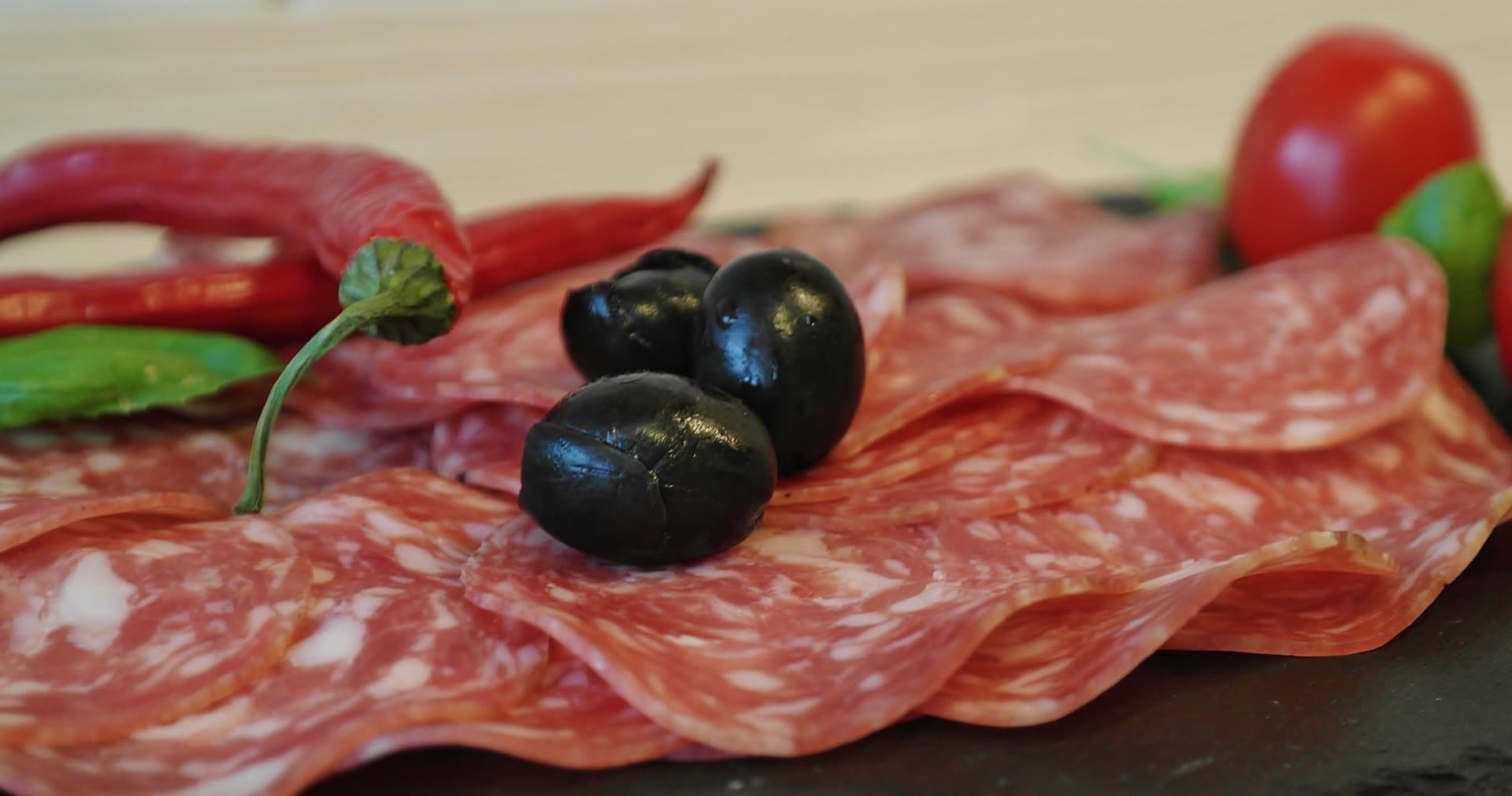 To summarize: salami is a type of fermented meat that’s aged in sausage casings. Genoa salami is made with pork meat, fat, and wine. It’s aged without any heat and comes out fairly moist and greasy.

Both types of salami go great with cheese, bread, and common sandwich toppings (including olives, peppers, and tomatoes). Honestly, if you’re not pork-averse for religious reasons (or beef-averse), try both. You’ll like them both on their own and in tandem, and you’ll get a good idea of which you prefer and why. This way, you’ll know what kind of salami to pick up in the future. 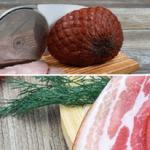 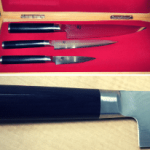 Shun Classic vs. Premier – Which Line to Get for Your Kitchen?