A few nights ago I had the pleasure of entertaining a few loose friends from Australia who were in Nippon on route to India. So I decided to take them out for one of the last magnificent feasts in Japan before they hit the land of curry, spice and all things nice. Unbeknown to them (or me) we were about to embark on a journey that would open up a new world – the world of the bluefin tuna head.


We all know that the Northern Blue fin tuna is not sustainable and is pretty much an endangered species (or it was)- however since 2009 the blue fin has been bred in captivity on massive farms in Croatia. Now I know fish farming is not sustainable either – but neither is eating beef when compared to the landmass that could be used to grow vegetables. Anyway ethics aside – this night my friends we were to dine on the King of the Sea.

The restaurant we went to was in Umeda, Osaka and specialized in Maguro (tuna in Japanese.) With no English menu you really have to go with someone who can speak the language or you could always choose the adventurous point and pray option – point to something on the menu and pray that you will like it.

Everything had tuna in it somewhere – except of course, for the beer and sake, but I am sure that even if it did, we would have still smashed back as just as many bottles – this was no night for boy bands or Justin Bieber – if you wanted to play tonight, you had to drink with the big boys.

The sashimi moriawaase was the first thing to be pillaged – and unbelievably ridiculous it was!

Never before had sashimi this gracious entered my mouth – I made a variety of Hannibal lector noises as various slithers of the beast rolled around in my mouth. Eating with the big boys.

The next thing on the list I tried to order was a grilled jawbone  – but to no avail – they had sold out, the waitress however did recommend the ‘atama’ ( Bluefin tuna head ) – and as I had never eaten tuna head before, I was not going to be one to say no.

Now I know a tuna is pretty big and this head was priced at 2000 yen (about 25-30bucks) – there were 3 of us – and as we were all probably had a touch of the Roman Empire somewhere in our ancestry, we thought that we could polish off bluefin tuna head with no problems.

Then it came – it had been grilled on a Yakitori grill so it was a bit crispy and charred on the outside  – at first it looked like half of the face, as there was a hole were the eye might have been – but we soon realized it was the top of the actual head itself –unreal – our tuna had been scalped.

The hole is actually where the fisherman had smashed a bolt into the tuna’s brain to kill it – you don’t want a fish jumping around on a boat as it ruins the flesh – the Japanese also run a long wire down the spine of the fish just seconds after its brain has been bolted to stop any post death nerves that may make the flip about. This bolt and wire  process is known in Japanese as Ikejime.

I had never eaten fish this good – there was a nice consistency of fat to flesh – it was like eating a tuna strait out of the can except it was not John West’s best – it was a whole damn lot better.  We fed like

Neanderthals on the head and then it hit me side on like a wave  – the protein overload – I could feel the tuna protein just swimming through my veins and my brain felt like it was on steroids. We ordered a salad.

The evening then turned blurry as the sake began to take hold and we began to speak languages unheard of in this wing of the universe let alone Japan.

Hence to say – the centurions did Caesar proud. We drank the house down – and can’t remember getting home.  I woke up the next day wearing two left shoes with a mouth that smelt like a week old can of Snappy Toms. Looseness always prevails. Get ahead – eat tuna head in Japan. 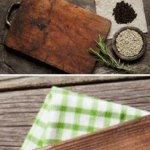 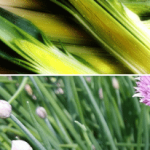 Leeks Vs. Chives- What You Should Know