I found quite a few options that can go with nearly any pie, so I started trying out the different substitutes to see which ones I liked the best.

What are Graham Crackers?

Before we begin, what exactly is a graham cracker, and what makes it different from other crackers? One of my favorite memories of eating graham crackers as a child was simply spreading them with grape jelly and enjoying them as an afternoon snack.

As I grew, I discovered a sweet treat called a s’more, and I fell in love with the graham cracker. These flat cookies are made with graham flour, which is an unbleached, unrefined type of flour that is sweetened with a touch of honey. 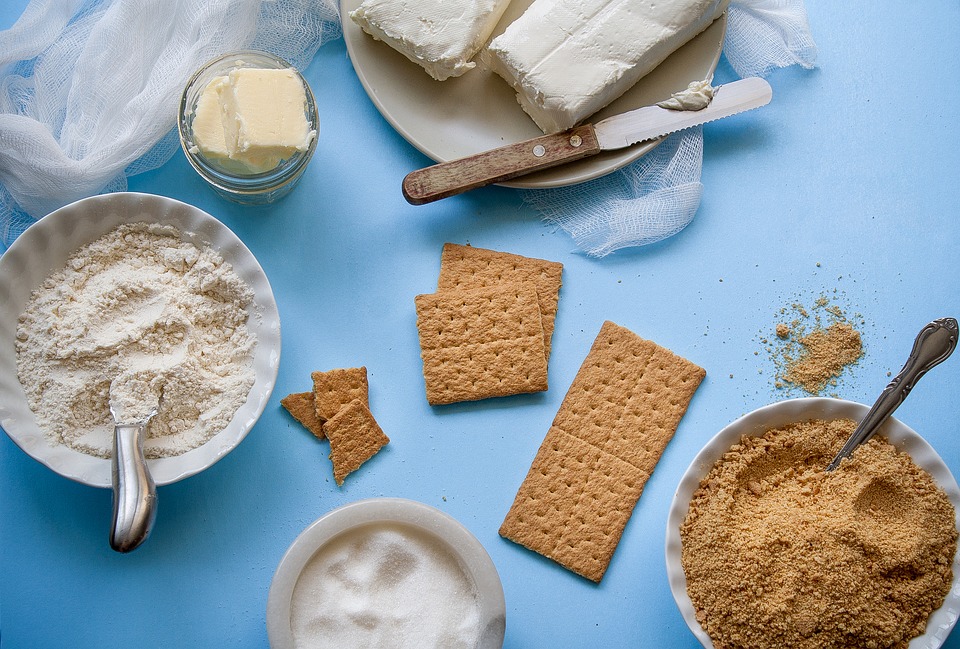 Begin by preheating your oven to a temperature of 350 degrees. While the oven is preheating, combine all of the ingredients in a bowl. Grease a nine-inch pie pan, and then press the dough mixture into the pan until it holds together to form a crust. Work the dough up the edges of the pan, and when it is just right, bake it for about 12 to 15 minutes. The crust will look golden brown when it’s ready.

Substitute for Graham Crackers in Cheesecake

There are quite a few graham cracker replacement options that you can consider for your pie, and most of them will work great, regardless of the type of pie that you are baking. Some will be a bit sweeter, some will be a bit saltier, but all of them will be able to give you a delicious base in which you can hold your favorite pie filling. Some of the substitutions that you can consider include:

To start making the crust, you will need to preheat the oven to 350 degrees. As the oven heats, grease and line a springform baking pan. Then, blend the cookies in a food processor until they have been crushed into small crumbs. Add the butter and combine. Press the cookie mixture into the pan, and then cook the crust for about seven to 10 minutes.

Set the crust aside to cool. 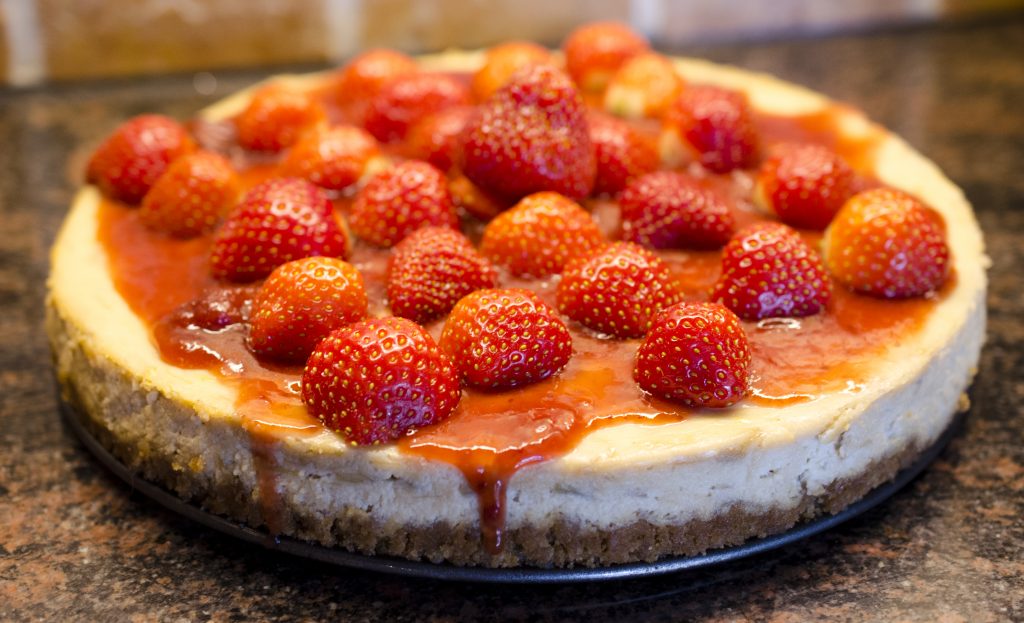 To make the cheesecake itself, you will need to start by beating the heavy cream with an electric mixer until stiff peaks form. Keep the whipped cream chilled until you are ready to use it. In another mixing bowl, cream the sugar and the cream cheese together until the mixture is fluffy. Slowly mix in the strawberry mixture that you just created, but don’t forget to leave some for the topping. Beat the mixture until there is nothing left, and then gently fold in the whipped cream.

When everything is combined, slowly pour the mixture over the crust and chill it for about two hours. This will help the cheesecake set, but if time is limited for you, try chilling it in the freezer for about 30 minutes. Pour the strawberry mixture over the cake, and allow it to set overnight. If the sauce is not pourable, then you can reheat the strawberry mixture in a saucepan. Top with additional strawberries and serve.

This is a style of cheesecake that has been made famous because it has a light and airy sponge cake crust that is unique. For this recipe, you will need:

Start by preheating your oven to 350 degrees. Then, grease a nine-inch round springform pan. It needs to be at least 2 ¾ inches deep to accommodate the entire cake. Line the bottom and the sides of the pan with aluminum foil. In a large bowl, combine the flour two tablespoons of sugar, the baking powder, the salt, the butter, and the three egg yolks. Beat the ingredients until the crust is stiff and crumbly.

In another bowl, beat the egg whites and the cream of tartar. Once the eggs begin to froth, add in the remaining four tablespoons of sugar. When the egg whites are stiff, slowly mix them into the batter. Once mixed, stir in the vanilla, and then pour the batter into the prepared pan. Bake for about 15 minutes, remove the cake from the oven and set it aside. 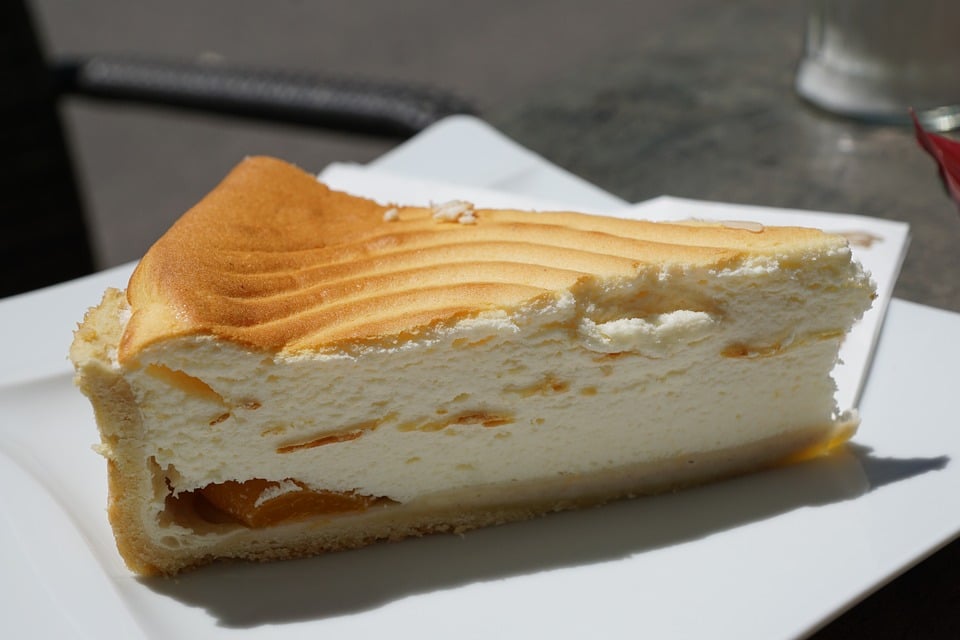 In another bowl, combine eight ounces of room temperature cream cheese, 1/3 of a cup of sugar, and the cornstarch. Slowly add the remaining cream cheese to the bowl, and then beat in the remaining sugar and the vanilla. Next, add the eggs to the filling one at a time, and then combine the cream with the mixture.

Spoon the cream cheese filling over the cake, and then place the pan inside of a larger one that is filled with hot water. Place the cake on the lower rack in the oven and bake it for about 75 to 90 minutes. The top will be golden brown, but the center will still look a bit wobbly. Allow the cake to cool for about three hours before you serve it.

Hopefully, you have found a graham crackers substitute from our guide that works well for your next pie of dessert. Whether you are looking for a salty crust, a sweet crust, or a cake crust, there are options that will fit your tastes and your dietary needs.

In fact, our gluten-free recipe is one that you may find appealing, even if you do not have a gluten allergy. What do you use instead of graham crackers in your favorite desserts? 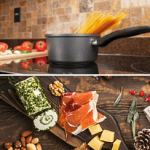 Best Induction Cookware for the Emerging Chef in You 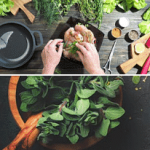