As a child, I remember having hominy porridge and thinking it was the best thing ever because of its smooth, thick texture. I felt like I could eat endless amounts of it.

As I grew older, I knew that I had to learn how to make hominy corn porridge myself to keep the recipe alive and pass it along to the next generation. After all, the best way to utilize an uncontrollable feeling of nostalgia is to actively participate in creating the possibilities that can allow your children to make such memories.

Eating this Jamaican porridge is definitely one way to bring a smile to the face of any young one, especially the version I will be introducing to you today. As usual, before we go into that, let’s take an appetizing look at Jamaican corn porridge itself.

Hominy corn – what is it and how is it produced?

If you’ve never heard of the term hominy corn, it’s a substance gotten from the kernels of corn.

These kernels are usually soaked in a mineral solution consisting of lime, which in turn softens the corn and eventually results in an easy peeling off of the outer layer of the corn, also increasing the size of the corn kernel.

The kernels are then thoroughly washed to remove any form of excess lime solution or bacteria. After they’ve dried, you have edible hominy corn. Hominy corn varies in color, usually from white to bright yellow. It can be used as grits in its ground form or as one of various kinds of thickeners for soups, stews or casseroles. 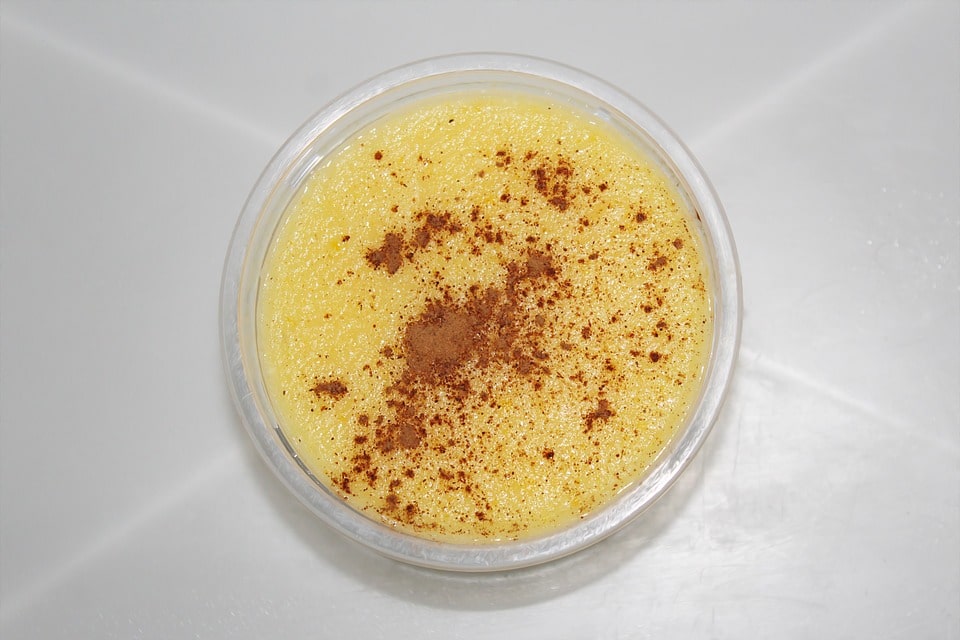 However, in Latin America where hominy is quite popular, Panamanians make a sort of corn drink commonly known as chicheme which is quite popular among Caribbean people as well as in some southern states in America. Hominy corn can be found in ground form, whole, cracked kernels or canned.

The canned form might be hard to find in generic supermarkets, especially the GMO or organic ones. Keep in mind, though, that Hominy corn is easily found in ethnic groceries, Latin, Caribbean or Asian stores. You’ve just got to know where to look.

What is hominy corn porridge?

Hominy corn porridge is a Jamaican porridge made with cracked or whole hominy kernels. It is served as breakfast and its ingredients include coconut milk, cinnamon, sweet condensed milk and nutmeg. There are two stages to making this Jamaican breakfast, and the first is to thoroughly wash the hominy corn a few times and soak it overnight to enable it to cook at a faster rate the next day.

The second stage involves boiling the hominy corn with cinnamon added to it, allowing for swelling and further softening of the hominy corn. When the hominy is thoroughly cooked, add the other ingredients like the coconut milk, condensed milk, and other spices to the resulting porridge right before serving.

Things to note when making the hominy corn porridge

Making the Jamaican hominy corn porridge is quite easy as it really doesn’t require any special technique, and if you simply follow the instructions then you will do just fine. Below are a few things to note when making this delicious Jamaican porridge.

Ensure the hominy corn is properly washed before allowing to soak overnight in a good quantity of water. I would also advise that you adopt the use of cracked hominy corn instead of the whole one as the cracked one tends to soften a lot faster than its counterpart. 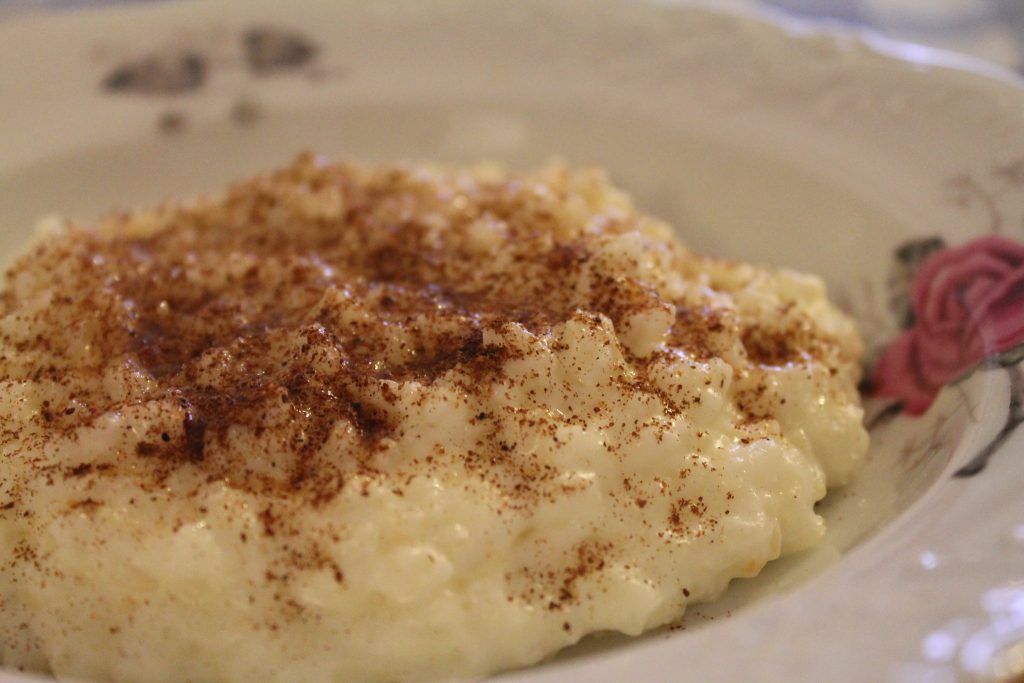 A good question now would be how do I determine if the corn is ready or tender enough. To determine the tenderness of the corn simply take out a few grains with a spoon, allow to cool for a few minutes and gently try to press the corn in between your fingers. If it crumbles easily, then it is cooked.

Making the hominy porridge thick – a mixture of starch and coconut milk is a perfect way to thicken the hominy. This method is actually very common among Jamaicans. Most times, people prefer to skip this process and just allow the hominy corn to cook for an extra hour or two until it naturally thickens.

This recipe is one that I have personally perfected. To prepare the porridge, the following hominy corn porridge ingredients are required:

Note: if are using canned coconut milk, you can easily make it two cups by simply adding water to it. You can also decide to use whole or cracked hominy corn kernels, but keep in mind that whole kernels take longer to cook. Also, if you are not okay with the use of coconut milk you can always use plant-based milk like almond as it is a good substitute for coconut milk.

If you don’t have a slow cooker, simply use a pressure cooker. The only difference compared to the slow cooker is the timing as you would be cooking for ½-1 hour instead.

As a matter of fact, using a pressure cooker is better if you are trying to skip the overnight soaking process. With the pressure or instant cooker, you simply add all other ingredients except for the condensed milk, seal, set your timer to about 30-45 minutes and you are good to go.

Others ways to enjoy the hominy corn porridge

With fruits – infusing the hominy corn porridge with slices of fruits like banana, mango, almonds and walnuts is just divine. Aside from breakfast, you can serve this for brunch, lunch, and even dinner.

With bread – just like any other porridge, the hominy corn porridge can be eaten with bread to help you mop up the porridge in the bowl.

The hominy corn porridge for me is the ideal breakfast. It is something you should absolutely try, and I believe I have been able to provide you with more than enough resources to make the perfect hominy corn porridge. So, stop wasting time: go get your ingredients, follow the instructions and make your very own porridge!