The continent of Asia has established itself as the home of some of the best classic dishes, and for Japanese cuisine, this sweet rice wine—hon mirin —helps with this feat.

Sweet rice wine refers to a type of rice wine known simply as hon mirin. Hon mirin, considered a condiment, is used in most Japanese dishes. Chances are you’ve already had a taste of this dish without you knowing. How, you ask?

Well, it was probably used in the Japanese-style salad dressing in that restaurant you stopped by last week. Or it was used in the glaze for the grilled fish, or maybe the teriyaki sauce you had. I could go on and on about how you probably enjoyed this condiment without even knowing, but anyway, you get the point. 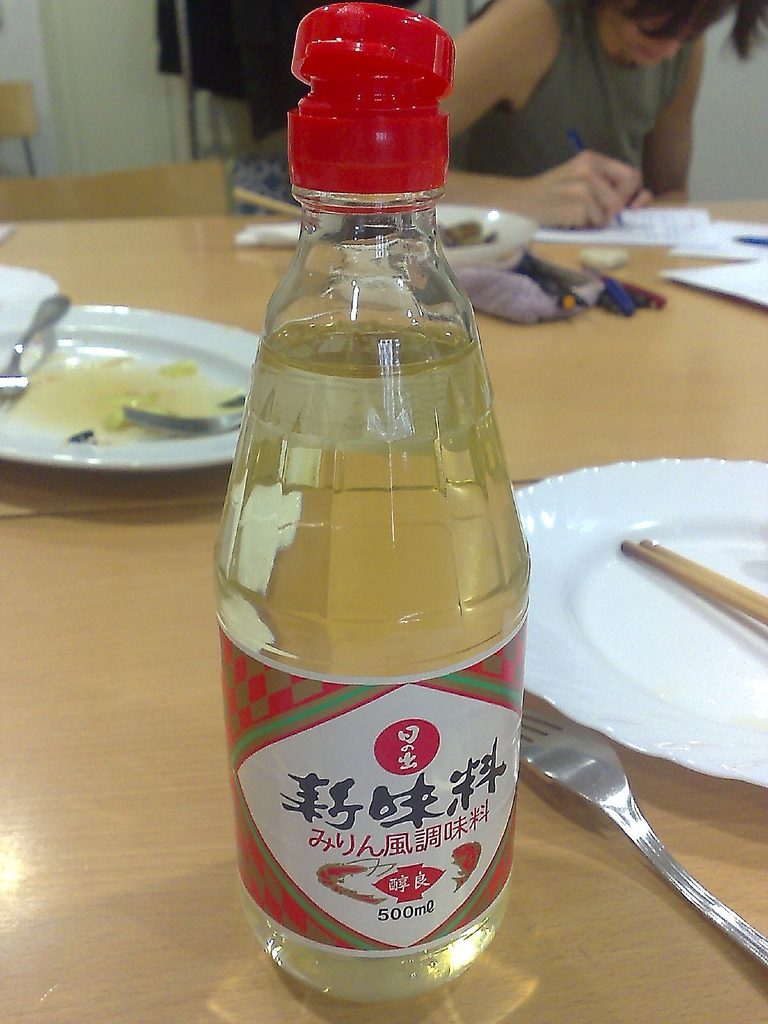 That’s simple. It’s a condiment. It’s a seasoning. It’s Japanese. It’s a type of rice wine. It is a golden-tinged, clear liquid.

Mirin is a popular Japanese condiment that is made by mixing steamed glutinous rice (mochi gome), rice koji mold (kome Koji, cultured rice), and shochu (a distilled alcoholic beverage), then fermenting the resulting mixture for no more than two months.

As a type of rice wine, the hon mirin cooking wine is just like sake (that’s a two-syllable word), which is also Japanese wine made from rice. But unlike sake, it has a lower alcohol percentage and higher sugar content—sake is the opposite of this rice wine in that way.

In the process of making mirin, there is no added sugar. The high sugar content comes as a result of the enzymes present in the rice Koji, which serve as decomposing agents and produce complex sugars during the decomposing process.

The Koji enzymes decompose the sweet rice into a mix of amino acids and sugars, like lactic acid, citric acid, and glucose. These are then responsible for the umami flavor it has. Thus, mirin with added sugar is not a hundred percent genuine.

The consumption of mirin dates as far back as the Edo period, where it was even once consumed as a mild, alcoholic Japanese drink made from fermented rice, known as amazake. It was also the traditional drink used during the new year festival. Nowadays, sake is being used for that instead.

Mirin that is produced traditionally can still serve as a drink. Otherwise, it serves only as a cooking wine which is sweet, syrupy, and has a mild acidity—slightly tangy. It gives a depth of richness to dishes, and as is common with most fermented stuff, it has umami. The truest types of mirin, like Japanese hon mirin, are usually very expensive. 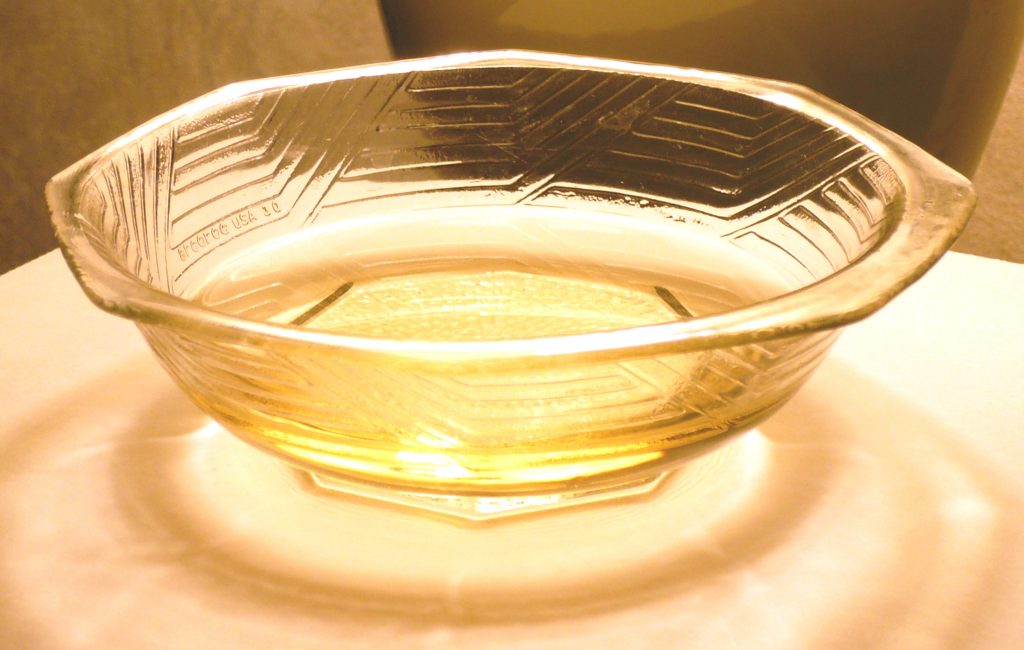 The sweet rice wine is usually used at room temperature. Heating the rice wine leads to the evaporation of the alcohol in it, which reduces the alcohol percentage of the wine. This practice is especially common in Kansai cuisine, where the mirin is boiled before being used. Boiled mirin is referred to as nikiri mirin.

The versatility of this condiment is seen in its range of use. While it is primarily used to flavor or season dishes like sushi, it is also used in Asian-style salad dressings, as a glaze in marinades for a richer flavor, as a dipping sauce for soba noodles and tempura, and in the making of other Japanese sauces.

If used in fishy or seafood dishes, its umami can subdue the fishy smell, and as a glaze for grilled fish, it adds luster to the meat. Sauces commonly made with mirin include the kabayaki or eel sauce, teriyaki sauce, nikiri mirin sauce, sukiyaki sauce, and more.

Since dishes easily absorb or soak up the mirin flavor, it is advisable you use it in the latter stages of cooking. Why? Not only will it completely overpower the dishes’ other flavors when used too soon, but if used in dishes with fish, it changes the texture of the fish such that the fish usually becomes firmer.

It’s almost impossible for something this popular and loved to come in just one standard with no variations. The way that types of mirin are classified is a bit convoluted, and frankly, you could get really confused learning about all the variations. To ease that pain, I decided to make the classification as simple as it could get.

The hon mirin alcoholic cooking-wine is the most expensive type. With no added sugar, this mirin is naturally fermented. Very few brands of hon mirin come with a pregnancy warning, so don’t be surprised not to see one. They can easily be ordered online.

The Japanese hon mirin seasoning cannot, and should not, be refrigerated. It should be stored in a cool, dry place and used within 3 months of opening. If stored in the refrigerator, its complex sugars may crystallize due to its high alcohol content.

This type could also be considered non-alcoholic mirin, due to its very low alcohol content. Some might even be alcohol-free to evade alcohol taxes. Other examples here are honteri and mizkan.

Note: In Japan, it can be easy to get hon mirin without salt, but this is sadly not the case in the US, where mirin is considered a wine. To prevent us from drinking this straight instead of cooking with it, salt is added. The goal is to make it unpalatable for drinking.

When buying mirin, always check the labels. The names are very often misleading. For example, if it says hon mirin, don’t buy it until you check the ingredient label.

Even if the bottle says something more specific, like organic hon mirin, don’t buy until you’ve read that label. Being organic doesn’t mean it is free of added sugar. Outsmart the bottle—read the label.

And if it isn’t hon mirin, you can actually refrigerate it, but for only a period of 3 months. Try to finish the bottle early. 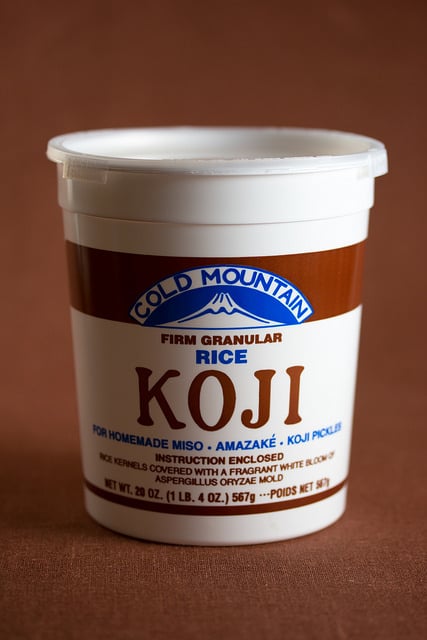 As if trying to atone for its sin of being expensive and a little bit difficult to get, mirin is actually easy to make at home.

You’ll also need a large jar and a bottle to store your mirin in.

Where to Buy Mirin

If you can’t make your own hon mirin, then you should definitely buy some. If you truly want hon mirin or organic hon mirin, you should be ready to spend nothing less than 8 dollars for a good bottle. You may even see bottles going for 14 dollars. Some may say this cooking wine is expensive, but the trickiest part is where can you find it.

Well, the drink is sold as regular wine and can be found in the Asian section of your local grocery store, Asian grocery stores or online retailers like Amazon may carry it if you can’t find it in your neighborhood market.

If buying from grocery stores, check the vinegar aisle or the alcoholic beverages section for hon mirin. And don’t forget to read the labels before the purchase! But to save yourself of walking from aisle to aisle, you can just order a bottle online.

Because this sweet rice wine is considered expensive, many people opt for its cheaper substitutes or go for other types of mirin that aren’t hon mirin, and hence are cheaper. 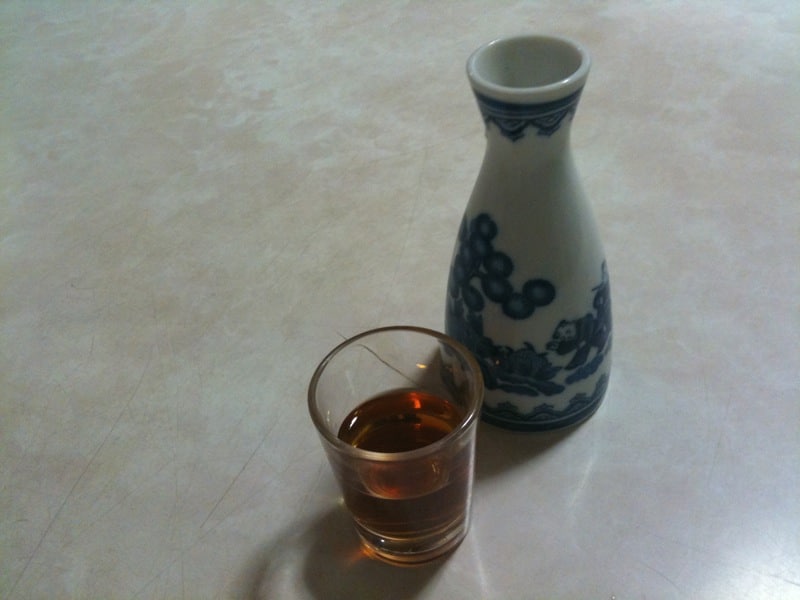 The most common substitute is the sake and sugar mixture. Sake and sugar are mixed in a 3:1 ratio—that is, ¾ cup of sake with ¼ cup of granulated sugar. The good thing about this substitute is that it contains sake, an equally rich and flavorful rice wine, so your meals won’t miss out on much.

Other great substitutes are dry Sherry and the sweet marsala wine; they mimic mirin’s sweet tangy flavor well, but you’ll need to mix these with sugar.

Using rice vinegar as a substitute should be the last resort. Rice wine is completely different from rice vinegar, in taste as well as properties. I don’t recommend this or sugared water as substitutes.

We can only hope that hon mirin becomes more accessible to us all. We definitely can’t keep missing out on its goodness, all because it’s so difficult to find and costs a fortune. Perhaps that’s all the more reason to follow the homemade rice wine recipe above. It’s as cheap as any substitutes or inferior mirin brands. Happy cooking with hon mirin!