There are few tastes as distinctive as horseradish. It delivers a unique experience that’s somehow more than a taste. It’s not spicy in the same way as a pepper, but it certainly has plenty of kick. This makes it the backbone of many sauces, dips, and recipes. This means it’s tough to find a horseradish replacement.

While horseradish is very distinctive, it’s not particularly common. I know that many of my friends don’t have any horseradish products in their homes at all, and while I’ll have a variant in my fridge from time to time, I often won’t have the good, pure stuff. It’s often necessary to find an alternative for use in your cooking. Here are some of the very best things to use if your recipe calls for horseradish. 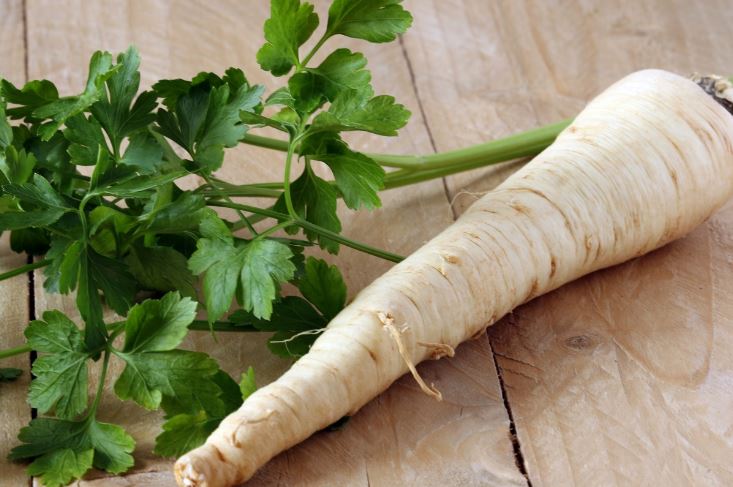 This one’s pretty obvious, but it’s worth bringing up as a separate entity here because of how it compares to the substitutes below. Horseradish is sold in many forms, but the most potent is as a fresh, whole root. It’s also sold prepared in jars with minimal preservatives. Both jarred horseradish (NOT sauce) and freshly grated root are MUCH stronger than pretty much every other option. They’re also used slightly differently: you can stir grated horseradish into a sauce, but it’s slightly more awkward to spread the right amount on a sandwich.

Even if your grocery store doesn’t carry fresh horseradish root, it almost certainly carries horseradish sauce. These vary quite a bit, but the general idea is that you get a container of liquid that’s infused with a very strong horseradish flavor. There’s nothing wrong with using pre-made sauce instead of grinding your own horseradish! If the recipe calls for the fresh stuff, be prepared to use a bit more sauce to make up for the lack of kick. On the other hand, many recipes actually ask for you to use sauce to begin with, meaning you’ll wind up with far too much kick if you use “real” horseradish.

How much to use? Of course, as with anything, much comes down to your personal taste and/or of anyone that you may be preparing for. And it’s especially true with an ingredient as uniquely and strongly flavored as prepared horseradish or freshly grated horseradish. Or for that matter, any substitute for horseradish. But in general, you’ll probably want to use 1.5 times the quantity of horseradish sauce as you would have of fresh horseradish. However, as with any of the recommendations as a horseradish substitute on this list, use less, then taste test and increase if necessary. 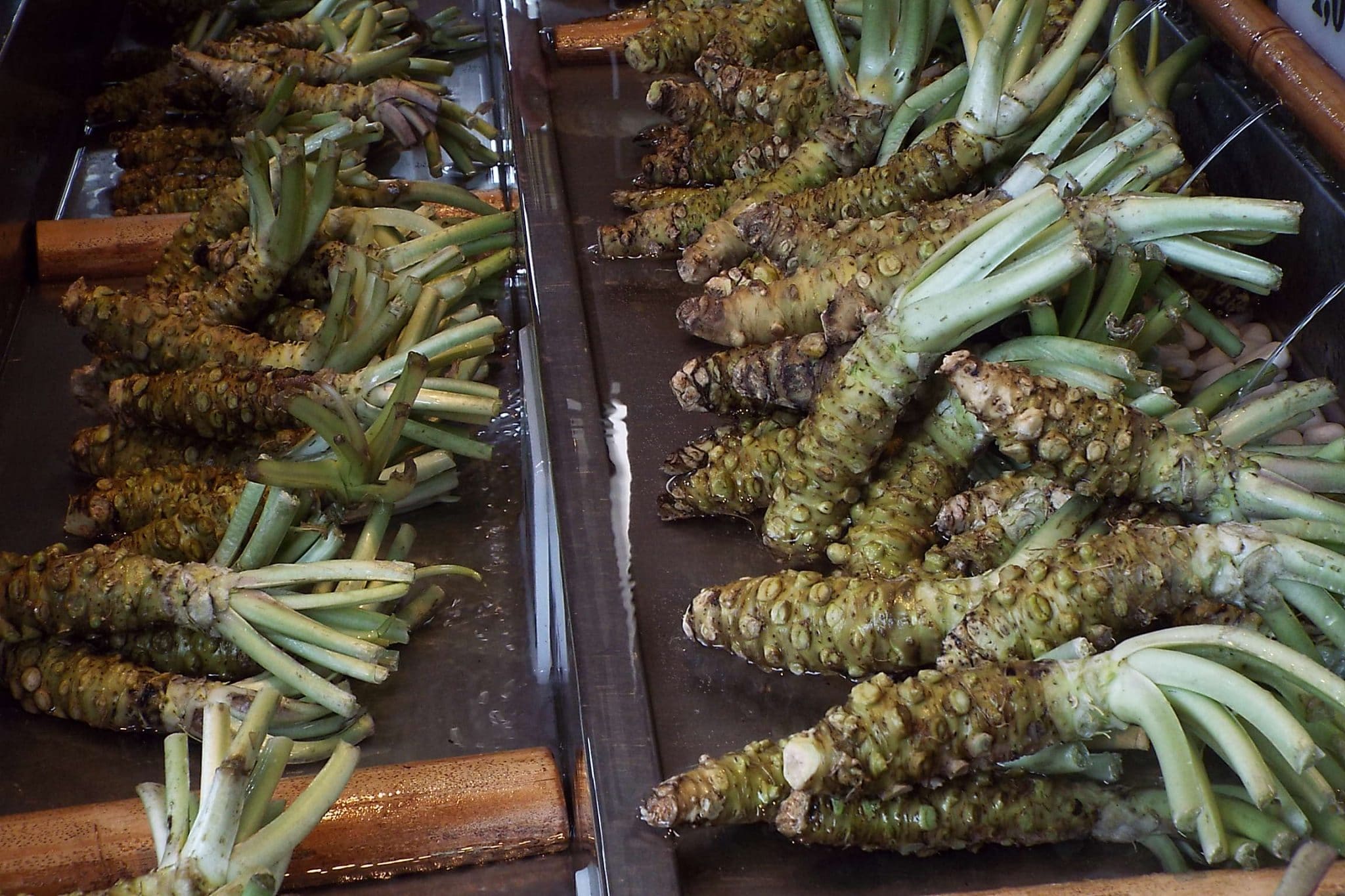 Actual wasabi is a plant that’s very similar to horseradish. If you can get your hands on real wasabi you can use it more-or-less the same way you’d use real horseradish in a recipe. In other words, be careful and add significantly less than the recipe calls for at first, then taste things and adjust.

Real wasabi is pretty hard to come by, at least in the US. What’s more common is a horseradish paste that’s been dyed green. This isn’t quite as strong as “authentic” horseradish or wasabi, but it’s more than good enough for most culinary purposes. Again, be sure to taste things as you go along and modify the amount of wasabi you use as needed.

How much to use? This is a tricky one. Some recipe books and cooking websites recommend increasing the amount of horseradish by 50%. I’d suggest displaying some caution when using wasabi as a substitute for horseradish in your cooking. Some can pack a real punch so test with a small amount and increase if necessary. 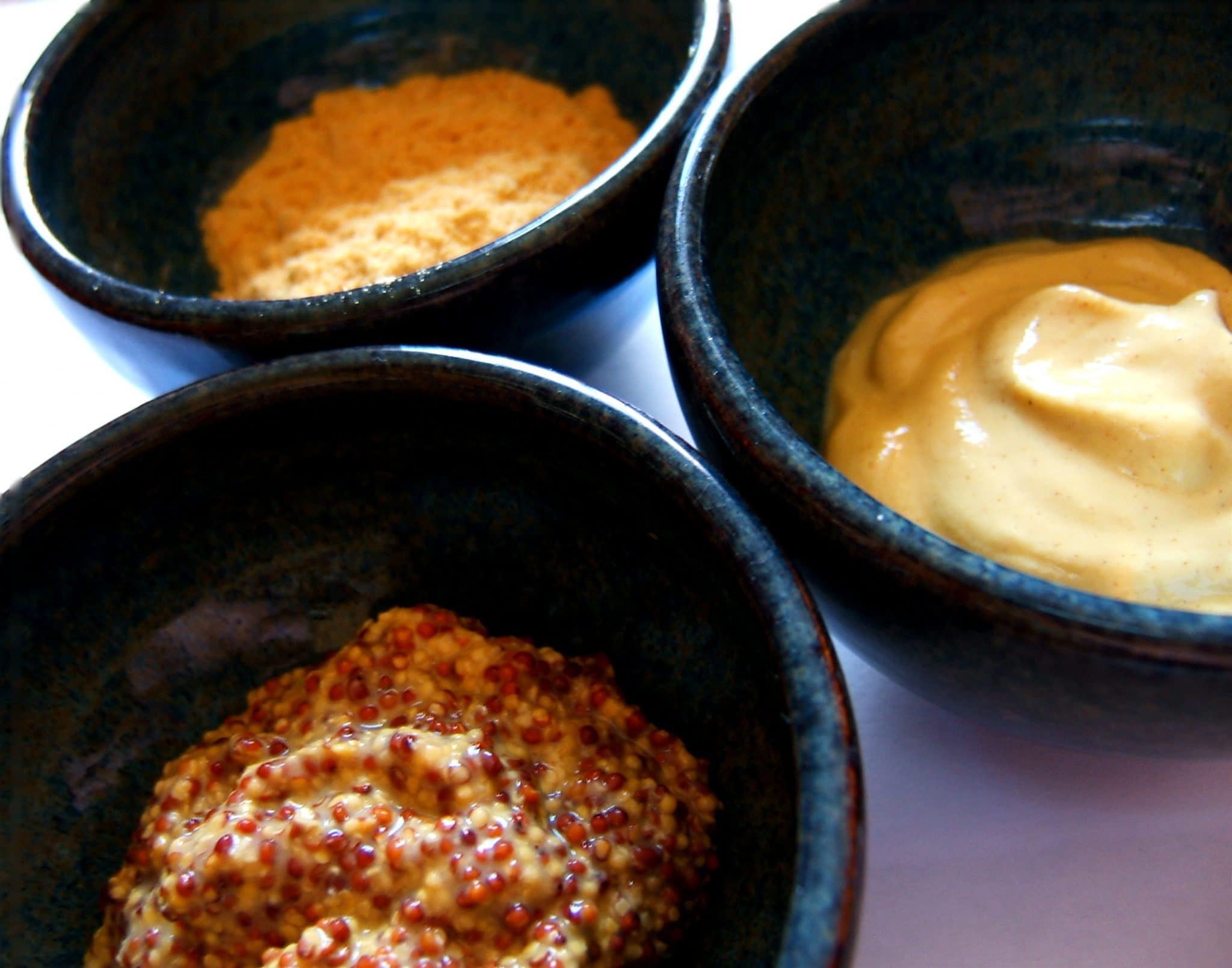 Both wasabi and horseradish are closely related to mustard. Sufficiently spicy mustard has a very similar “kick” to horseradish. The problem here is that spicy mustard doesn’t taste the same. Instead, it’s packed with other tastes, including both mustard’s own flavor and vinegar.

This can be good, bad, or not an issue at all, depending on what you’re making. If you’re adding just a hint of kick to a complex dish you might not notice the mustard flavor at all. If you’re flavoring a dip or sandwich, the extra mustard notes may actually be appreciated. You certainly wouldn’t scoff at a roast beef sandwich with mustard instead of horseradish, especially if you hadn’t been told it was a “horseradish sandwich” to begin with. That said, there are definitely some people who don’t like mustard. There are also some recipes that don’t really go well with mustard’s taste. Use your judgment and consider another substitute if you need to.

How much to use? This one’s a lot simpler and easier. As a general rule of thumb, as a horseradish substitute, I’d recommend that you use equal quantities when substituting mustard for prepared or freshly grated horseradish. 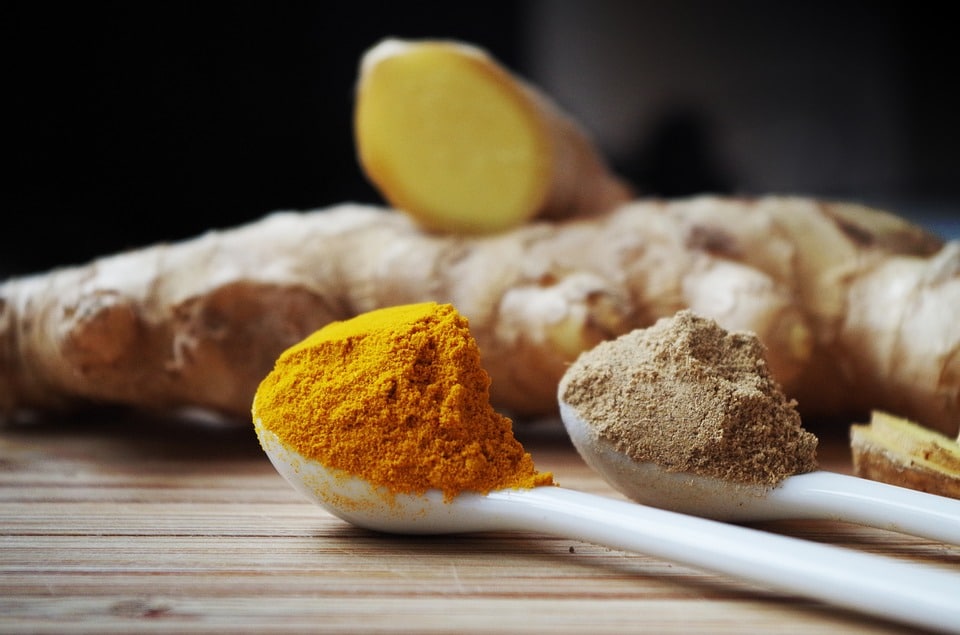 Ginger has quite a bit of kick, and most of the grocery stores I’ve been to carry fresh ginger root in the produce aisle. This makes it an ideal way to add some spice to your dish without resorting to pre-mixed sauces.

Of course, ginger and horseradish taste very different. The “kick’ isn’t particularly similar, either. Don’t put ginger into your horseradish dip and expect it to taste the same. It’s probably a good idea to look up recipes that call for ginger for inspiration before you blindly substitute this root for horseradish.

How much to use? As fresh ginger is not as hot or strong in flavor, when using as a substitute for horseradish, you’ll need more ginger than horseradish to achieve the necessary and required heat. Be careful though! The flavor of the dish could start to taste too different from the original and unpleasant if too much ginger is used. Your best option is probably to use conservative amounts of freshly grated ginger and accept that the heat will be less than the original recipe if you were using prepared horseradish or freshly grated horseradish.

When it comes to horseradish alternatives, wasabi is the clear favorite. If you can’t find that, however, try various processed horseradish products (like pre-made sauces and dips) or mustard. Finally, if you really need a bit of “kick” to your food but you can’t find any of the above, try using ginger. It’ll taste totally different, but you’ll definitely make your food interesting.