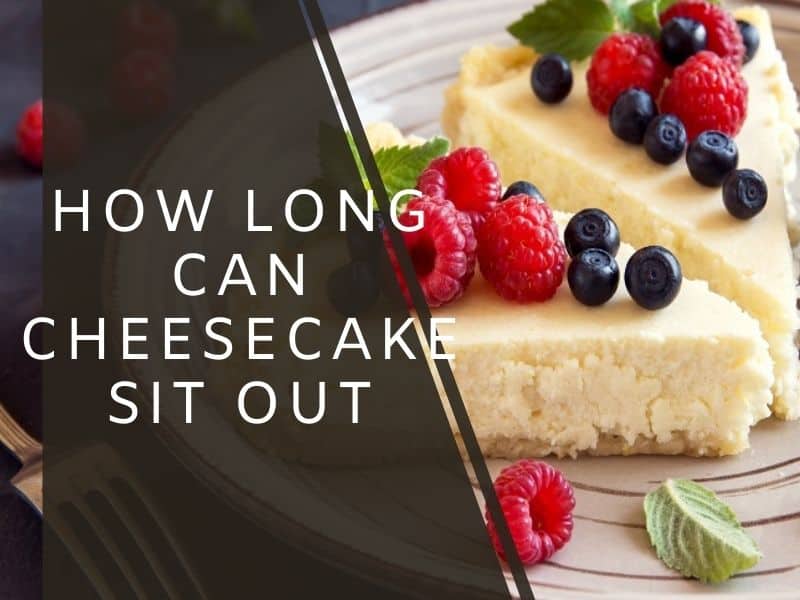 Cheesecake is a much-loved dessert worldwide, and if you are lucky enough to know how to make it well, or a friend has given you some, then you want to ensure you store it properly. There are a few types of cheesecake, and each has slightly different storage instructions that can make knowing what to do with your cheesecake very confusing indeed.

As a rule of thumb, you should never let cheesecake sit out for longer than six hours, regardless of whether it has been baked or not. If you live in a particularly hot and humid part of the world, you should leave cheesecake out for no longer than two or three hours.

If you want to learn everything there is to know about storing cheesecake, then you have come to the right place. Use this article as a reference for when you have some oh-so-yummy cheesecake leftover.

In order to know what the best way to store your leftover cheesecake is and how long you can keep it on the kitchen counter before storing it, you need to know what type of cheesecake you have. Here is a list of the most popular cheesecake styles and how to identify them.

Chicago-style cheesecakes are very similar to most no-bake cheesecakes, and you might well mistake it for a similar type of cheesecake. What makes Chicago cheesecakes different from the rest? The answer lies in the cheesecake’s base. Instead of using digestive biscuits for the base, this cheesecake has a shortbread base with a light vanilla flavor.

The origin of this cheesecake is connected to its name this time. This cheesecake does not have a biscuit base. Instead, it is served with whipped cream and jam while it is still nice and hot. Although the Swedish cheesecake recipe isn’t very well known, there are plenty of variations for you to try that.

Vegan cheesecakes have become more popular over the last couple of years, especially amongst people who are not vegan and don’t have an allergy to dairy. Fitness fanatics and the health-conscious amongst us like to opt for vegan cheesecakes because the recipe calls for natural and unrefined ingredients.

The faux cheese filling is made out of blended cashew nuts and coconut cream whisked together. You will usually find the cake topped with a tangy topping of blueberries or lime, and the base of the cake is kept simple using crackers or biscuits.

Here is another cheesecake trend. You will recognize a slice of Japanese ‘cotton’ cheesecake as soon as it is put in front of you. It looks like a cloud and is as soft and fluffy as you would imagine one to be too.

This cheesecake is a Japanese invention. It is called the souffle cheesecake in Japan and is a rather new creation. Cheesecake only became popular after the second world war due to increased imports of American ingredients.

As you can see from the list of cheesecakes above, there is a popular theme: either baked or no-bake cakes. No-bake cheesecakes require instant refrigeration so that they can set, and they are never left out of the refrigerator for longer than two or three hours as they could melt and fall apart. On the other hand, baked cheesecakes need to cool before refrigeration and do not need to be kept cool to hold together. 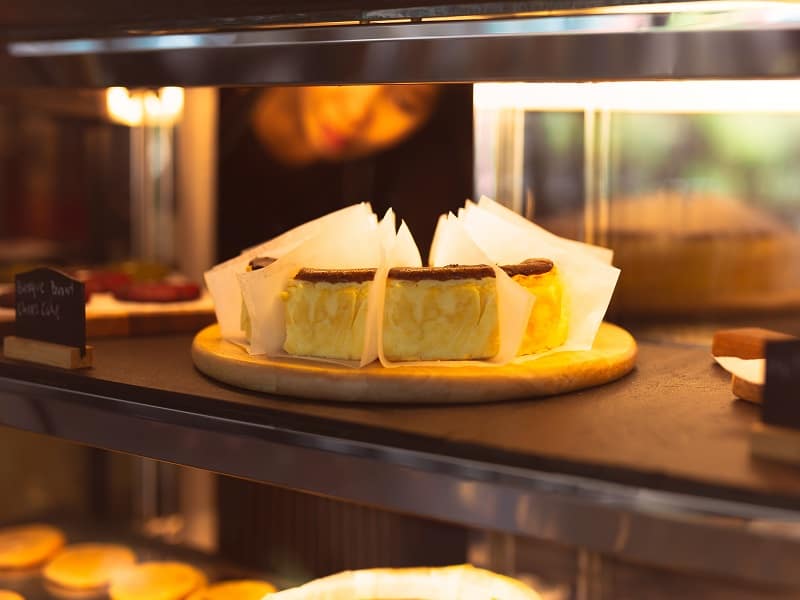 If you don’t keep your cheesecake refrigerated, then it will go bad very quickly. As I mentioned above, no-bake cheesecakes should always be kept in the refrigerator, and most of us do remember this, but when it comes to baked cheesecakes, we tend to forget about it as it cools or we simply don’t know that it needs refrigerating at all.

Always remember that it is never a wise idea to leave dairy products out of the refrigerator overnight. Not only is it important to refrigerate leftover cheesecake, but you also need to make sure you store it in the best possible way. Take a look at the following step-by-step guide if you want to learn the best way to refrigerate cheesecake.

If the cake is in a paper or card box, you should place the cheesecake on a plate or into a plastic or glass container. This keeps the base tasting fresh and preserves its texture.

Always cover the cake in the refrigerator. Covering your cake with foil, wrap, or a tight-fitting lid will stop it from drying out. If a cake is left uncovered, it not only dries out but its taste and texture change, as well as becoming dangerous for consumption.

This is an important step and something that you should check on a weekly basis, especially if you have meat and other dairy ingredients in your refrigerator. Refrigerators should be set to 40 degrees Fahrenheit (4 degrees Celsius) at all times.

When is the Best Time to Refrigerate Baked Cheesecake 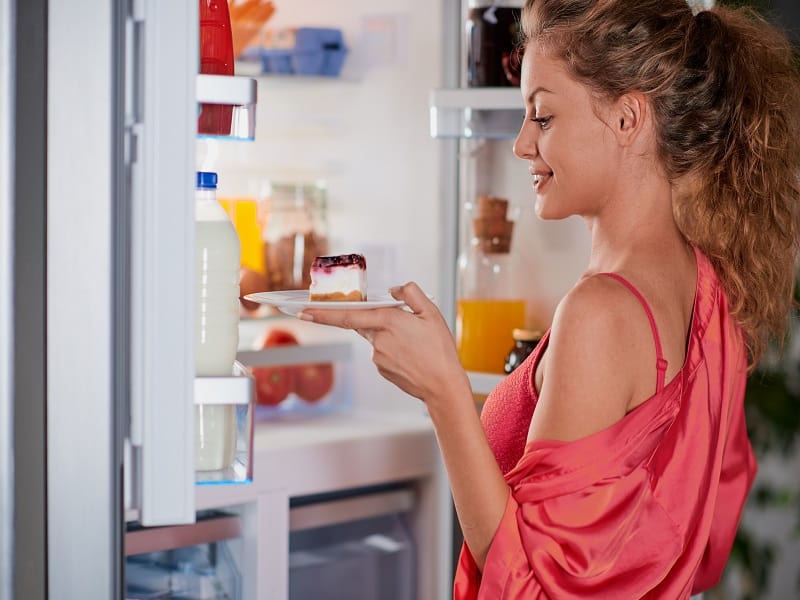 Baked cheesecake should be left to cool completely before refrigerating. This might take an hour, and sometimes longer. Once the cake is cool all the way through, pack it up and refrigerate it ready for when you want a bite.

This might not be convenient at the time, especially if you are hosting friends and want to serve the cake fresh out of the oven. As long as you remember to refrigerate it within six hours, then you have nothing to worry about.

How Long Does Cheesecake Take to Go Bad?

Cheesecake can be kept in the refrigerator for up to a week before going bad. As long as you cover it and follow the refrigerating instructions in this article, you won’t have to worry about running into ‘off’ cheesecake.

Let’s face it, is the cheesecake really going to last long enough for it to go bad? If you are one of the lucky ones to still have a slather left, you should make sure that the cake is safe for consumption before digging in. here is what you should look for:

Is it me, or does food become even more exciting when you know some cool facts about it? Here are a few fun facts about cheesecake that your friends and family will love to know.

These national cheesecake days are not mainstream celebrations, but I feel like they should be!

Do you feel like a cheesecake expert yet? The frequently asked questions section below should boost your confidence even more. Enjoy!

Q: How long after baking cheesecake can I eat it?
A: Cheesecake will usually stay edible in the refrigerator for up to seven days after baking. I recommend eating it before day five. If you are worried that your cheesecake will go bad before you have a chance to eat it, it might be a good idea to give some to friends and family. I’d love to have a slice too!

Q: How do I know if my baked cheesecake is done?
A: Doing the jiggle test is the best way to determine whether your cake is ready or not. Take the cake out of the oven and wiggle it a bit. If the cake wiggles but keeps its shape, then it is ready. 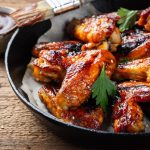 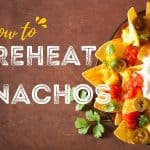 How To Reheat Nachos