Sometimes people complain that the number of slices in the pack they purchased wasn’t enough, or even that some manufacturers are cutting corners and putting less in each pack. Let all such fears be put to rest: neither of these are the case. It’s simply that the thickness can vary with each cut, and it is possible to know the difference and never end up disappointed again. Rest assured that though the number of slices in each pound of bacon varies, you are not getting any less bacon for your buck.

Bacon is usually made from pork belly or pork back. Sometimes a combination of different meats is used, and sometimes pork is completely absent, which is great for those whose religion prohibits the consumption of pork.

For those that were wondering, the etymology can be traced to Old German, with the original word being bacho. Bacon is a type of cured pork which is cured by injecting the meat with a high concentration of a salt solution. This is known as wet curing. Bacon can also go through a process called dry curing, which involves applying salt around the meat which absorbs water from the meat piece.

Other types of meat such as beef, chicken, goat or even turkey can be cut, cured and prepared to resemble bacon. An example is turkey bacon, which, just like real bacon, can be boiled, smoked and chopped.

Bacon is generally cooked by either frying or boiling before eating. 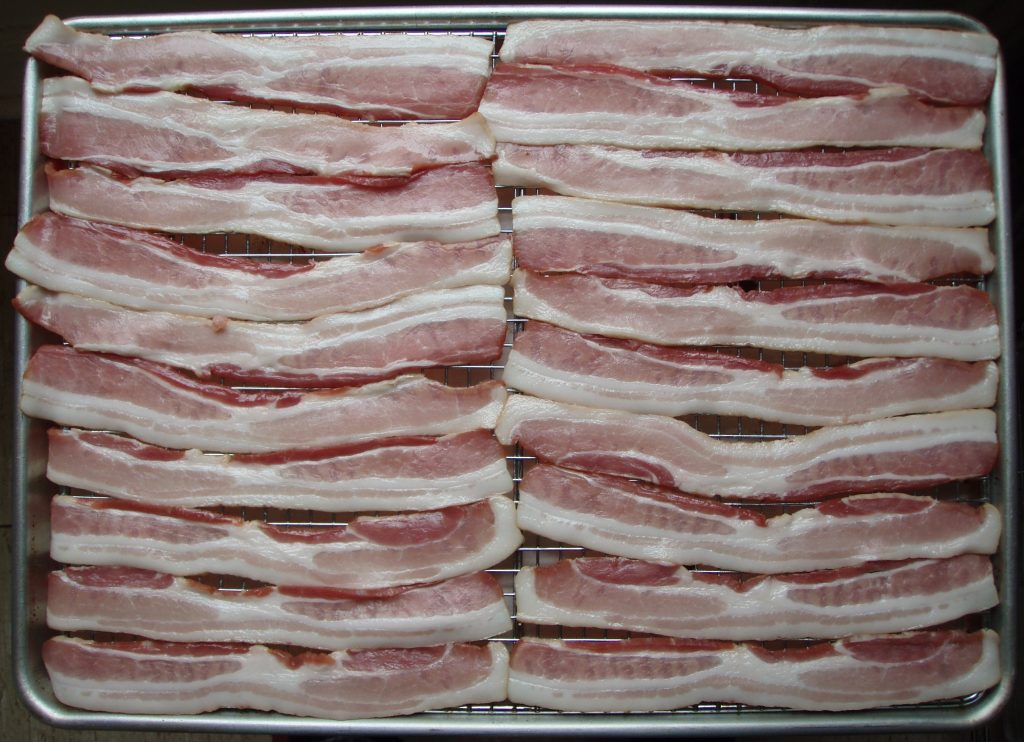 Many people often confuse bacon with other types of cured pork. Although similar to other cured pork, bacon is different in the way it’s cut and the manner in which it’s prepared.

You probably already know that bacon is popular, and it’s probably no surprise to learn that its popularity is only increasing. In fact, all over the world, pork consumption is on the rise. The way the pork piece is cut has a great deal to do with this, as different ways of preparing meat can be more convenient or enjoyable than others. In Australia specifically, bacon comes with both streaky and fatty sections, as per local preference.

America has seen a huge increase in bacon consumption with a variety of bacon recipes taking off, such as bacon explosion and chicken fried bacon. The ready availability of bacon at a grocery store has also contributed to its popularity.

When you buy a pack of bacon, you can choose between different weights. Each pack contains a number of sliced bacon strips and they vary in number. Let’s look into why so that next time you’re shopping, you’ll know exactly what you’re getting. 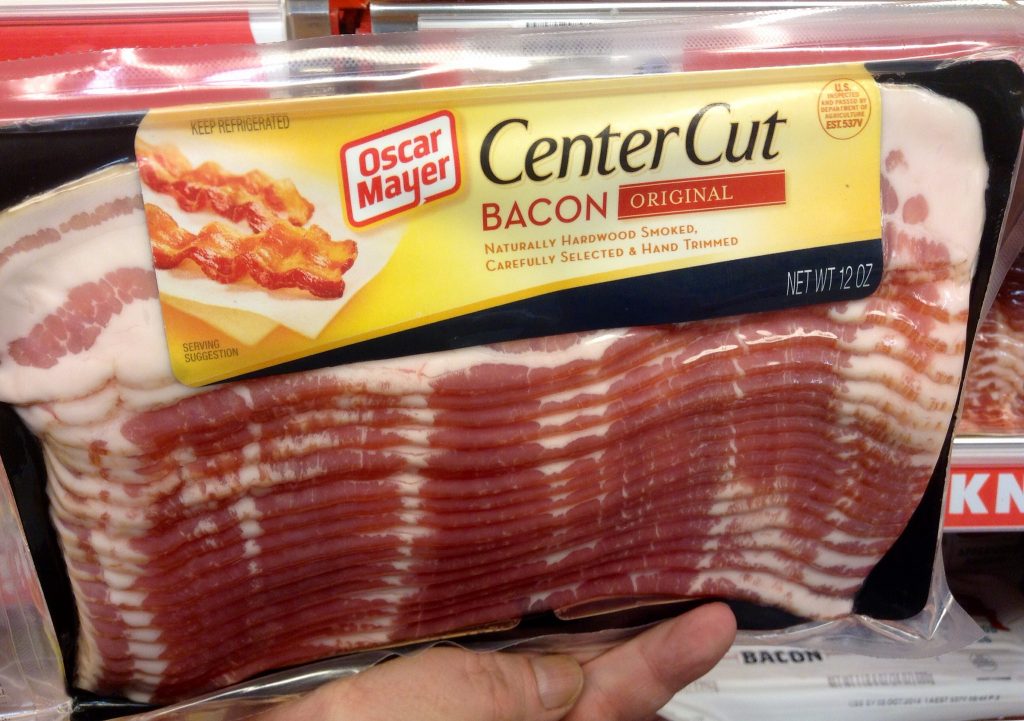 The packaging of bacon has been subject to a great deal of variation. The size of cuttings changes the number of slices packaged. 1 pack of regular cut bacon contains 12 – 15 slices, while thinner bacon can come with as many as 35 slices.

How many strips of bacon in a pound?

I recently bought four packs of bacon, unpacked them and counted the slices in each pack. I will concede that I found a significant variation in quantity between the packs. How could this be? To settle my doubts, I bought two more packs, counted the slices and found in each 13 and 24 pieces of sliced bacon, respectively.

I brought out my own small kitchen weighing scale to set the record straight. I then brought out a ruler specially-made to measure meat thickness, just to make sure. As you may have guessed, the thickness of the cuts were different enough to have a demonstrable effect on the number of cuts in each pack. Cuts of the same sizes were packed together, causing a different quantity; but every pack did indeed turn out to weigh one pound each.

There are several slices of bacon per pound. 1 slice of thin cut bacon weighs around 12 – 14 grams and can have 36 calories from fat, 11mg of cholesterol and 3.9g of protein. Due to its fat content, it is important that the serving size be limited to 2 – 3 slices of bacon per plate served. This should be done in order to preserve good health and to maintain moderate pork consumption.

Bacon is a savory, crispy and salty dish which can be taken alone or as a side to another dish to give a perfect combination of taste and appearance.

Bacon offers more ease and convenience in the way it can be prepared, as several different kinds of kitchen equipment can be employed to cook bacon. If you’re using a pan, follow these instructions:

An oven or a microwave can also be used; it’s always good to have food in the fridge which can be made in multiple ways! Aside from cooking this way, the bacon can be marinated to produce an extra taste; try rubbing it with any desired spice such as brown sugar, cinnamon or pumpkin pie spice.

Tip: Be careful not to over spice.

You know the sizzle, and you love the sizzle. Bacon as a dish is savory, sweet and everything in between. Its ease of preparation makes it a mainstay in American kitchens. Not only that, it can also be flavored based on your individual taste. I bet you never thought of that!

There is no point in feeling cheated or confused over how many slices of beacon in a pound. It’s just a matter of knowing precisely what you want and what you’re buying. If a large number of slices is what you’re after, then go for the thin cut bacon. If they come out too thin, then try a slice of regular cut bacon.

Whether you’re making it with scrambled eggs or sausage, bacon is one breakfast item which never lets you down. For lunch, you can also have pasta with bacon and peas, or you can make some cream of bacon with sweet mashed potatoes. There are so many possibilities; knowing the difference between cut sizes helps you to seize these possibilities.