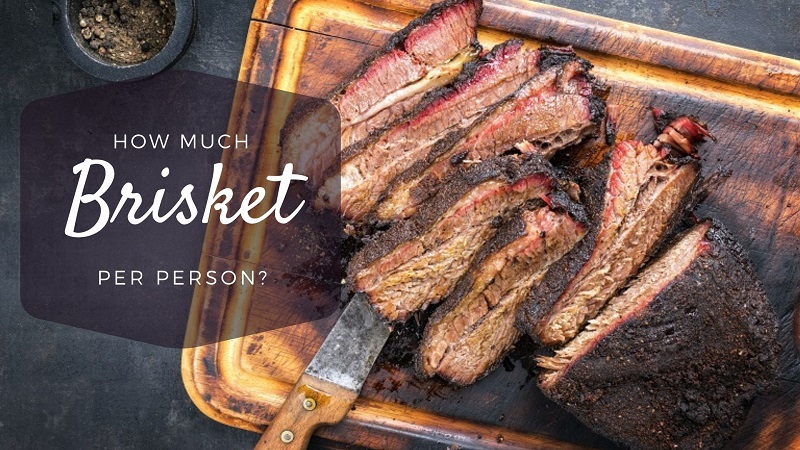 Brisket is both an old standby and the latest trend. The traditional brisket served at holidays and family gatherings is a braised bundle of slow-cooked deliciousness.

Smoking a brisket outside over low heat has grown in popularity, as amateur barbecuers are producing smoky, sought after slices of beef with a crusty bark outside and tender joy on the inside. A well-smoked brisket is about as close as you can get to meat candy.

What is Brisket exactly?

Brisket is one of the tougher cuts of meat, coming from the pectoral muscles of a cow. If you think about your own pectoral muscles, you know that they connect the chest to the arm and shoulder.

Therefore, it shouldn’t surprise you to find out that the brisket has tons of connective tissue, explaining both the tough nature of this cut of beef and the long, low cooking time required for tender and juicy perfection. 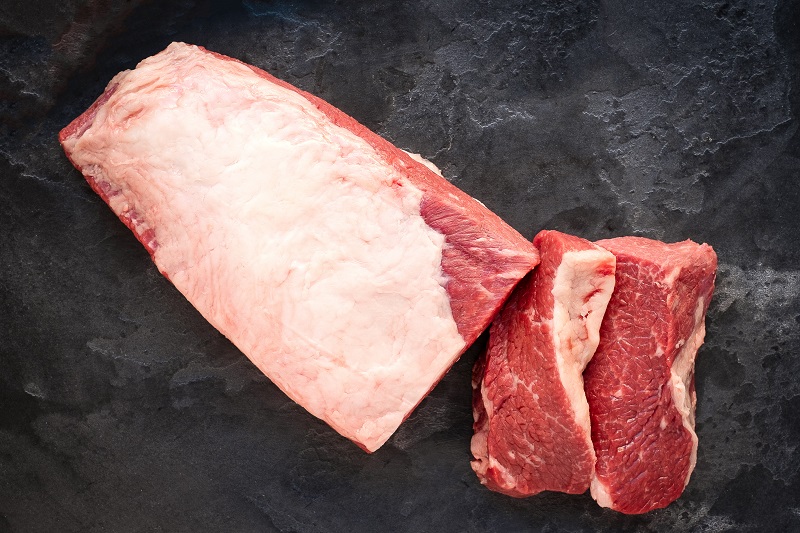 A whole brisket can weigh anywhere from 10-16 pounds and is referred to as the Packer’s cut. But brisket is often split and sold as two different cuts.

The first is the flat cut, which is what is usually used for the braised brisket; it is a leaner cut. This cut is also called the first cut.

The second is the pointcut (also known as the second cut or deckle cut), which is thicker and fattier, and what usually goes in your smoker or on the grill.

How much brisket is an appropriate serving size per person?

Well, how much brisket you need per person depends on which cut you’re using. For the flat cut brisket to be braised, butchers recommend about a half a pound per person.

The seminal cookbook Joy of Cooking gives a little more variance, with braised brisket recipes calling for 3 to 3 ½ pound cuts to serve 6-8 people or between ¼ -½ pound per person.

For the pointcut or the whole Packer’s cut that goes on the grill or in your smoker, you need to increase the amount of meat per person, as the fattier cut will shrink more as you cook it. In fact, with a Packet’s cut, you can expect to lose up to 50% of the meat’s volume during cooking, although 40% is probably an average loss.

The Joy of Cooking suggests a 4-5 pound roast for 10-12 servings or ¼ -½ pound per person. Topping off at ½ pound per person might be underestimating a bit, especially considering how delicious your brisket is going to be.

Most recipes call for an 8-10 pound brisket for 14-16 servings, or between a ½ -¾ pound per person. Barbeque aficionados aim even higher, recommending 1 pound of uncooked meat per person to allow for a 1/2 pound of cooked meat.

Remember, too, that overestimating the amount of meat (whether you’re braising or smoking) will hopefully leave you with some leftovers for sandwiches the next day.

Other Things to Consider

On the other hand, if you’re catering, ⅓ pound of cooked meat per person is a good plan. The guest list is set, you don’t need leftovers, and your business cost is a consideration.

Who’s eating? Again, if you’re feeding family members and close friends, you probably have an idea of who has a healthy appetite. You can adjust your amounts based on your guest list. Good eaters may need ½ -¾ pound of cooked meat per person.

Just remember that you want to double your calculation of uncooked to cooked meat to allow for the up to 50% shrinkage from the fat you’ll trim off and the moisture loss during the smoking process.

Also factor in any children that might be at your event. They will typically eat about half as much as an adult (note that for the purposes of calculating meat portions, teenagers count as adults.)

Are you serving any vegetarians? If so, you can adjust the amount of brisket you’ll need accordingly. You’ll also have to think of an alternative dish to serve them. Jackfruit and portobello mushrooms grilled up nicely and other plant-based meats have come a long way in recent years. You could also make veggie skewers.

Make sure to avoid cross-contaminating for your meatless friends. Scrub the grill before cooking for vegetarians, cook the meatless treats before the meat, and use a disposable grill topper.

What else are you serving? If you have appetizers, sides, salad, and/or bread, your guests will likely need less meat, especially if your sides are heavier, like potato salad, beans, or a mess of macaroni and cheese. Corn on the cob and watermelon slices also fill up a plate and a stomach.

If you have generous sides, you could get away with ¼ pound serving per person.

And if you’re serving a braised brisket with root vegetables and mashed potatoes, your guests will fill up fast enough that they will be satisfied with a smaller portion of meat.

If you have charcuterie platters, a warm spinach dip, or queso for an appetizer, guests probably won’t be starving by the time the brisket is served.

You may have something else planned as a main course. If you’re barbecuing, you might have a variety of meats: brisket, ribs, chicken, pulled pork, and sausage. Such an assortment would necessitate a different calculation – 1 ¼-1 ½ pounds per person total would allow for the bones in ribs and chicken.

And how about after the meal? What are you planning for dessert? If you have a rich or heavier dessert on the menu, or a dessert table, you’ll probably need less meat to satisfy your guests.

However, if that’s the case, you should consider displaying the desserts before serving the meal so that guests know to leave some room for sweet treats.

Alcohol: People tend to eat more when they drink, so if you’re tailgating, smoking at a campsite, or spending the day or evening on the patio with adult beverages, you may want to plan for larger meat portions.

Additionally, when guests are drinking, you’re probably talking about a longer party where people continue to snack on meat candy after they’ve digested and gotten a second wind.

When are you eating? At a luncheon, people tend to eat lighter, so you’ll need smaller portions per person than you would at dinner. But if you’re having a longer event in the afternoon, guests may snack throughout the day.

Therefore, you’ll need to consider the time of the meal as well as the length of the event.

What type of event are you having? If you’re having a formal sit down dinner, it’s easier to control portions and you can serve smaller portions per person.

If it’s an informal event and people are serving themselves, you should plan for larger portions of meat per person.

Cost. Brisket, which used to be one of the cheaper cuts of meat because it is such tough meat, is now one of the more expensive cuts of meat, all due to the growing popularity around meat smoking. Therefore, if you’re on a budget, you might consider going with smaller per-person portions and adding more sides.

Some hosts like to smoke up less expensive pork belly as the crispy burnt ends are delicious to snack on and can reduce how much brisket people serve themselves. Supplementing with other meats, like chicken, ribs, sausage, and pulled pork is another way to keep costs down. Cutting these meats into smaller pieces will encourage guests to sample all the offerings rather than settling in on one choice.

Time. Smoking a brisket is an investment of time and love. Depending on the size of your brisket, it will take anywhere from 12-20 hours to cook it, and if you’re bringing beforehand, factor in another 2-12 hours.

That’s a big commitment. So if you can manage it, cook some extra as it’s not a dish you can whip up any day of the week. You’ll be surprised by how versatile the leftover smoked goodness is: brisket tacos, brisket hash, warm brisket sandwich, brisket chili… and if you still have leftovers, you can freeze the brisket for up to 3 months.

There’s a lot to consider when deciding how much brisket you’ll need for each person you’re serving. So remember the equation is you will get ½ pound of cooked meat from roughly 1 pound of raw meat.

Keep in mind that depending on the circumstances, as we discussed above, you might end up needing anywhere between as little as ¼-¾ pound of cooked meat per person.

Whether you’re braising a traditional flat cut or smoking a whole Packer’s cut, you can feel confident that your family and guests will leave your table satisfied.