There’s a ton of ways to cook carne asada, but cooking on a skillet saves time and hassle without compromising on flavor.

The name gets thrown around a lot, but those who know about carne asada know that it’s about the taste, not the name. This dish will always be a stand out dish amongst others because of its distinct qualities (in taste, appearance and satisfaction).

I even once heard a restaurant chef say, “if you’ve never had carne asada, you don’t know the first thing about beef.” Big words!

Before we get into how to cook carne asada on a skillet, let’s take some time to consider it on its own.

A brief description of the Carne Asada 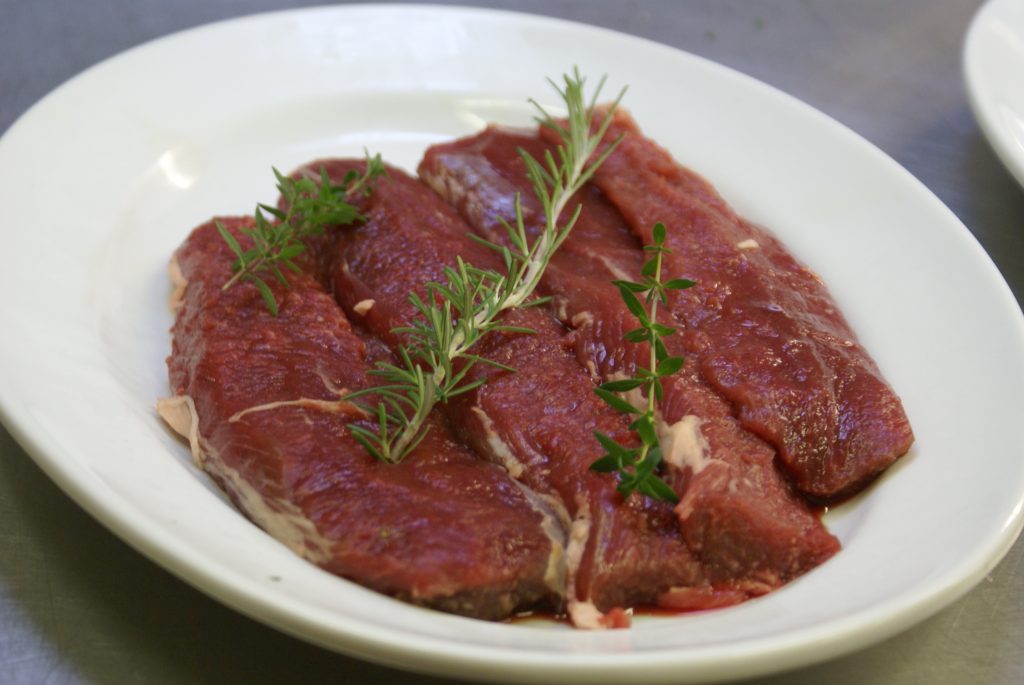 Carne asada is mostly protein, as a big slab of meat (skirt steak or flank steak) constitutes most of the food on the plate.

The nutritional value of carne asada is a good reason to order or prepare it for tonight’s main course. A 28g serving contains about 7.3g of protein. This means the scale won’t complain when you go to weigh yourself later! If you’re trying to go on a diet soon, then carne asada will work wonders in helping you succeed.

Carne asada can be taken alone or as a topping for other dishes such as rice, beans, spaghetti or in a burrito. It is a dish which can be prepared with a beef piece like skirt steak or flank steak, but some have prepared it using pork feet, chicken or even fish, according to your preference. I once used fish, and it’s not as unusual as it sounds!

Some would argue that the most important aspect of carne asada is not the fact that it’s made of beef meat, but rather the method of marinating. This dish acquires its taste from the way the meat piece is marinated. Marinating can be simple marinating like rubbing with salt, or a combination of spices can be used to exciting and endlessly customizable results. The most common way of preparing this dish is by grilling on a grill, but this is certainly not the only way of preparing it.

Other ways to cook carne asada include: 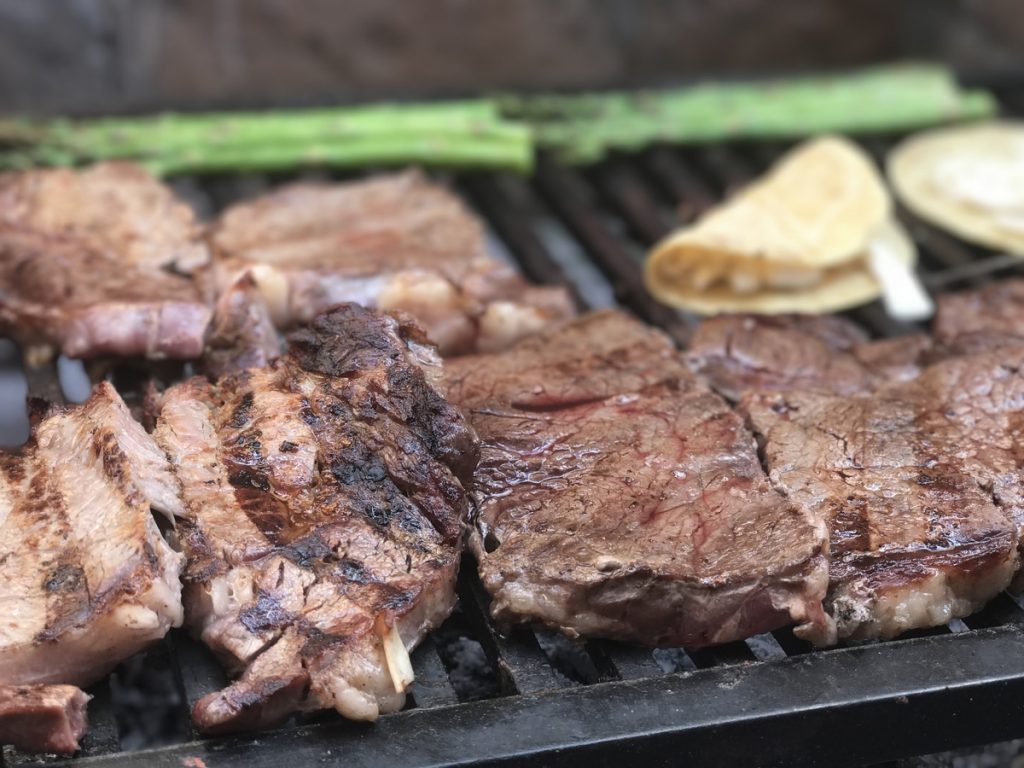 Carne asada has earned the name smoked carne asada because of the manner in which it is made. This Mexican dish has found its way into a good number of homes and countries by immigrants who just can’t get enough of it.

Just in case you feel that not having a grill hinders you from preparing carne asada, here is an arguably even better way to prepare this dish and bring out more exciting taste in the process: using a skillet.

If you think grilling the carne asada offered maximum taste, then you are about to have a whole new experience when you cook carne asada on the stove top using a skillet.

What is the maximum Carne Asada cook time on a stovetop?

To all the beginners out there: most dishes don’t actually require you to be skilled in the art of preparing meals, and this is equally true with carne asada. There is no special skill that qualifies you as able to prepare the carne asada. You don’t have to be Mexican to prepare this dish or even a professional in the kitchen. All you need is a good mindset and an intention to make something good, and you are good to go.

The complaint that “Carne asada takes a lot of time to prepare” comes up a lot whenever I recommend it to friends and family. Sure, I once spent close to 6 hours on this dish, but that’s only because I didn’t plan ahead and marinate the meat in advance. The marinating process takes up the most time, which comes out to 4 hours (at the very least). 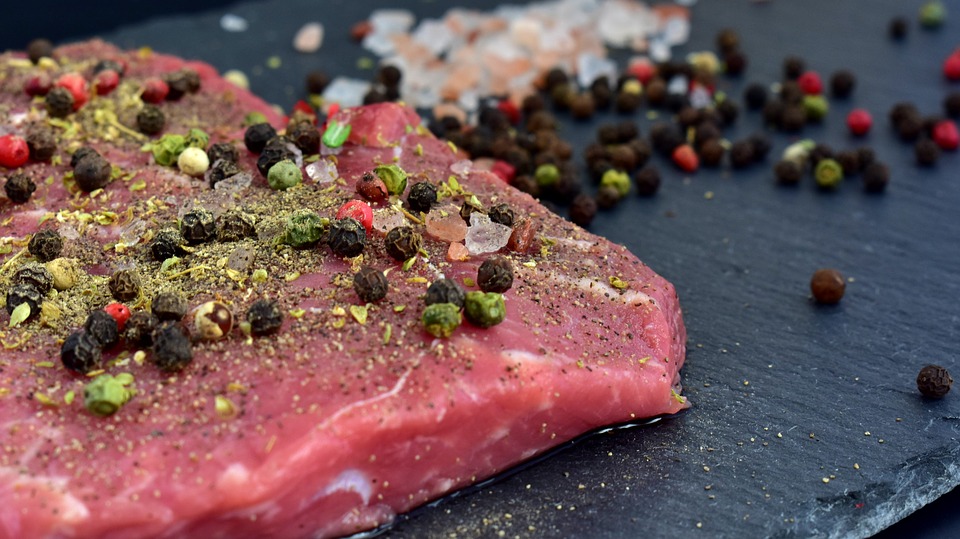 But after having prepared this dish many times using different meats (beef, pork and skirt steak), I’ve managed to finish this dish in a mere 1 hour of cumulative prep time by following some basic guidelines and tips, which I will share with you below.

Most people marinade their meat piece while making the carne asada and thereby spend a really long time waiting for the meat to absorb the flavor; and then the meat ends up not even fully marinated because of their lack of patience!

This process of marinating beforehand will require you to prepare the marinating ingredients and undertake the procedure for marinating. You don’t have to bend over backwards to marinate, though. It’s actually pretty easy; you can just do it while preparing another meal. I’m not the type to go into the kitchen just to take care of something that can be done in 10 minutes; I go all out every time, and it barely feels like any extra work is done when I set aside a little bit of time to get ready for tomorrow’s dinner.

So have no fear of time spent.

Marinating should be done 24 hours before the intended time of use. This ensures that the meat piece is fully flavored, tender and easy to prepare. This process helps the meat piece (skirt steak or flank steak) to absorb the flavor. 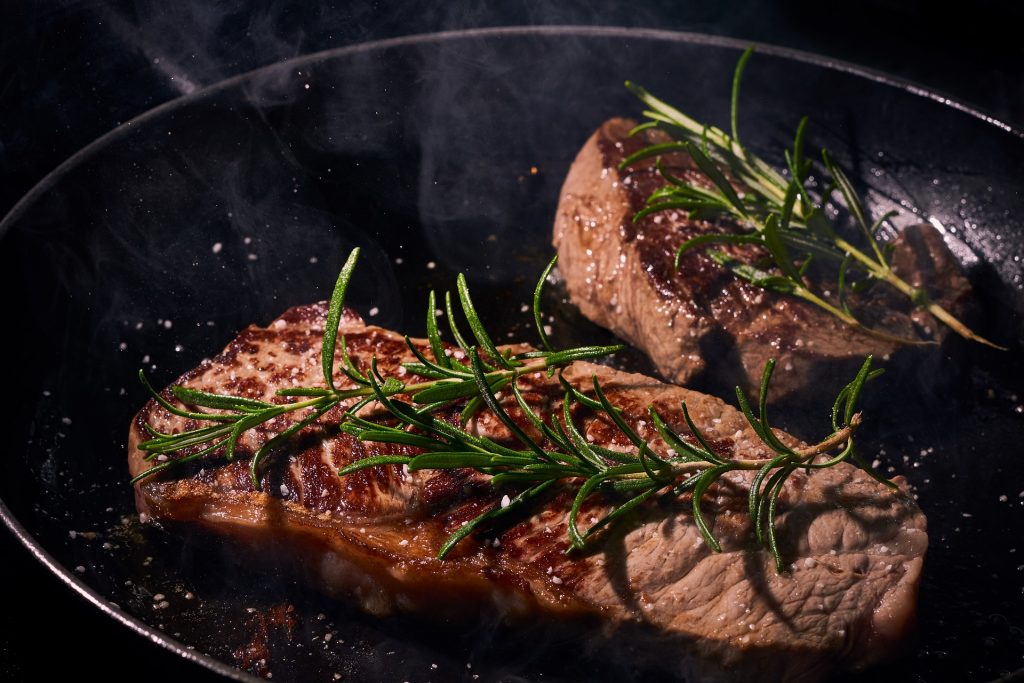 There are basically two ways to prepare the carne asada which are preparing on a stove top and using a grill (which is the most popular method). I will be giving detailed instruction on how to use both methods and also state the use of one over the other, so you know when to use a stove top and a grill. But let’s look at how to prepare the carne asada using the skillet and then the grill.

The ingredients for preparing the Marinated carne asada include:

Cooking Carne Asada in a skillet

Using a skillet to produce this dish is not common practice. But once I realized I could relieve myself of the stress of setting up my grill by using this simple and unique technique, I knew I had made a breakthrough. Preparing on a grill is lovely, don’t get me wrong, but it takes a lot of time, especially when you have to set up the grill.

One unique advantage the stove top method has over the grill is eliminating the time spent setting up the grill, eliminating the production of grill lines (which causes concerns during serving) and energy use. Stovetop cooking gives convenience in preparation and control in terms of regulating the cooking heat. Specifically, cooking on a skillet gives a better taste by preventing quick evaporation of the absorbed ingredients.

Procedures for preparing the Carne Asada on a skillet

Sprinkle cheese on it and it is ready to be served.

Cooking the Carne Asada on a grill

This is the most popular way of preparing this dish. It can be time-consuming but ensures that the dish is well prepared. This method should be used when the carne asada is to be prepared for a large number of persons because it gives room for the preparation of the large meat piece as a result of the width of the grill. More meat pieces can be prepared at one time.

Procedure for preparing on a grill includes:

Both methods work perfectly but are very different in the way they should be applied. For carne asada prepared for personal consumption, preparing on a skillet works just fine but when this dish is to serve a lot of persons, then a grill is more preferably as lots of the carne asada can be prepared at the same time.

The most appropriate way to serve the Carne Asada 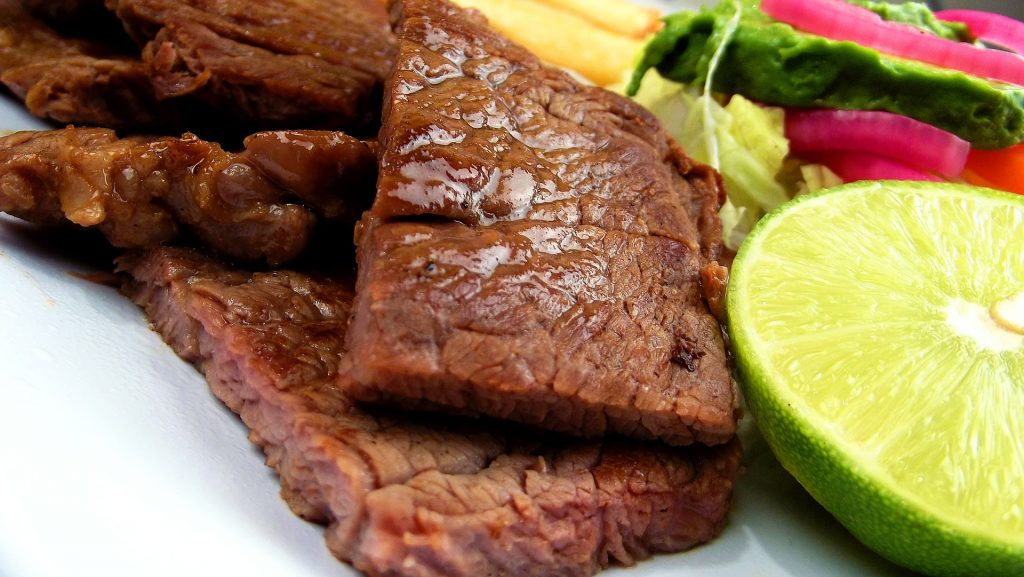 The method of serving the carne asada prepared on a skillet is totally different from preparation on a grill. When the skirt steak or flank steak is prepared on a grill, grill lines are produced and it therefore requires little expertise in cutting the carne asada as one would need to cut against the grill lines to prevent the meat piece from breaking off easily when eating.

But preparing the carne asada on a skillet eliminates the production of grill lines and hence gives more convenience as one will only have to cut the meat piece according to desire, relieving one of the need of that minor expertise. This dish can be served together with fries, rice, beans, etc.

Consuming the Carne Asada on a skillet

As far as health is concerned, you should always watch your rate of red meat intake. Carne asada has nutritional worth, but when consumed in excess, it can pose a serious health threat. I incorporated this meal into my weekly menu, but never more than three times a week.

Precautions must be taken as far as this dish is concerned, because as good as it tastes, it can be really addictive. Also, when carne asada is prepared on a skillet, you get less of a mess; the lack of grill lines prevents the meat from falling apart when it is not properly sliced. 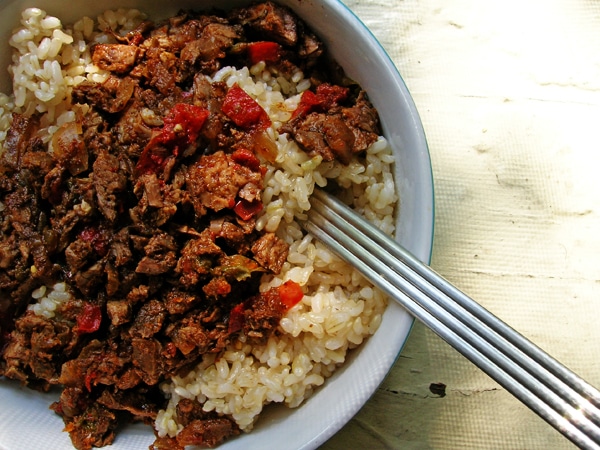 Friends always compliment me on a job well done when I get the opportunity to serve carne asada to them; all I do is follow the above instructions!

This dish has a wide range of applications and goes together with almost any side dish you can imagine. If you intend to impress that lovely person or to show your spouse just how romantic you are and what amazing things you can do when you get busy in the kitchen, then you should definitely be making carne asada.

Carne asada is a dish for all events; believe me when I say it is appreciated by all not because of its heritage but because of its distinct taste and uniqueness. The major standout quality of a pan fry carne asada is that there are no rules as to how, why or where it can be prepared. Its preparation requires no special skill or style of meat.

In the absence of a grill, a skillet can be used to cook carne asada. This optional benefit gives convenience and provides ease of preparation. Above all, though, there is nothing more pleasing than a satisfying dish, and that’s what you get every time with carne asada. 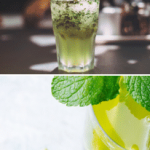 ▷ All You Need to Know – Swamp Water Drink ◁ 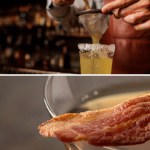 A Guide to An Irish Breakfast Shot – A Breakfast Twist